25 of the 28 entrants were present at the conference, with Tama Tonga, Lance Archer and El Phantasmo absent as a result of travel delays. First to take the stage was A Block, headed up by the 2021 winner. 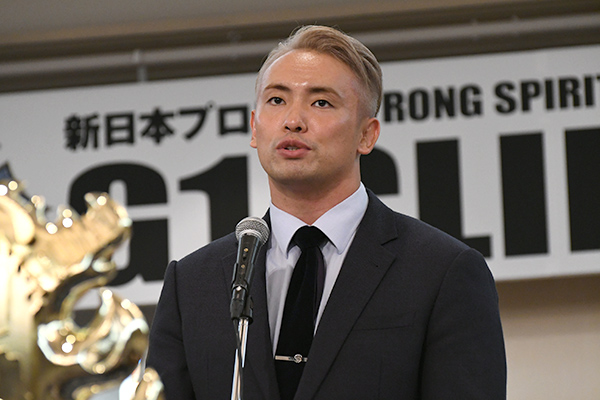 Hello everyone. Last year I won the G1, but it wasn’t via pinfall. An accident led to a match stoppage, so this year I want to go back to back and do things right in the process.

We’re here in Meiji Memorial Hall, and the entire place looks slanted because of the weight of humanity on this side of the room. That’s how many monsters are in A Block, but that just means we can really have a block full of the true essence of pro-wrestling. Slaying giants is just what wrestling is about, so I think A Block is going to be the most fun.

In the first half of the year, although I lost the IWGP World Heavyweight Championship recently, I was able to carry NJPW through to the summer. Some whiny owner said something about wanting to boo matches, but that isn’t the case with me, and in this G1 I will bring you emotion, passion and dreams to live through. 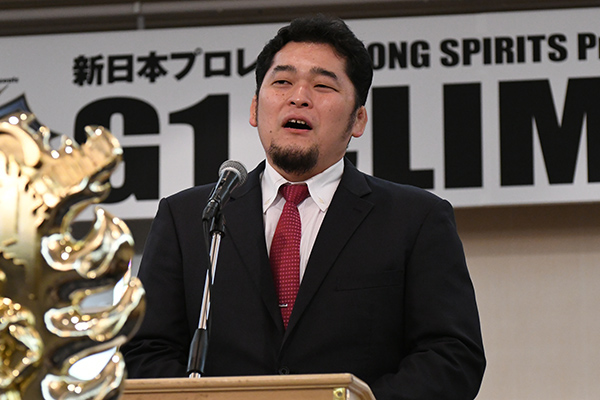 Hello. Ever since the blocks were announced I’ve been too scared to sleep at night. This place is full of terrifying people. But I represent the great Nippon University! A Nichidai alum fears nothing! So you can expect to see me at my most fearsome! 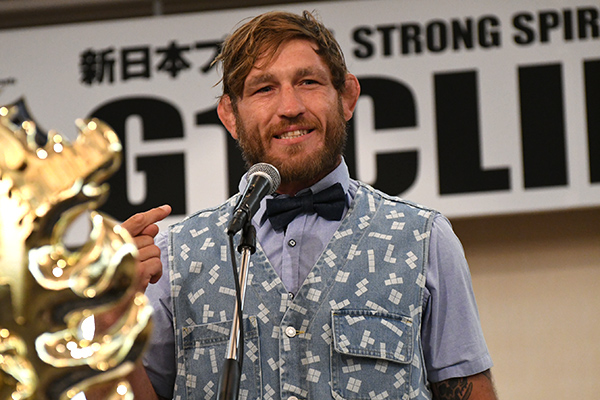 Hello Japan. It’s my pleasure to be here. I grew up a fan of mixed martial arts and professional wrestling, and it’s my honour to compete in this country. In the hottest days of the summer, it’s going to get even hotter. It’ll get downright filthy, because Tom Lawlor is going to show the “superhuman”, the “monster hunter monster”, Bad Luck Fale, the Imperial Unit, JONAH and all of Japan exactly who the strongest for the longest is.

These guys might be the best wrestlers in the world, but you’re looking at one of the finest fighters on this planet. When the G1 is done, I guarantee it will have been the filthiest one of them all. 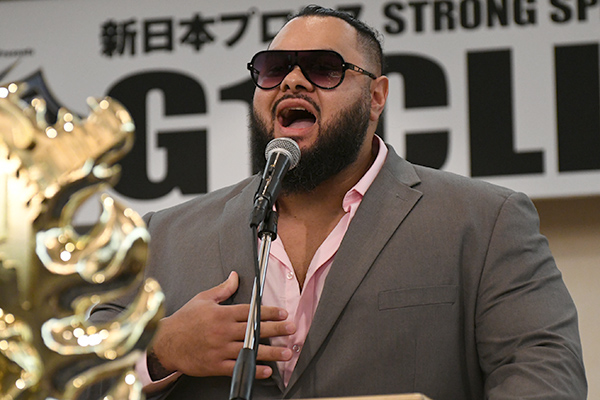 I came here to face the best competition in the world, but as I look around, I don’t see it. See, I am the best super heavyweight in the world of professional wrestling. I am the Top Dog and I plan on making the G1 Climax mine. No-one can stand in my way.

If you don’t know me from my time on the independents, or in WWE, you will know me from the impact and the statement I make in the G1. For too long these last few years it’s been more of the same, and I think there needs to be a change in NJPW. I will be the violent cosmic shift, because I am mighty, and the Mighty Don’t Kneel. 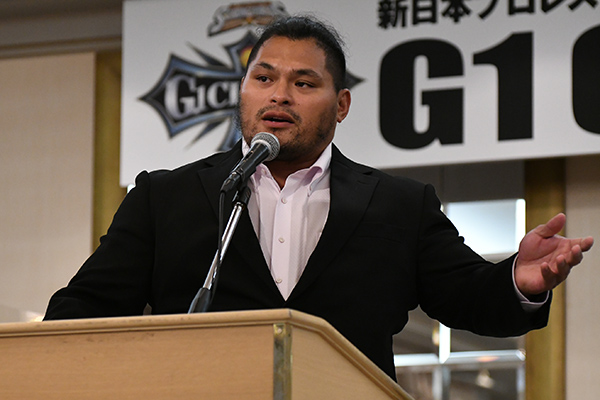 I’m sure you’re all thinking that Jeff’s going to come here and talk about giving 27 other wrestlers a Tour of the Islands, suplex all the A Block, B, C, D as well, blah blah. You know that’s going to happen.

The only goal I have for the G1 right now though is in Sapporo. Last year Okada stole my G1 and I plan to make that right this year. Yano, JONAH, Fale, Tom, Lance wherever he is, the only thing those guys will steal is protein. As of today, the A Block monster winner is Jeff Cobb. See you in Sapporo. 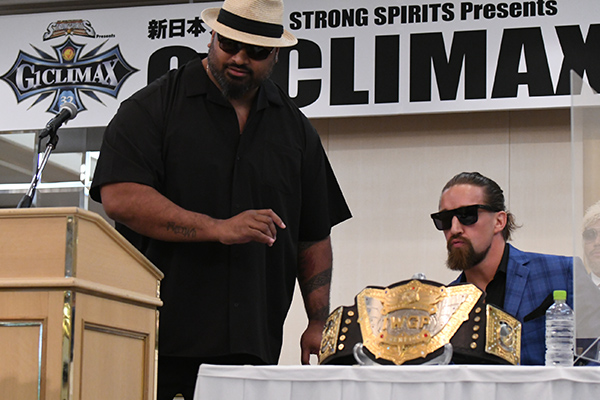 Regardless of what you may all think, you are looking at the best wrestler in the world, Jay White.

Anyway, I’m glad that we finally have some big wrestlers so I can show you how great I am.