25 of the 28 entrants were present at the conference, with Tama Tonga, Lance Archer and El Phantasmo absent as a result of travel delays. After A Block comments were complete, IWGP World Heavyweight Champion Jay White started the B Block. 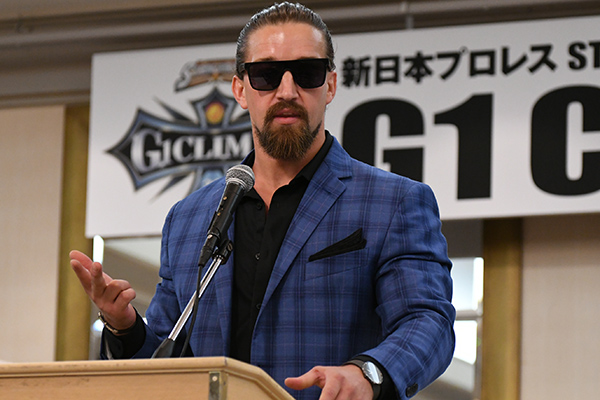 Let me start by pointing out an obvious pattern. In 2019, I beat Hiroshi Tanahashi for the IWGP Heavyweight Championship, and that was immediately followed by the largest New Japan Cup in history in order to find someone to take me down. 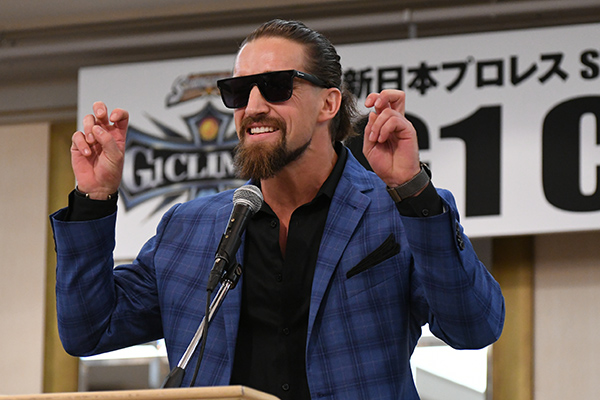 So now New Japan goes to their back up plan, because they don’t like me being champion. So they have the largest G1 in history, once again to find somebody to take me down. That’s what happens when you’re the Catalyst of Professional Wrestling. These events happen simply because of my presence. I make the world turn.

Now look at this field, and look at who’s in here. Guys in their first G1, and guys who are returning. So to those guys getting those opportunities, you’re welcome. On that note, I’m disappointed that Tama (Tonga) isn’t here today because I was looking forward to him coming to thank me. Because if I didn’t make the decision to cut him from BULLET CLUB, he wouldn’t have made new friends like Okada and Tanahashi.

Without me cutting him from BULLET CLUB, he wouldn’t have gone on to win the NEVER Openweight Championship, as brief as that may have been, thanks to the Machine Gun Karl Anderson. Obviously the lights were bright that night.

Most of all I was looking forward to a thank you from Tama for not cutting Hikuleo from BULLET CLUB and me taking him under my wing. Because of that, Tama, on the back of BULLET CLUB, he can feed your family and carry on the family legacy. Shame you couldn’t be here to thank me in person, but Tama- you’re welcome. 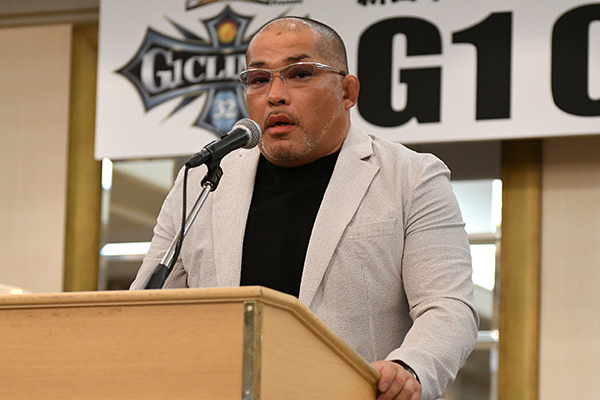 As deep as I’ve dug this year I haven’t produced results. This time, no matter what it takes, I’ll show all I have, I will win, I will get results.

In absentia, Tama stated ‘the shackles are off, and I will take you all down’. 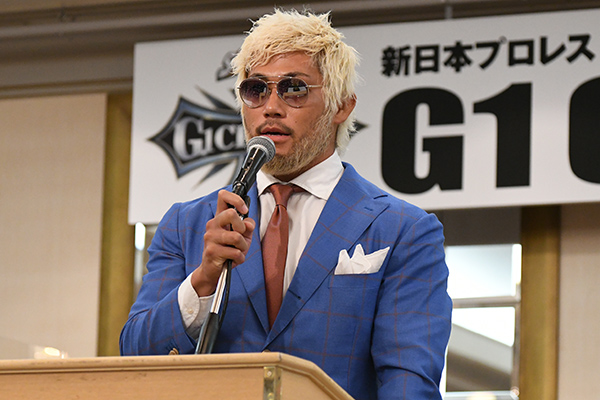 Personally, I became a champion this year but got injured right after and had to vacate, so things really didn’t turn out the way I wanted. This G1 is where SANADA truly returns. 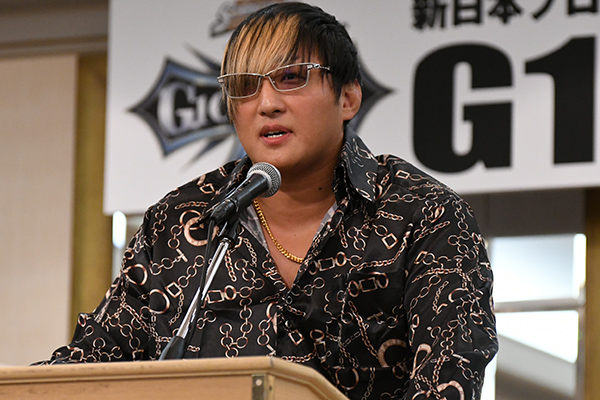 Finally I got my YouTube channel in the hype videos for this. Maybe compared to these guys I’m not a hot topic in the ring, but out of it, nobody beats the conversation I’ll start. Nowadays you have to be as skilled outside the ring as in it. I’ll win this G1, then I’ll delight all my subscribers with a special live stream.

When I stream me winning this trophy, you know what’ll happen? I’ll get tons of ad money, a bunch of Super Chat tips. In other words, I’ll make it rain. Naoto or Okada, they might say they’re money in the ring, but I’ll make it really rain for NJPW and Bushiroad on YouTube. 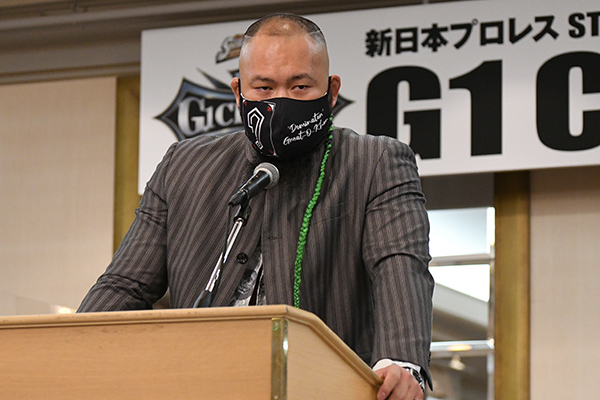 What do you want us to talk about?
Our goals? You think we plan on losing? We’ll win every match, that’s all. 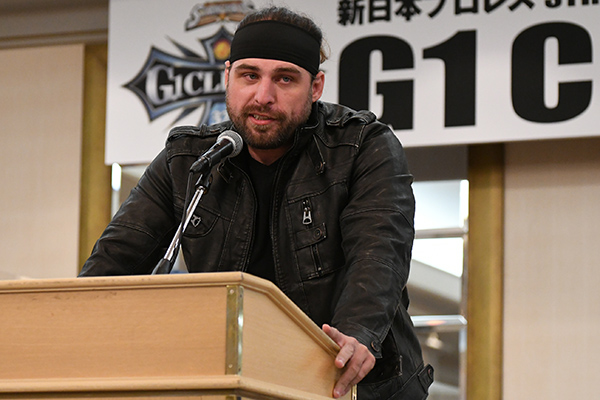 Here we are. Second G1, and though last year didn’t go how I wanted, what came out of it were the first points of my career at the expense of Hiroshi Tanahashi.

Big upset, right? So who’s the upset this year? O-Khan? I beat him in DC. Tai chi? I beat you last year, you’re not an upset. SANADA? Ishii? Jay?