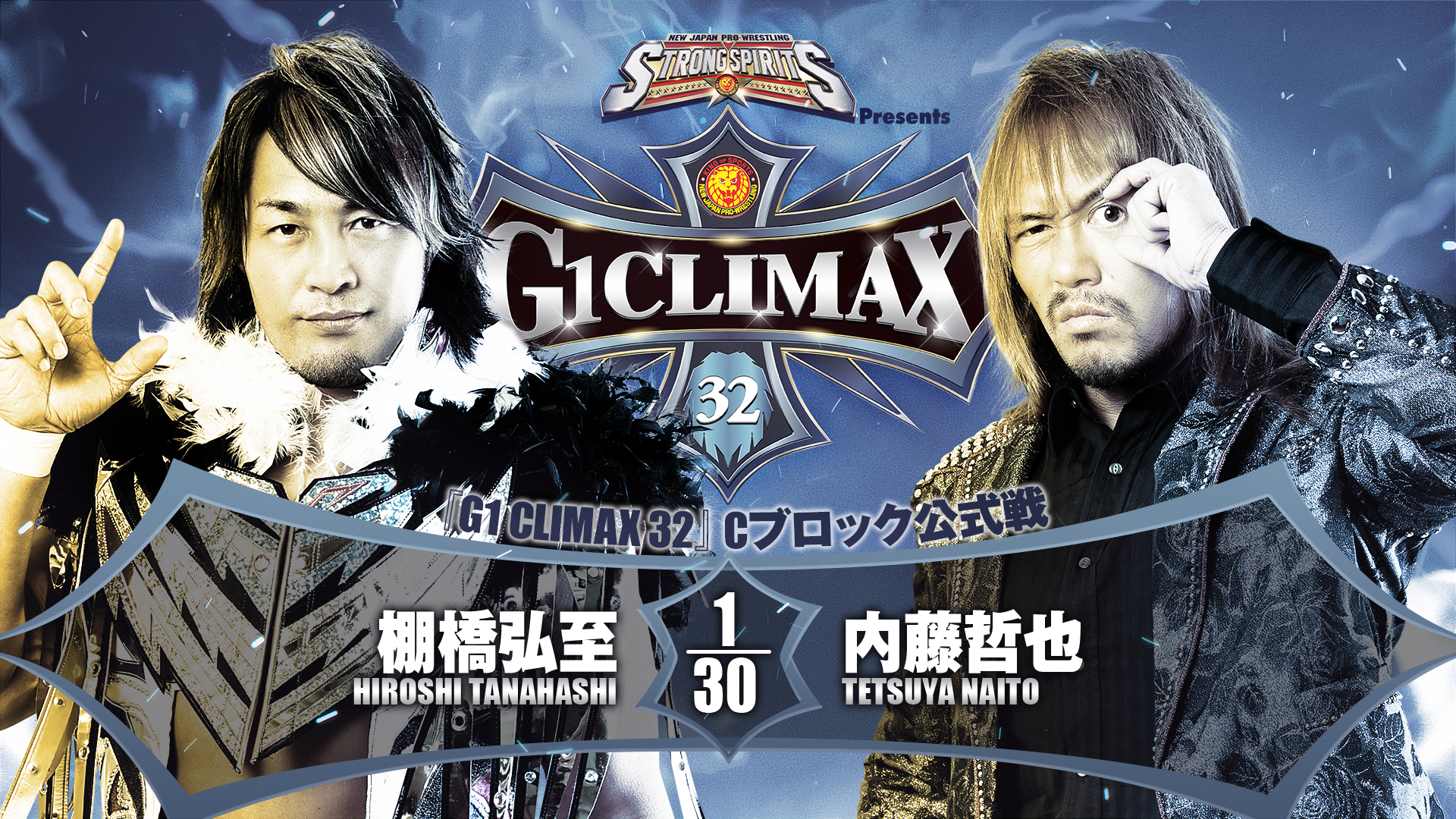 Hiroshi Tanahashi faces Tetsuya Naito in the main event in Ota, a battle between two familiar foes with their backs against the walls. Having lost their respective openers against Aaron Henare and Hirooki Goto, Tanahashi and Naito know the loser of this bout will have an extremely difficult path to the final four in the Nippon Budokan, a need to win that will supercede the long personal history between the two.

From the Ace’s first victory over the then Young Lion Naito in 2008, Tanahashi has been a key adversary for Naito at different phases of his career. In 2010, foru singles matches through the year saw Naito begin to transition away from tag team competition in No Limit into being his own man. In 2013, Tanahashi was Naito’s final opponent in his first G1 Climax victory, and through 2015 and 2017, their singles clashes were key as Naito established his long standing presence at the fore of Los Ingobernables De Japon.

It was in the 2017 G1 that Naito started a three match win streak against Tanahashi, and El Ingobernable finally moved ahead of the Ace in terms of all time career results by eliminating Tanahashi from the New japan Cup with a jackknife pin. Yet Tanahashi does not want to be counted out of G1 Climax 32. After Goto ended a five match losing streak against Naito in Sendai, the Ace will look to end his own downturn against El Ingobernable in Ota. 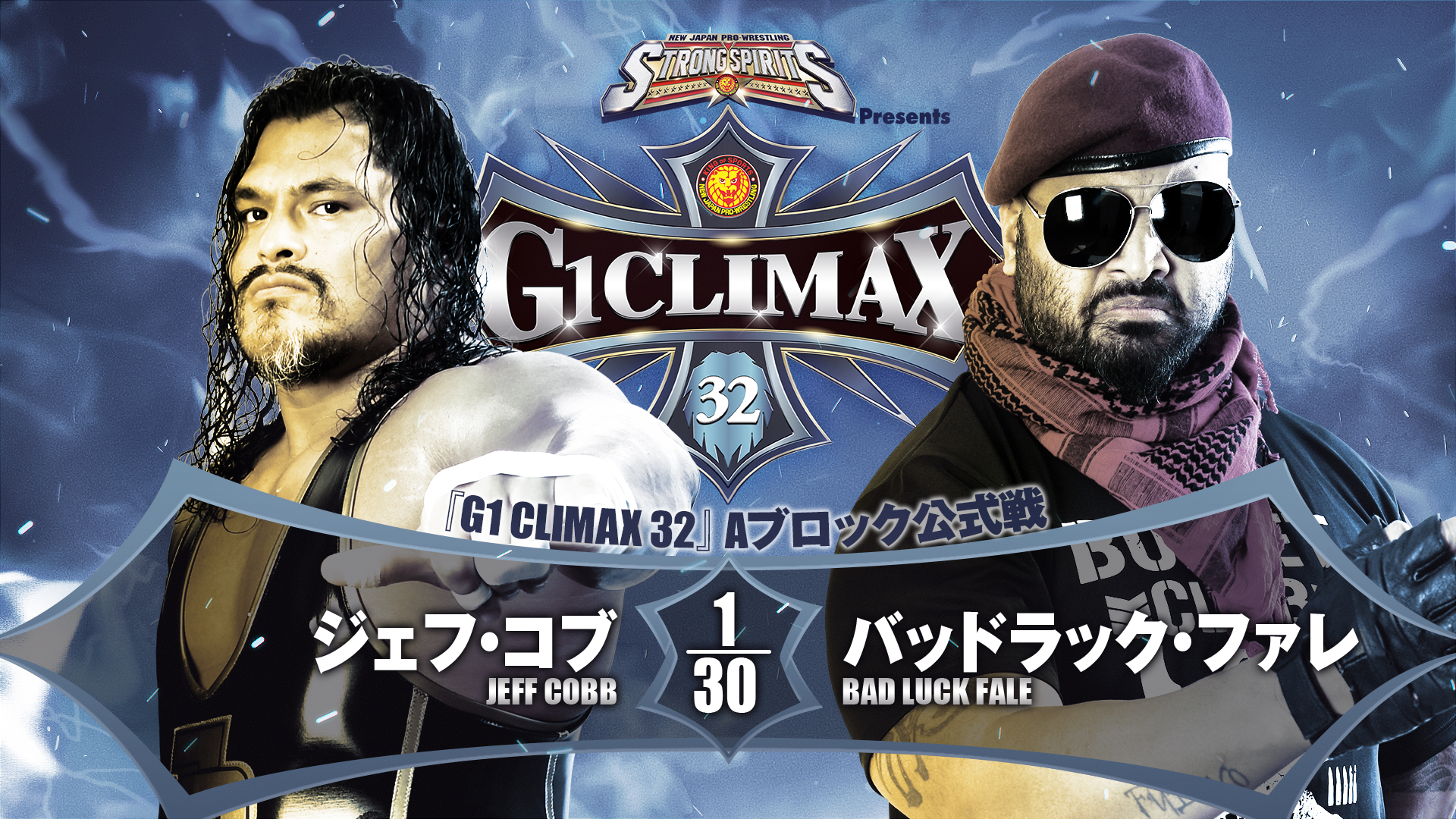 A first time singles meeting for Jeff Cobb against bad Luck Fale sees Cobb needing a convincing win over the wily Rogue General. Fale’s strategic mind saw him lure Lance Archer to the floor in Sendai, where despite heavy artillery being deployed by the Murderhawk Monster, evasive maneuvers saw him win via countout. That put Fale at the head of the A Block table, where Cobb lingers at the bottom after an opening night loss to Kazuchika Okada. While one loss is survivable in the G1, two will make topping the block very difficult, especially against a high order opponent like Okada, and Cobb knows this is all but win or go home for the Imperial Unit. 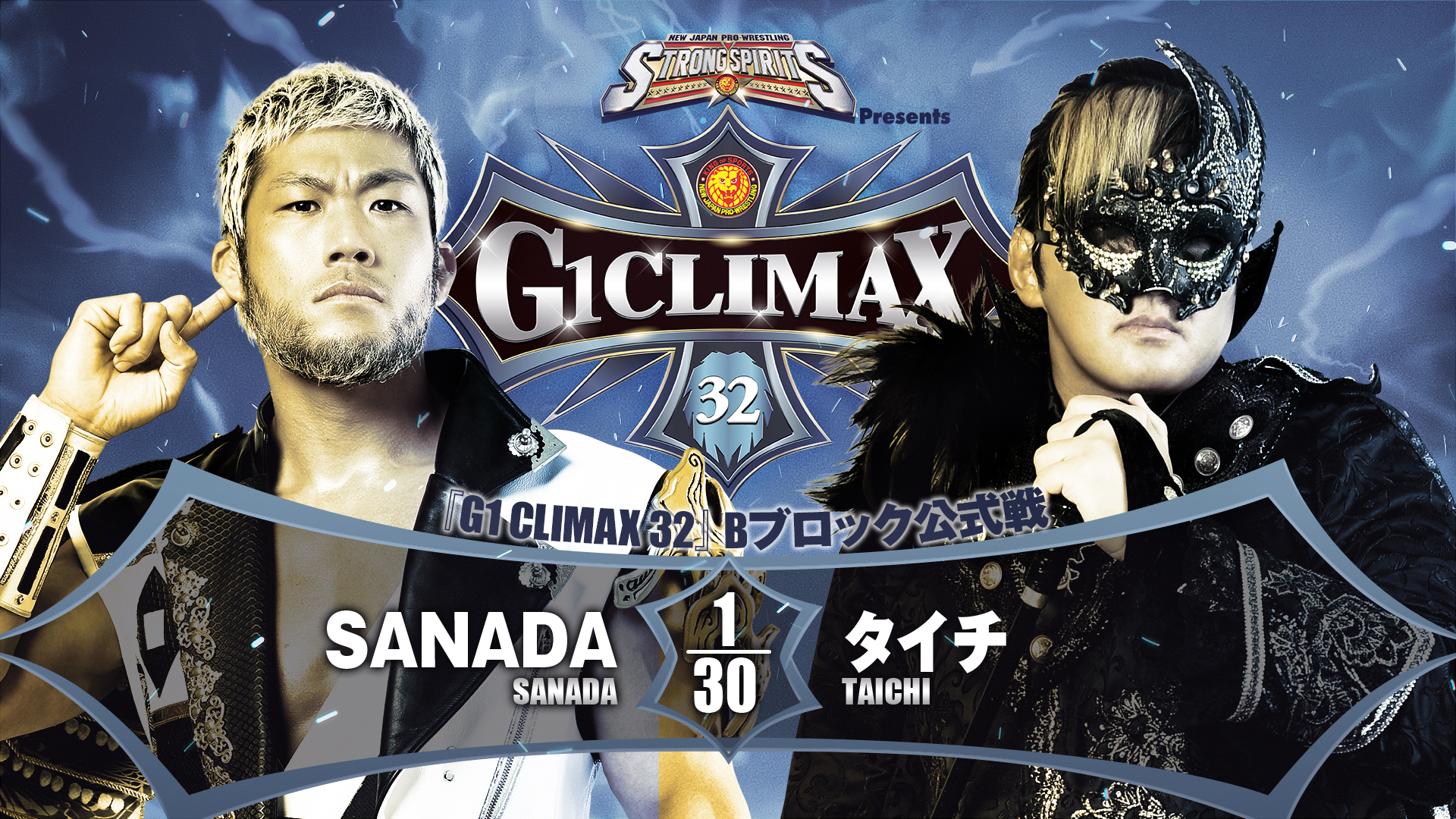 Much like Jeff Cobb in A Block, SANADA had a difficult go of it in Sapporo B Block action, losing to Switchblade Jay White and putting himself behind the metaphorical eight ball. Cold Skull will need to stop Taichi from evening their current 2-1 record this afternoon in Ota, and will need to tap into his killer instinct to do so in a match between two competitors with considerable mutual respect. Referencing SANDA’s backbone within All Japan Pro-Wrestling, albeit in a different era to his own, Taichi has long held SANADA in high esteem, leading to matches that have harkened back to the glory days of AJPW.

While many a NJPW competitor will reference NJPW’s origins in Ota-Ku Prefectural Gymnasium 50 years ago, Taichi will harken back to Jumbo Tsuruta unifying the Triple Crown against Stan Hansen in this building in 1991; SANADA couldn’t be any different philosophically to Hansen, but Taichi will be seeing himself as Tsuruta on this day in Ota as he tries to go 2-0. 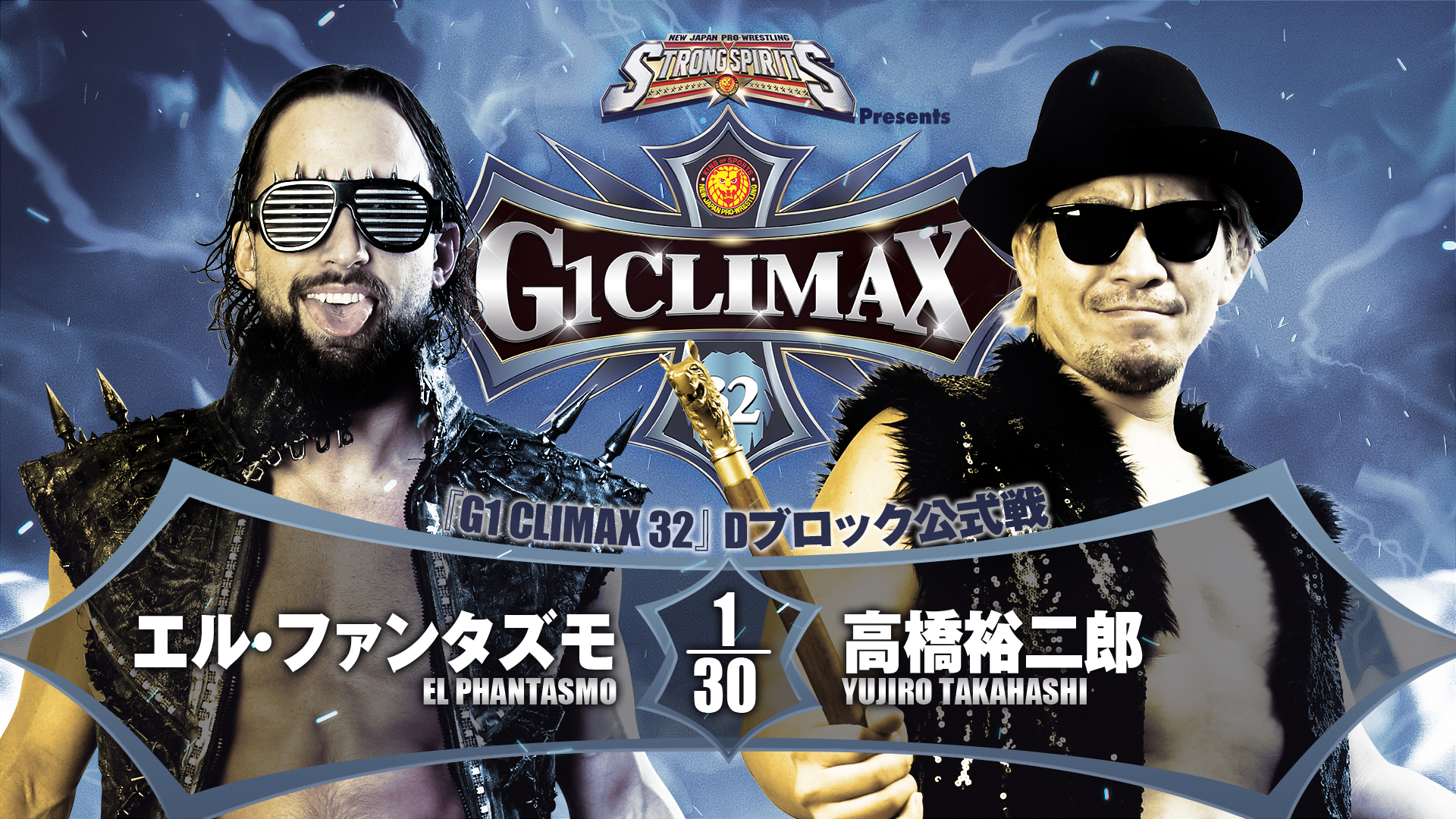 El Phantasmo and Yujiro Takahashi’s second respective matches in D Block see a BULLET CLUB derby- of sorts. Despite teaming with HOUSE OF TORTURE members on recent undercards, El Phantasmo has been somewhat sceptical of H.O.T’s stance within BULLET CLUB and certainly does not trust Yujiro’s self restraint when it comes to bending the rules, even against a supposed teammate.

Certainly Takahashi welcomed SHO’s presence in Sendai earlier this week as he skated to victory in a match filled with interference and traditional H.O.T chicanery. Knowing that the Tokyo Pimp has no better nature to appeal to, how will ELP plan on bouncing back from his opening weekend loss to Will Ospreay on Sunday? 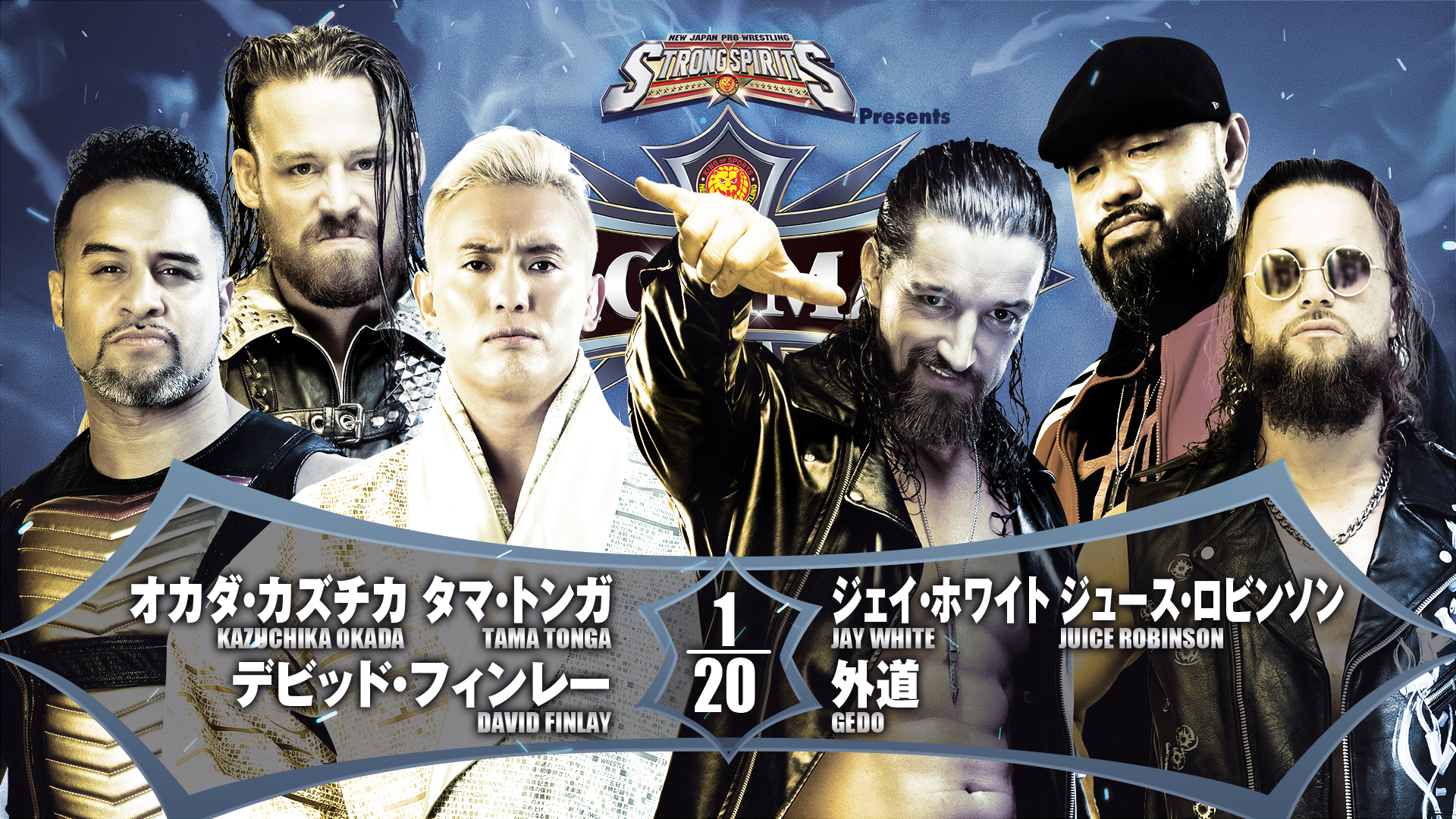 The IWGP World Heavyweight Champion will be in a familiar and welcome spot as the center of attention today, as Switchblade Jay White will share a ring with Kazuchika Okada for the first time since Forbidden Door, and with a lot of issues still to be settled after White captured the world title from the Rainmaker in Osaka Jo Hall last month. While Okada and White will almost certainly do battle again one on one sooner rather than later, it’s Tama Tonga that will have the next crack, on August 16 in the Budokan. Before that though, David Finlay will meet Juice Robinson in Korakuen Hall. Former partners and former friends will be doing battle in a match where personal issues and professional pride will be on the line, and this will be a heated and passionate preview in Ota. 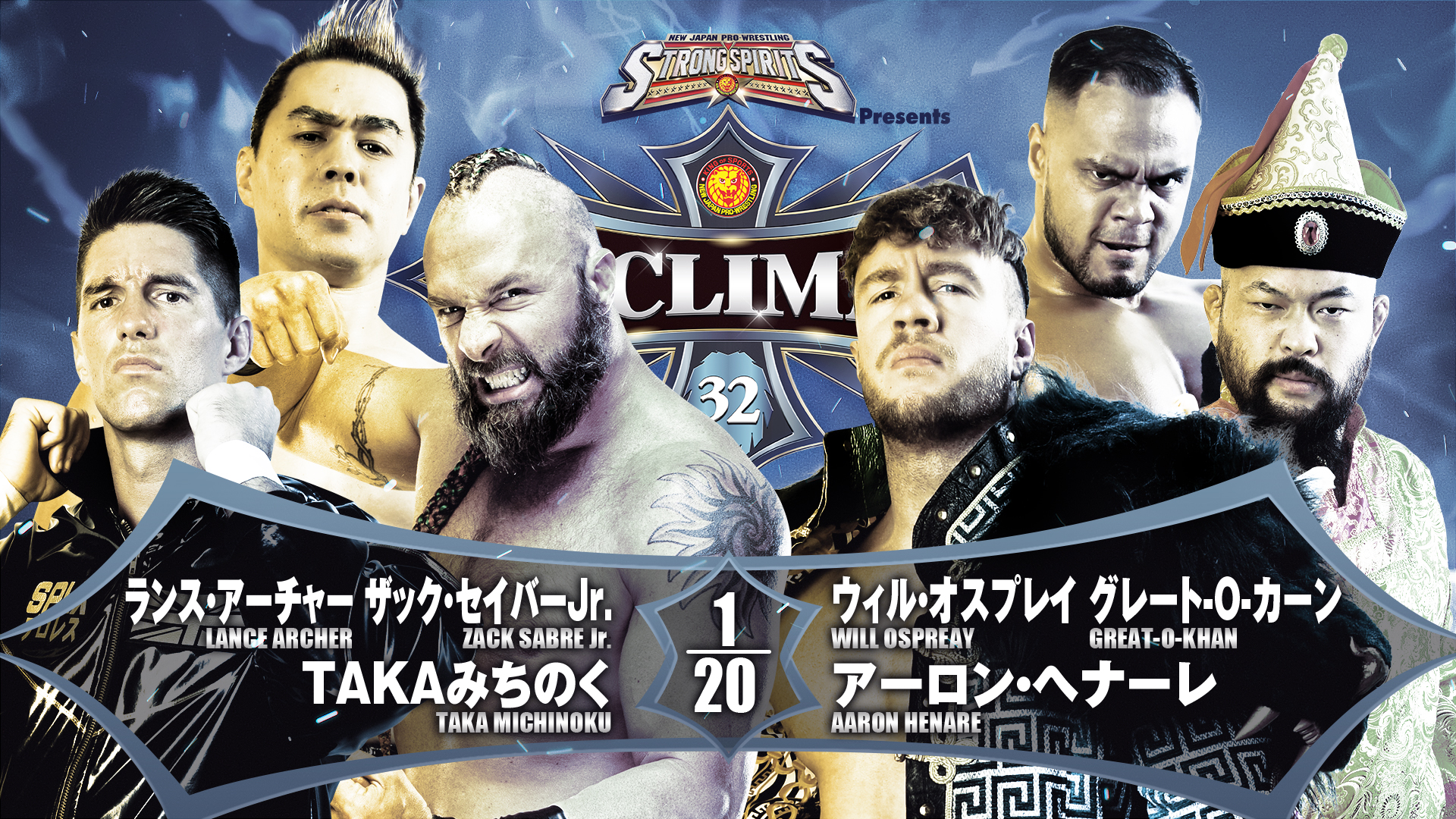 United Empire and Suzuki-Gun meet in six man action Sunday. While Aaron Henare and Zack Sabre Jr. will have already wrestled their league match on Saturday night, and separate blocks will mean these participants will not meet one on one until the semifinals on August 17 at the earliest, common threads exist between these men, and ill will along with them. Zack Sabre Jr.’s submission win over Will Ospreay in the New Japan Cup is something that the US Champion still has not accepted, while fans still remember his thriller in Dallas in the 2019 G1. O-Khan’s battle with ZSJ meanwhile was a highlight of last year’s tournament and this year’s New Japan Cup, and all eyes will be on their exchanges today. 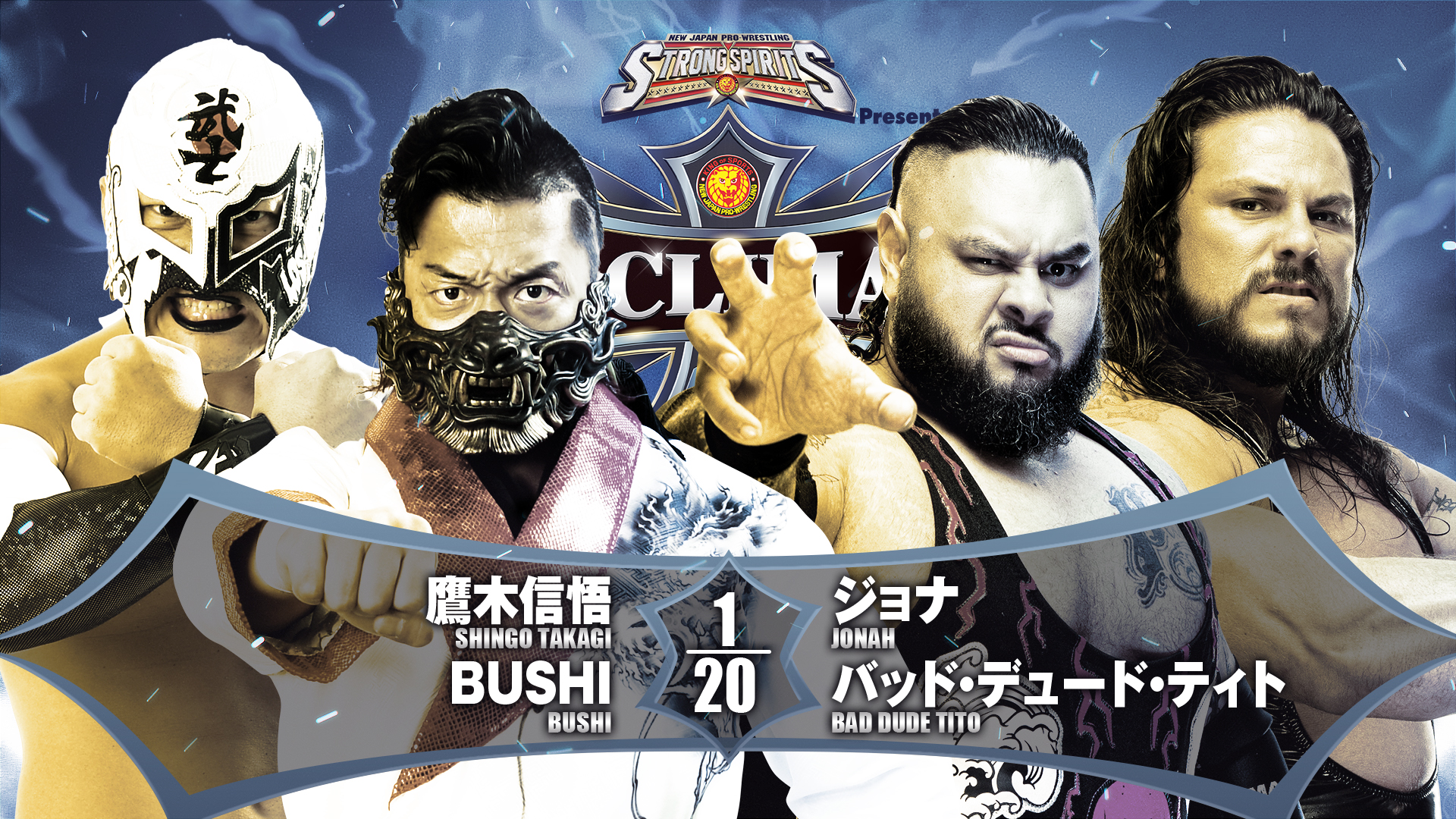 An intriguing tag team bout will see Shingo Takagi and BUSHI team opposite JONAH and Bad Dude Tito. When Takagi headed to the US for PWG in 2018, he struck up a relationship with JONAH, and the Dragon was excited to see JONAH enter the NJPW fold in November 2021. When the G1 blo0cks were broken down, Shingo was disappointed at not having the chance to take on the Top Dog, but will do so in tag action today. 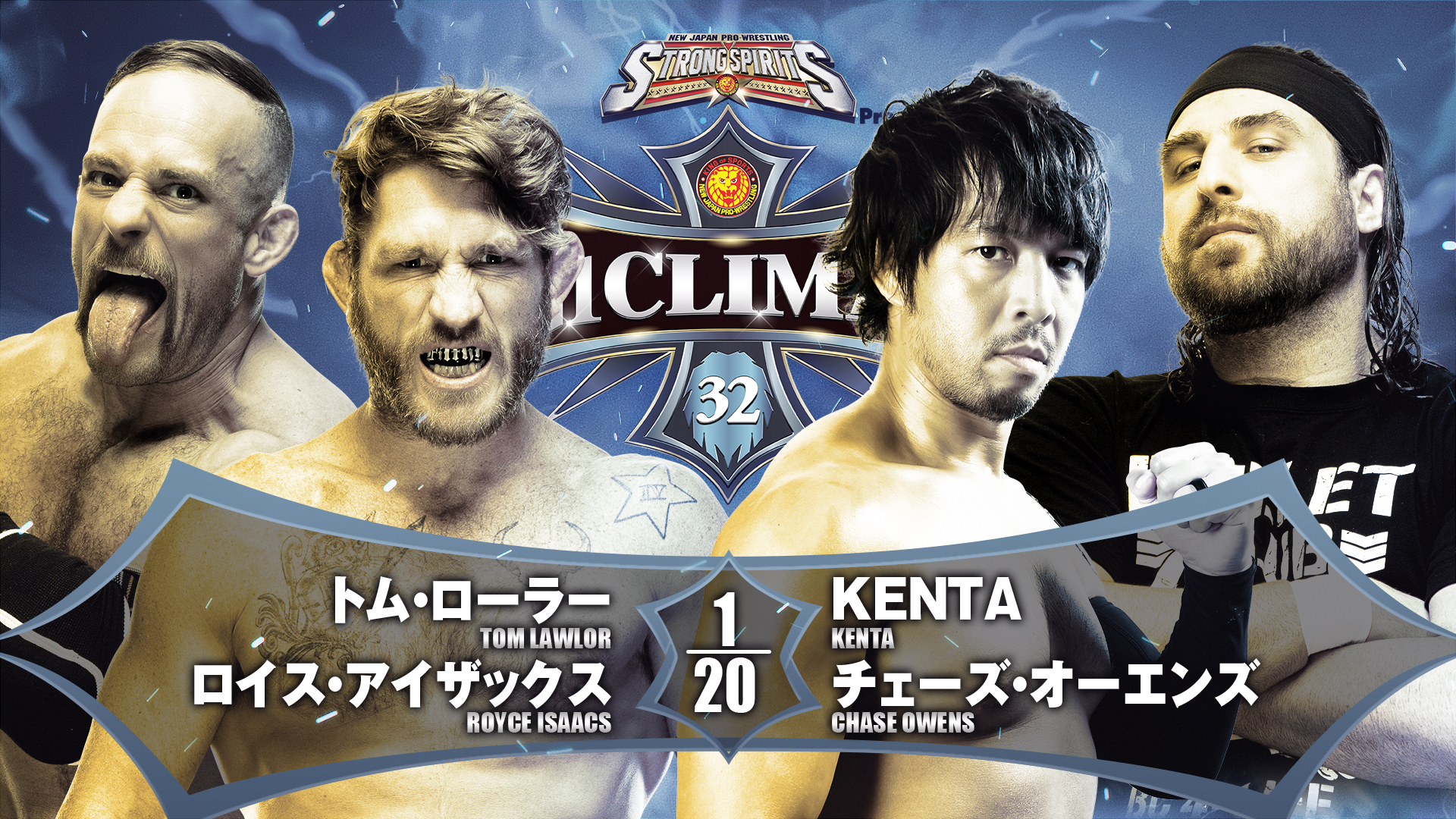 One of the latest starters in the G1 alongside EVIL and Great-O-Khan, Tom Lawlor is itching to get in the A Block swing of things against Lance Archer in Korakuen Hall Wednesday. Before that though, he’ll take on KENTA and Chase Owens in an intriguing bout stylistically for he and Royce Isaacs. The striking and submission games of Lawlor and KENTA make this one to watch, but don’t discount Owens’ tactical knowhow and Isaacs’ brute force either.

After Toru yano helped Bishamon and YOH to NEVER Openweight 6 Man success before the G1 Climax, they meet a vengeful HOUSE OF TORTURE today. Perhaps El Phantasmo might be in the rare position of pulling for CHAOS to win tonight, and ensure no interference in his D Block match with Yujiro Takahashi later in the afternoon; might today’s opener influence events later in the afternoon?