Ace’s HIGH #97: Appreciation of the Classics

–After you lost the IWGP Heavyweight Championship to Kazuchika Okada, you were a apart of the All Together main event card. The event was to benefit victims of the eastern Japan disaster of the previous year, and you teamed with Suwama of All Japan and Takeshi Morishima of NOAH to face NOAH’s Go Shiozaki, Tetsuya Naito, and then AJPW’s Seiya Sanada, who we now know as SANADA. How was that first meeting with him?

Tanahashi: He was still in his early 20s back then, but he had that Osamu Nishimura style classical vibe. He was definitely my kind of wrestler.

–Nishimura inherited his style from Tatsumi Fujinami, and you’re definitely a Fujinami devotee.

Tanahashi: In January 2022 when I had my choice of opponents, I put his name out there. I think there was something that clicked with me and him from that first meeting in 2012. He was this young guy but doing this very classical stuff, regardless of what the trends of the time were. He had a clear vision of what he wanted to do, and that’s what appealed to me I think.

–March 4 in Korakuen Hall, Kazuchika Okada defended the IWGP Heavyweight Championship for the first time against Tetsuya Naito at Anniversary. It was the first time in 17 years that the title was contended between two wrestlers in their 20s. Famously, you, Shinsuke Nakamura, Hirooki Goto and Togi Makabe were all watching that match. The four gatekeepers, the four pillars at different parts of the arena.

Tanahashi: We never talked about this beforehand, but it just so happened we were watching from each of the four cardinal directions in the building. It was pretty dramatic in and out of the ring in that regard. The match was amazing.

–From there, we headed into the New Japan Cup. Okada wasn’t in the tournament as the reigning IWGP Champion, but you defeated Toru Yano, Tetsuya Naito and then Karl Anderson to face Hirooki Goto in the final.

Tanahashi: At this point we had both won two cups, so this was the battle to decide who was ‘Mr. March’ in NJPW. In the end Goto won that label, and this was the first time he beat me in a singles match. 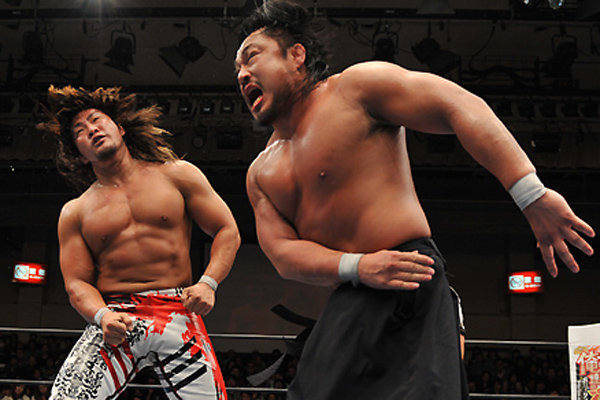 –Goto won his third Cup and challenged Okada in Fukuoka that May.

Tanahashi: Goto had more than a few chances, but I think here he was lost as soon as Okada made his entrance. Okada’s sheer presence and push at this point was overwhelming, for Goto and Naito both.

–But after you beat Naito in the second round of the cup, you said backstage that ‘I rate Naito higher than Okada, he understands a lot more about the business’.

Tanahashi: Oh! I don’t remember that at all, haha. I think that Naito was the most rattled by Okada’s return and was working super hard, so I think I wanted to put him over a little. I’ll never forget that before Naito went on excursion, at his sendoff party, he was pretty wasted and said to me ‘it doesn’t matter, this place all belongs to Okada anyway’ (laughs). So there was a bit of a response to that in there.

–Okada beat Goto and then you moved to challenge, but Naito entered the picture.

Tanahashi: He wanted to win the title before he turned 30, and this would have been his last chance so he challenged me to a number one contender’s match.

–But having lost in march, and then you in the cup…

Tanahashi: The fans turned on it. I don’t think he was able to change everything just on personal grounds like that. He showed that he clearly wanted the belt, but that alone won’t get everyone on board. 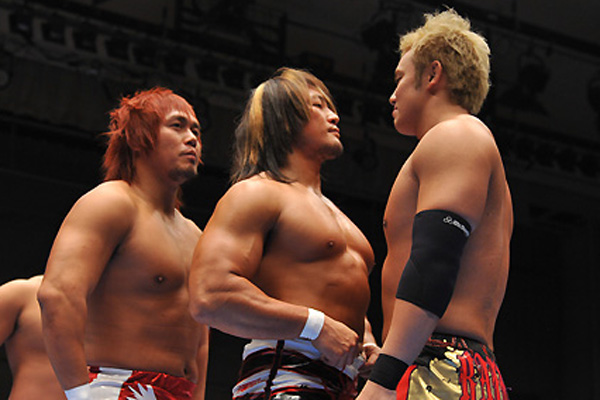 –In the end, Okada pinned Naito during a tag match during the next series, which silenced Naito.

Tanahashi: The champion sorted it out himself. But yeah, Okada’s return really derailed Naito.

–At Dontaku, Okada addressed you on the mic by saying that you had brought Dontaku back to the Fukuoka International Center but that he would bring it to the Fukuoka Dome. It took another ten years, but Okada would main event in the Fukuoka PayPay Dome at Dontaku 2022.

Tanahashi: Ah, that son of a bitch (laughs). I took NJPW from Across Fukuoka, to Hakata Starlanes to the International Center and then he kept going. I was in the main event in 2012 and then the semi ten years later; he main evented both. And ten years from now, he’ll be 44; still a year younger than I am now!

–You faced Okada on June 16 in Osaka in the end, and came away with the title, getting your revenge in the same venue as the Rainmaker Shock.

Tanahashi: A big theme of that match was me changing up the variations on my Slingblade and using it as a counter at short range. I get less rotation than if I get a full run up, but it’s effective even with just one step leading into it. The point was that Okada forced me to change up my own game and evolve, I think.

–You seemed a little emotional after the match; how did it feel to get your revenge from earlier in the year?

Tanahashi: Actually in February a friend of mine from college came out to see me and Okada wrestle, and he had passed away that April. He was the head of the pro-wrestling club at school, and I remember after the February match he chewed me out for losing, heh. I didn’t make a story of it, but when I had the belt in my hands I thought of him and it all came rushing over me.

–Emotions aside, how did it feel wrestling Okada this time as compared to February?

Tanahashi: He’d really come a long way in a short span, and he’d changed a lot about how he’d put together his matches. The Rainmaker had evolved into the form we see it now, and just the way he thought about the little things had changed up; he was much closer in June to the Okada we know today. So I think if you can compare any two of our matches, the biggest difference would be between February and June 2012, I feel.

–So he was starting to put the pieces together.

Tanahashi: Like if you look at is dropkick, it was right at that Goto match that he started using that move to start going home toward the finish; no matter how hard you press him, he could use that to swing the match his way. It says a lot about him that he had to lead as a champion while he was still putting together the framework of who he was in the ring. 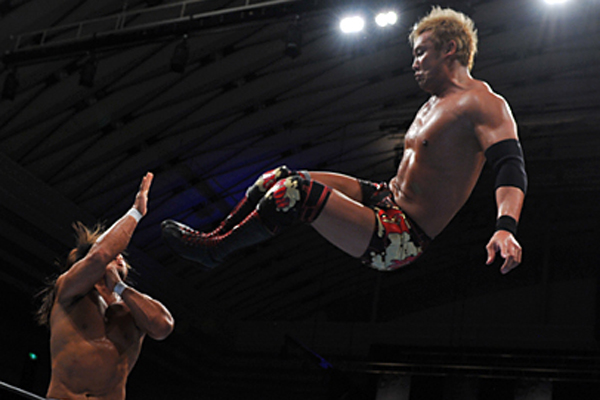 –And that all had a knock on effect for you.

Tanahashi: Right. he was this real disruptive force. He’d become a monster, and I had to grow to keep up.

–But you would call yourself the Rainmaker-Maker (laughs)

Tanahashi: Oh, he’s Made In Tanahashi, for sure (laughs). But I think him showing up really made me kick it out of cruise control and work harder. I would brag about defending the title more than anyone, training more than anyone, doing more promotion, but then here comes a guy with so much natural ability that it changed the whole scene.

–But it was more than just natural ability; he put in the work as well.

Tanahashi: Right? That’s not fair, I think people with natural ability shouldn’t be allowed to try on top of it (laughs). But this was just the start of what we went on to do. 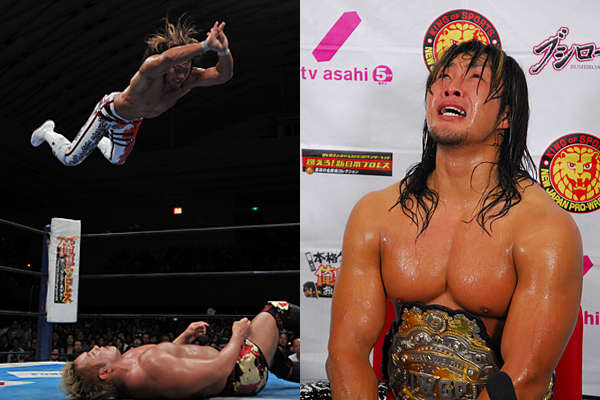