The G1 Climax tour heads to Ehime on August 5 as night 11 sees more critical block matches with each of the four groups approaching the Budokan wire in a few day’s time. 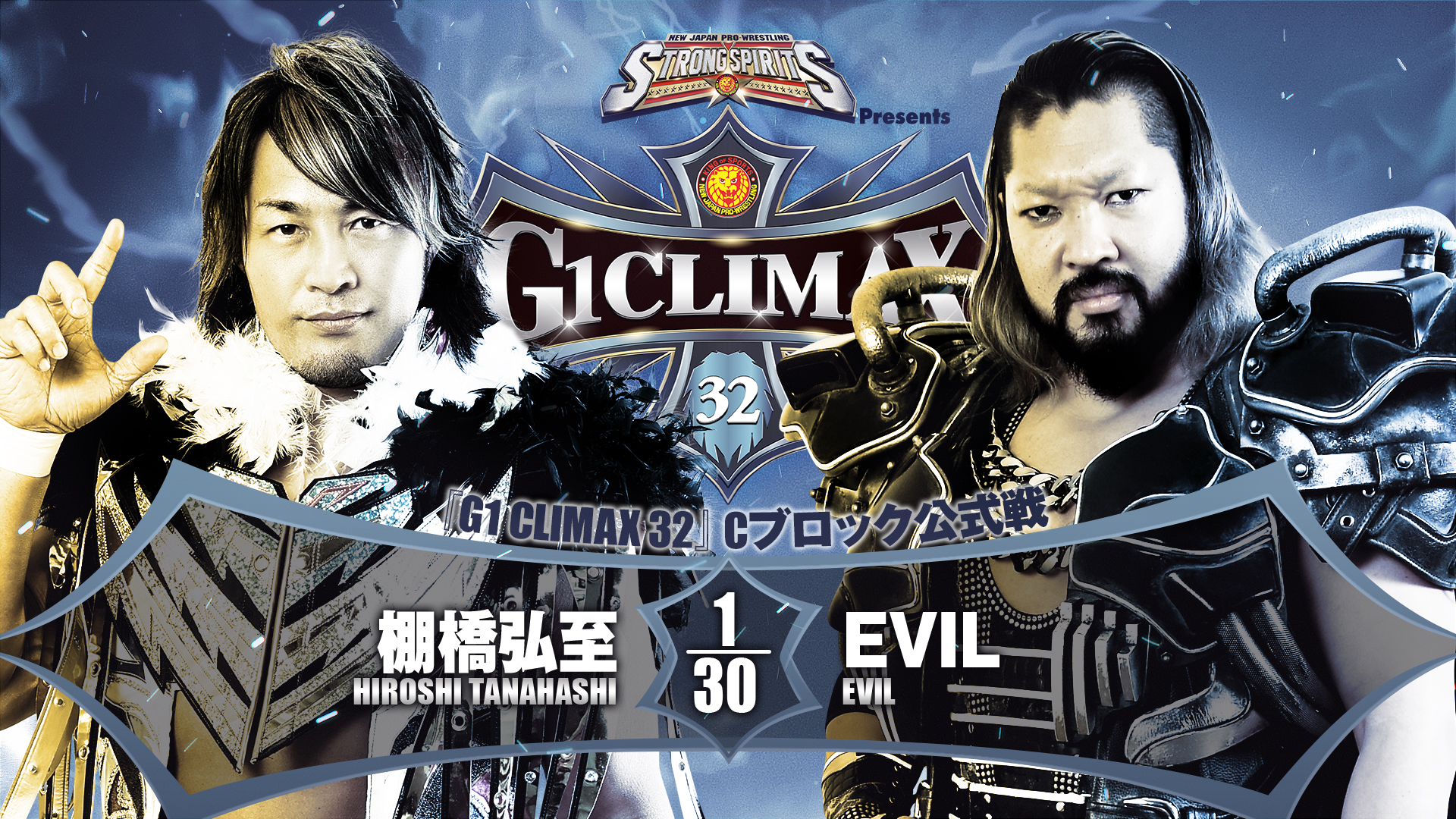 Hiroshi Tanahashi and EVIL is certainly the epitome of a battle between the forces of good, and, well, evil, as nobody embodies both concepts in the wrestling ring quite like the Ace and the King of Darkness. It is, then, somewhat distressing that Tanahashi is an even 3-3 against EVIL, and has lost his last two matches against the HOUSE OF TORTURE representative. Yet a running theme of the G1 thus far has been Tanahashi in main event positions, first with Tetsuya Naito and then Zack Sabre Jr, against wrestlers he’s had recent difficulty with and coming away victorious. The tide of momentum seems to be working in Tana’s favour, while EVIL is on less firm ground, having lost his most recent bout with Tetsuya Naito.

For EVIL, the midway point of his campaign sees him try and stay positive from a W:L ratio perspective. Yet the Ace certainly doesn’t want to fall to an even 2-2, and effectively force a need to win out in his final two matches. With stakes high, Ehimewill be pulling for a Tanahashi victory tonight. 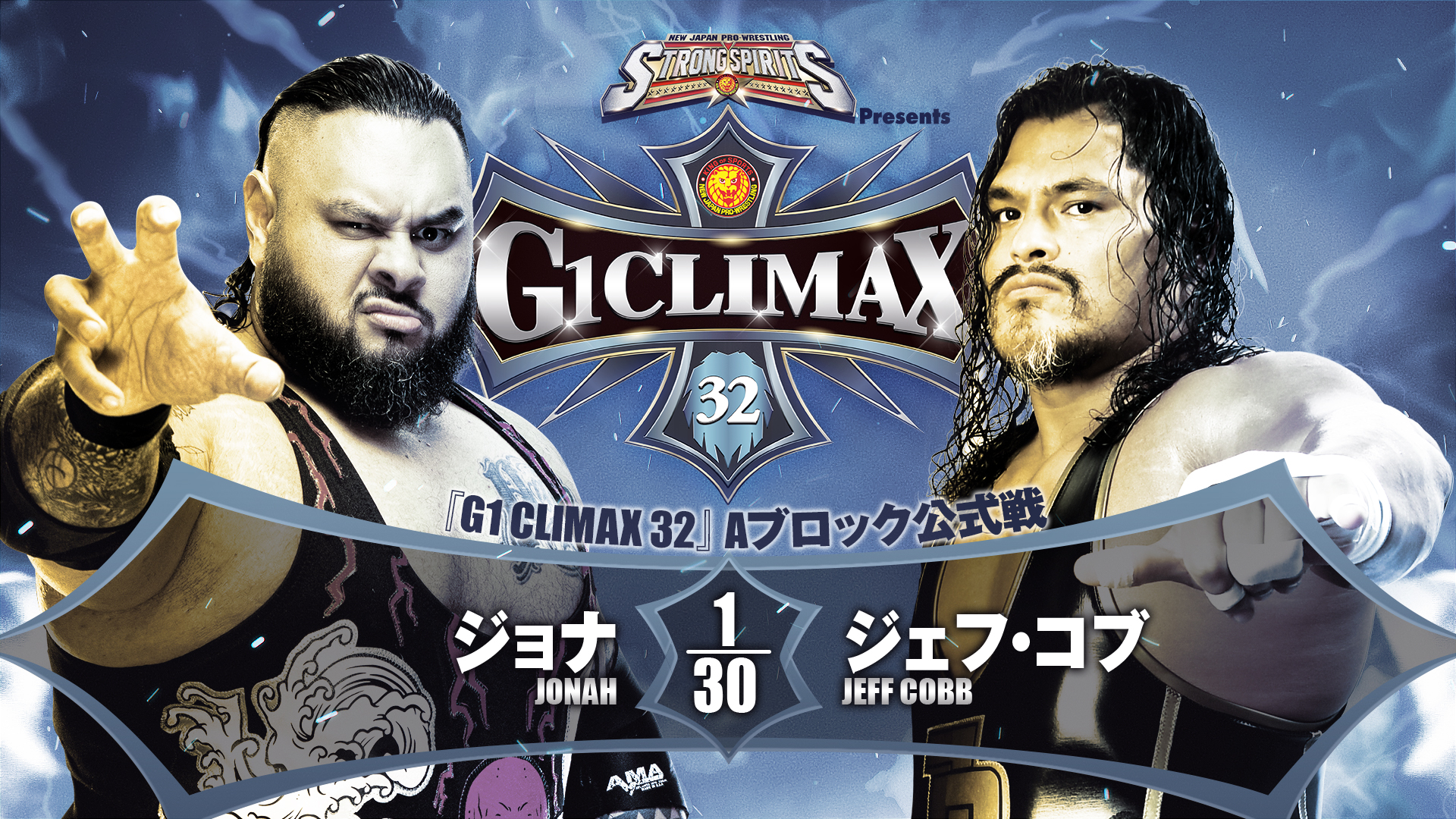 The semi main event sees inarguably one of A Block’s most anticipated matchups as JONAH locks horns with Jeff Cobb. Already a big attraction match in the US, the two giants have clashed three times before in independent promotions, JONAH emerging with a 2-1 record, but this is the first time this giant match has a Japanese audience, and a sufficiently big stage to boot.

After a first match loss to Kazuchika Okada, Cobb has put together two wins in a row against big competition in Bad Luck Fale and Lance Archer. With Kazuchika Okada still holding block supremacy, it’s vital for him to keep winning, but JONAH wants to be at the 2-1 record his opponent sits at now. It’ll be the classic immovable object and unstoppable force, but who will prove stronger? 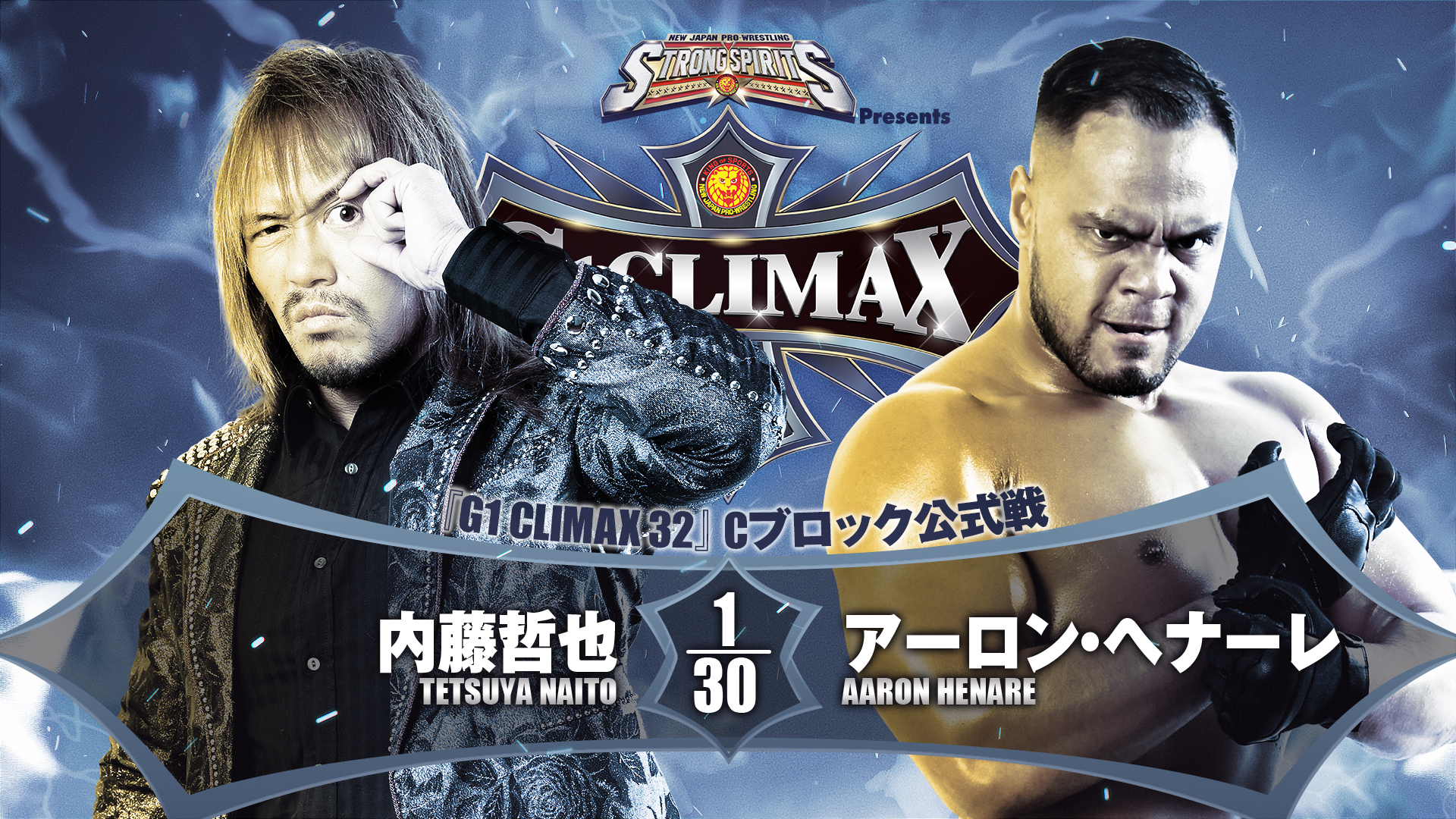 A first time singles matchup sees Tetsuya Naito take on Aaron Henare tonight. After his first G1 win in Aichi, Naito reflected that this was the match he’s ‘most excited for’ during the league as he seeks to find out ‘just how much as changed’ in the Ultimate Weapon since he joined the United Empire last spring. They were positive thoughts, ‘so positive,’ Naito himself commented ‘I could be sick’. Yet his situation, even at the same 1-2 standpoint to his opponent tonight, couldn’t be more converse to Henare’s, and not in a positive light. With one more loss, Naito is on the outer edges of the bubble that is his hopes of making the Tokyo Dome main event. To Henare, in his first G1, and already with a big win on the first day, Strong performances and wins are gravy, and a more relaxed approach can make him a distinct threat. 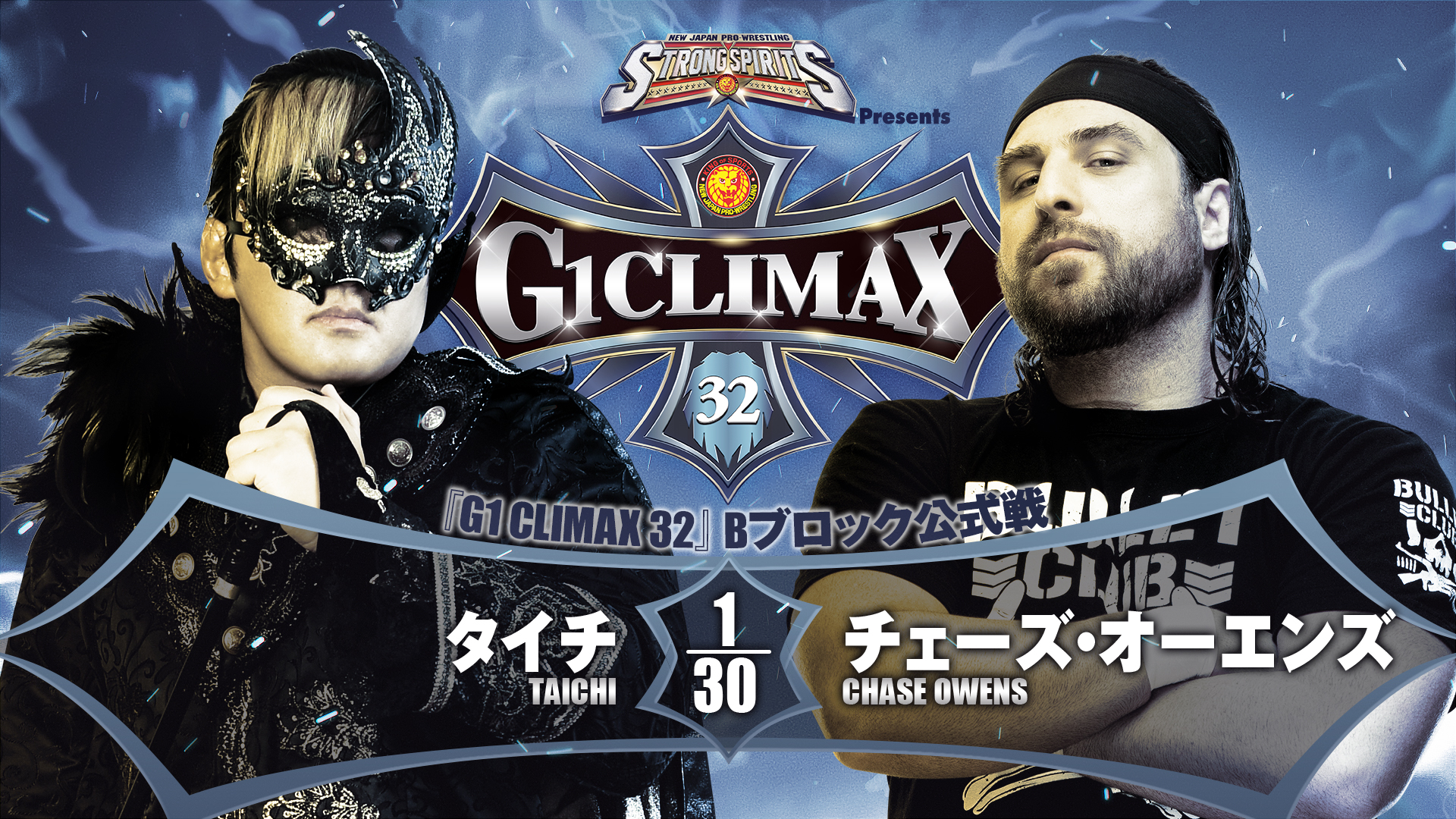 This past weekend, jay White learned a big time lesson about looking past Chase Owens, as the Crown Jewel pushed the Catalyst hard for stiffing him on his pay top throw the match. There’ll be no such fix in between Taichi and Chase, but the Holy Emperor could still fall into a similar trap of overconfidence. Though Owens defeated Taichi in last year’s G1, it was while the Suzuki-Gun member was battling rib injuries; months removed from the loss Taichi says he feels ‘no threat’ from Chase. Will he regret those pre-tournament words Friday night in Ehime? 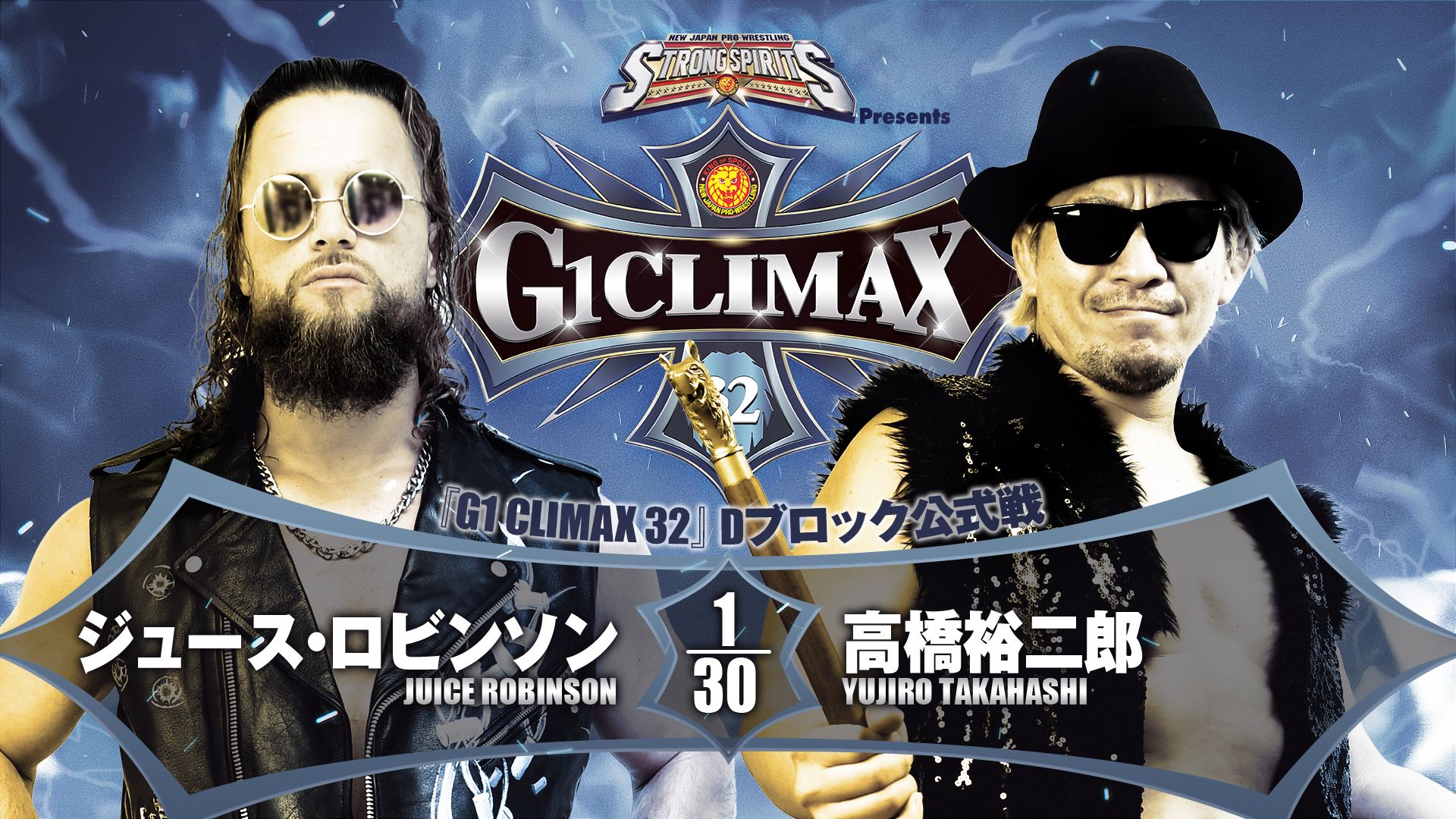 With a furious and impactful start to his tournament with Shingo Takagi, few could have predicted the slump Juice Robinson would soon have to endure. After a loss to former partner David Finlay, Juice’s fury saw him to unforced errors and another loss at the hands of a highly motivated YOSHI-HASHI in Aichi last weekend. Now ‘Rock Hard’ Robinson cannot afford another loss as he goes up against Yujiro Takahashi.

Yujiro proved in Ota against El Phantasmo that Robinson can expect no favours in this pseudo BULLET CLUB derby. Though Juice has beaten Takahashi twice in New Japan Cup competition in 2017 and 2018, Yujiro is more than capable of pulling out an upset as the likes of Jeff Cobb and Kota Ibushi have found out in recent years. 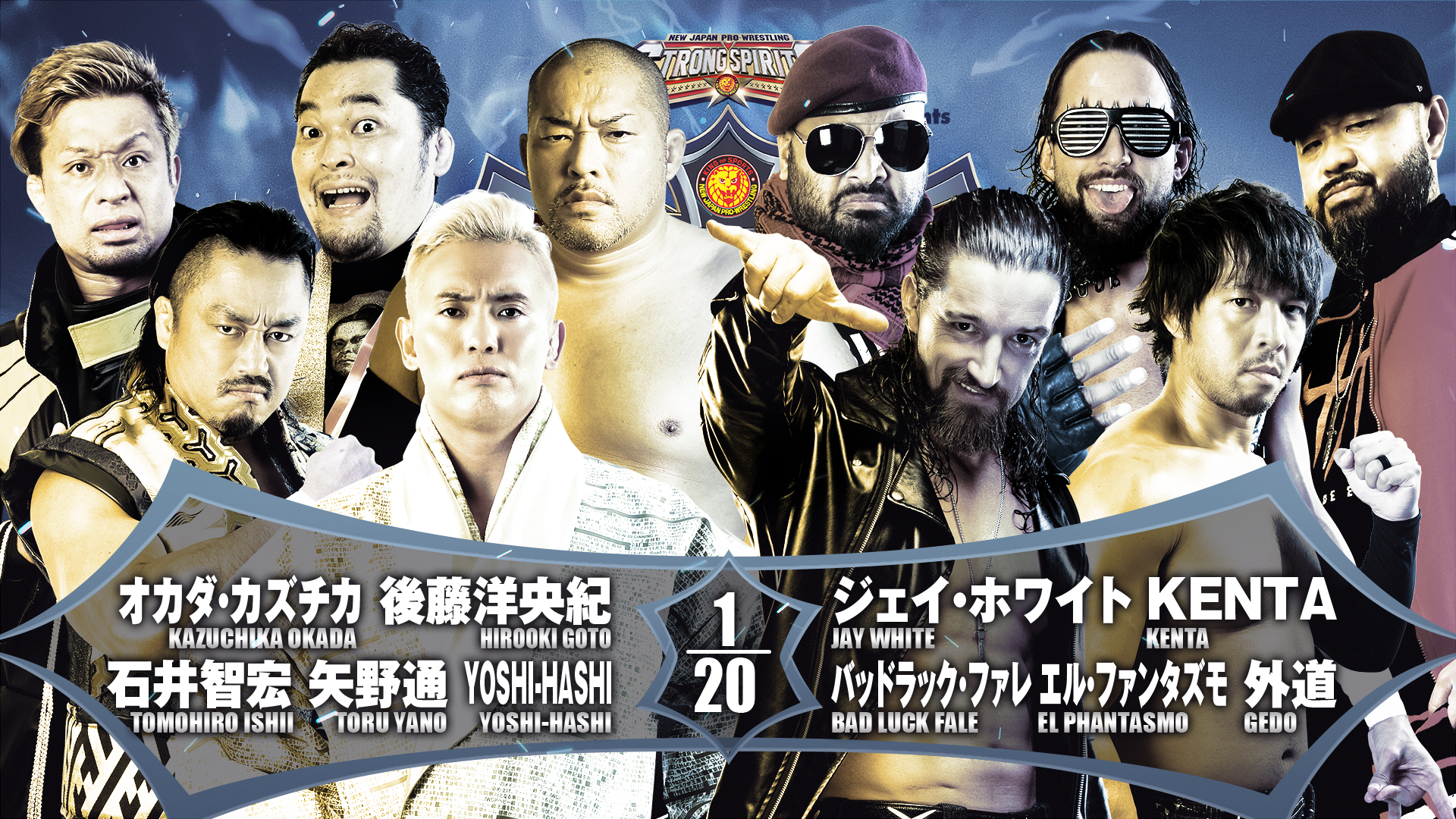 Ten man action will see the forces of CHAOS unite against BULLET CLUB this evening. Kazuchika Okada and Jay White are running away with A and B Blocks, but C and D are much more contentious, KENTA getting into the running after defeating Hirooki Goto in Hamamatsu, while YOSHI-HASHI and EL Phantasmo are both very much in the running in a tight D Block. The Headhunter and the Headbanger are set to face off Saturday in Osaka, and tensions are likely to be high between the two in our last tag preview of the evening. 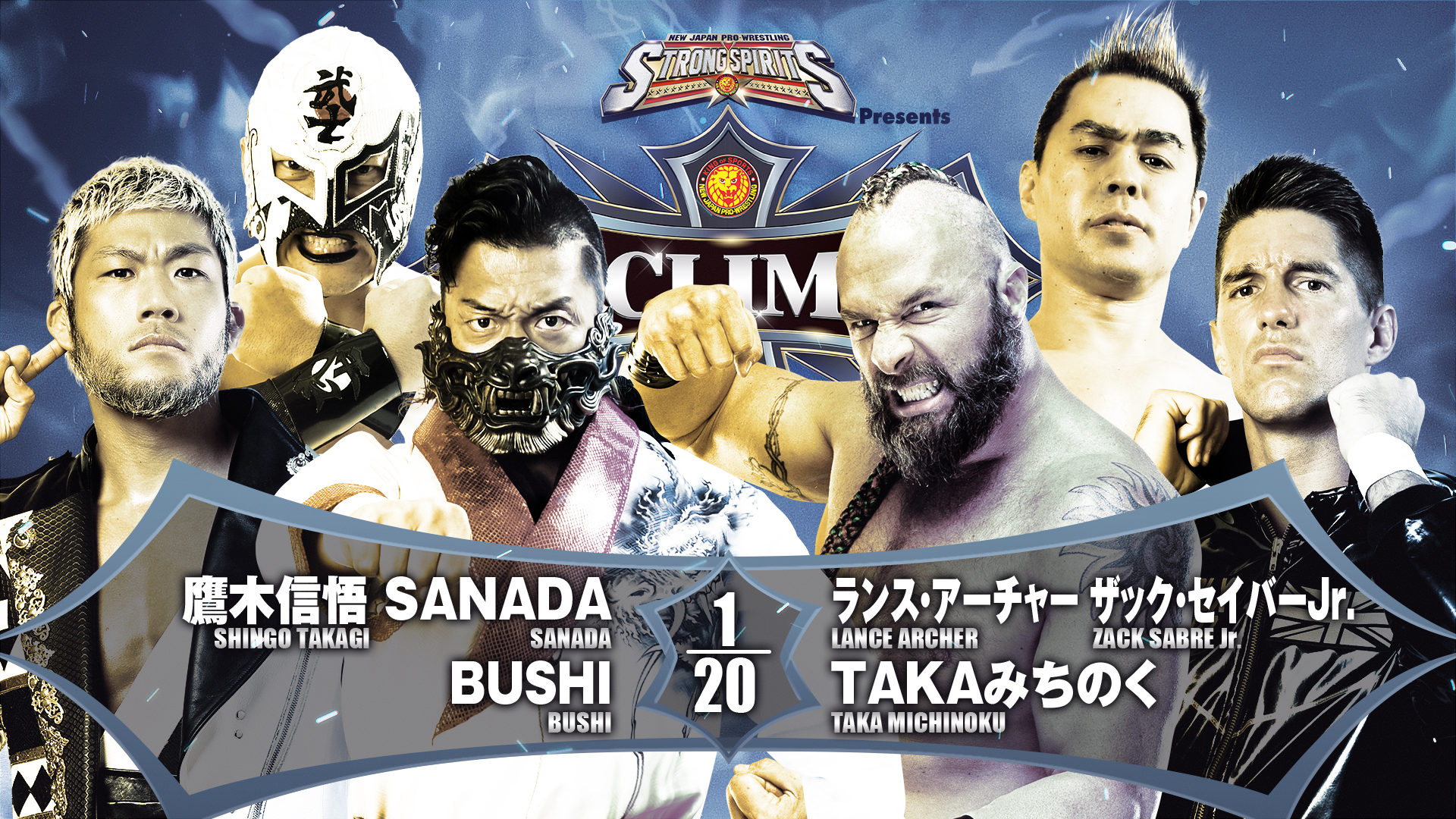 Suzuki-Gun and Los Ingobernables De Japon meet in the third match of the evening. Earlier in the week, Lance Archer and Shingo Takagi’s exchanges were the recipient of a lot of attention, and both will look to show their power tonight. In the meantime, Zack Sabre Jr. and Tetsuya Naito are counting down to their league ending meeting in the Nippon Budokan on August 16. 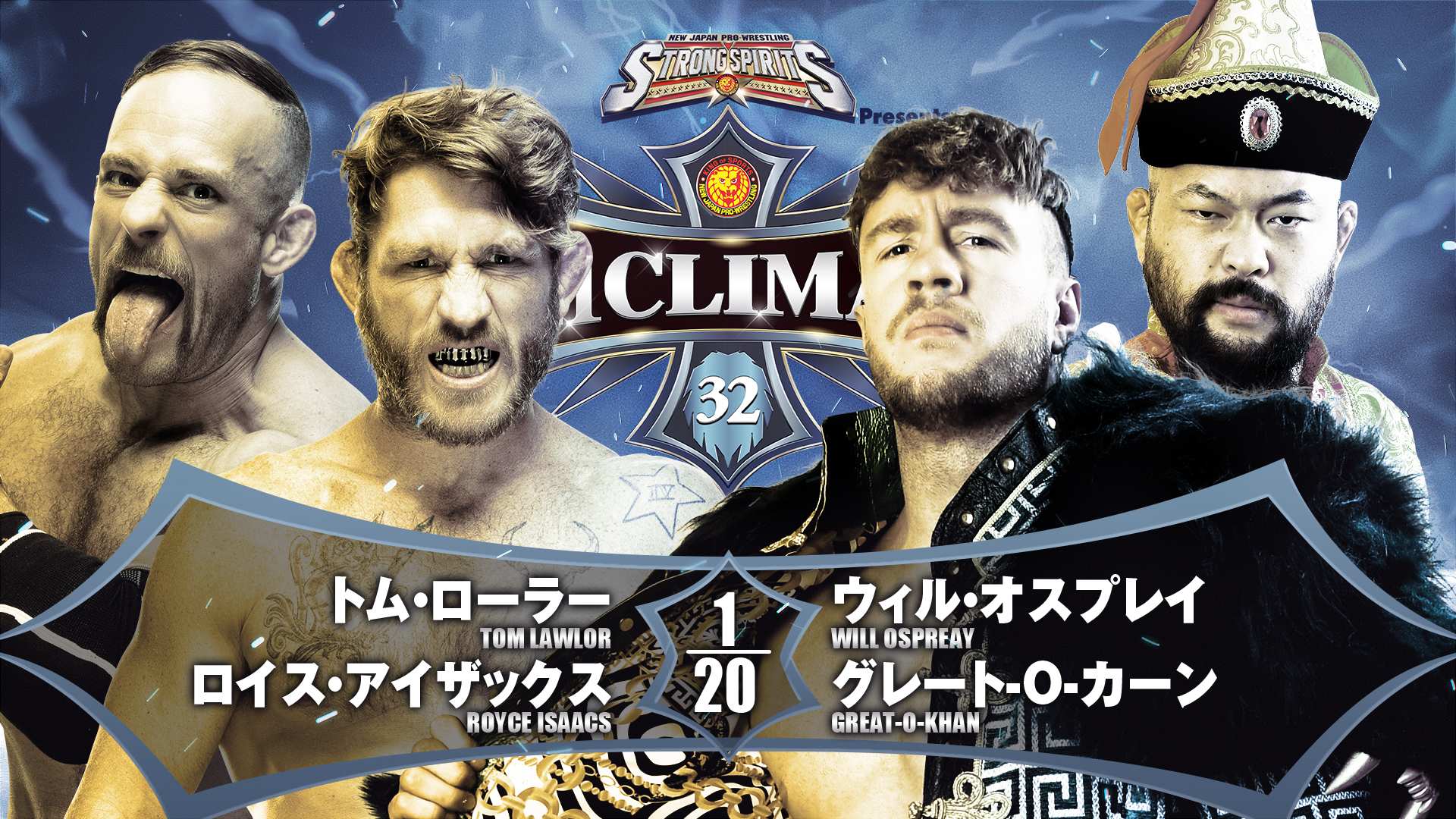 Tom Lawlor and Great-O-Khan were faced with must win scenarios Tuesday in Hamamatsu, and both came through in order to keep A and B block hopes alive. Tonight sees both men meet in tag team action for what should be an intriguing bout indeed; how will these MMA masters match up? Also in Hamamatsu, Will Ospreay was finally united with his IWGP United States Heavyweight Championship belt, but in circumstances that left the Commonwealth kingpin fuming. After David Finlay beat Ospreay Tuesday, the Rebel demqanded that the next time the title would be up for grabs it should be against him. Ospreay now has to refocus on the rest of his campaign starting tonight, but with Finlay taking up residence in his head. 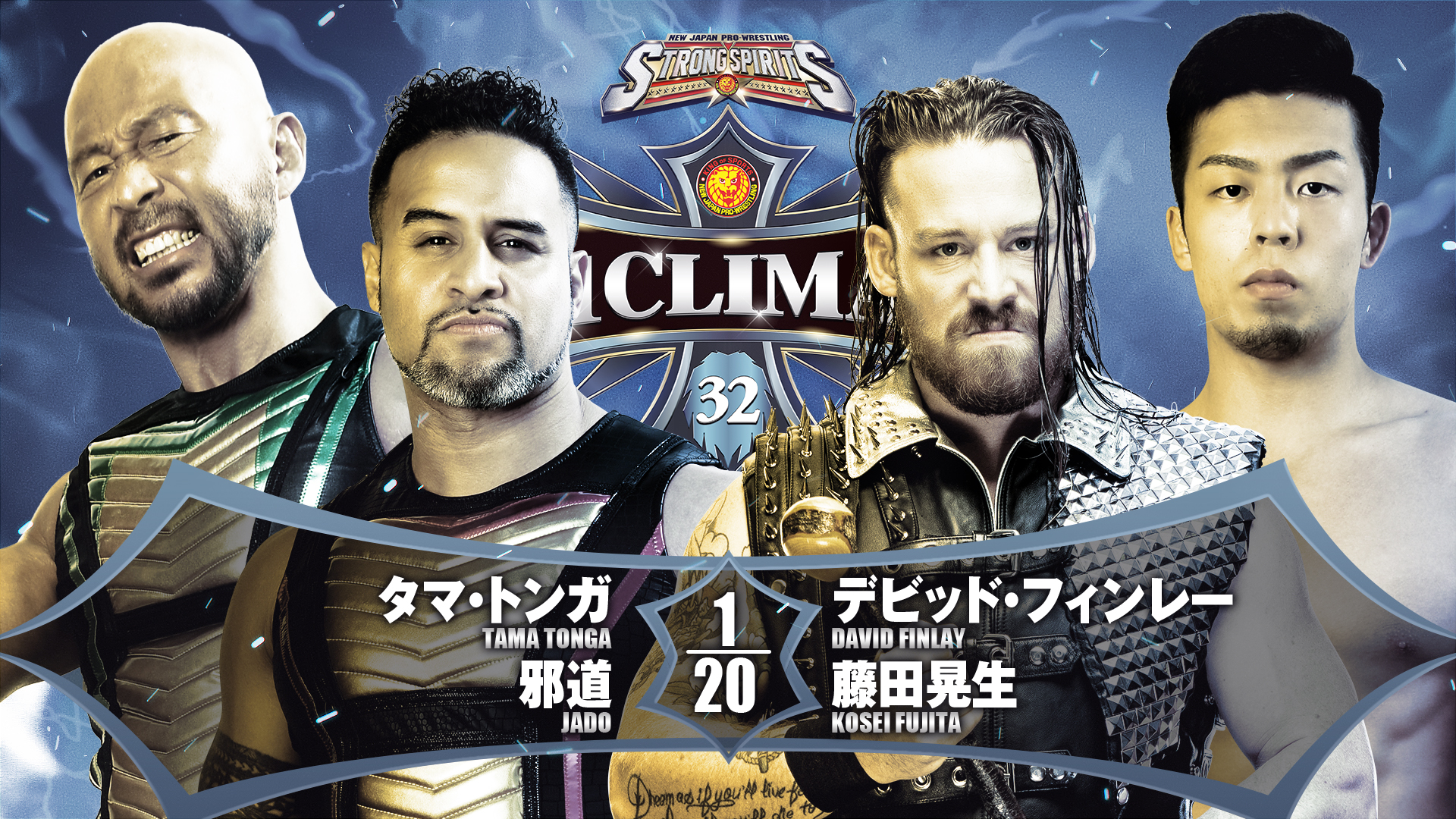 Kicking off the night’s action will be Tama Tonga and Jado facing David Finlay and Kosei Fujita. Finlay and Tonga are back in familiar positions perhaps on opposite ends of a tag team encounter, but both have had a transformative G1. Finlay in particular is riding perhaps one of the hottest hands in tournament history given his dark horse status at the start of the tournament; very few predicted he would polish off Juice Robinson, Shingo Takagi and Will Ospreay in three consecutive bouts, and he still has winnable matches to go. With Tonga similarly in good form after a win over SANADA on Tuesday, this should be a spirited opening encounter.