The first matches have been made official for Fighting Spirit Unleashed 2022, as NJPW STRONG returns to the Vermont Hollywood August 21. 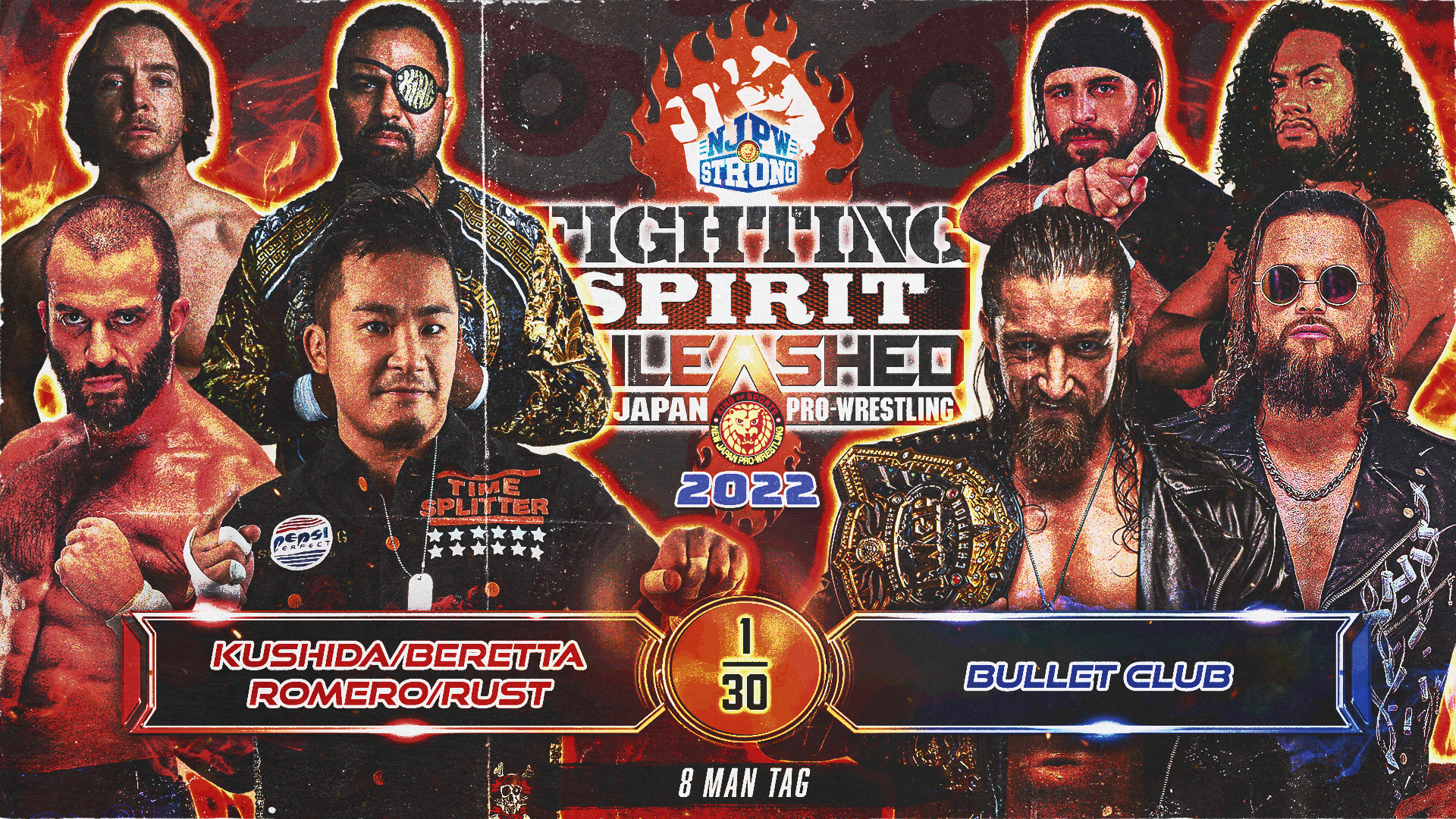 In a big time eight man tag team match, BULLET CLUB, headed by IWGP World heavyweight Champion Switchblade Jay White, go to battle against Taylor Rust, Roppongi Vice and KUSHIDA. Where once KUSHIDA was a rival of Rocky Romero in the IWGP Junior Tag ranks, much has changed in the years that the TimeSplitter was away, and Rocky’s Roppongi Vice partner Beretta joins Taylor Rust as well in a highly technical four man group. In the opposite corner, Juice Robinson, Jay White and Chase Owens are back in the US for the first time since the G1 Climax, and looking to make an impactful statement back on STRONG along with Young Gun Hikuleo. 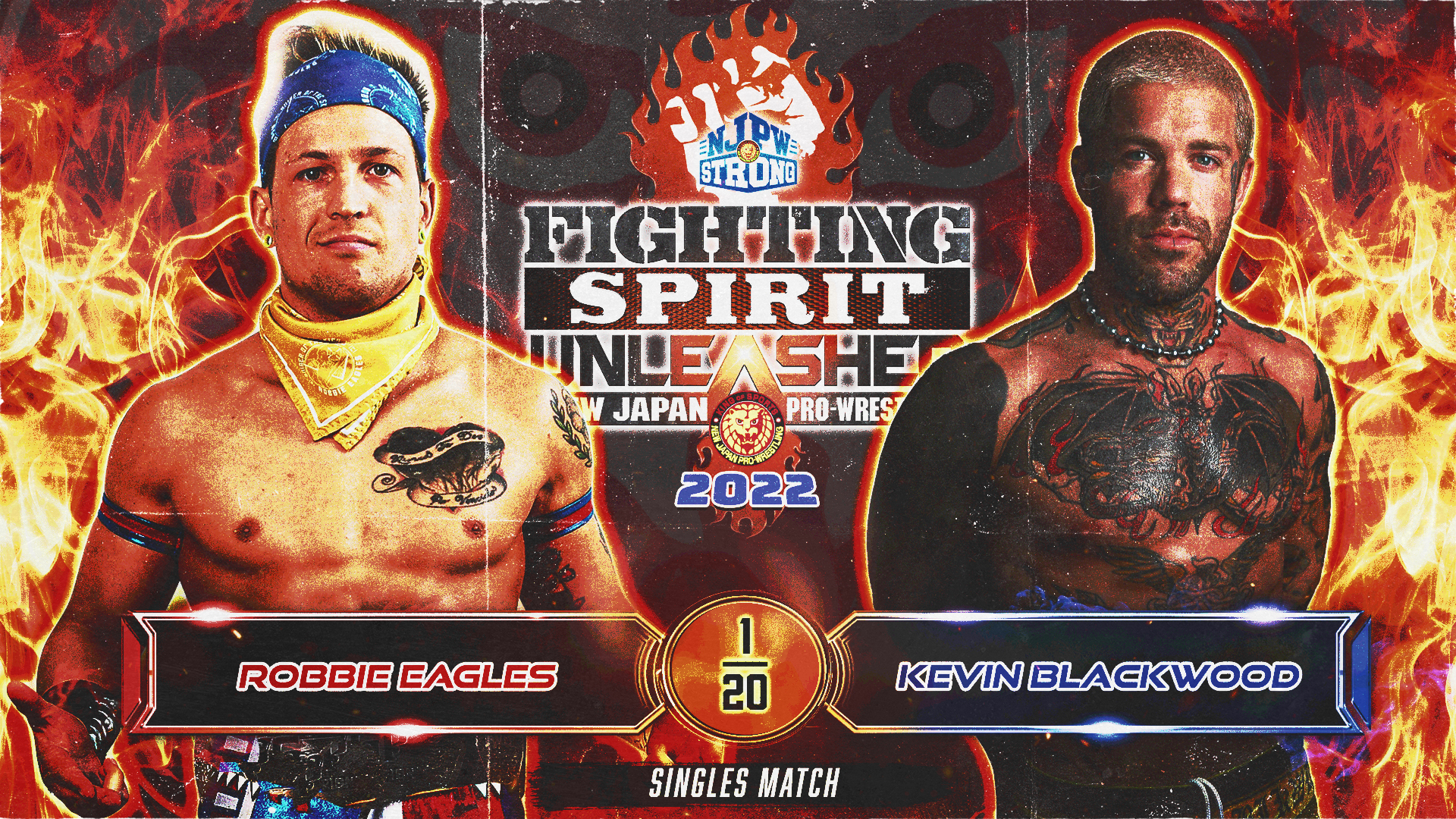 Robbie Eagles makes his first appearance on NJPW STRONG for almost a year as he takes on Kevin Blackwood. Eagles is making a stop on STRONG en route to representing Australia and NJPW in the CMLL Grand Prix, and will look to make a big statement win opposite another highly proficient technical junior heavyweight in Blackwood. 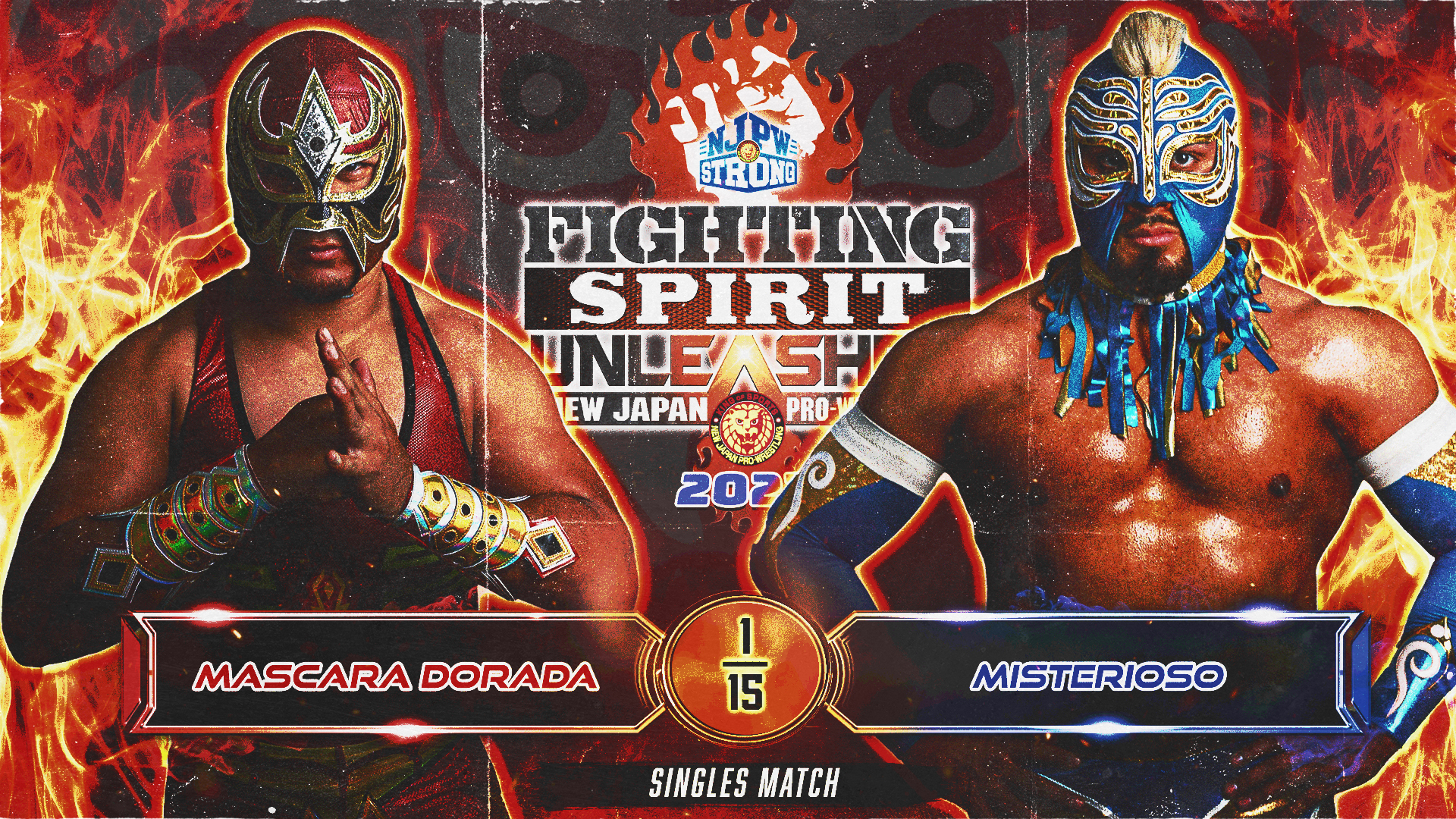 Staying on a CMLL theme, a clash of luchadors sees CMLL’s Mascara Dorada face Misterioso of the Stray Dog Army. When CMLL announced that Mistico would be a part of Autumn Attack in Las Vegas September 11, Misterioso was quick to throw out a challenge, but Dorada has a long history of teaming with the lucha libre icon, and Misterioso has to go through Dorada first in the Vermont. 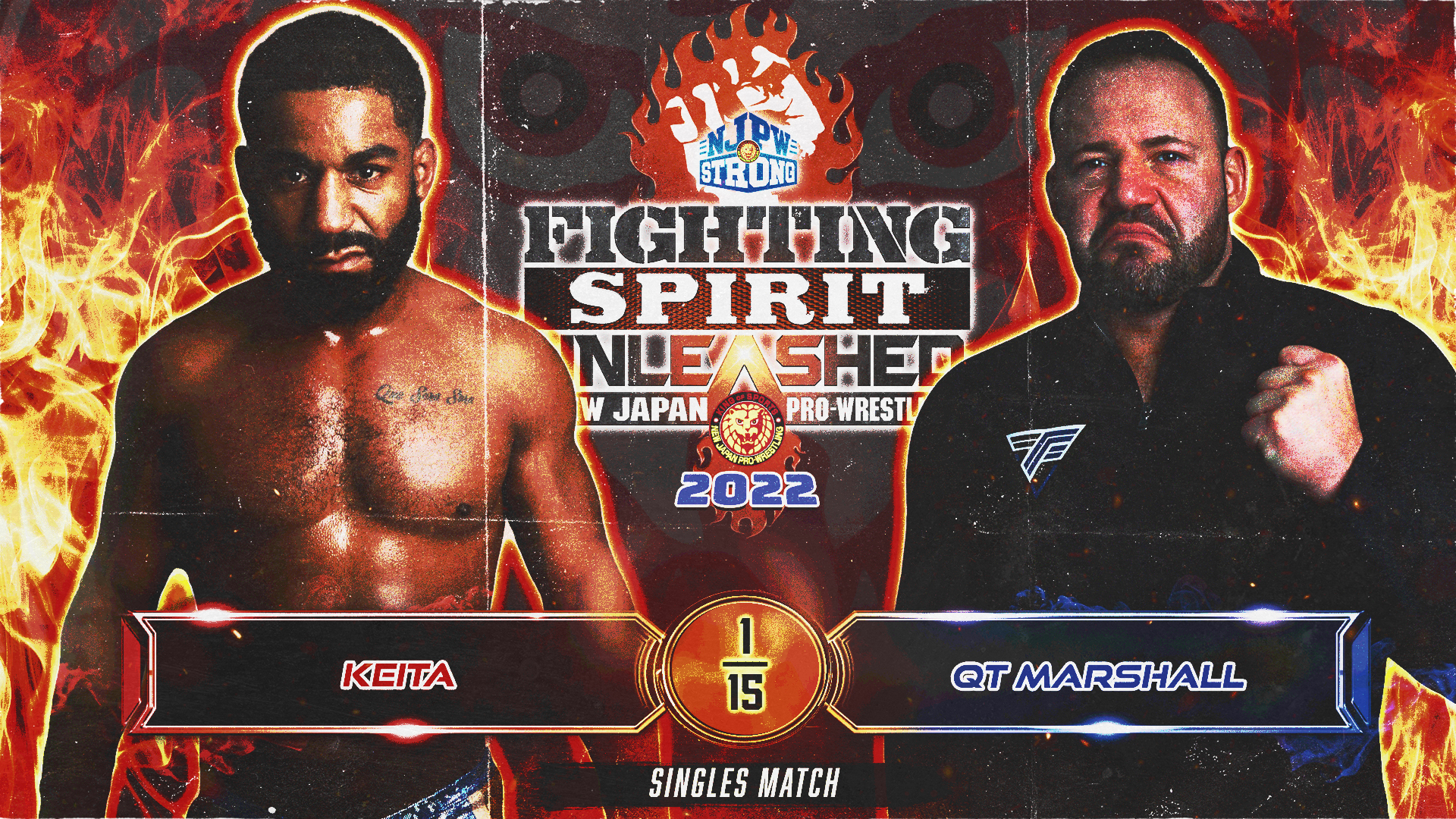 Last time NJPW STRONG was in the Vermont Hollywood, QT Marshall’s factory was beaten out of the STRONG Openweight Tag team Championship tournament by Yuya Uemura and Christopher Daniels, and it seemed as if the group’s long held campaign against the LA Dojo had gotten some closure. yet Marshall is not done, and will be looking to make a mark once again at Fighting Spirit Unleashed. Across from him will be the promising Keita, who himself was successful in tag action with Uemura last time out for STRONG; what does the Vermont hold for the young man?