The hottest tournament of the summer reaches one of its hottest venues. The EDION Arena in Osaka is always red hot for G1 action, and sees a phenomenal event on the first night of the weekend.

Watch ALL of G1 Climax 32 on NJPW World! 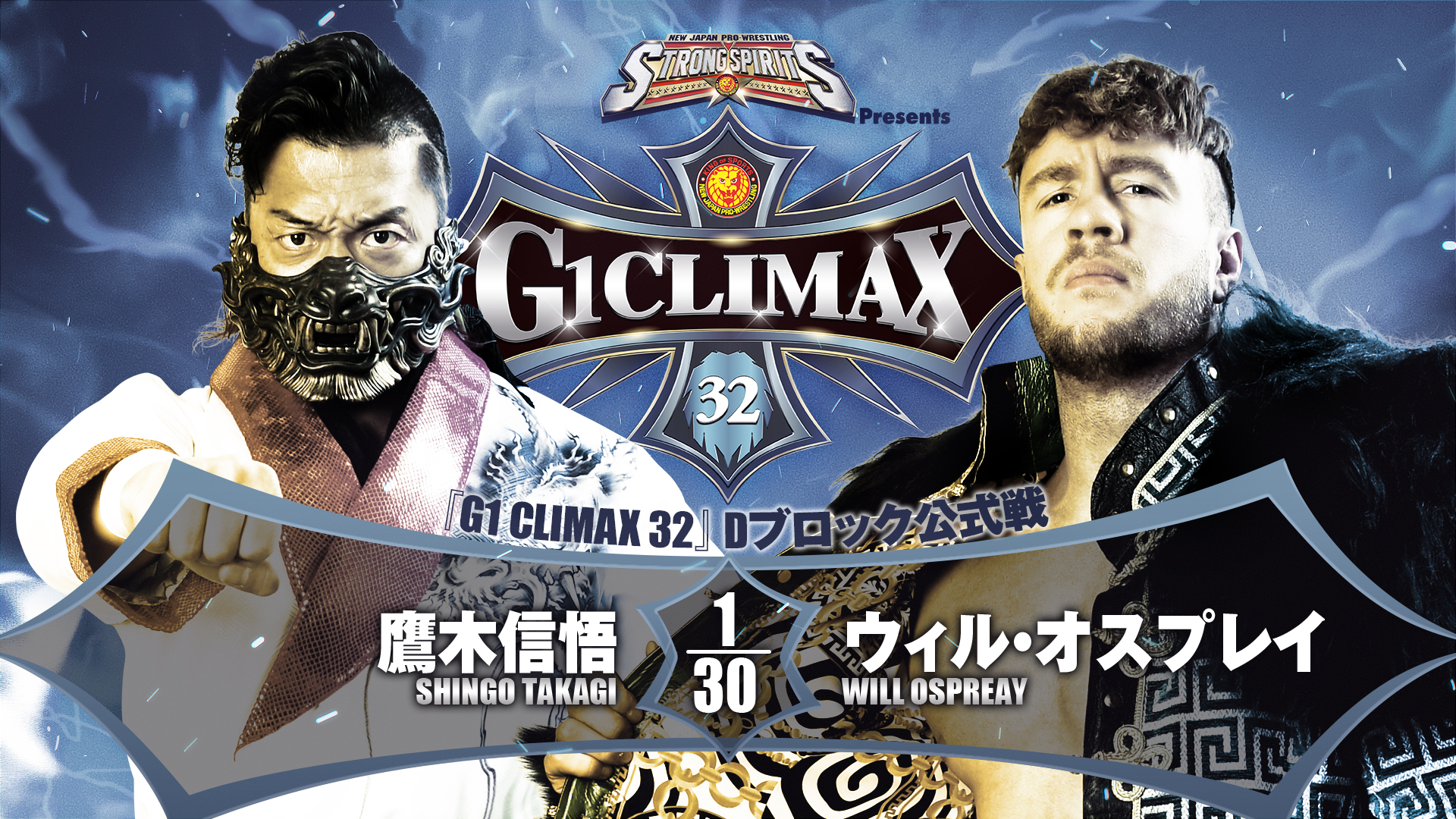 When Shingo Takagi was IWGP World Heavyweight Champion for the bulk of 2021, and Will Ospreay was carrying his own version of the title belt in protest at his May vacating of the title, The Dragon wanted Ospreay vs Takagi to be the main event of Wrestle Kingdom 16 night two on January 5. After Takagi lost the world title to Kazuchika Okada on January 4, that didn’t happen, but the fact remains that Osaka gets a Tokyo Dome main event worthy bout headlining in EDION Saturday night.

That’s something crowds have already found out in Ryogoku, Sendai, Kobe and Fukuoka. From Ospreay handing Shingo his first ever NJPW defeat in the Best of the Super Jr. 26 final to an all out IWGP World title clash at Dontaku 2021 that ultimately forced Ospreay to vacate that title in the first place, every one of these encounters is a classic. Yet only one has seen Shingo victorious, that being their meeting in G1 Climax 30 and Takagi’s second spiritual home of Kobe. In the same tournament setting, and just up the road from Kobe World Hall in Osaka, do the circumstances suit Shingo to pick up another win? Two losses down, and if not he can all but say goodbye to his hopes of lifting the G1 trophy before turning 40. 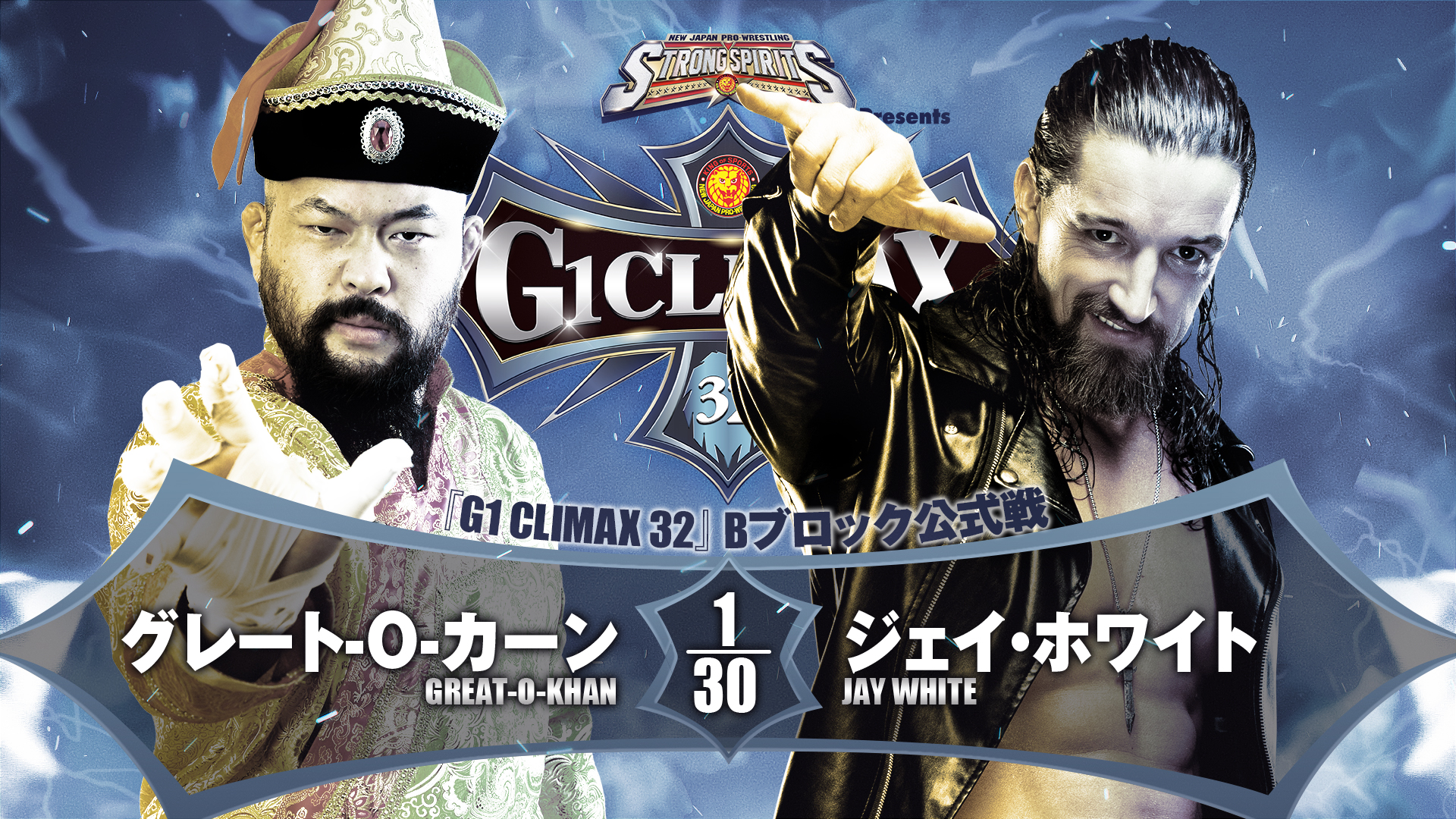 Jay White has the opportunity in Osaka tonight to go 4-0 in B Block, a victory that would all but ensure his place at the table in the Budokan, and completely erase Great-O-Khan’s. O-Khan can only hope for a maximum of four wins in the block after dropping his first two matches to Chase Owens and then SANADA, and if he wants to stay in the B Block hunt, he has to defeat the IWGP World Heavyweight Champion and a man who hasn’t lost a singles match in NJPW since November 2021. No pressure.

Is there any key for United Empire’s Dominator to succeed where SANADA, Tomohiro Ishii and Chase have failed? Perhaps it may lie in the element of the unknown. The two men have not crossed paths at all to date, not even in tag team action, and the element of surprise may work to O-Khan’s favour. Yet White, having benefitted from the unpredictable experience of the U-S-of-Jay Open Challenge series in the early part of the year, may be unbeatable in this regard as well. It’ll be a hard task for O-Khan to pick up his crucial second win tonight. 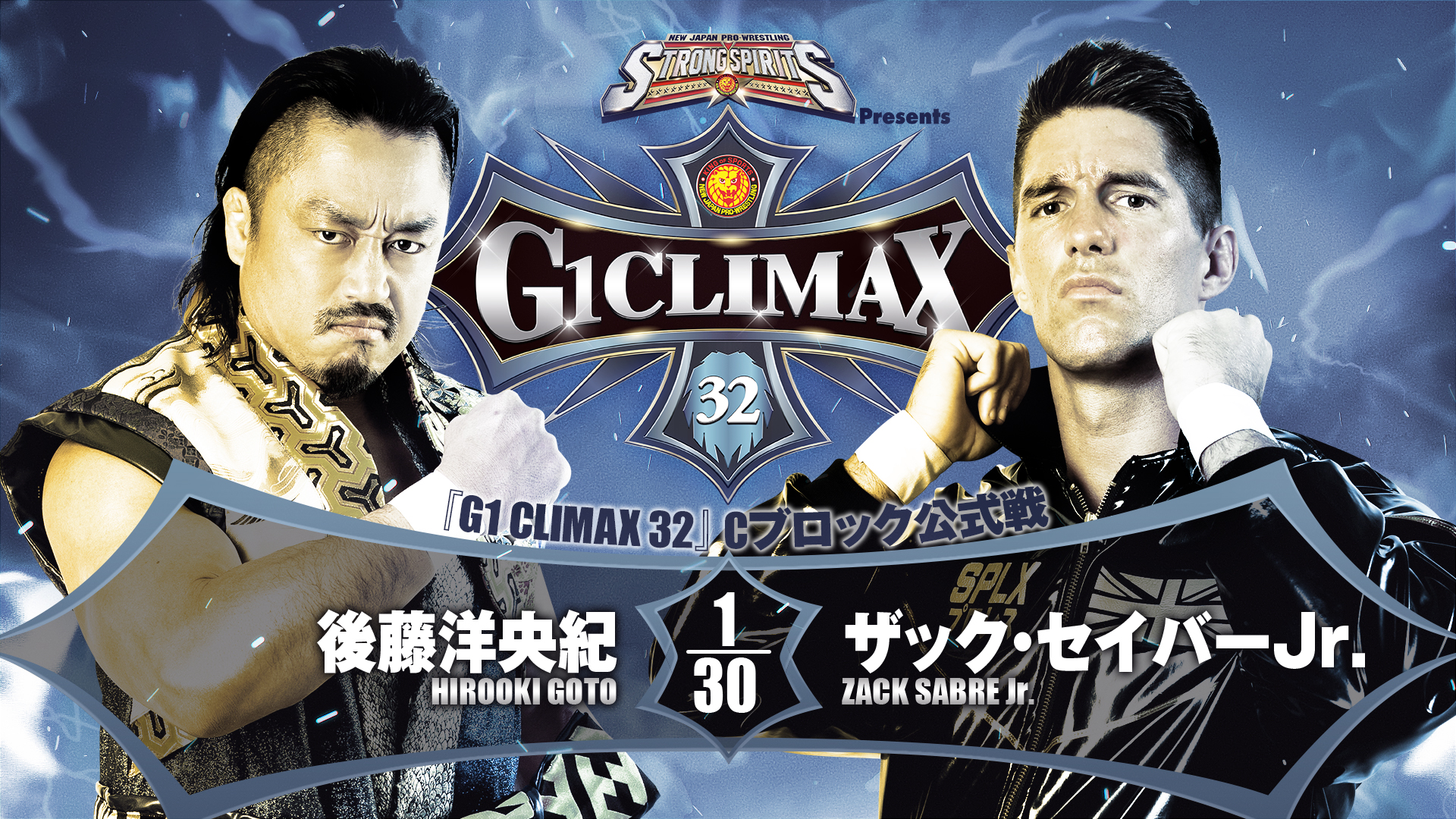 As C Block begins to get very crowded with everything still to play for for the seven entrants, Hirooki Goto and Zack Sabre Jr. are fighting to get to a key six point status. While Goto holds two wins over his British opposition, both are from way back in 2017, and the last five years have not been kind to the Fierce Warrior of CHAOS against Sabre over the last five years. Yet this year’s tournament has already seen a big victories for Goto over another man he had carried a losing streak against in Tetsuya Naito. With a convincing Tokyo Dome victory for Goto and YOSHI-HASHI against ZSJ and Taichi also still in recent memory, it would be a dire mistake to discount the CHAOS member tonight. 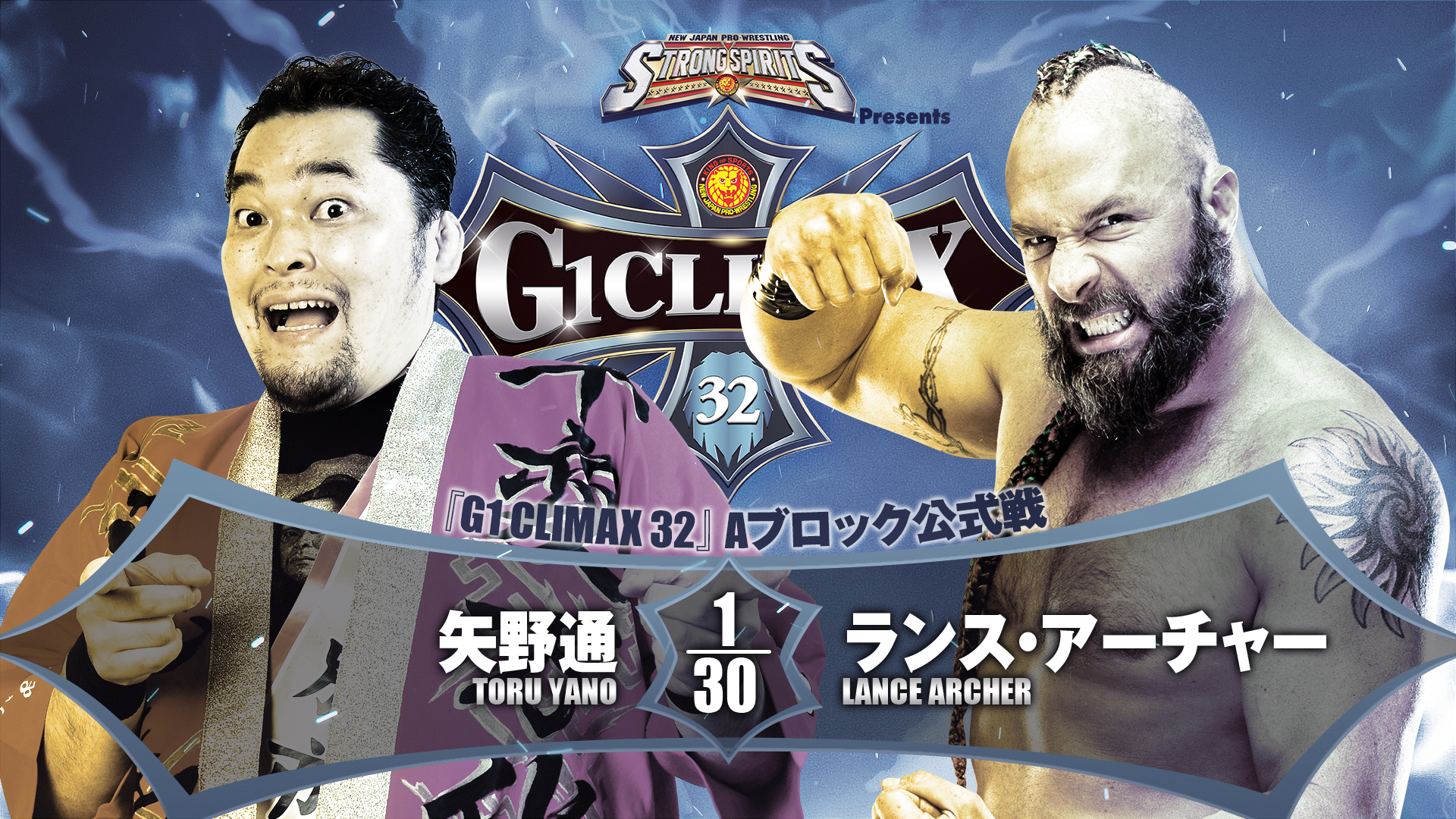 Forced onto the extreme outer edges of the A Block bubble, it’s all over for Yano in G1 Climax 32 if Kazuchika Okada produces another result, or if the Master Producer doesn’t win out in the remainder of his matches. A tough task, especially with Lance Archer next. Often Yano’s ingenuity finds a way in this tournament, but the Murderhawk Monster has seemed relatively immune to the Yano Magic over the years, with only one win for Yano coming all the way back in 2011. Could Yano’s fate be sealed this evening? 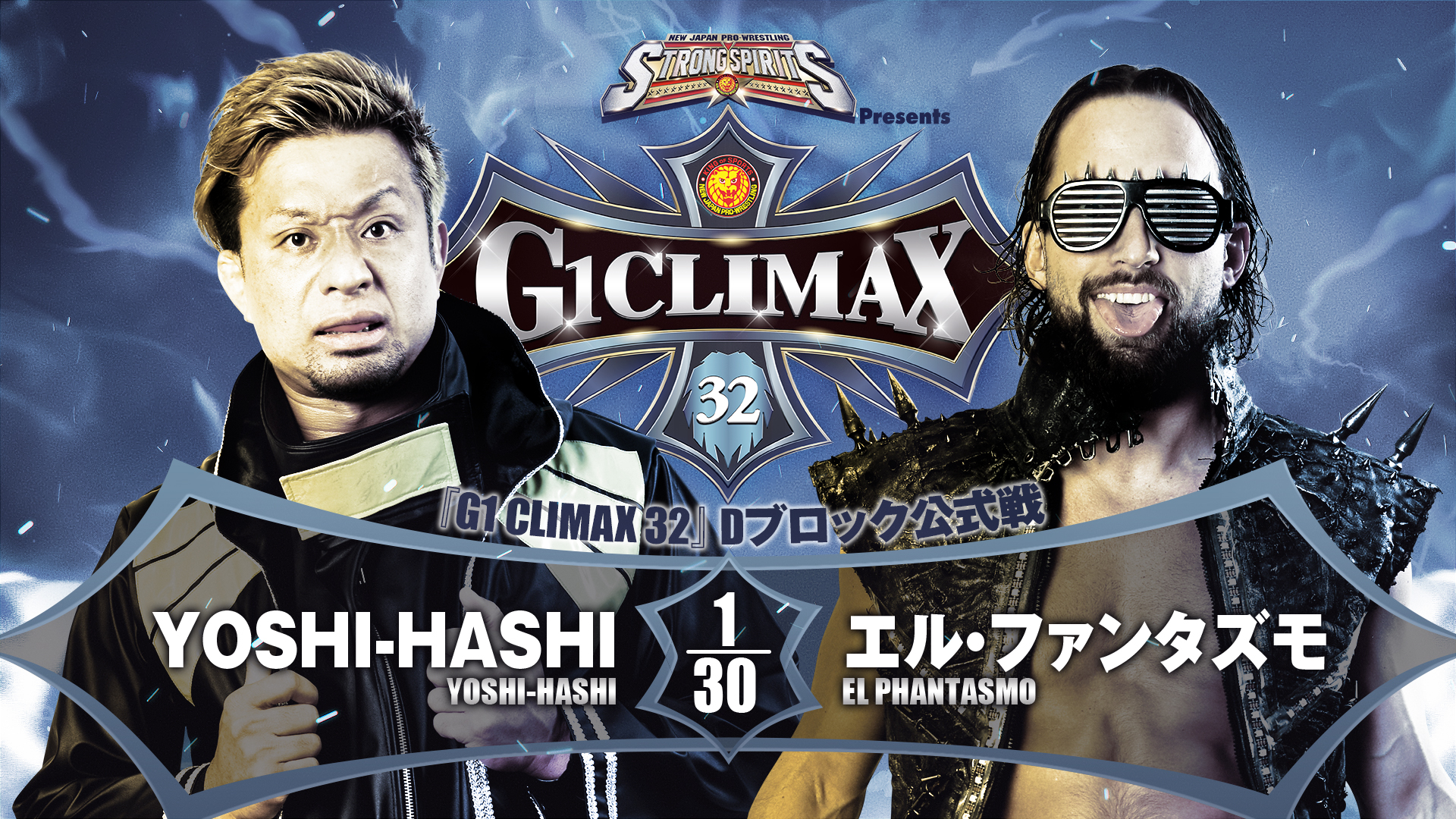 As the D Block has grown increasingly competitive over the last couple of weeks, El Phantasmo has had to spend a frustrating fortnight without league action. With an intense back end to his campaign, ELP must wrestle both nights in Osaka this weekend before turning the corner to Hiroshima and then the Nippon Budokan.

YOSHI-HASHI is the first of four matches in an eleven day span for Phantasmo, and is not someone the Headbanga can afford to look past. At the same 1-1 level as his opponent tonight, the Headhunter pushed Shingo Takagi to the limit before absorbing everything a furious Juice Robinson could throw at him in Aichi en route to his first points of this year’s tournament. Still not at their respective midway points, both men control their destinies heading into the final fortnight, and this is a battle over who will stay that way. 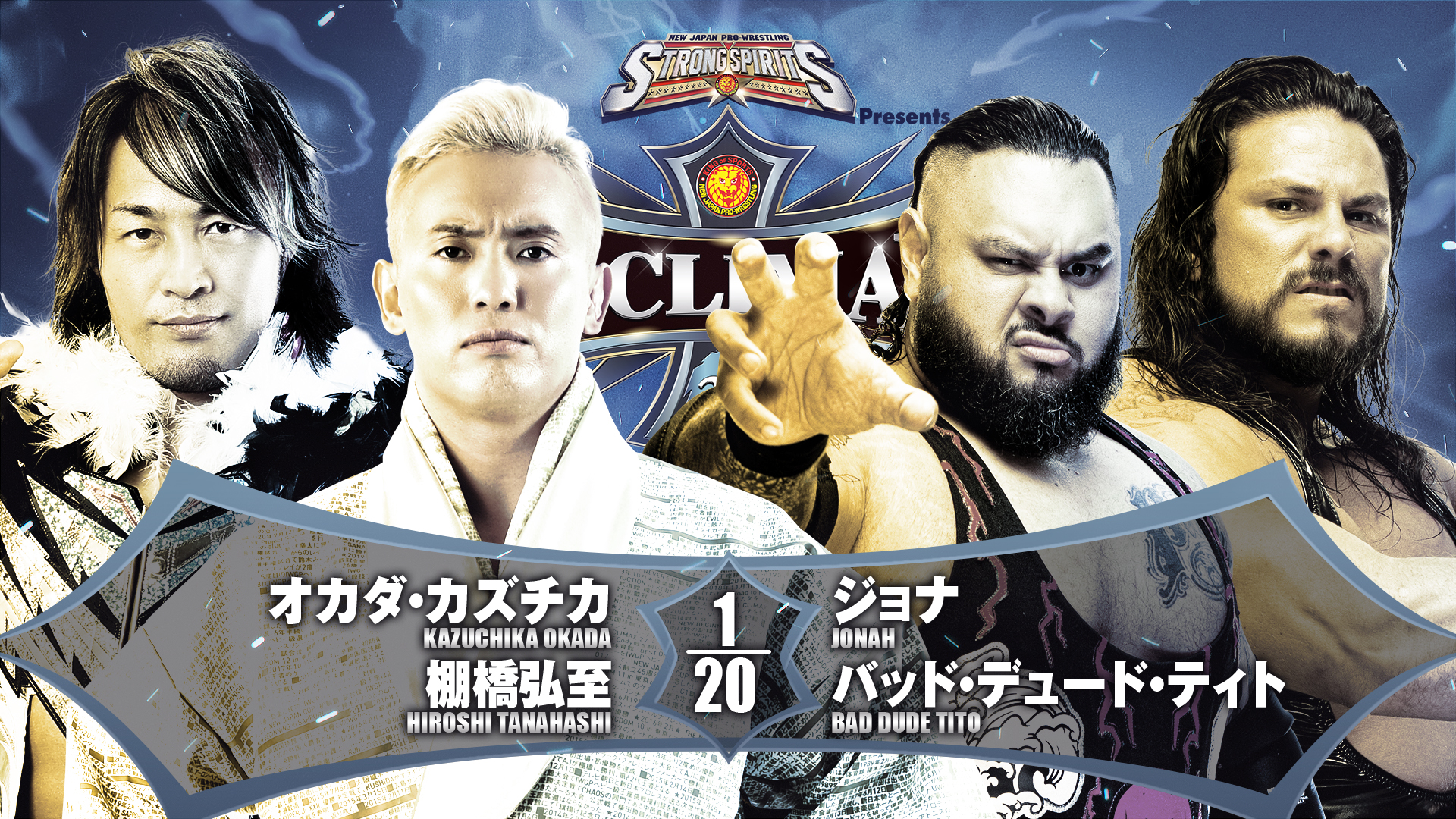 One year ago, Hiroshi Tanahashi and Kazuchika Okada started G1 Climax 31 as opponents in the EDION Arena, but tonight the Dream Team are partners in the face of TMDK’s K-9 Connection. Sunday will see Okada and JONAH collide in a clash that is the very epitome of the monster block in G1 32. Tonight, just a taste, as well as a big opportunity for Bad Dude Tito to lock horns with two of the best as he continues to impress through the tour. 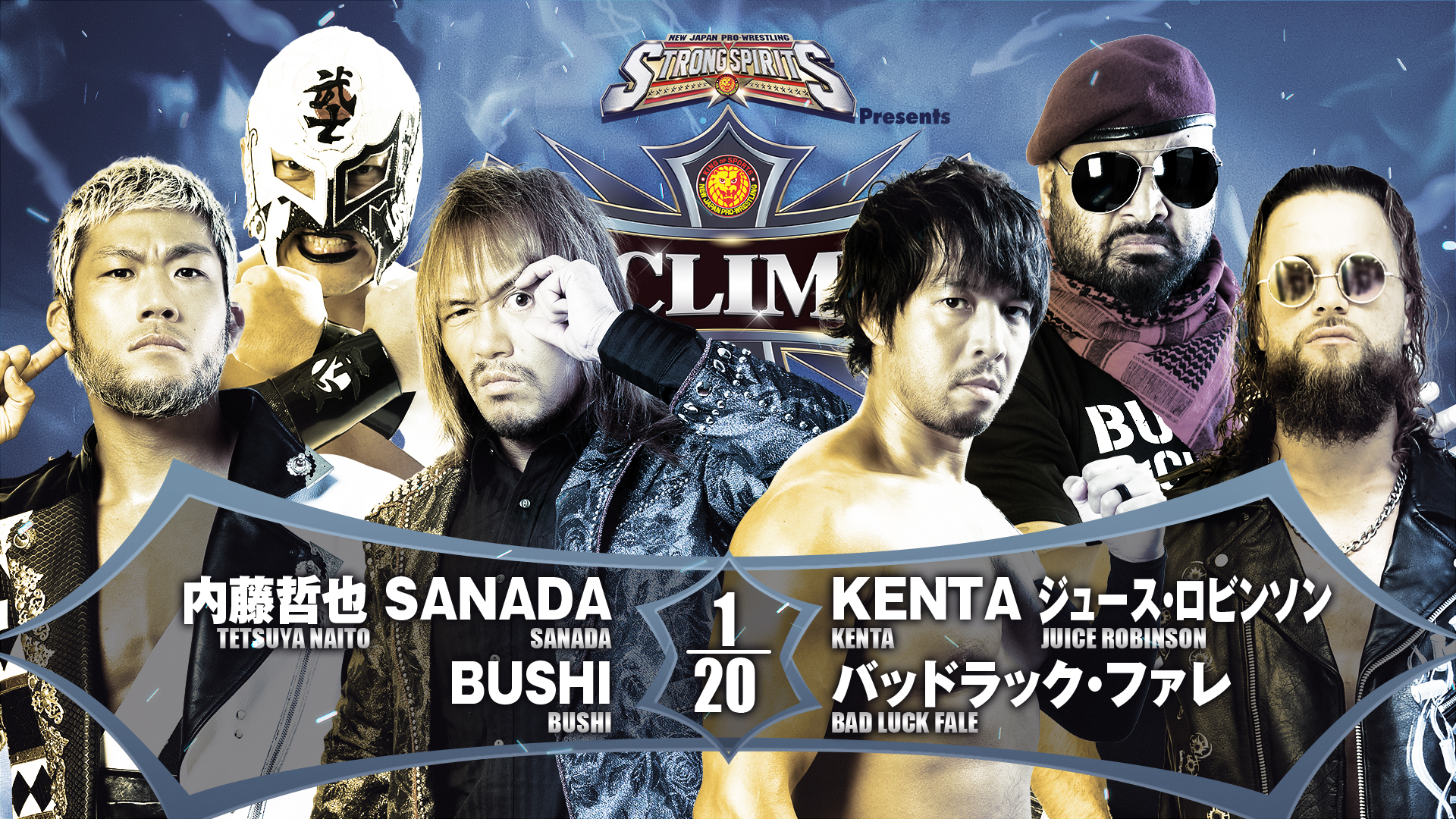 With Tetsuya Naito set to battle KENTA in his second spiritual home of Hiroshima on Tuesday, a preview for a make or break match for both men in six man action tonight. Bad Luck Fale and Juice Robinson have their own key matches Sunday against Tom Lawlor and El Phantasmo; BULLET CLUB will be looking to make a big show of force tonight in Osaka. 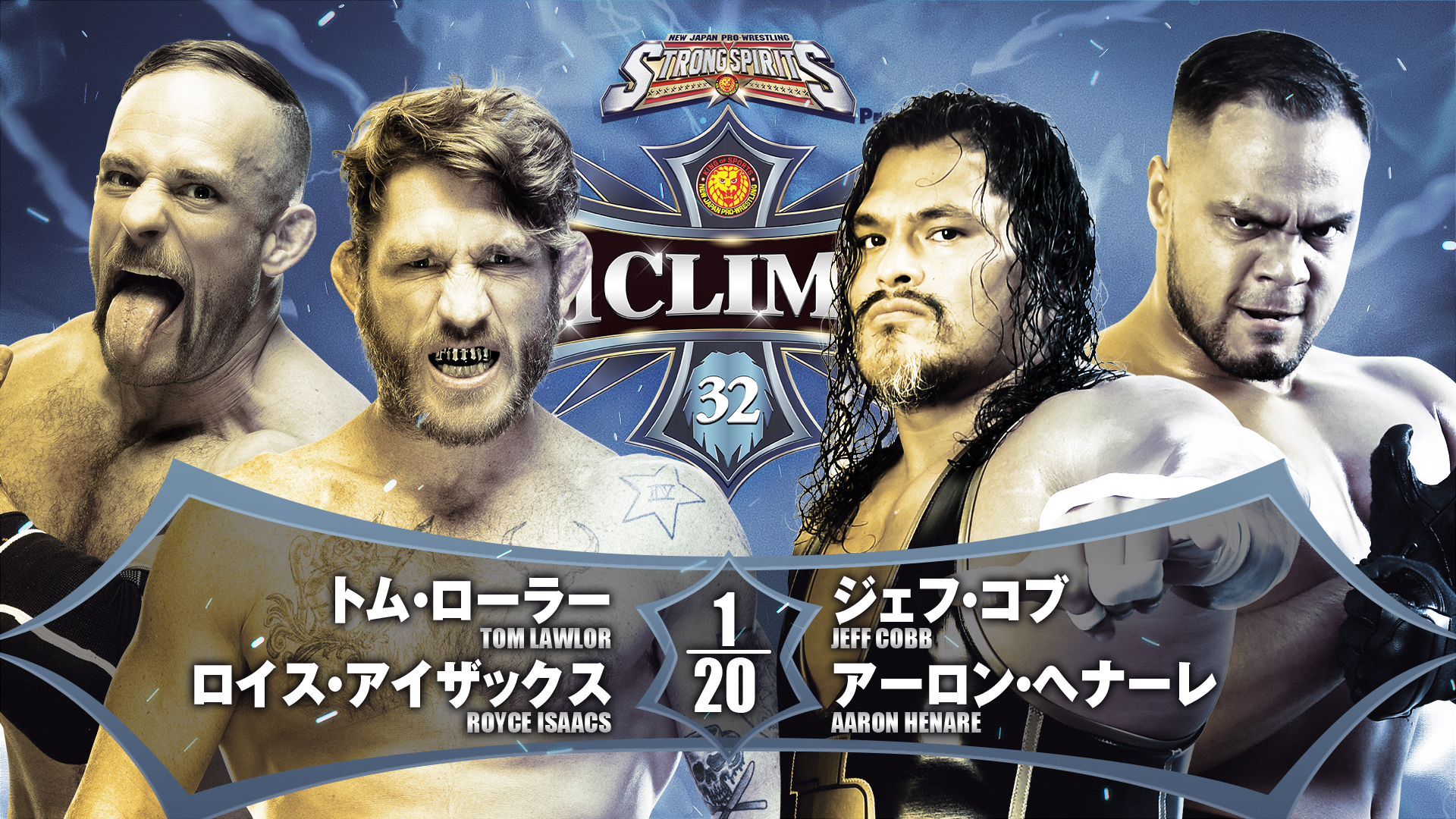 As Tom Lawlor and Jeff Cobb head toward the ends of their respective campaigns, they have to get ready for Fale Sunday and Yano on August 13 respectively, but will meet one another in Nagano for their final league matches next Sunday. A preview of that action will dominate the conversation in this second bout, but the hard hitting exchanges that Henare will bring also makes this one to watch. 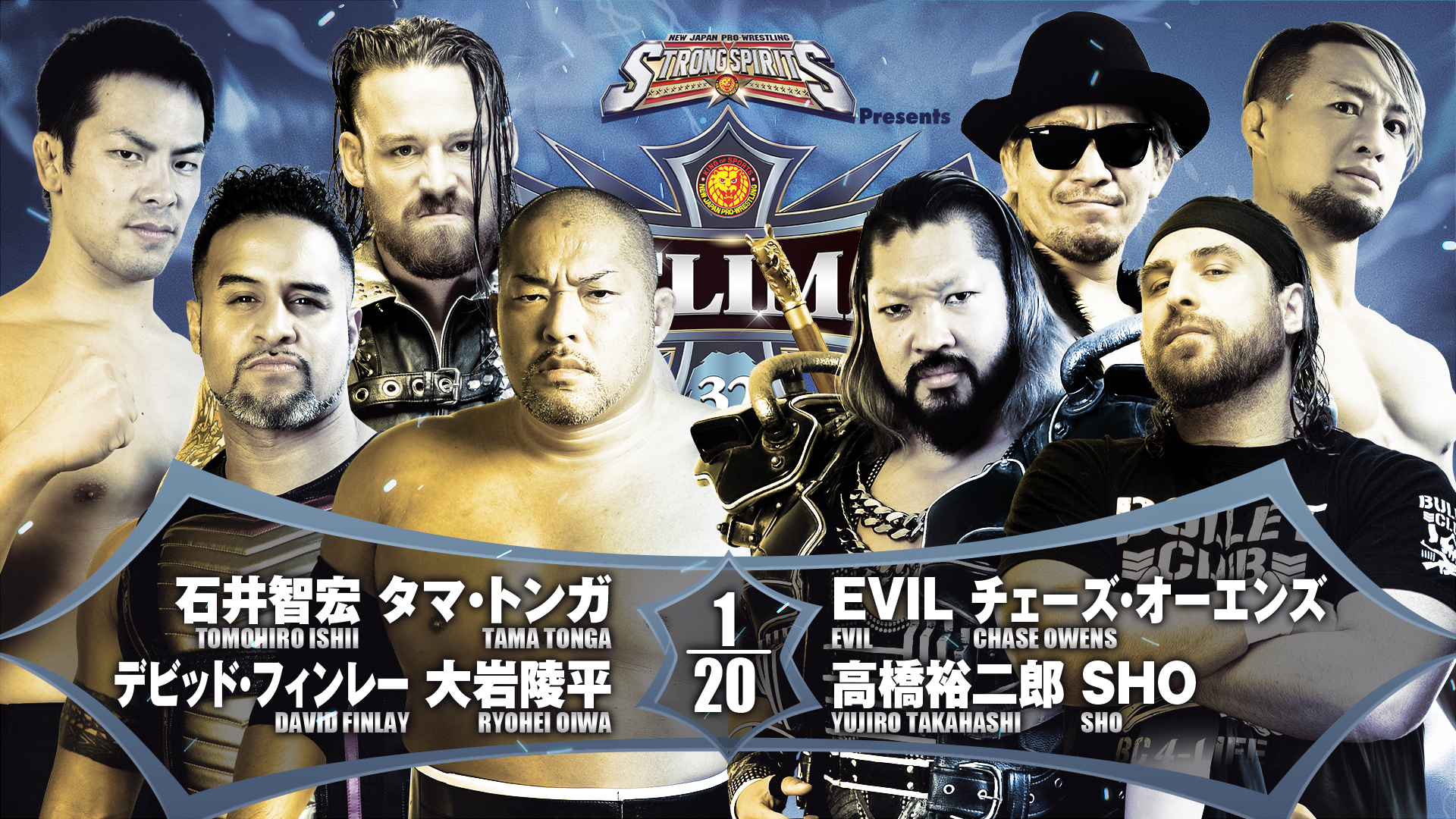 Eight man action will kick off the evening in Osaka. As the G1 wears on, some contenders may be falling by the wayside, but will be all the more dangerous as they seek to carve their narratives for post G1, while those in the mix are seeking to make their mark heading into the final fortnight.