This week’s edition of NJPW STRONG sees the start of the High Alert series, and along with it, brand new champions crowned. The frist ever STRONG Openweight Tag Team Champions will be determined this week on a stacked show from Charlotte North Carolina. 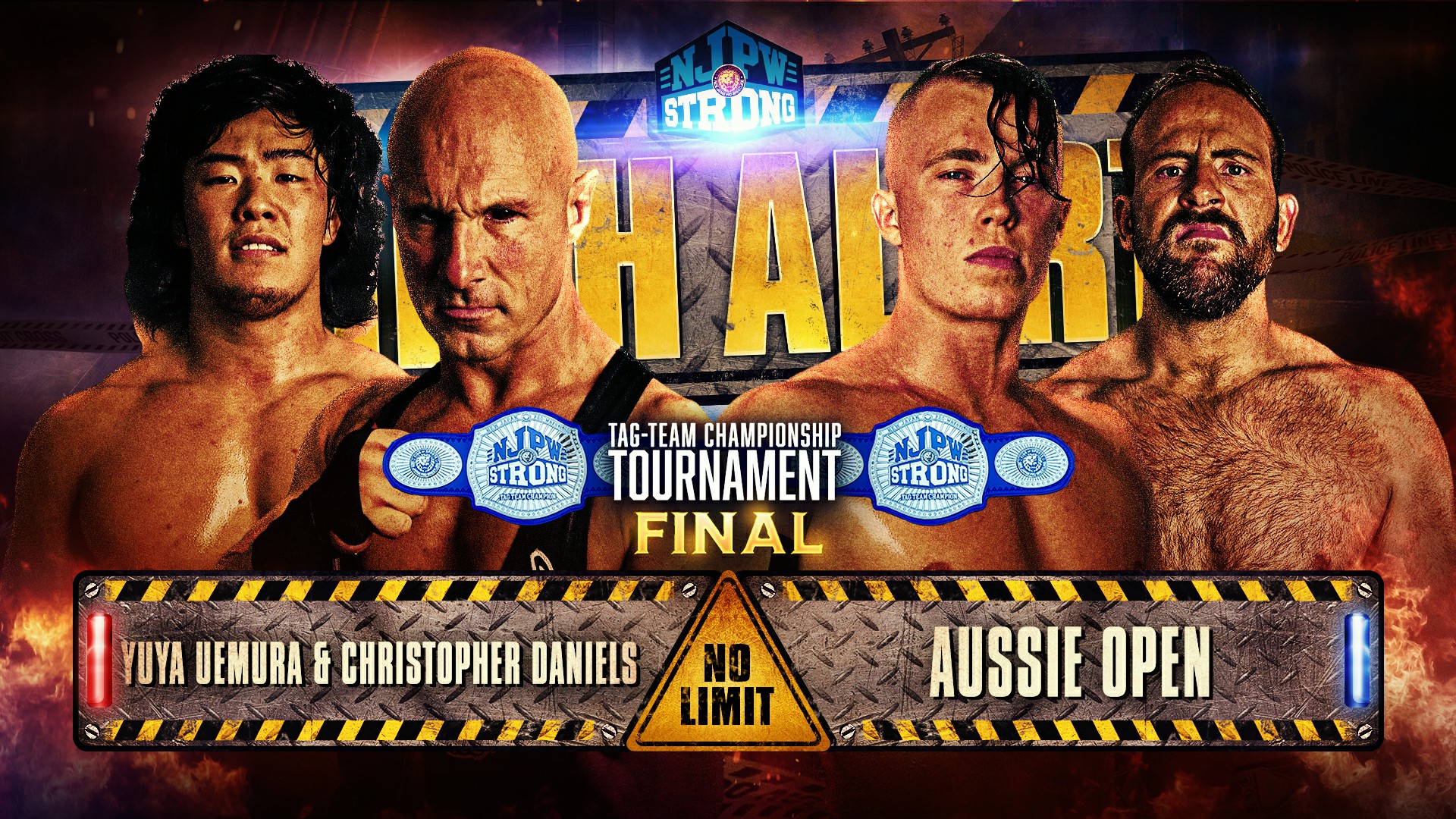 The STRONG Openweight Tag Team Championship final sees Christopher Daniels and Yuya Uemura take on Aussie Open. While Mark Davis and Kyle Fletcher were circled as a pre-tournament favourite, and lived up that status with commanding victories over Dark Order and the Stray Dog Army, their opposition tonight couldn’t be any more different.

‘The story you never thought you would see’ was how Christopher Daniels described he and Yuya Uemura’s journey to the finals. Uemura joined Daniels at short notice, not even the Fallen Angels originally planned partner after he took the place of Karl Fredericks. After a victory over The Factory in round one, few if any gave the two a chance against the established former GHC Champion tag team of Shane Haste and Mikey Nicholls. Yet a bloodied and beaten Uemura would land a Frankensteiner that punched a ticket for he and Daniels to Charlotte. Uemura is driven by a dream of his first career championship, while Daniels seeks more gold in the autumn of a long and decorated career. Yet Aussie Open are on their own path of dominance in every company they land in, as well as more in the trophy case of the United Empire. Who leaves Charlotte the first ever STRONG tag champions? 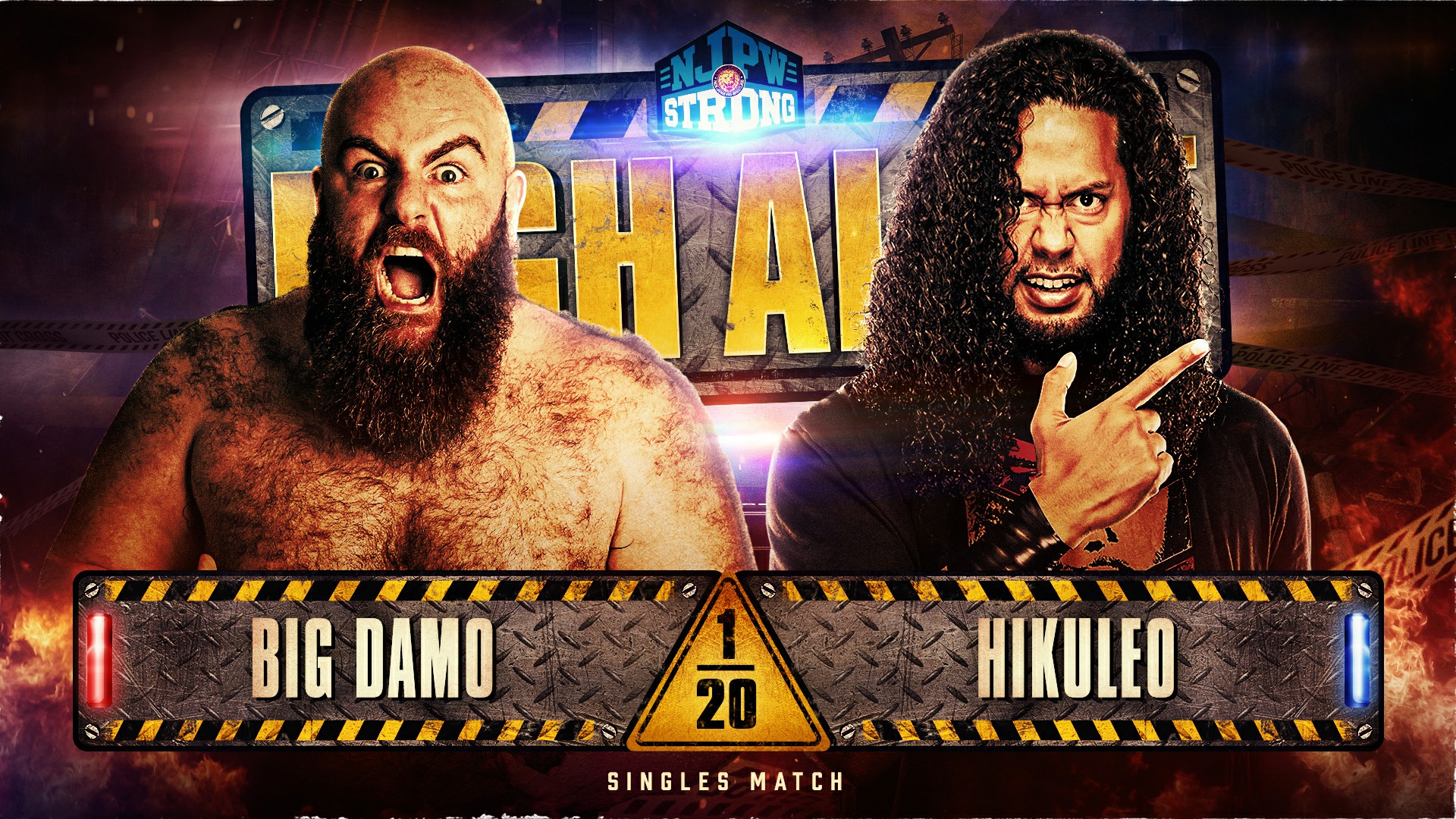 The G1 Climax is approaching its conclusion, and along with it the monster superheavyweight A Block. Yet there’s plenty of the ‘best of super heavyweights’ to enjoy on STRONG as well, and Big Damo and Hikuleo have their own battle tonight to be a dominant giant on STRONG. At Music City Mayhem in Nashville, Damo would challenge Fred Rosser in Rosser’s first defence of the STRONG Openweight Championship. The challenge drew the ire of Hikuleo, a long time enemy of Rosser’s, who felt that Damo had done nothing to earn his spot. After Damo lost to Rosser via Emerald Flowsion, Hikuleo will be fighting to show the world, and Rosser, that he is a more worthy (and potentially the next) challenger. 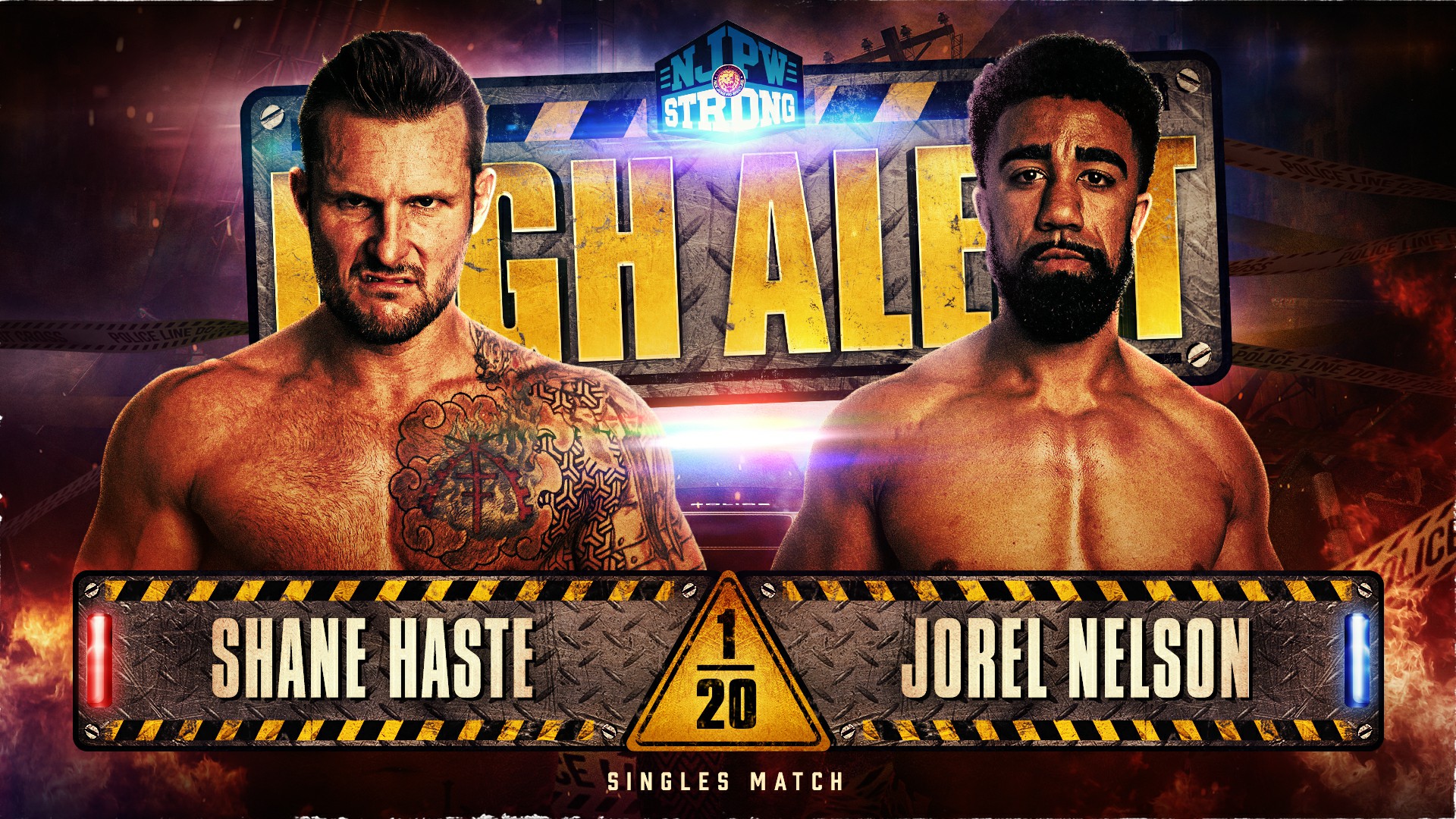 The night’s matches will kick off with a singles bout between two tag team experts. Before the STRONG Openweight tag tournament got underway, many pundits had the West Coast Wrecking Crew and TMDK circled as heavy favourites; when the two teams met in the first round, only one duo could advance, and that was Shane Haste and Mikey Nicholls. Immediately after that bout, Royce Isaacs would head to Japan to be at the side of Tom Lawlor through G1 Climax 32, but Nelson felt there was business left undone, issuing a singles challenge to Haste. That bout kicks us off tonight, and could have big consequences for both men, and their partners.