Big winners and big eliminations on first night in Osaka 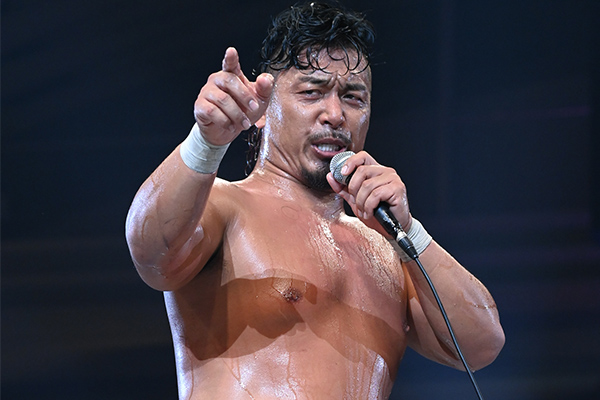 Osaka’s EDION Arena saw G1 action on August six for the first of two nights in the building; the Kanto fans received a memorable card full of drama that saw the first significant mathematical eliminations of the series. 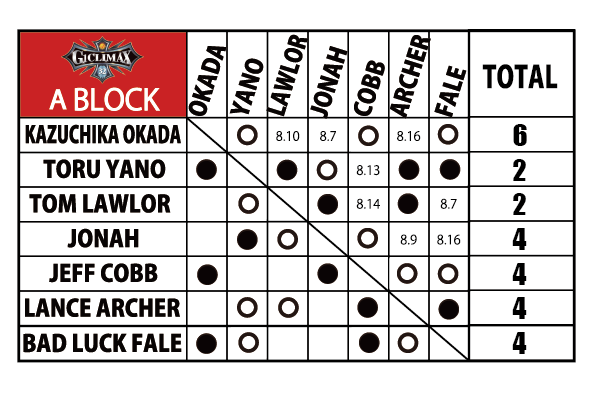 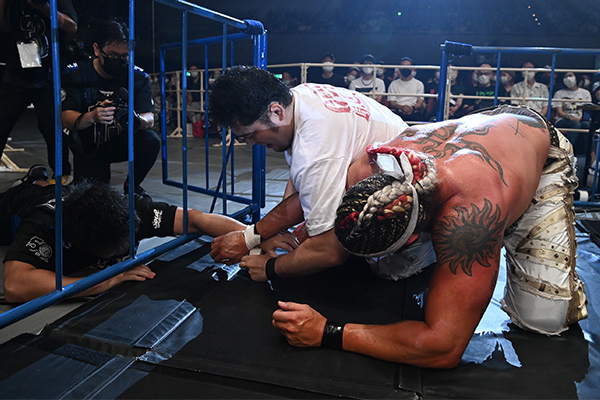 A Block saw Toru Yano fall by the wayside after a loss to Lance Archer. The giant Archer was in no mood for fun and games as he tried to corner the devious Yano, and when the fight spilled to the outside, even stayed one step ahead of his foe as he taped the CHAOS member to the guardrails; Yano barely escaping. Moments later, Yano one upped Archer with a roll of tape, as he joined Archer and Young Lion Yuto Nakashima at the wrist with the steel guardrail between them. 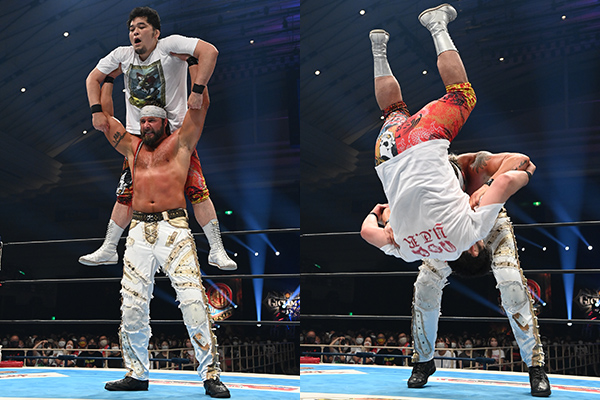 The Murderhawk Monster violently extricated himself from the predicament, hurling poor Nakashima through the guardrail and back into the ring, where he was the recipient of a chokeslam. While more (and less) legitimate wrestling techniques in the form of low blows and a chop block punctuating roll-ups nearly worked for Yano, positioning himself on the second rope proved to be a mighty mistake, a high knee and then the Blackout sealing his fate. 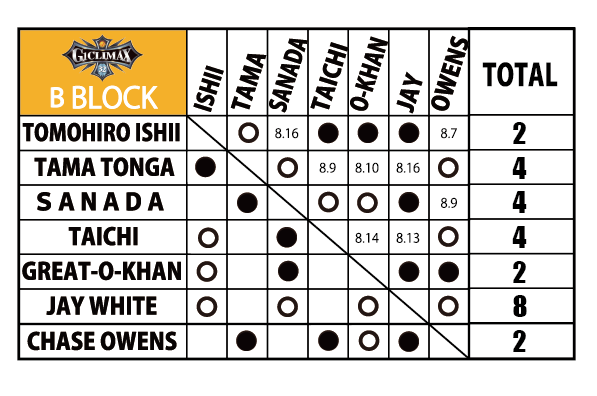 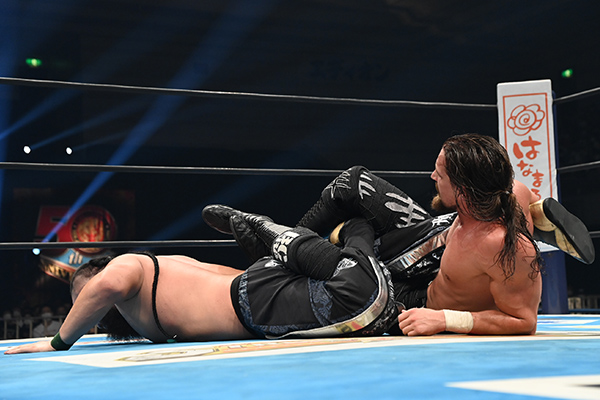 In B Block, the semi main event saw Jay White extend his lead to an unbeaten eight points in the block, and in so doing eliminate half of his competition. O-Khan tried early to shoot in on the IWGP World Heavyweight Champion, forcing White on the hind foot for only a brief second, where he adapted and, with Gedo’s assist, found an opening in targeting the right knee of the Dominator. With a persistent attack that drew heavily from White’s old nemesis in Hiroshi Tanahashi, the Switchblade efficiently zoned in on the injured body part, but O-Khan was able to get more than his fair share of licks in. 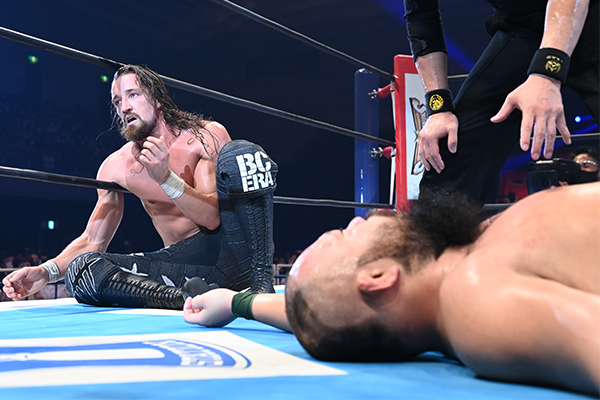 Pressured to near defeat with the TTO, a Bladebuster and then an uranage suplex, O-Khan went to his amateur and judo roots with a front suplex and shoulder take down. The Sheep Killer would follow for O-Khan, who went on several occasions to get the claw that leads to the Eliminator, but White would be able to escape the pressure that led to the lift on the move. O-Khan’s will to win was evident as he kept the claw in place, but White was able to drop his foe with a last gasp Bladerunner that secured a pinfall victory, eliminating O-Khan, as well as Chase Owens and Tomohiro Ishii at 1-3 in the process. 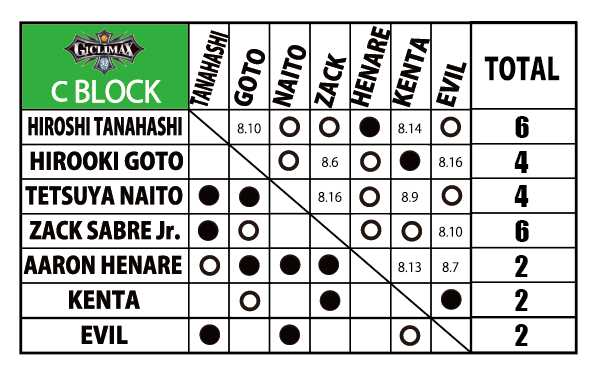 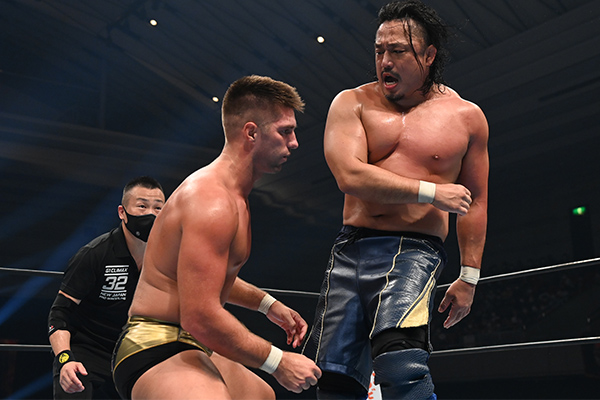 C Block saw a technical clinic between Hirooki Goto and Zack Sabre Jr. As Goto tried to outforce Sabre, the Briton was able to target the Fierce Warrior’s right shoulder, and his submission work would pay great dividends later on.

Goto would mount a comeback, but wagered further damage to his own right arm against the benefits his offence created. Using the cornerpost for a one man Shoto, driving Zack down for GTW, and setting for GTR all caused Goto to be in extreme pain, and in the end created a submission opportunity that Goto could not withstand, putting Zack jointly at the top of the table with Tanahashi at six points. 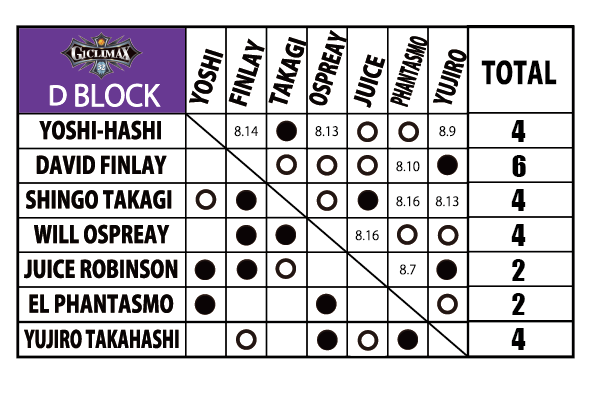 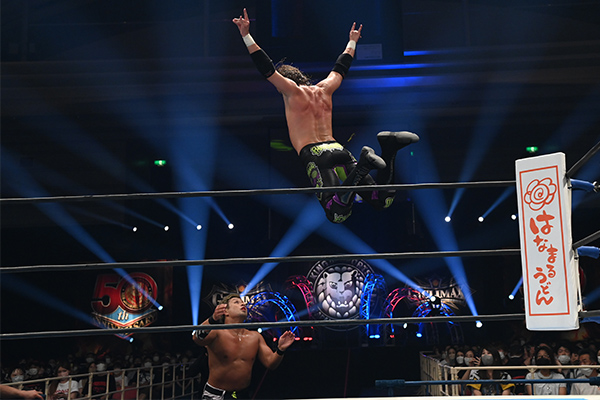 D Block action topped and tailed the tournament matches on the night, with YOSHI-HASHI starting against El Phantasmo. The flashy Phantasmo took to the air with a beautiful dive and a stunning ‘Too Sweet-sault’ to the floor, and even as he tested the Headhunter’s striking prowess, came up unphased, but had significant trouble with landing his signature offense. 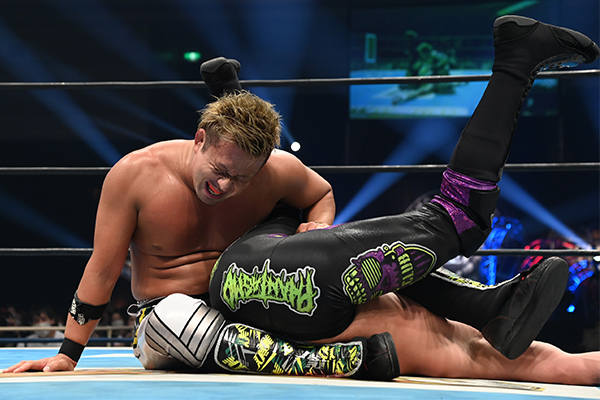 YOSHI-HASHI had a read for most of Phantasmo’s key moves, countering Sudden Death, the UFO and CR II at different phases through the match. ELP had also done his homework, and would not easily give YOSHI-HASHI ground, eventually landing the Sudden Death as well as Thundr Kiss ’86. Yet it was the will of the CHAOS member that shone out as he kicked out at two to a thunderous reaction. YOSHI-HASHI’s indomitable heart willed him to the Kumagoroshi for two and ultimately Karma for three, giving him his best three match ever in his G1 career. 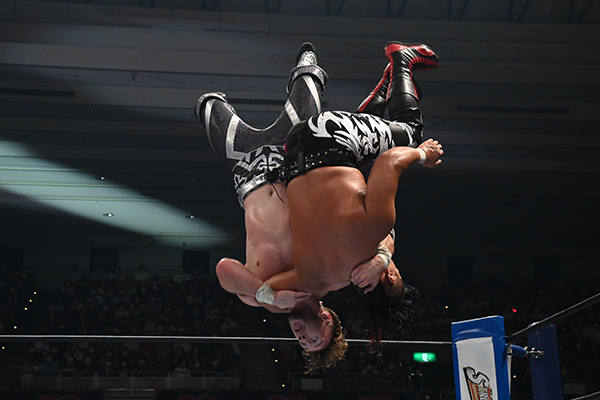 The main event, as expected, was a thriller between Shingo Takagi and Will Ospreay. With the bulk of their matches in the past going over thirty minutes, both men knew they were on the clock and brought a fast pace from jump, Takagi getting early impacts, but Ospreay headstanding out of a DDT before landing an impactful plancha. Shingo would fire back with typical straight ahead power, before a scintillating high speed exchange gave Ospreay the upper hand.

A top rope Spanish Fly followed, as well as a 450, before Ospreay landed a series of hook kicks. Yet Shingo would catch the Hidden Blade, and then snapped the right arm of his foe with authority, severely limiting Ospreay’s right arm. The Commonwealth Kingpin’s insane athleticism saw him rotate away from Pumping Bomber to land on his feet, only for an OsCutter follow up to be met with a cutter of Takagi’s own. 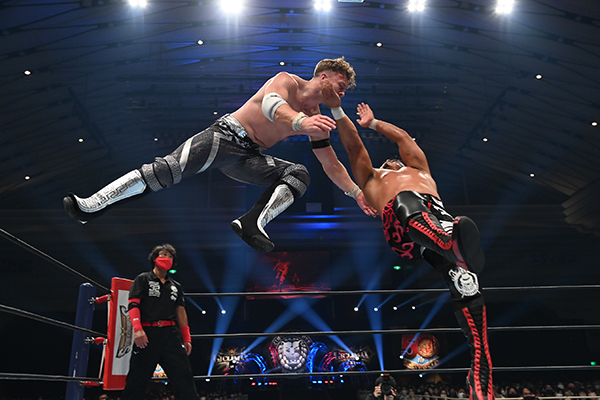 Shingo got greedy as he tried for Stormbreaker, but Ospreay resisted and delivered Made In England before an OsCutter for two. With his hurt arm stopping a Stormbreaker of his own, Will Used his feet to score off Shingo with hook kicks, but Hidden Blade saw him recoil in pain. Takagi would land Pumping Bomber, before Last of the Dragon sealed victory. 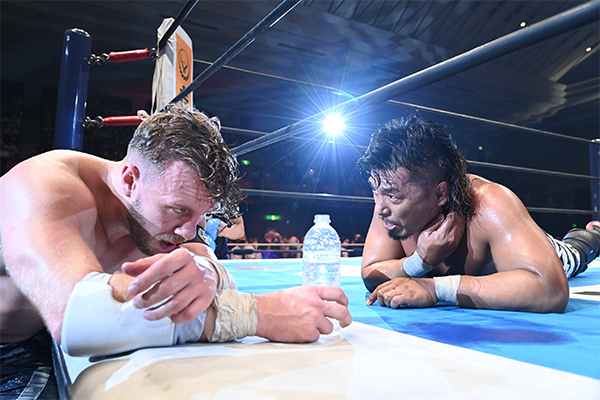