NJPW returns to Machida for its first event in over three years as G1 Climax rattles to the wire. As we head toward the Nippon Budokan on August 16 and our final league matches, might some blocks get sewn up tonight?

After, Taichi’s loss to Tama Tonga in Hiroshima, the Holy Emperor is out, with hsi only hopes to tie at the top being if Tama Tonga and Jay White go to an unprecedented no contest at the Budokan. Jay will be keen to remind Taichi of his 2-0 record against the Holy Emperor, but the always prideful Taichi will be looking to end his troubled campaign with a pair of wins this weekend. With with the Switchblade unbeaten to date, a victory over the IWGP World Heavyweight Champion will open up some serious doors. 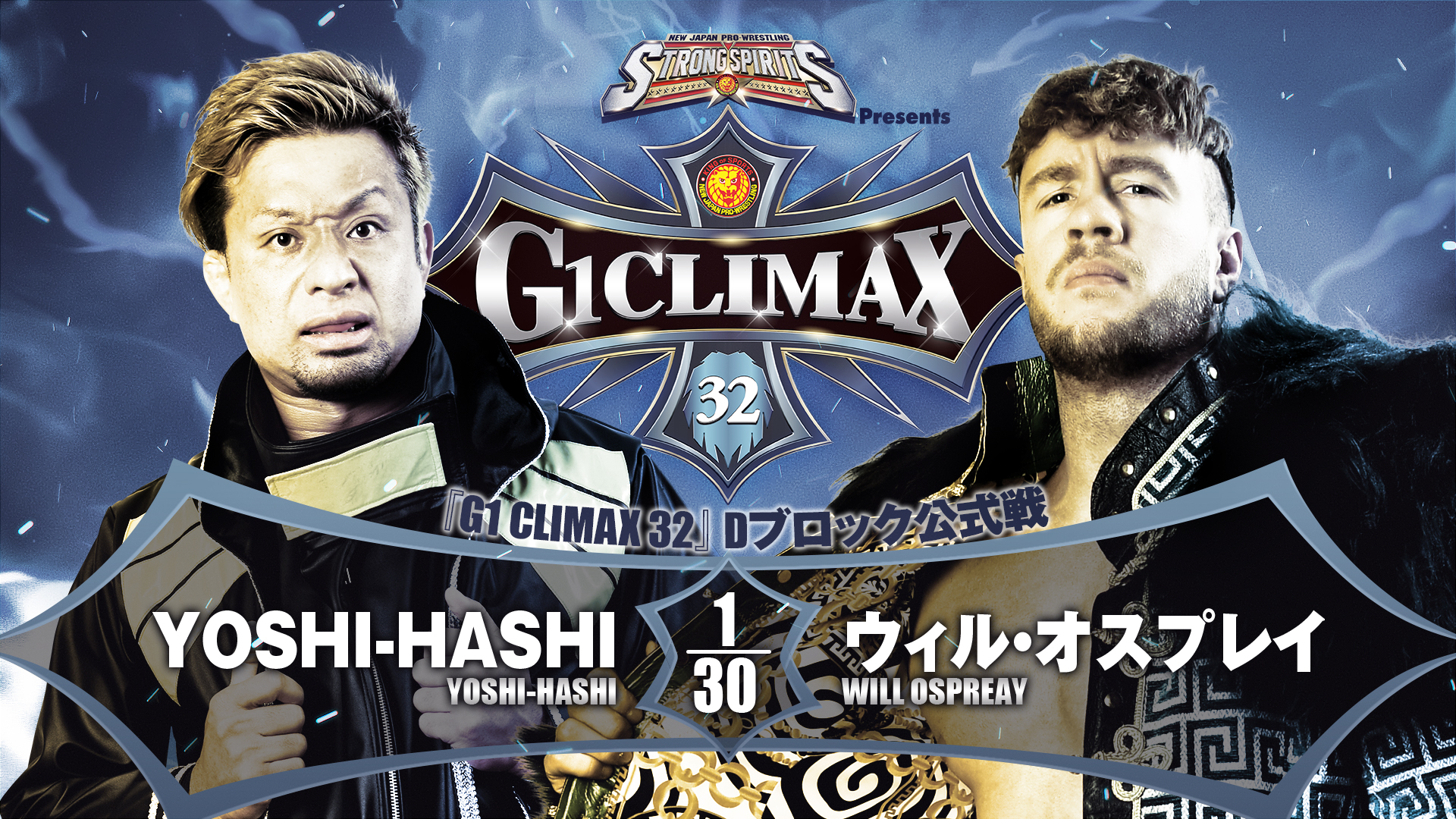 If Yujiro wins, both men must also win

While the scales in B Block are weighted heavily toward the IWGP World Heavyweight Champion, D Block has become an incredibly intricate balancing act that has seen every participant still in the running, and the possibility of an unprecedented seven man tie not entirely ruled out. It has also seen at least two contenders for Will Ospreay’s IWGP US Championship created as of this writing, with David Finlay and Shingo Takagi both defeating the champion and putting themselves in line for a shot. After YOSHI-HASHI captured NEVER 6 Man gold for the first time two years ago, and tag team championships at the start of 2022, the Headhunter wants nothing more than his first singles glory. Beating Ospreay tonight would let him join the line of contenders, and more importantly, move him closer to an immense G1 upset. 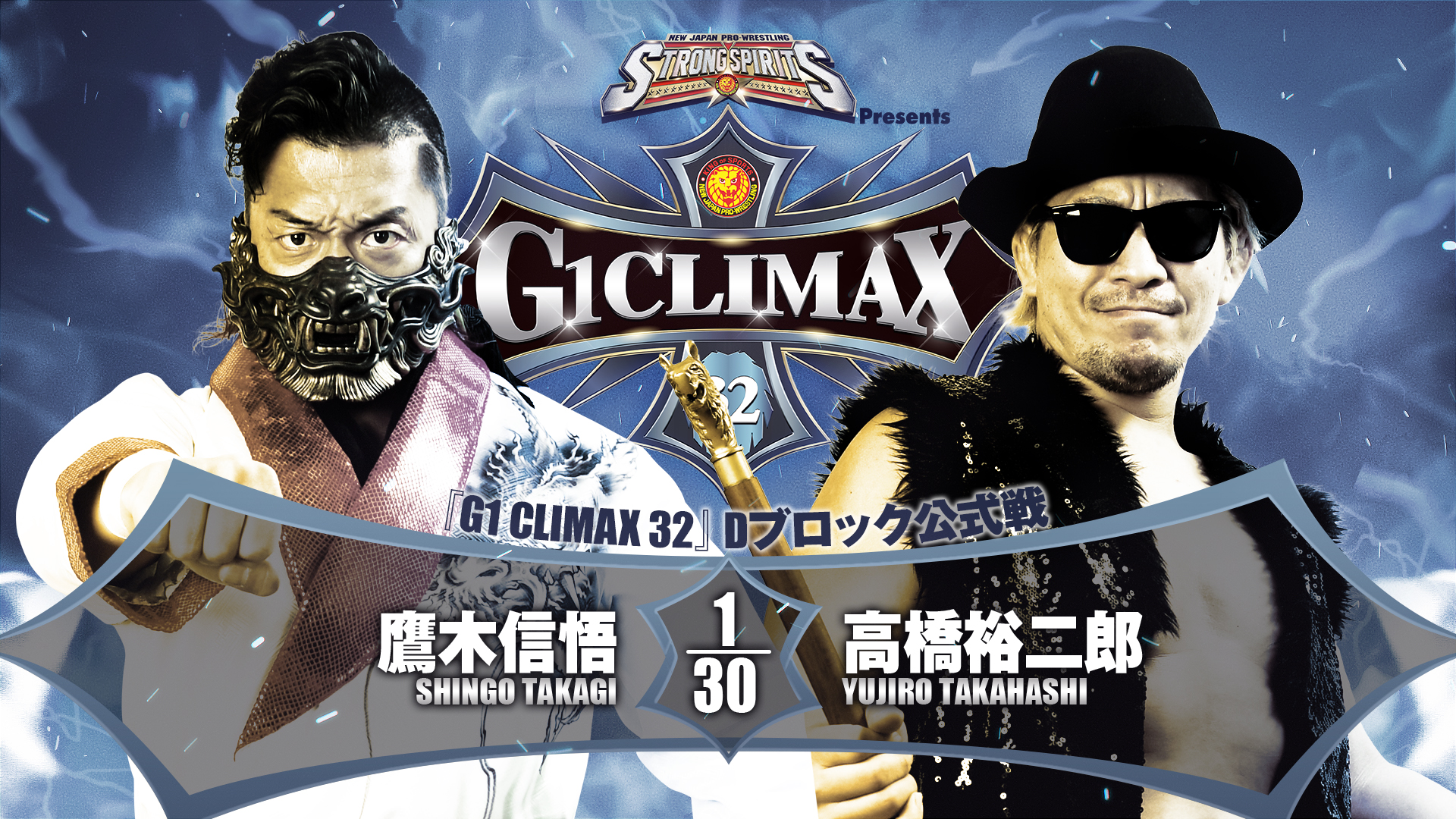 Another disruptive force in the D Block balancing act is Yujiro Takahashi. Certainly few, if anyone, expected the Tokyo Pimp would be quite so successful in his G1 campaign as to still be in the conversation in the final days of league action. Moreover, he stands to eliminate Shingo Takagi tonight just as he did at the end of last year’s G1. Then in Yokohama, Yujiro caused a double countout that meant the Dragon was unable to achieve A Block victory; tonight in Machida a loss would end his campaign as Takahashi moves clear.

It isn’t as if the Tokyo Pimp has wholly earned his spot at the top of the D Block rankings; that is down in no small part to the actions of SHO in his ‘supporting role’ at ringside. As HOUSE OF TORTURE seek to protect their investments, and with EVIL out of C Block, they want Yujiro to do the unlikely and make the final four; Takagi must stop that from happening for the sake of pure wrestling fans worldwide. 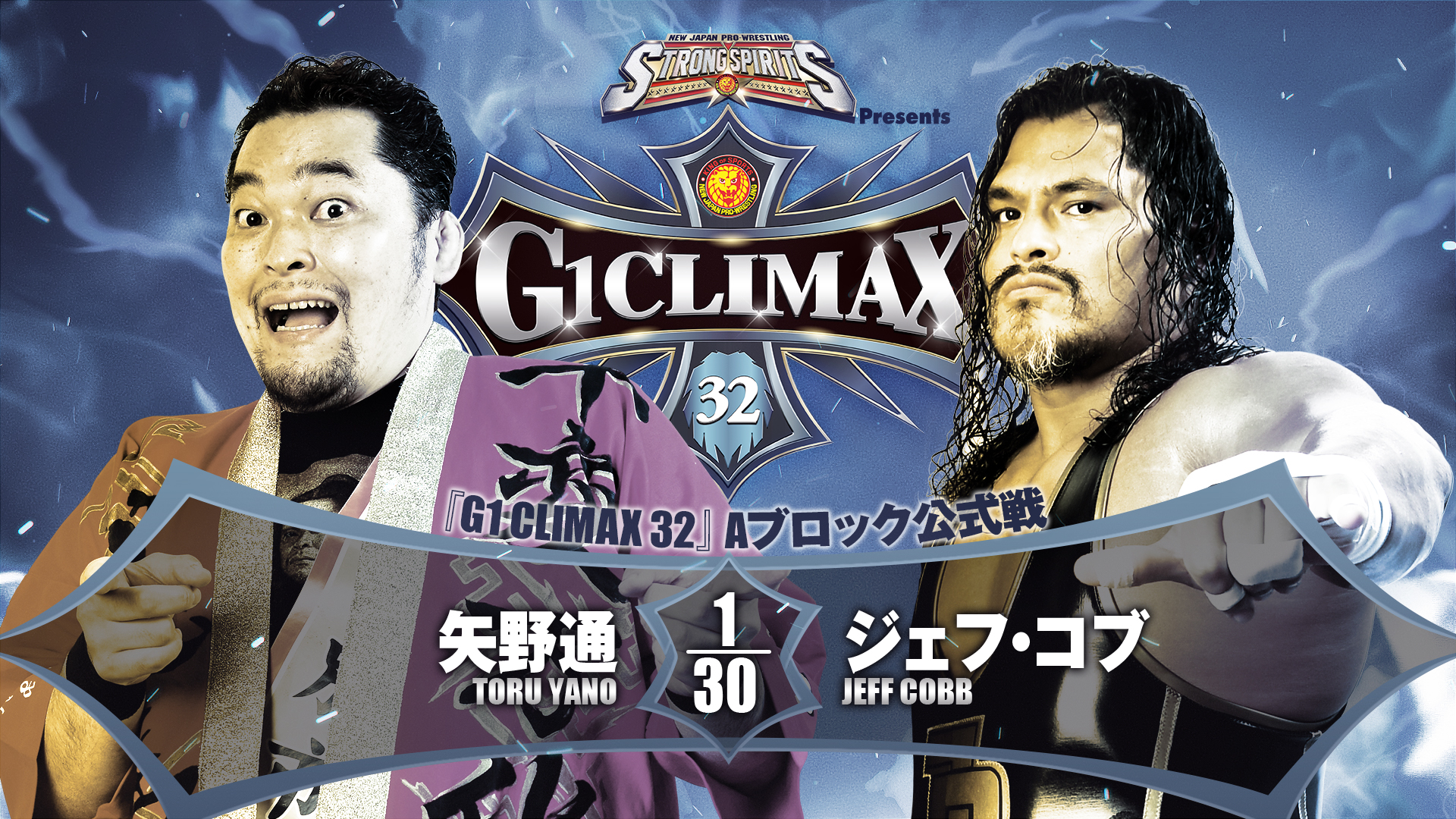 With defeats to Kazuchika Okada and JONAH, Jeff Cobb has gone from group dominance in 2021, to finding himself on the bubble in 2022. With no control of his own fate, he can only hope to win out and ensure a multiman tie with Okada and Lance Archer to create a play-in match at the Budokan. There is no doubt the Imperial Unit will be using every last bit of his considerable power and ability to ensure that he holds up his end of the bargain, but Yano will be working for a tour closing pay check, and to keep the sponsors and the Noboribetsu bears happy. Can he upset Cobb for his second win tonight? 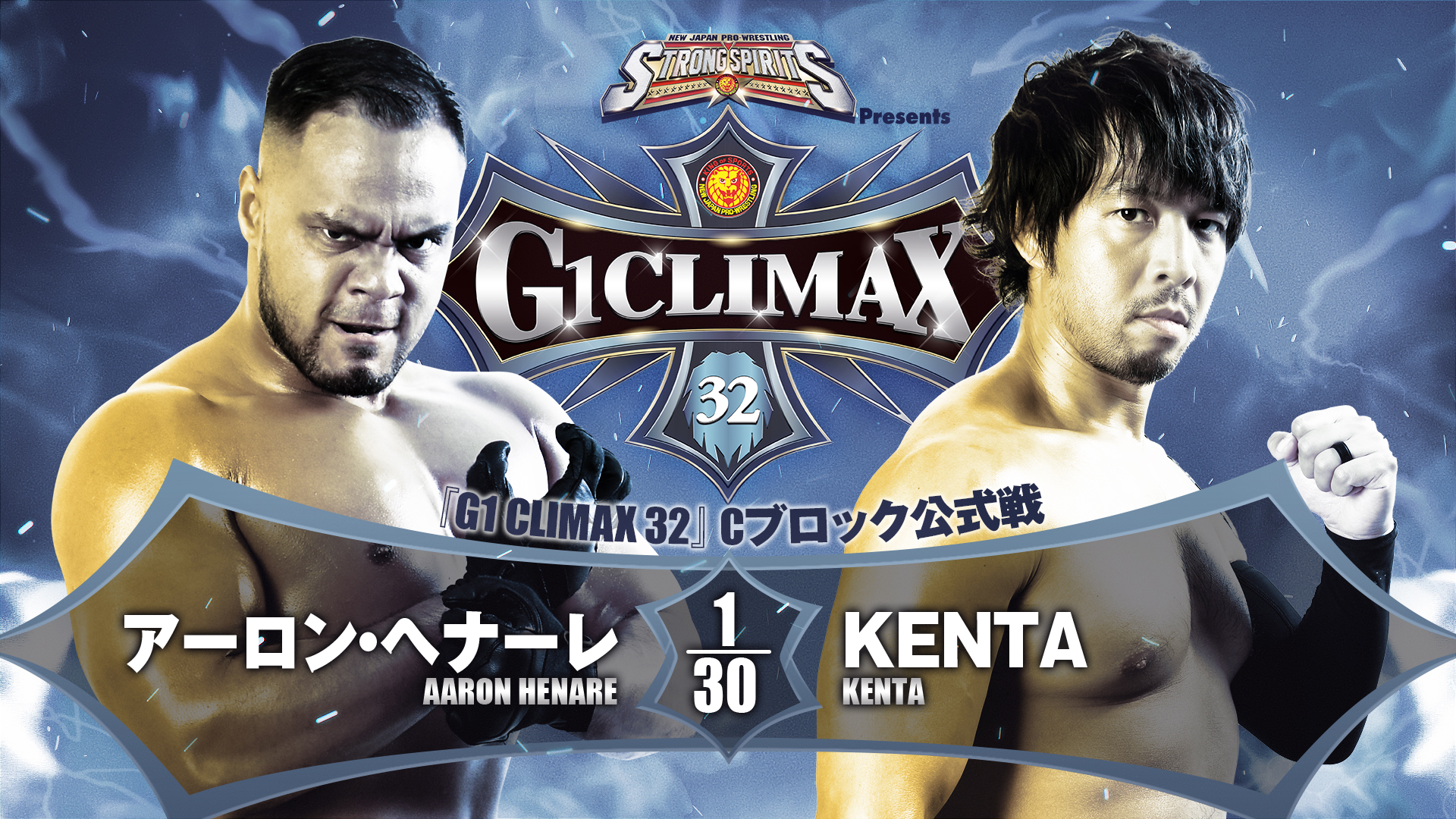 Both Henare and KENTA are out of the C Block running with several days left in the tournament, but while mathematical steaks may be low, personal ones are high for the Ultimate Weapon especially. After starting is campaign with an impressive win over Hiroshi Tanahashi, he now seeks to bookend his debut G1 win with a win against a man who is still one of professional wrestling’s premier strikers, and one of the wrestling world’s most respected figures, if not one of its most well liked at times. After a hard hitting banger with Zack Sabre Jr. to start his campaign, a similarly strict side of KENAT could well show through in this one; a hugely intriguing stylistic battle that might be a sleeper match to steal the show in Machida. 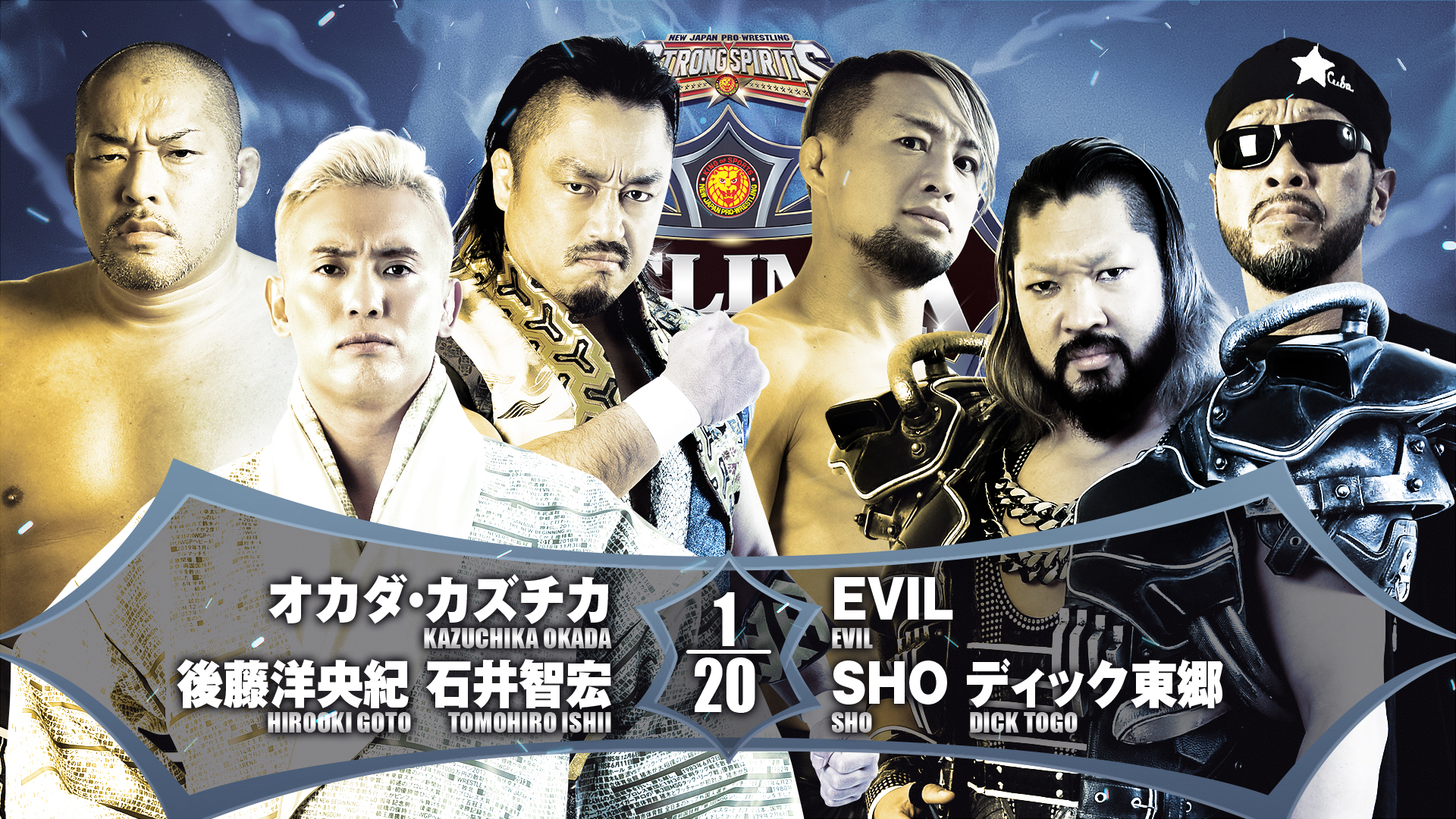 CHAOS take on HOUSE OF TORTURE in six man action in Machida. After Wednesday’s main event in Hiroshima, Hirooki Goto is still alive, and in strong shape if he can take down EVIL, who was put out of the running by Zack Sabre Jr. Those results mean their meeting Tuesday in the Nippon Budokan is critical to C Block, and this preview match will be all the more important as a result. 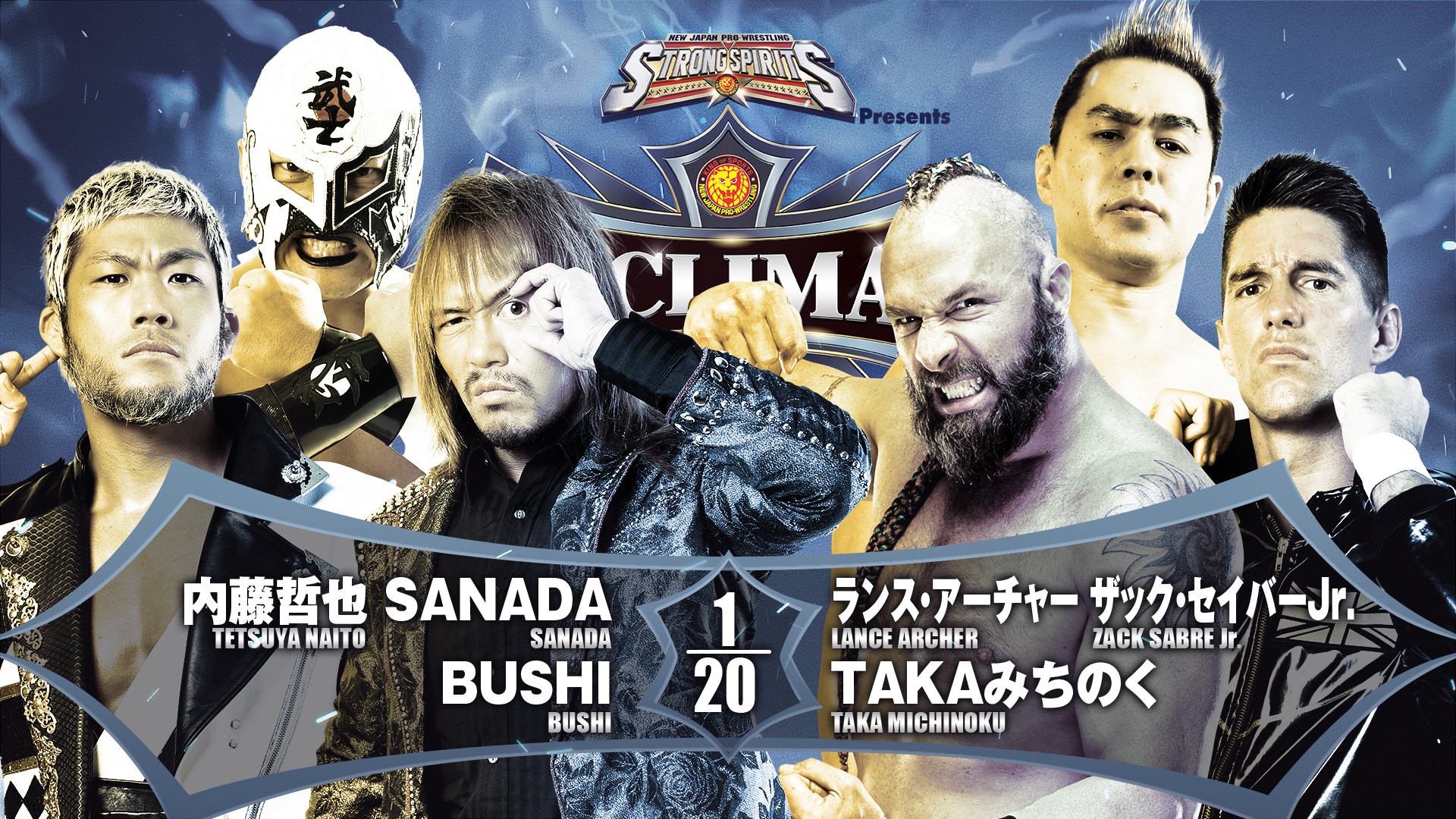 While SANADA’s G1 hopes are over, Tetsuya Naito, ZSJ and Lance Archer are still very much in the hunt going into the Budokan Tuesday. With Sabre and Naito set to face off in their last C Block match, this key preview will see both men looking to make a statement. 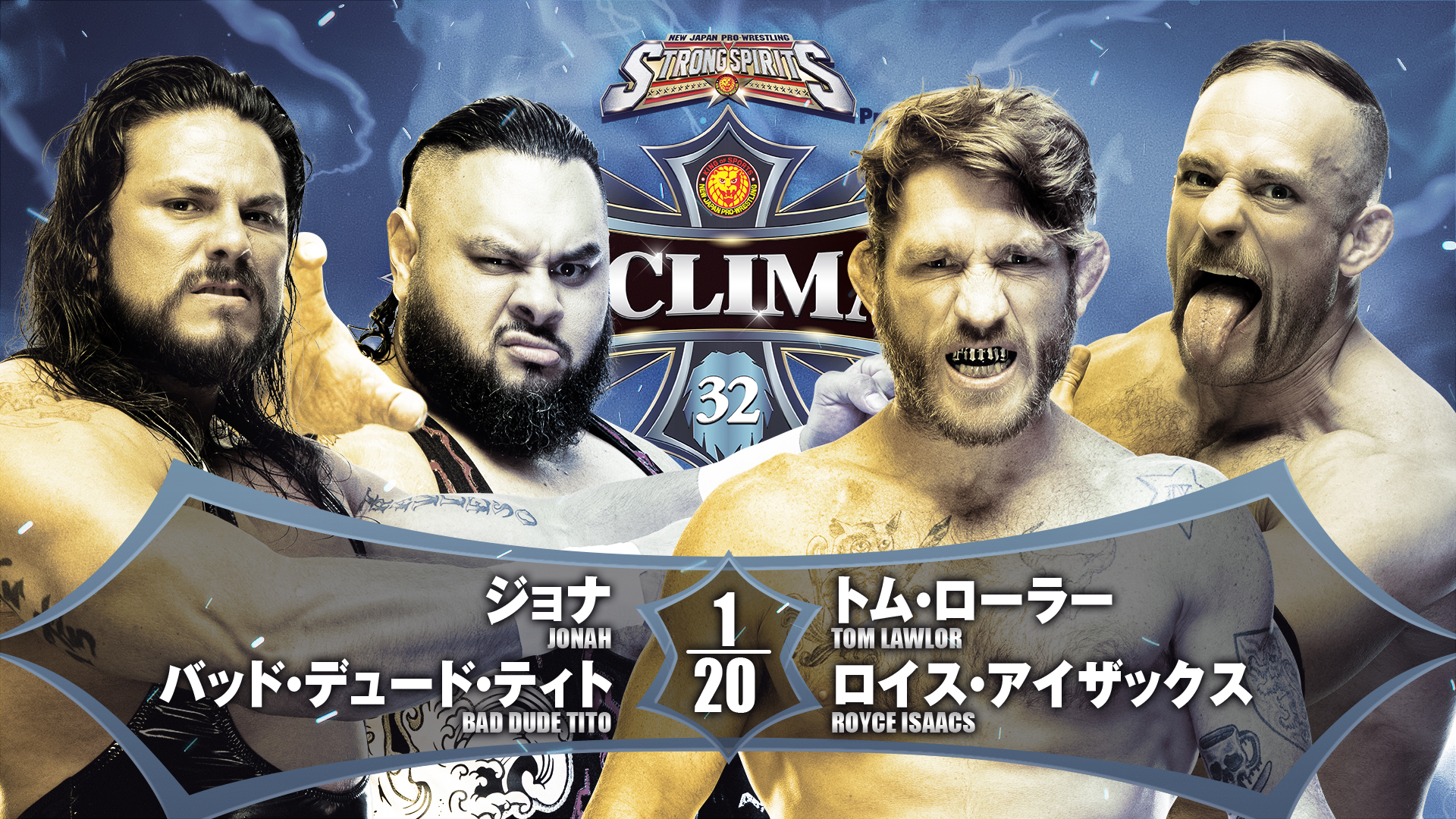 TMDK and Team Filthy have burst onto the Japanese NJPW scene during this tour and have undoubtedly left a significant mark on the landscape. Not only have Tom Lawlor, and especially JONAH, impressed in A Block singles action, but Royce Isaacs and Bad Dude Tito have fought hard in tag team action, including against one another. TMDK hold a 2-1 lead over Team Filthy in the tour to date; will the Dude and the Dog assume STRONG faction superiority, or will Team Filthy draw even? 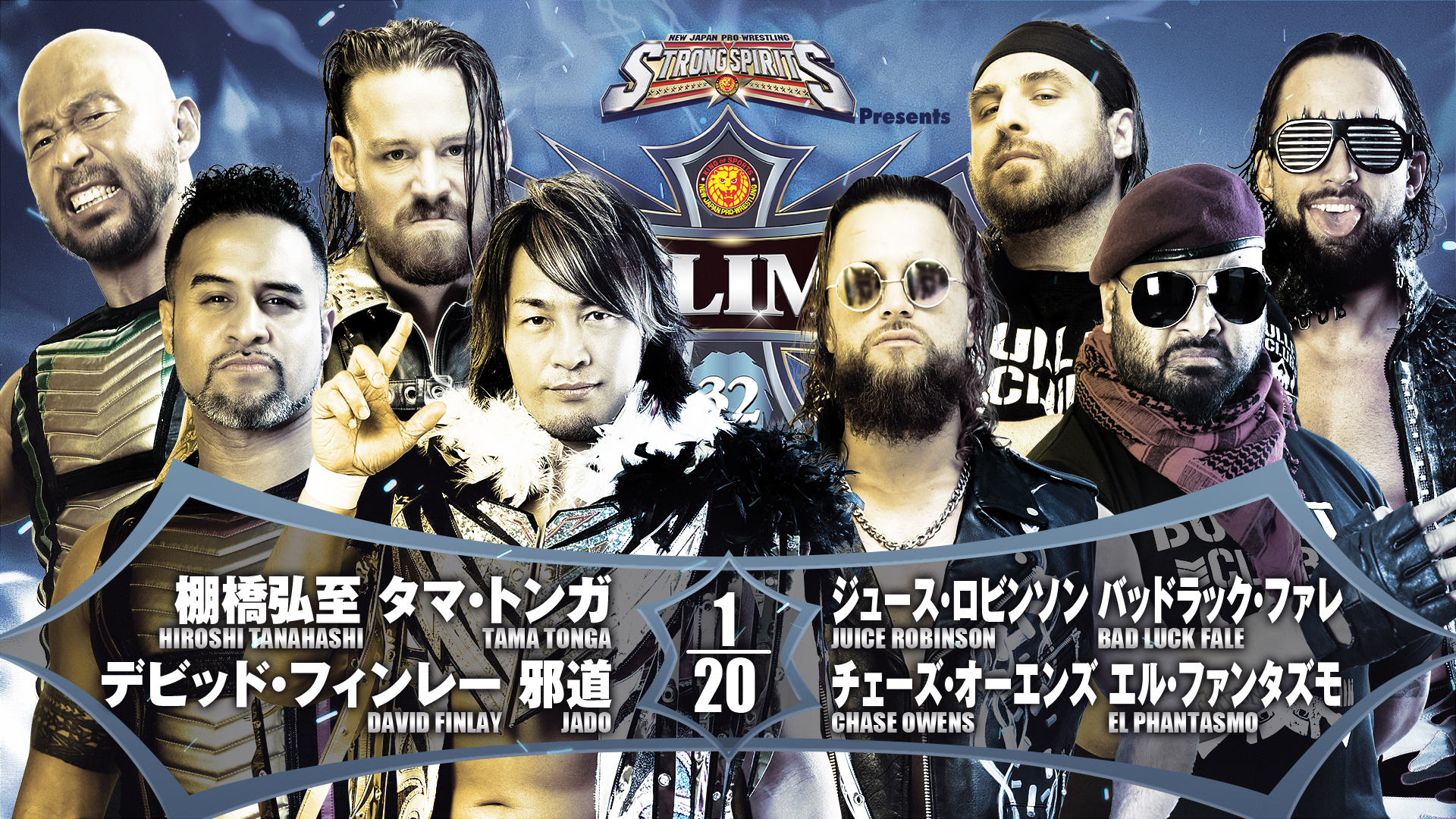 Kicking off the night with all-star action, a Hontai force takes on BULLET CLUB. Juice Robinson and El Phantasmo are both alive heading into the Budokan Tuesday, but have to set their sights on different competition tonight, Hiroshi Tanahashi, Tama Tonga and David Finlay all in their respective block hunts.