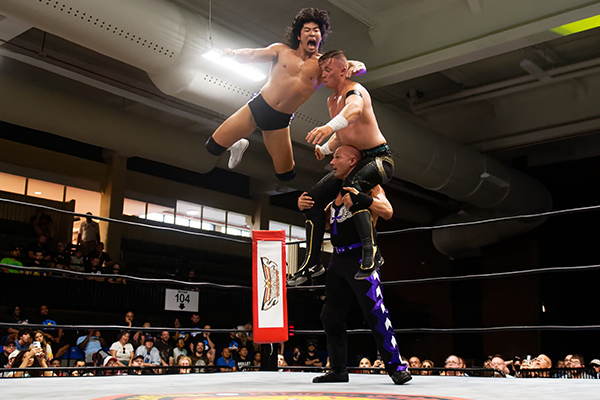 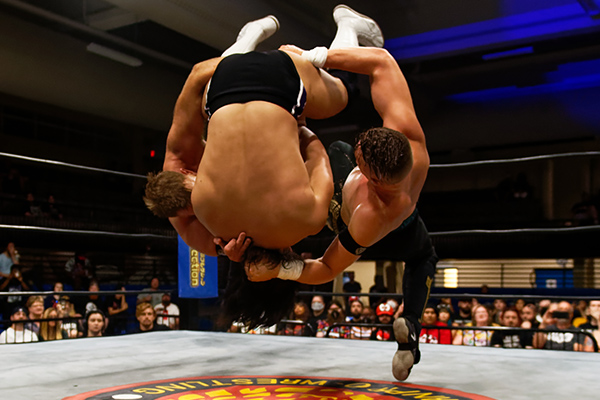 Uemura and Daniels had the upper hand early with some slick team work, but a plancha from Daniels missed to allow the Australians to take control. Daniels would be able to find some distance with a tijeras that brought Uemura inside; the young man landing a Deadbolt suplex to Fletcher, before he and Daniels got a Doomsday Bulldog for two, but Davis broke up the hold and as the match started to break down, the United Empire members kept their composure. 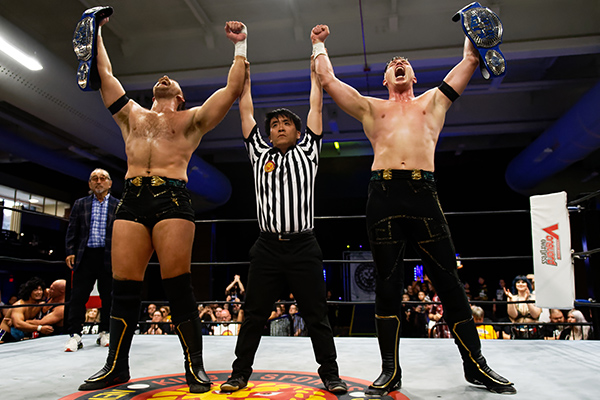 Uemura would be planted with a barrage of tag teams, but Daniels was able to break up Corealis. Daniels wanted another top rope tijeras but was spiked with a Davis poweromb; though Uemura got a near two from a Frankensteiner on Davis, Fletcher was just barely there in time to break up the pin, and Uemura eventually fell to Corealis as Aussie Open made history on STRONG. 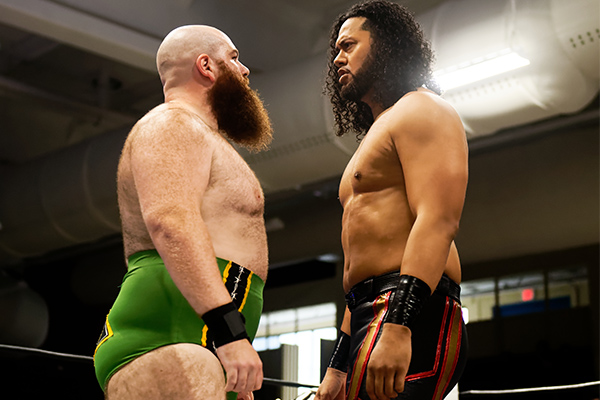 Super heavyweight action saw Big Damo take on Hikuleo on STRONG. Heavy hits dominated the match, with Damo taking Hikuleo down to the floor early. The two almost fought to a double countout before getting back inside; Hikuleo wanted a powerslam but was scouted and struck with a Damo crossbody. From there the Belfast native took full control of the bout, but after a big senton, missed the Damo Bomb. Hikuleo was able to strike with a sudden chokeslam to claim victory. 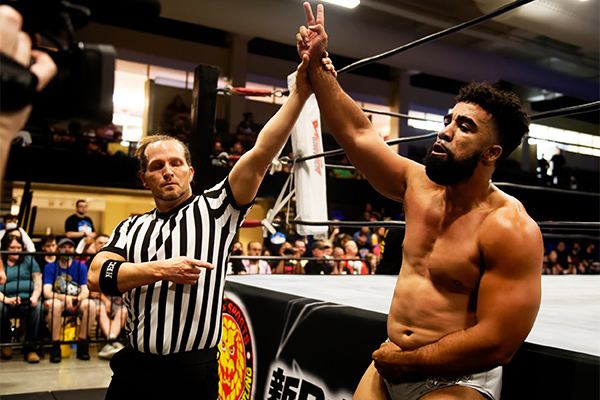 The episode kicked off with a singles bout between Shane Haste and Jorel Nelson. After TMDK eliminated West Coast Wrecking Crew from the tag team tournament, Nelson had issued a singles challenge to Haste, the match starting even with some great athleticism from haste, but changing with a back body drop onto the apron.

Nelson would have full control before going for a backdrop too many. A third attempt of the move saw a spectacular DDT counter from Haste. With some wild offense, a tope suicida and cannonball in the corner scored for Haste before a sit out powerbomb for two. As the match grew in intensity, the man traded heavy strikes before a superplex took Haste and Nelson down to the mat; a chop block and schoolboy with a handful of tights getting a sudden win for Nelson.