Final four (should) be set in Budokan

After a month long journey across Japan, the Nippon Budokan sees the first of three final nights on August 16. The last league matches will, in theory, see four block winners determined, albeit with the threat of tiebreaks needed in D Block. 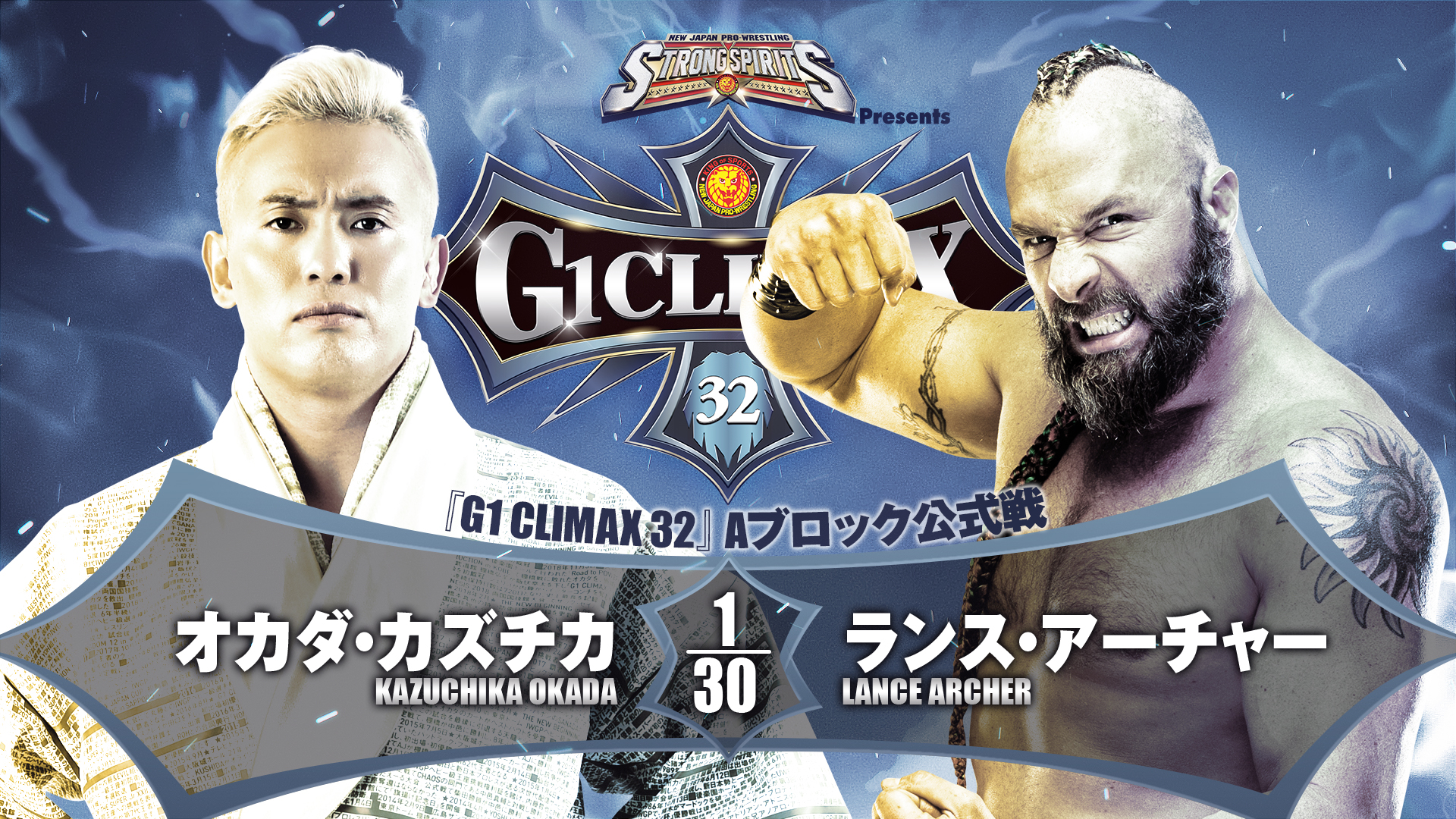 An Okada win or draw wins the block

An Archer win wins the block

So far in the monster block, the superhuman Kazuchika Okada has been almost untouchable. The ‘almost’ exception was a thrilling Osaka loss to JONAH, a result that keeps the Top Dog alive on an extreme technicality tonight. Should JONAH beat Bad Luck Fale, and our main event get thrown out as a no contest, he would be through, but there is no question that either man in our main event would let that happen.

Archer is in the best position of his career to make it outside of the block stage in the Budokan. Having beaten JONAH via countout, tiebreaker scenarios would put the Murderhawk Monster into the final four Wednesday- provided he can get past the Rainmaker. That is a tall order indeed. Five times the two men have met between Okada’s winning debut G1 year in 2012 and Archer’s most recent previous appearance in 2019. Five times Okada has defeated Archer. for Okada, just one more monster defeated will put him closer to a second straight G1, and fourth overall to put him within touching distance of Masahiro Chono’s record of five. 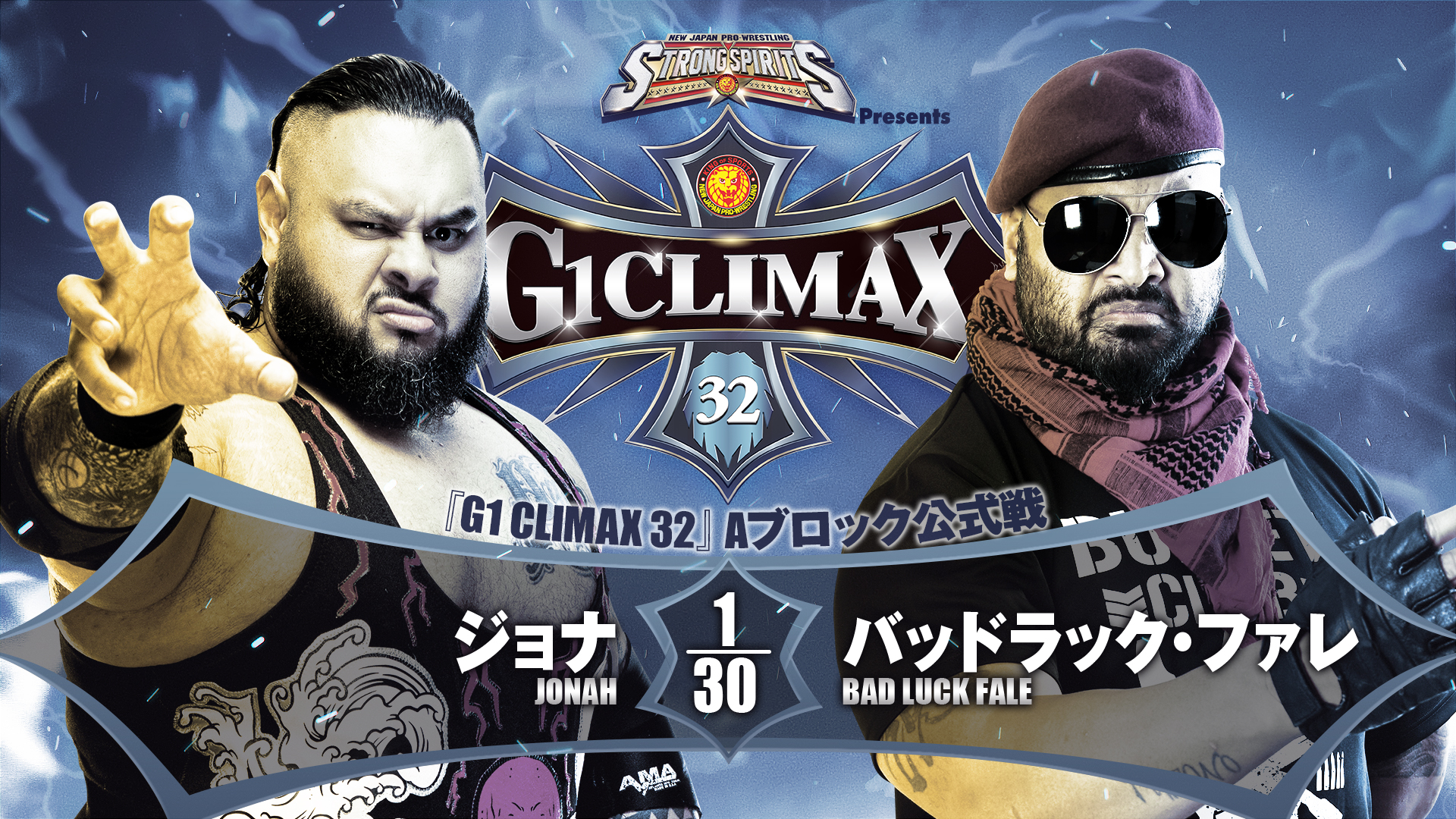 With one of the lasting memories of G1 Climax 32 being JONAH’s incredible victory over Kazuchika Okada, it’s somewhat surprising that anything outside of a no contest in the lance Archer and Kazuchika Okada match tonight would see him eliminated. What makes it all the more remarkable is that the Top Dog could potentially end the G1 without being pinned or submitted, a feat only Bad Luck Fale can lay claim to in the modern era.

Of course, Fale’s ‘flawless’ G1 in 2018 came as a result of constant disqualifications, and the Rogue General may seek to throw similar caution to the rules here tonight in the Budokan. In a super heavyweight clash, will JONAH end with a win, or will Fale close out with a BULLET CLUB statement? 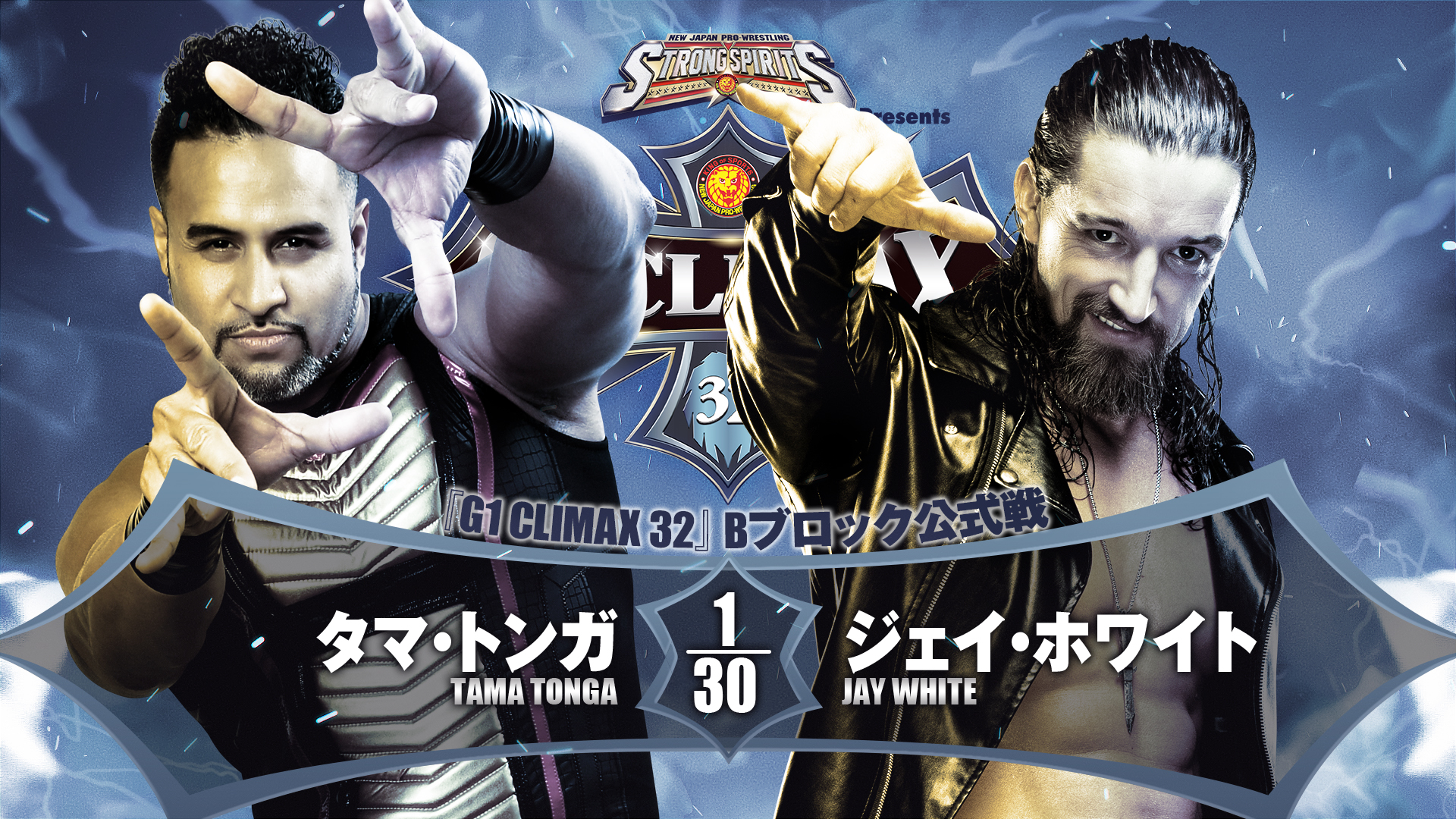 A White win or draw wins the block

A Tonga win wins the block

Jay White has consistently racked up six wins in all of his G1 Climax appearances to date, and is well on the way to being the only man in 2022 to achieve the same. A perfect record awaits the Switchblade, who is seeking to be the first IWGP Champion since Kensuke Sasaki in 2000 to win the G1, but in the way is the physical representation of karma. This February, the catalyst of Professional Wrestling was the architect of Tama Tonga’s exit from BULLET CLUB, and now has to meet the consequences of his actions.

Certainly White is not looking past Tama. A post match attack with a chair and a pair of Bladerunners made it very clear that the champion sees Tama as a threat. With Jado sure to neutralize Gedo as a second tonight, it will all be about a one on one affair, and much needed vengeance for the Good Bad Guy, but can Tonga keep control of his emotions long enough to prevail? 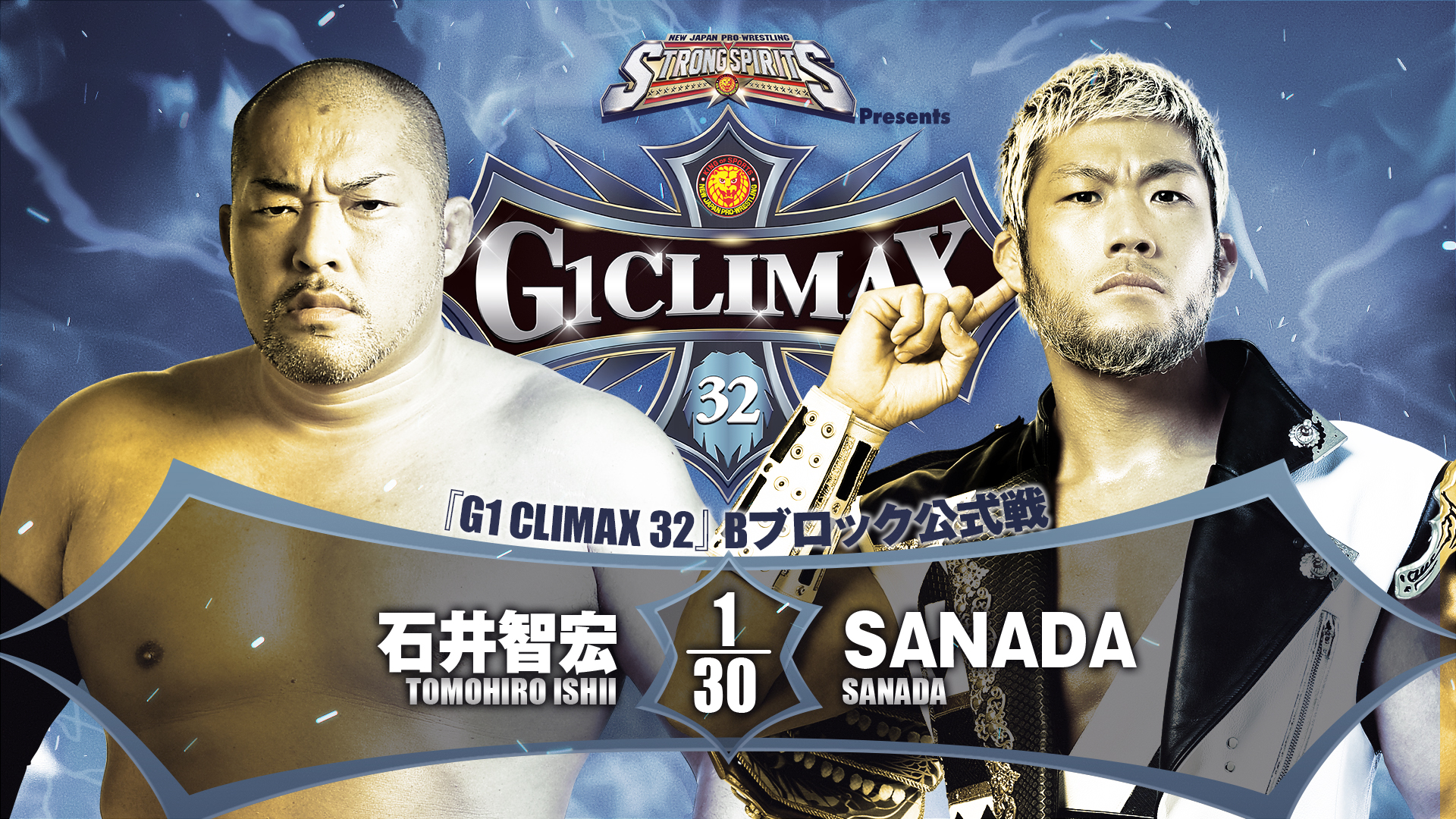 There’s no doubt that Tomohiro Ishii and SANADA both will be coming out of G1 Climax 32 dealing with considerable disappointment. While SANADA’s 3-2 record would have him competitive in the other blocks, Jay White’s dominance in B Block has put him out of the running. Now he has to find another way to carve his narrative through 2022 and into 2023; meanwhile Ishii may be asking more serious questions of his appearance next summer. While NJPW STRONG will see him refocus in Las Vegas this September, a key element to the rest of his year and future prospects for a potential G1 Climax 33 hang on this match. 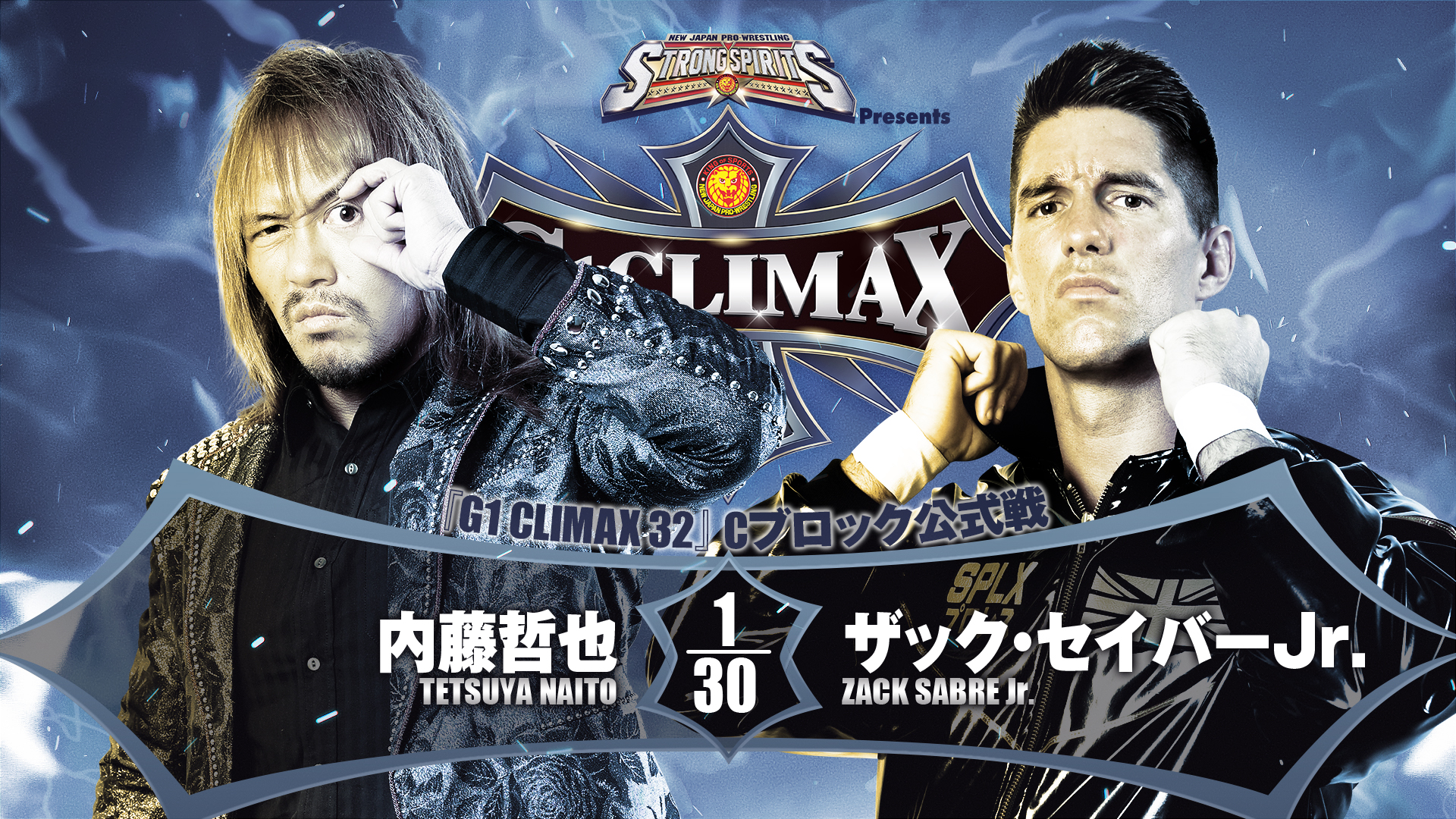 A ZSJ win or draw wins the block.

Tetsuya Naito’s G1 started with his back against the wall, and a pair of losses to Hiroshi Tanahashi and Hirooki Goto that threatened to put him out of the running before he was even halfway done in the tournament. Yet, ever the comeback king, Naito may be in control of his destiny by the time match number four rolls around. If Goto defeats EVIL, Naito is out, putting El Ingobernable in the rare position of rooting for his former teammate, but should the stars align, he will need to defeat ZSJ to be in the final four.

A much harder task done than said. While some measure of unspoken mutual respect exists between these two men, the fact remains that the 4-4 record between them belies a distinct ZSJ advantage whenever chips are down. In the Budokan in 2018, Sabre eliminated Naito from G1 Climax 28 with a victory. Naito’s G1 Climax 31 campaign, one that Naito was sure would propel him into the Tokyo Dome main event to start 2022, began with a submission loss, and a knee injury that ended Naito’s G1 hopes on day one. Then in the New Japan Cup final this year, a Zack Driver would put Naito away, giving Sabre what he plans to be the first of two trophies this year. Sabre could be on the cusp of history himself if he becomes the first man to lift both the New Japan Cup and the G1 in the same calendar year, let alone becoming the G1’s first British winner. But Naito has his own story to tell- should Goto let him tell it. 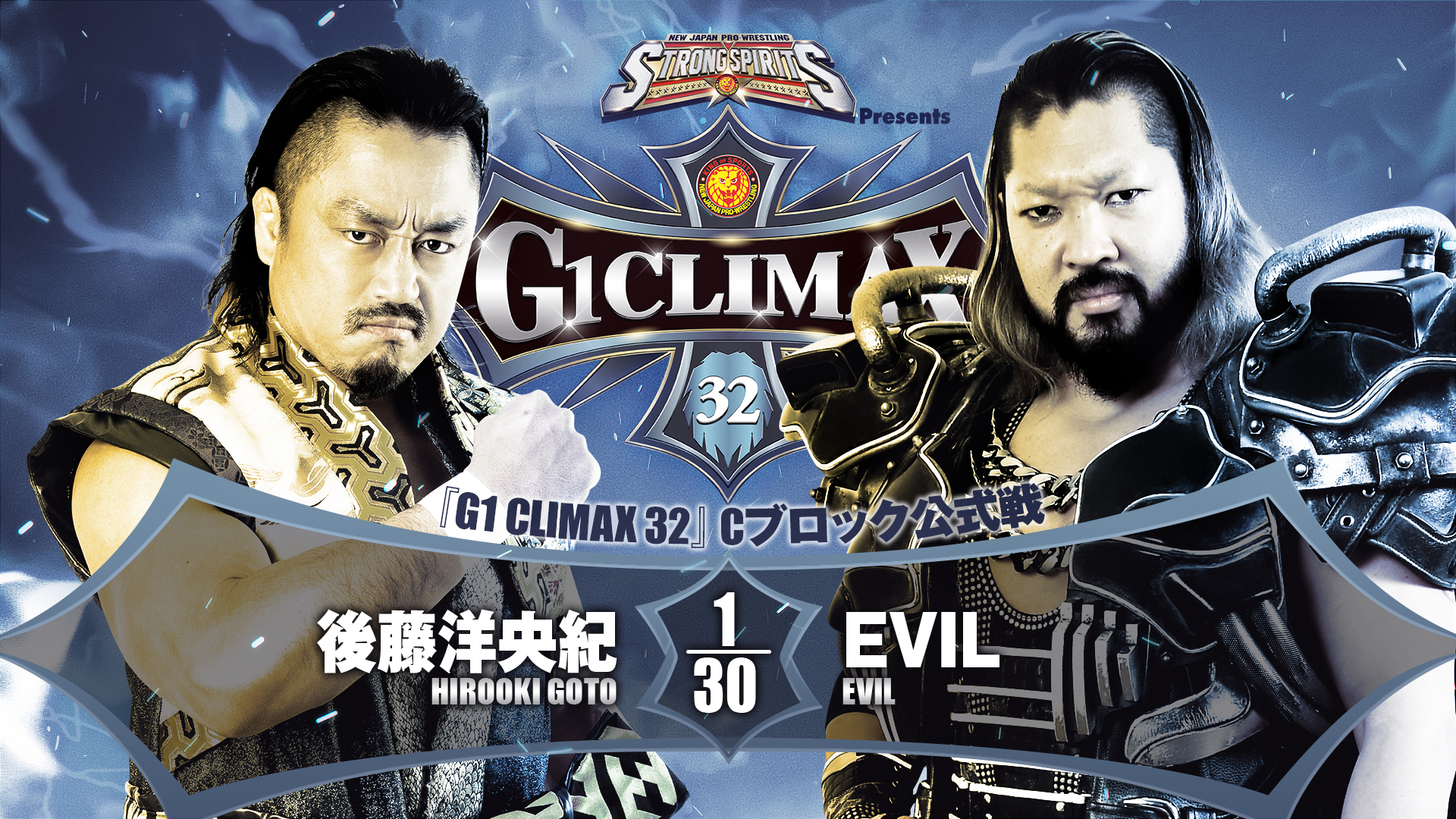 Goto must win and have ZSJ lose to force a tie.

14 years after his one and only G1 win in his debut year, and six years since he made a G1 final, Hirooki Goto has banned himself from using his ‘G in G1’ catchphrase this year, and with the motivation of wishes made by his son driving him onward, has in his own words ‘caught lightning in a bottle’. With wins over long time rivals in Hiroshi Tanahashi and Tetsuya Naito that came after long droughts, it seems as if Goto could well be on the verge of ending his G1 Climax drought in just 48 hours. Yet for all the light Goto is shining, EVIL threatens to bring darkness in spades.

After a humiliation inside of just one minute at the hands of Zack Sabre Jr., EVIL was forced out of the G1 running, and is now hell bent on destroying any hope wherever he finds it. With Goto embodying that very hope, EVIL and all of HOUSE OF TORTURE is preparing for destruction. 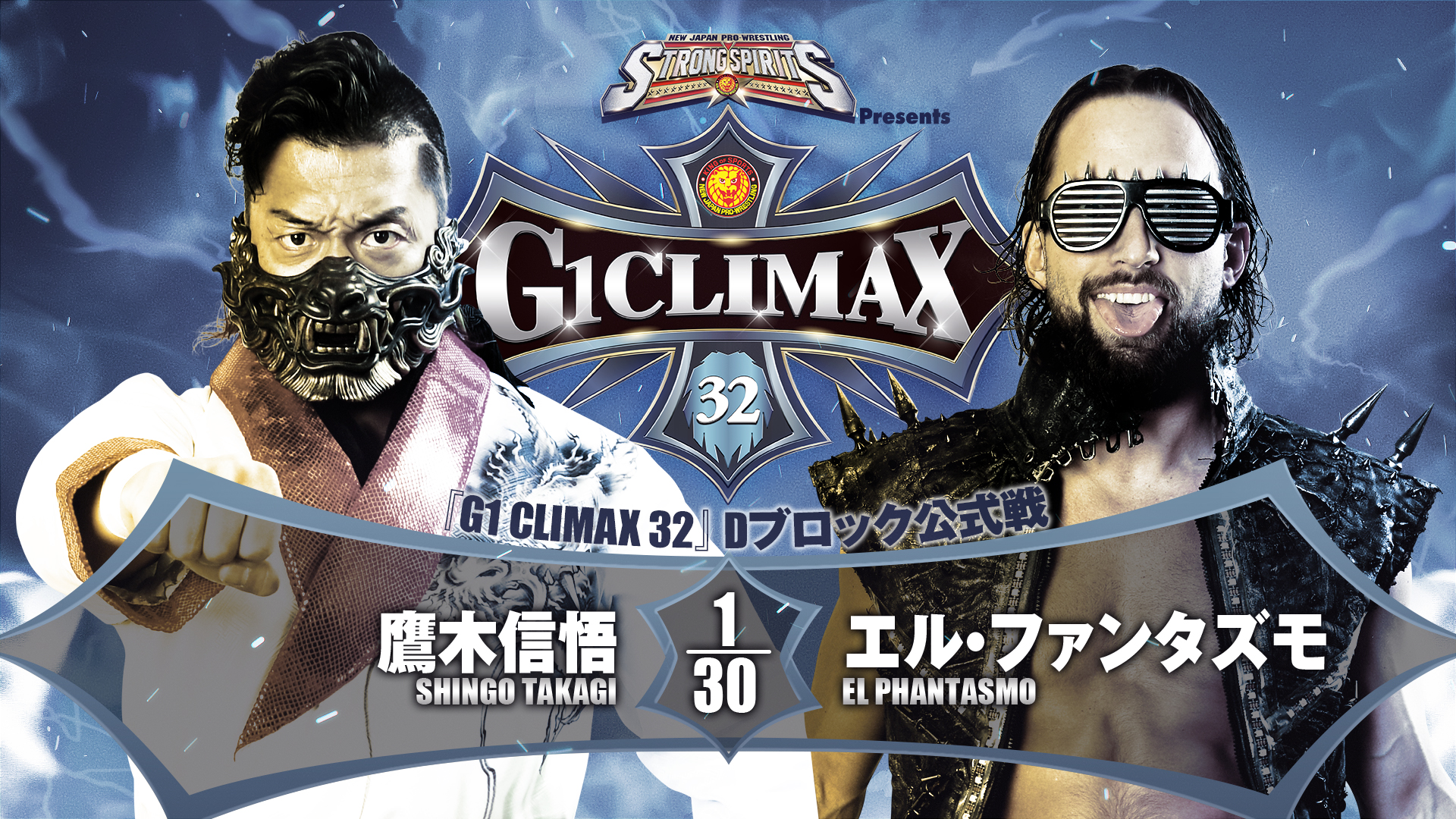 A Takagi win wins the block.

Phantasmo must win and have Ospreay lose to force a tie.

Depending on what Juice Robinson does in the opening bout, El Phantasmo may already be out of the running by the time the bell rings for the second. Should that be the case, he will be fighting for personal pride, but don’t expect ELP to shift down to second gear as a result. From before the tournament even began, Shingo Takagi has swiped at what he perceives to be a lack of killer instinct and willingness to win in his opposition, something that prompted Phantasmo to train and gain weight all the way through the tour with the Dragon in mind.

Phantasmo had campaigned for this D Block closer to main event in the Budokan Tuesday, and the block scenarios as well as an A-B-C-D format has seen to it that this will not be the case. Down in the second match, Phantasmo will have an even deeper chip on his shoulder, and be even more driven to upset Takagi. Should he do so, and should Robinson take advantage of an emotionally blinded Ospreay to win our opener, an unprecedented situation of a seven way tie will come out of D Block, with plenty of questions to be asked the next night in the Budokan before a semifinalist is decided. 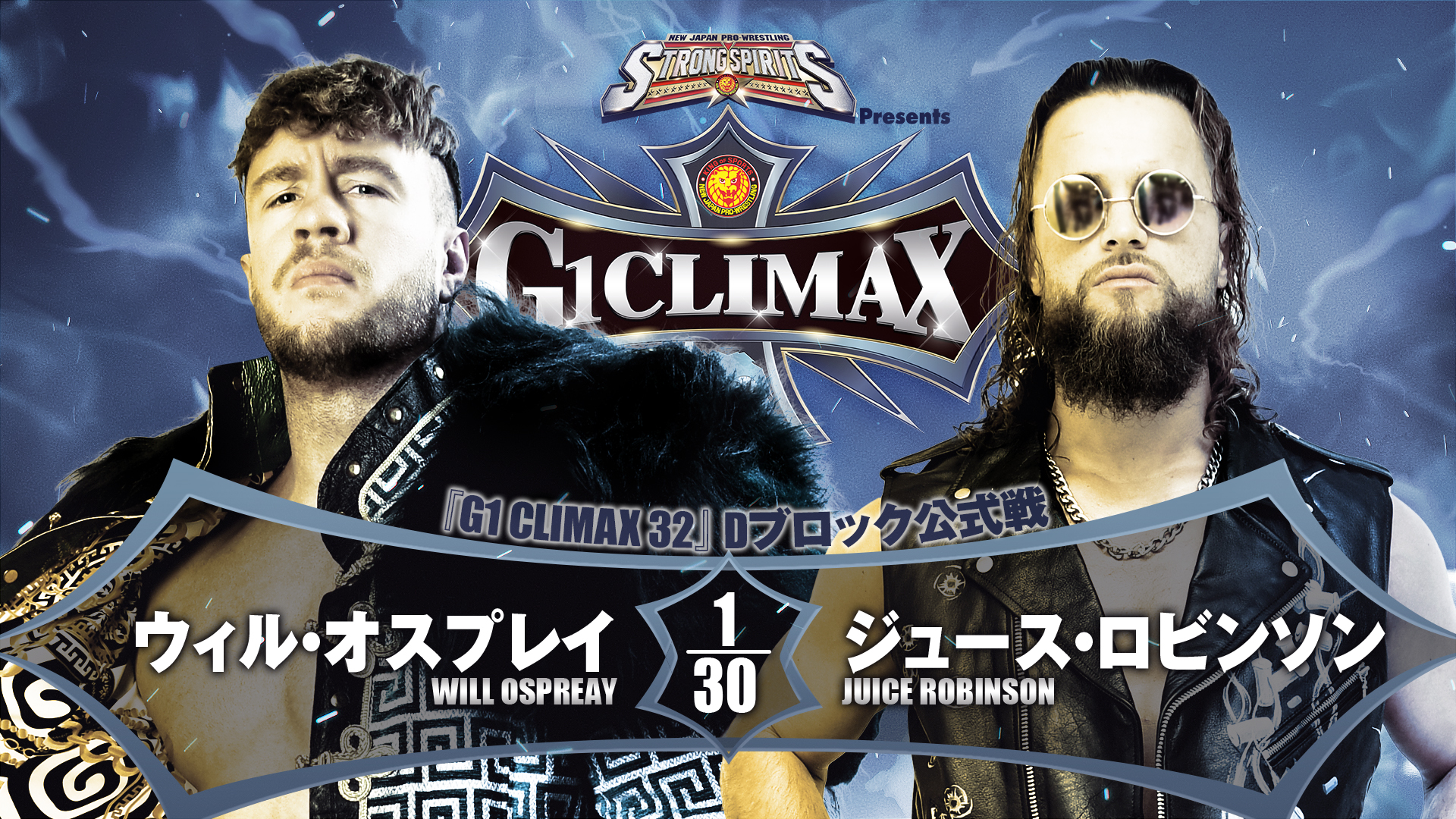 An Ospreay win and Takagi loss wins the block

Robinson must win and have Takagi lose to force a tie.

The chaotic D Block in G1 Climax 32 started with a big win for Juice Robinson over a former IWGP World heavyweight Champion in Shingo Takagi. As the wild situation unfolded, Robinson would undergo a mid campaign slump, and now finds himself needing a win over another former world champ to stay alive. Perhaps with the knowledge that his odds are long in the Budokan, Juice struck in Nagano, delivering a piledriver to the hard floor of White Ring, and taking the Commonwealth Kingpin’s IWGP United States Championship belt in the process.

So then, the tournament ends as it starts, Ospreay’s US title in the possession of Robinson, and with the Briton burning for revenge. Should Ospreay win, he’ll take a critical lead in the block that he’ll hope to maintain through match number two. Should Juice win, the prospect of a seven man tie will loom even closer.