Wednesday sees the G1 Climax 32 semifinals in the Nippon Budokan. The final four will become the final two tonight, while a stacked undercard will see the return of big junior heavyweight and international names.

Watch ALL of G1 Climax 32 live in English on NJPW World! 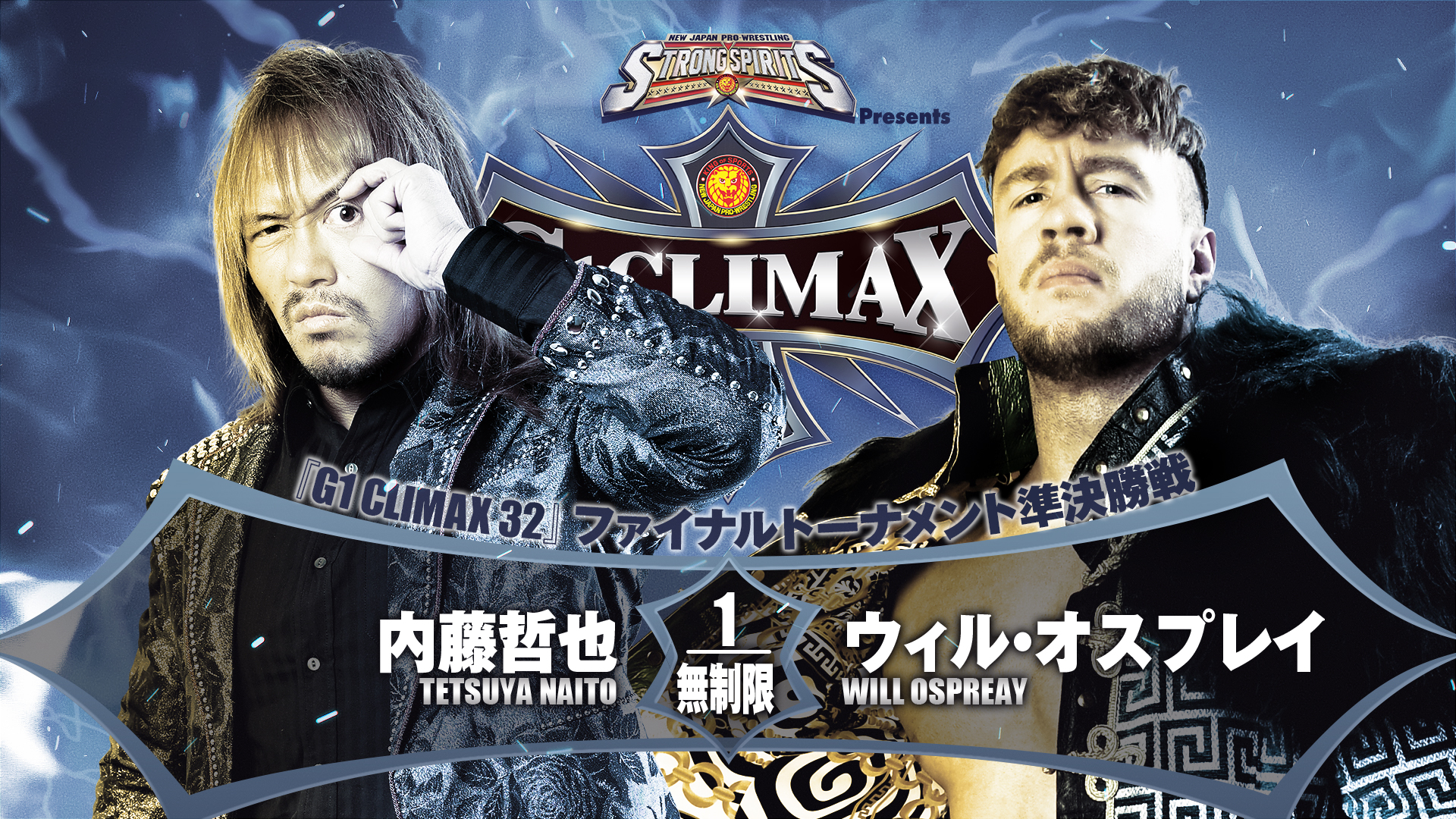 A first time ever meeting between Tetsuya Naito and Will Ospreay will complete the G1 Climax 32 final. Both men’s journey to the semifinals were arduous ones, Naito ending C Block 4-2 after starting out 0-2 down, while Ospreay was fortunate to reach the final four thanks in part to Shingo Takagi’s defeat to El Phantasmo to end what was the most competitive of the four blocks this year.

For Naito, the G1 means his biggest and potentially final chance to headline in the Tokyo Dome on January 4 2023 for Wrestle Kingdom 17, while Ospreay is fighting for the last singles achievement in his career that he is yet to claim. While both men took gambles on themselves to form and forge a path for factions in Los Ingobernables De Japon and United Empire, tonight only one can bet the house on making the G1 Climax final and win. Who will it be in our main event tonight? 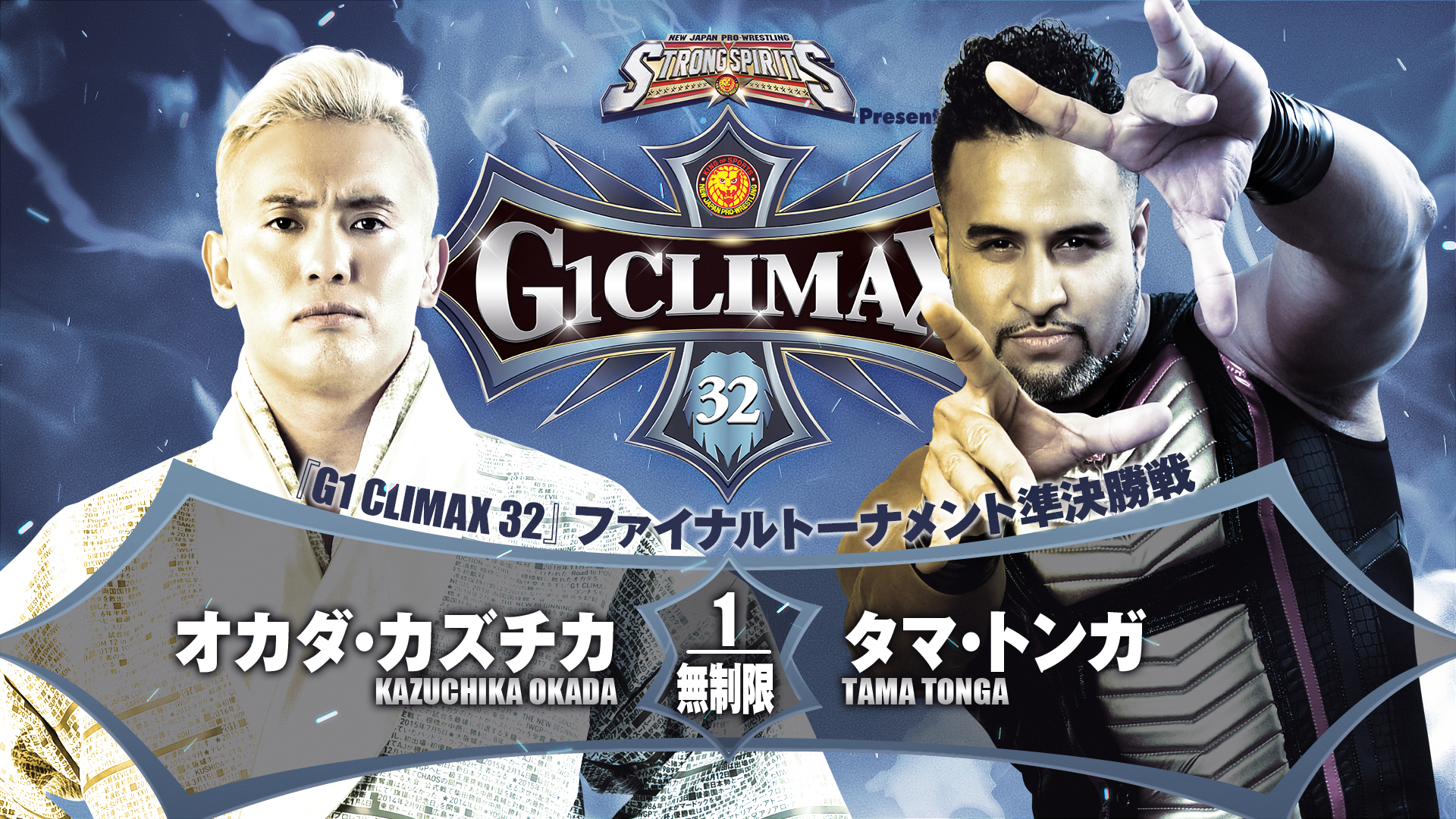 The other half of the semifinal bracket sees A Block winner Kazuchika Okada take on Tama Tonga. Both men are here on the back of huge successes last night in the Nippon Budokan; Okada over the intimidating force that is Lance Archer, and Tonga over the seemingly unbeatable Switchblade Jay White.

Indeed, Tama knows what it’s like to beat the seemingly unbeatable in the G1; last year he was Okada’s sole blemish in an 8-1 winning record for the Rainmaker. It was a win that broke a 0-4 record for Tama against the CHAOS leader, and though he was unable to repeat the feat at Power Struggle later in 2021, it proved Tonga’s worth as a singles competitor in his own mind, just as this year’s campaign has proven his ability as his own man outside of BULLET CLUB. ‘Thank you for pushing me off that ledge,’ Tama said in reference to Jay White last night in the Budokan, ‘so I could prove that I can fly.’ Now airborne, just how far will that flight take him? 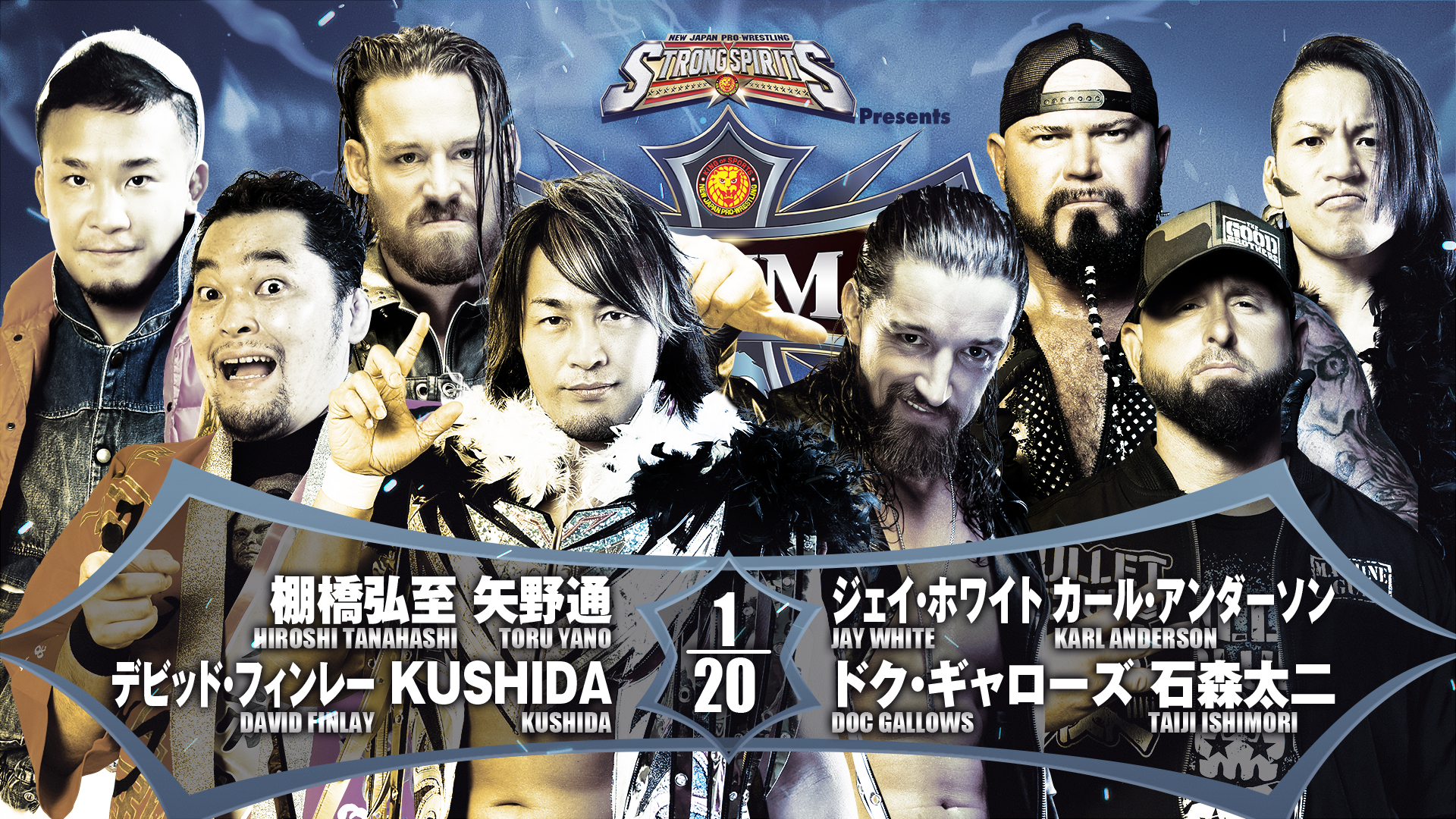 The sixth match of the evening sees the return of KUSHIDA to Japanese rings, along with Doc Gallows and NEVER Openweight Champion Karl Anderson. Amid a busy period for the Timesplitter, KUSHIDA comes off an impressive stretch in NJPW STRONG and IMPACT Wrestling, and is getting set to return to his California home to wrestle again for STRONG Sunday in the Vermont Hollywood. Will that garner favour in his ongoing ‘assessment’ by IWGP Junior Heavyweight Champion Taiji Ishimori?

For the BULLET CLUB side, three champions are on the billing today, but Jay White will not be in the mood to glad hand. His spot in the G1 final four taken from him, the Catalyst of Professional Wrestling must now engineer a different path to Wrestle Kingdom 17 as champion. With Karl Anderson making his first appearance since winning NEVER Championship gold, what mvoes will BULLET CLUB make tonight? 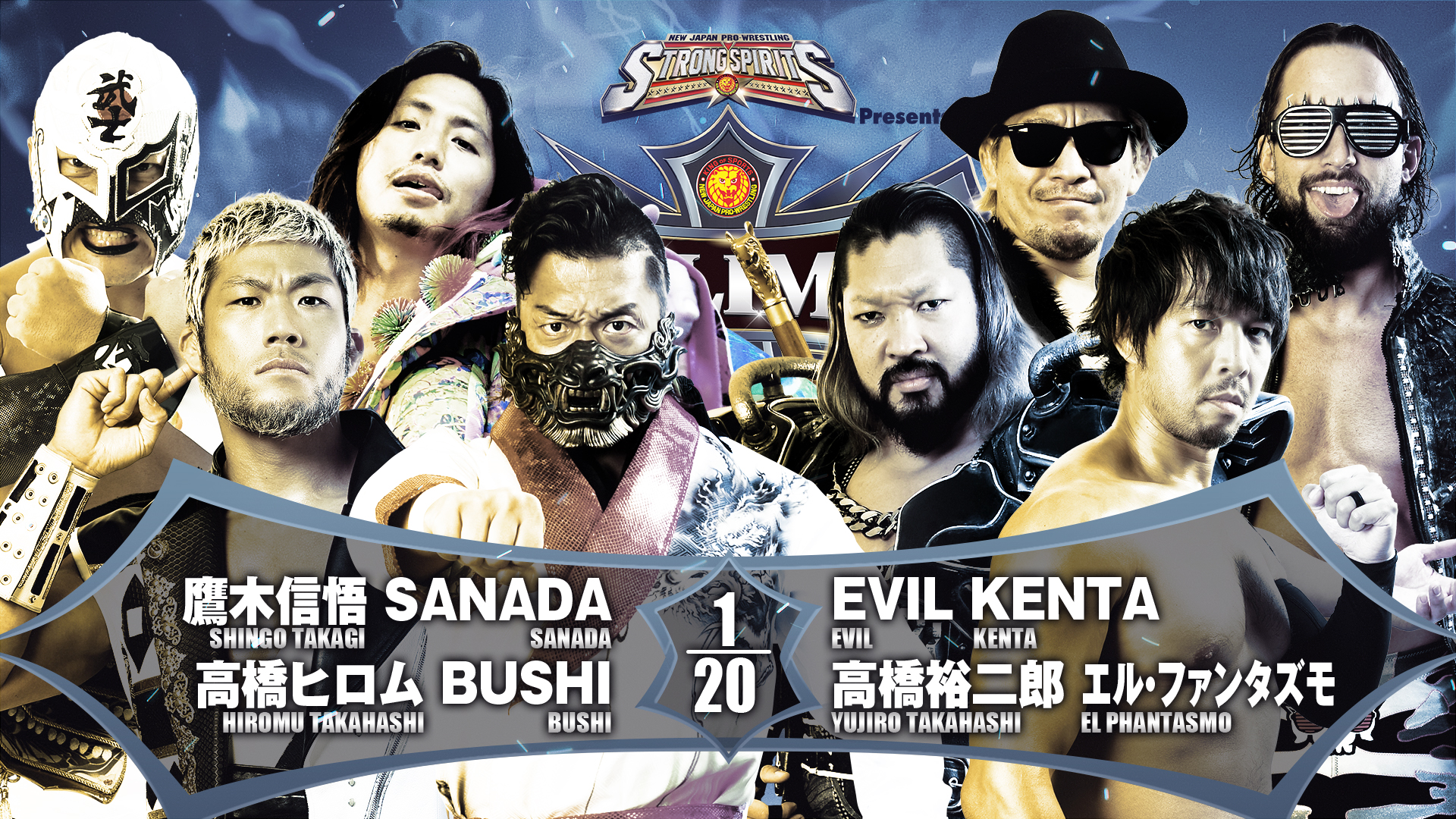 After a month of PR appearances and US matches, Hiromu Takahashi is back in Japanese action tonight against another BULLET CLUB quartet. That BULLET CLUB side includes NJPW’s newest official heavyweight, El Phantasmo declaring last night that he is never returning to the junior heavyweight division after he used the CR III to defeat Shingo Takagi. How will Shingo react to his loss, and ELP to the biggest victory of his career? 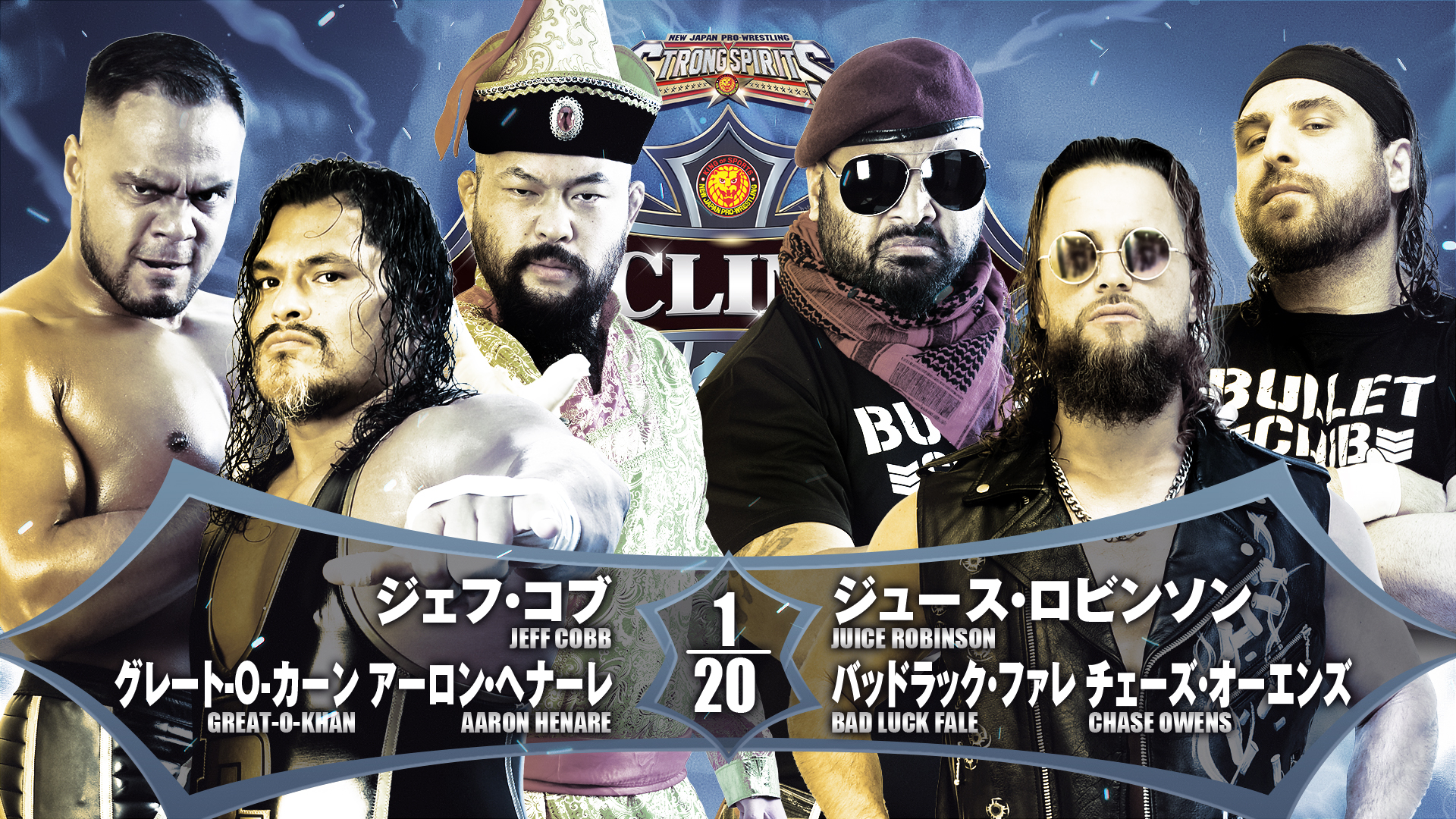 On a BULLET CLUB themed undercard, the trio of Chase Owens, Bad Luck Fale and Juice Robinson take on the United Empire tonight. While Will Ospreay remains in the hunt, it’s been a mixed bag for the other faction members, Jeff Cobb unable to replicate the phenomenal success he had achieved in 2021, while Great-O-Khan suffered severe disappointment in his 2-4 outing and Henare strung impressive performances, but not the results to go along with them.

Results didn’t go the BULLET CLUB team’s way either, only two wins each the score for Fale, Owens and Juice. As all six of these men reset for the autumn, how will they plot their post G1 paths tonight? 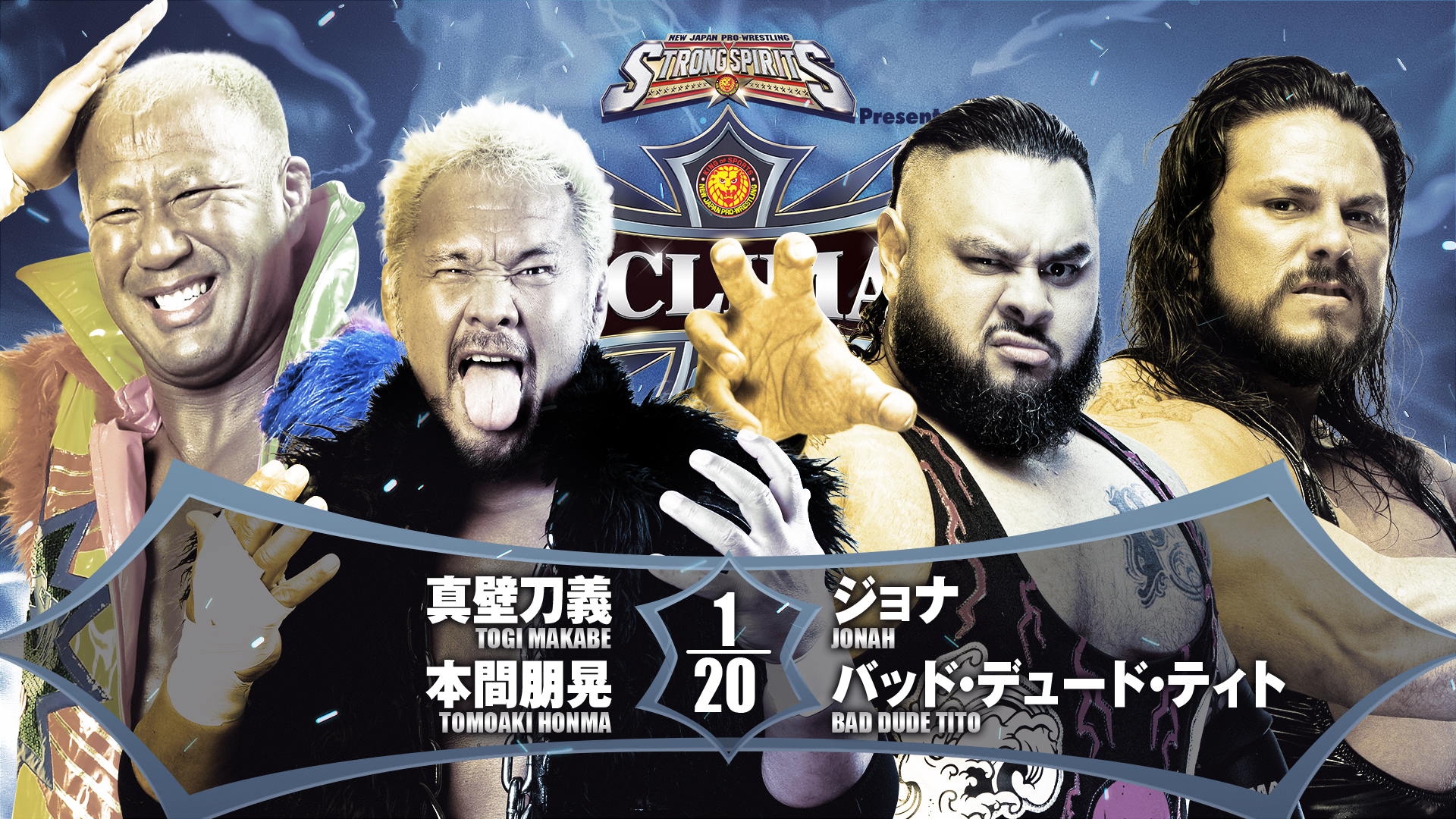 Tag team action sees Tomoaki Honma and Togi Makabe return tonight, but with a difficult pair of opponents in bad Dude Tito and JONAH. JONAH was just one win off the semifinal pace in A Block, while Tito has impressed throughout the tour, but can they defeat back to back World Tag League winners and former IWGP Tag Team Champions this evening? 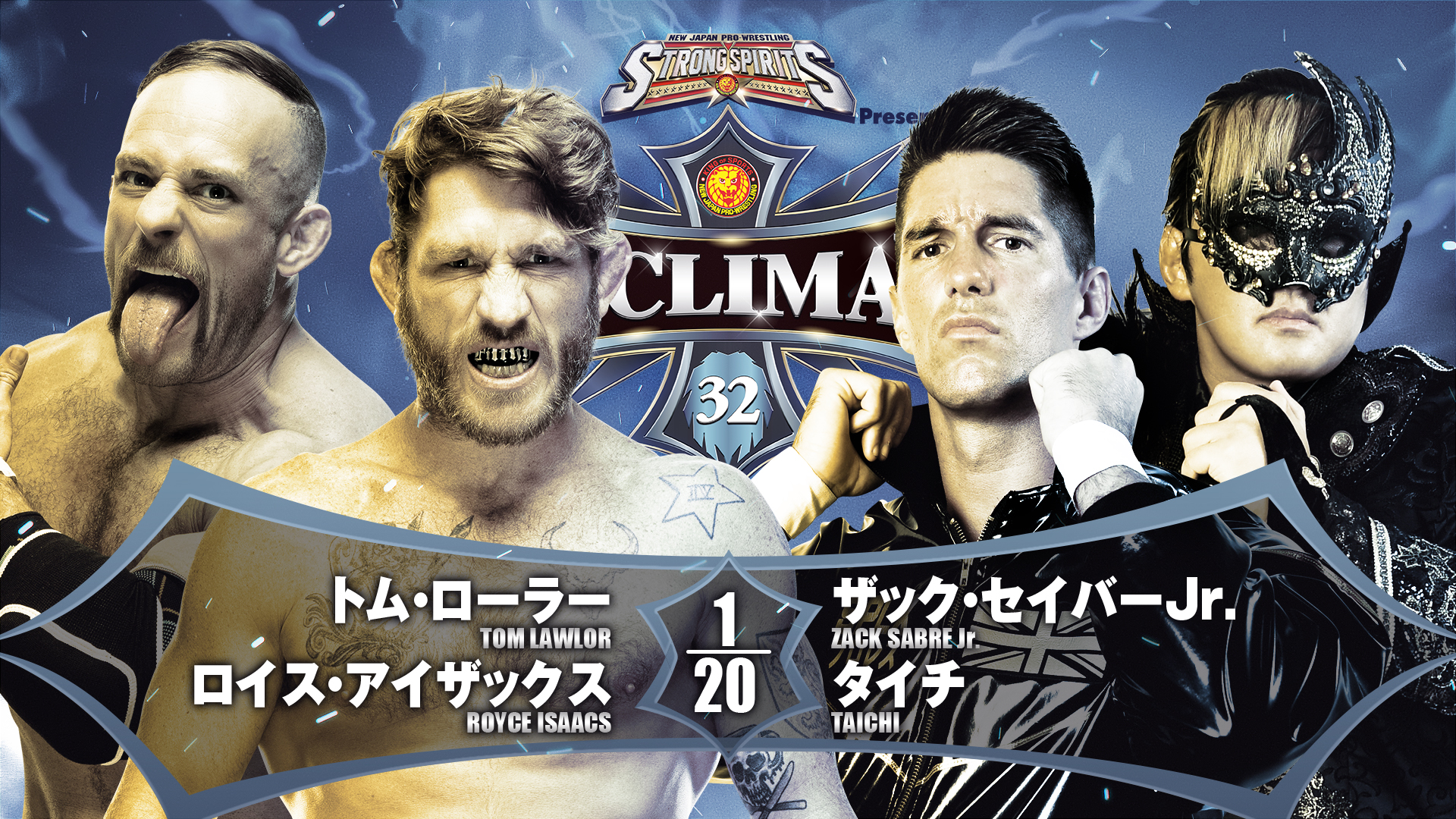 In more tag team action, an extremely attractive tag prospect indeed will see Tom Lawlor and Royce Isaacs face former three time IWGP Tag Champions Dangerous Tekkers. The last time Lawlor and Sabre shared a ring, the mood was somewhat playful between the two, but things are likely to be very different tonight. Sabre’s exit from the G1 in under two minutes against Tetsuya Naito Tuesday sent the Briton into a furious and destructive rage. Cursing his lack of singles success in five years in NJPW, ZSJ said that something ‘had to change’ and Lawlor and Isaacs are likely to feel the effects tonight.

On the other hand, a tremendous opportunity exists for Team Filthy. With Lawlor defeating Jeff Cobb to end his debut G1 campaign at a highly respectable 3-3 in a difficult block, his spirits are high, and before Isaacs reunites with Jorel nelson to challenge for STRONG Openweight Tag Team Championship gold Sunday in the Vermont Hollywood on STRONG, the chance exists for a Filthy victory over former IWGP champs tonight. 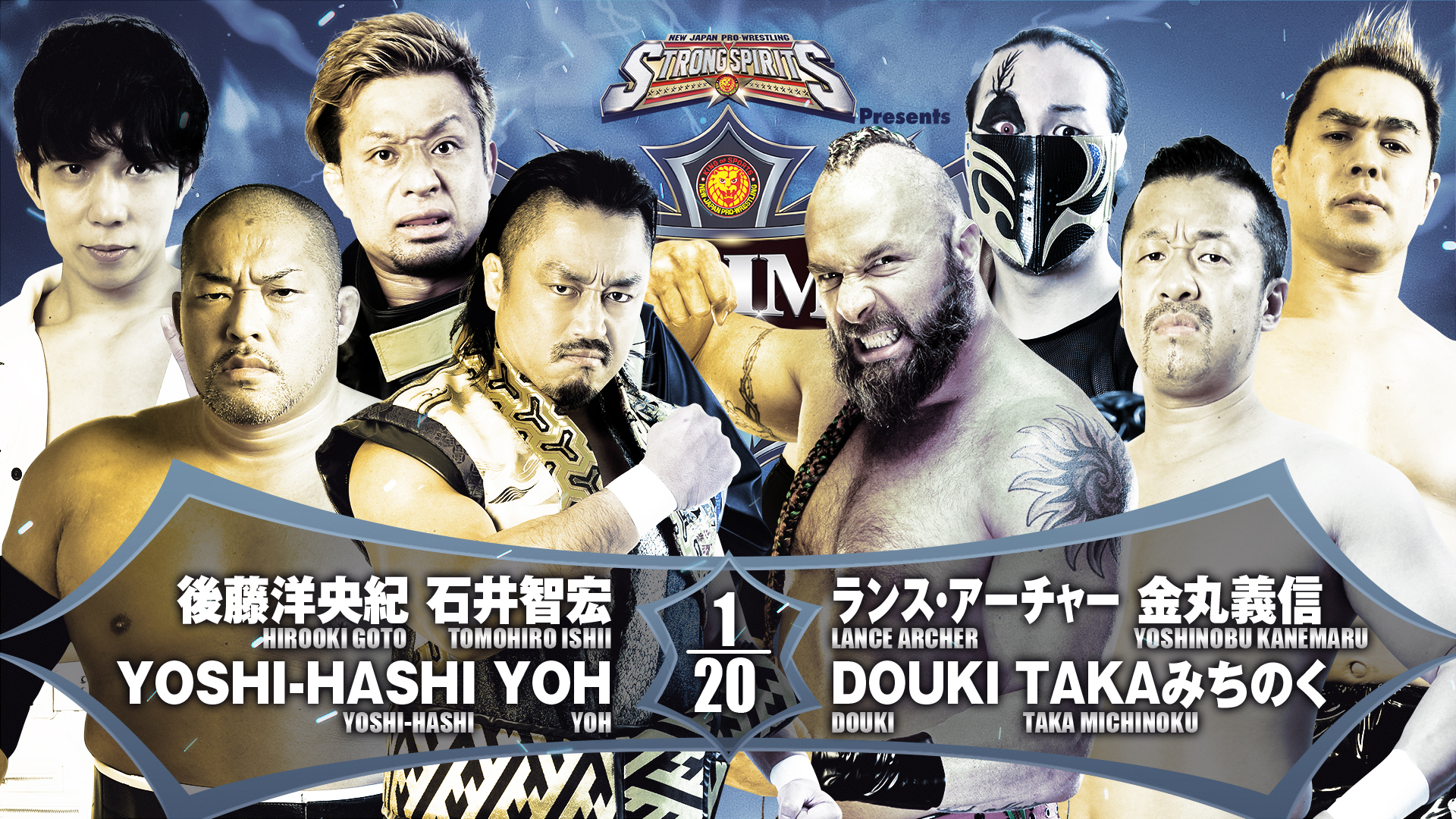 Action in the Budokan tonight starts with an eight man CHAOS and Suzuki-Gun bout. While the G1 wasn’t quite in the cards for Lance Archer after a narrow defeat to Kazuchika Okada, the NEVER 6 Man Tag Team Championships might be an attractive reason for the Murderhawk Monster to stay in Japan… Though whether or not that would please TAKA Michinoku depends on whether the two can get their double team success percentage up tonight.