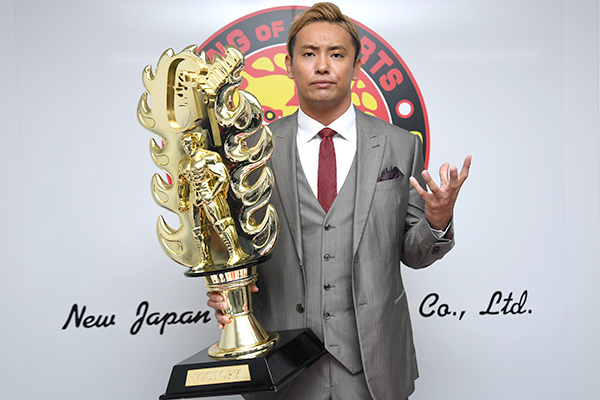 Kazuchika Okada spoke to the press on August 19 for the first time since winning his fourth career G1 Climax trophy, giving his thoughts on the prior night’s gripping main event against Will Ospreay, and plans going into Wrestle Kingdom 17 on January 4 2023. 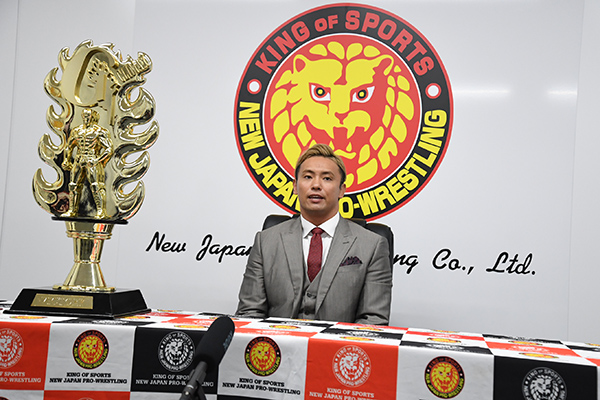 ‘I woke up this morning, and the first thing I felt was gratitude. Gratitude to my opponent yesterday, Will Ospreay, but also to all of the wrestlers who were involved in the tournament, and the staff and fans that made everything possible. I really felt that it was because of everyone’s efforts that I was able to perform at the level i perform and win. It was a hot summer, and it’s my job to bring just as much fire into the last part of the year.’

–You said in ring that it was an extremely challenging G1; what made it difficult for you?

Okada: Well, in terms of singles matches, other G1s have had more, but the last stretch of three days really took its toll on me both mentally and physically. Three singles matches in a row is difficult, and the semifinals and finals were definitely really tough. The league matches are pretty brutal as well, but I think all in all this year’s G1 was  my hardest fought yet. That’s why I feel it’s on the company to reassess how important the G1 is to NJPW.

–We saw a new move from you before the Rainmaker yesterday, does that have a name?

Okada: Hm? I think I’ve done that a few times before…

–Well, there was extra rotation to it…

–So there’s no name per se.

Okada: No, it was just designed to drop the guy on his head. I tend to think that if a name is hard to think of, sometimes moves don’t need them.

–So let’s get into the idea of the G1 right to challenge contract. You brought it up in the ring and then clarified backstage, but what are your thoughts right now?

Okada: Right, I want to elevate the prestige of the G1 Climax, and to elevate the G1, I think you have to elevate the status of the contract that comes along with it. I don’t need an answer on this right away, but I do feel that for winning this tournament, for bringing the energy and the fire all the way through the G1, the winner should be in the main event at the Tokyo Dome, representing as the G1 Champion. That’s the stance that I would like to take as I head to Wrestle Kingdom. 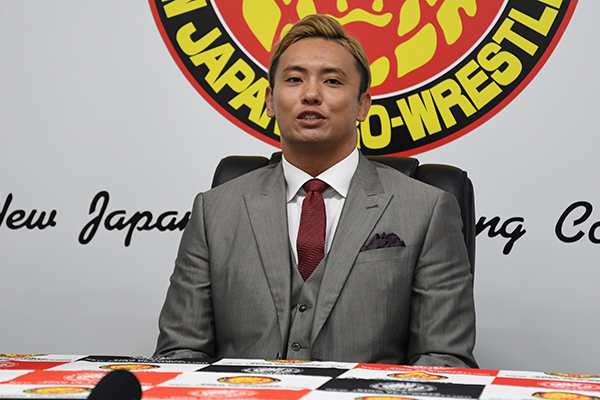 –As there have been in the past, there may be wrestlers that want to face you with that right to the main event on the line. What are your thoughts on that?

Okada: Well, I think the idea of being the rights holder is strange. I’m saying that I will be in the main event against the IWGP World Heavyweight Champion, so if you want to be in that spot, then rather than come for me, you should go for the belt. But if anyone has a debt they want repaid, a receipt they want to give, then they’re more than welcome to face me in a special singles match without the ‘rights’ on the line.

— Wrestle Kingdom 17 was announced for January 4 2023 in the Tokyo Dome last night. How will you be approaching that event?

Okada: As the G1 winner, I think that I can go into the Tokyo Dome with a bit of a different approach than the IWGP World Heavyweight Champion, and there’s a really different approach that I can take. So if my challenge is in the Tokyo Dome like I’m requesting, then I can bring the fire through to the end of the year, and the champion can see what I’m doing and be more motivated as well.

That way I think we really can create the best situation to sell out the Tokyo Dome.  I said that was my goal in the ring yesterday, but I think putting it out there makes the boys, even if they’re on different teams, want to put in the work to achieve that goal, and it brings the staff together to make that happen as well. So that’s how I want to approach the rest of the year.

–Do you have anything else to add?

Okada: Nothing in particular (laughs). Actually though, the other day my son was born. I’ve been lucky enough to receive some paternity leave from the company, which I’m very grateful for, and as I take a little bit of time off, I’ll be refreshing and then coming back to kick ass in the next tour. Thanks very much.