Burning Spirit is the next tour on the calendar for NJPW’s 50th year, with action starting on Friday September 2 in Yokohama and running up to the 25th in Kobe World Hall. This year will see a loaded card for Kobe, including three championship bouts. 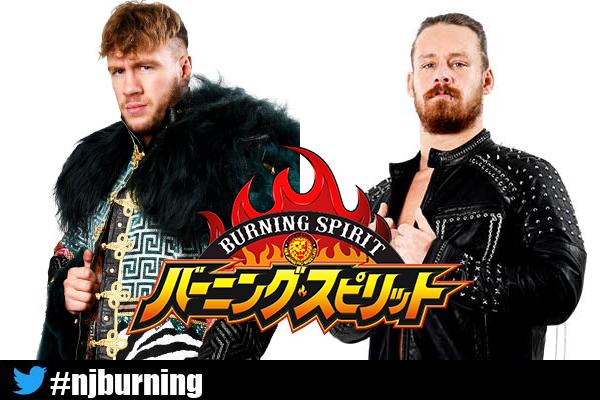 The main event in Kobe will see the IWGP United States Championship on the line as Will Ospreay defends against David Finlay. Mired in controversy all the way through 2022, the US title was the center of conversation in D Block through the G1 Climax. Ospreay headed into the tournament as the champion, but the title was in the hands of Juice Robinson at tournament start.

While it seemed like Ospreay would have to wait until the end of the tournament to fight Juice and get his possession back, the belt found its way to him earlier than anticipated. In Korakuen Hall, David Finlay defeated his former partner Robinson, and took the belt for himself, saying that it represented a chance to ‘rent space in Ospreay’s head’. The plan worked as Finlay defeated Ospreay to cap off an impressive three match hot streak for the Rebel; Finlay returned the title belt to its rightful owner, but the message was clear that Finlay wanted his title shot.

Ospreay was suitably incensed, and declared that he would make Finlay’s face as red as the belt, refusing to wear it around his waist until that day came. In the meantime, Ospreay would find his way to the G1 Climax final, and after narrow defeat in a classic bout in the Budokan last week, Finlay was not about to let Ospreay forget. Giving the Briton no time to let his disappointment sink in, Finlay demanded Ospreay refocus for Kobe. Knowing that he can defeat the Commonwealth Kingpin, Finlay is on the verge of finally capturing the IWGP US gold that has eluded him through his career, but with Wrestle Kingdom season looming, will it be Ospreay reasserting his place near the top of the food chain? 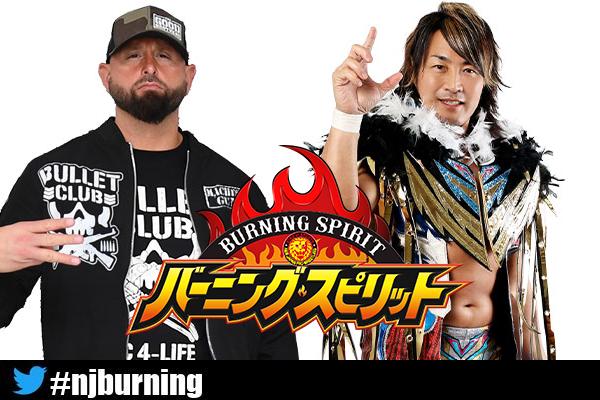 Hiroshi Tanahashi will challenge Karl Anderson for the NEVER Openweight Championship. Anderson returned to Japanese NJPW rings at Dominion, and immediately won the NEVER title from Tama Tonga in Osaka Jo Hall. It was a full circle for Tama’s mentor in the business and for BULLET CLUB history, and there will be further callbacks when the Machine Gun faces the Ace.

What was a friendly rivalry full of mutual respect between Anderson and Tanahashi turned ugly at Dontaku in 2013 when a post match Gunstun saw Anderson align with Prince Devitt and Bad Luck Fale to form BULLET CLUB alongside Tama. Nine years on and Anderson was wearing NEVER gold, crudely rebranded as the ‘BULLET CLUB Championship’ into tag team action at the Budokan this past week; thanks to Toru Yano getting involved with a distraction to Gallows, Tanahashi would land a Slingblade and High Fly Flow to pin the NEVER champ and stake a claim. 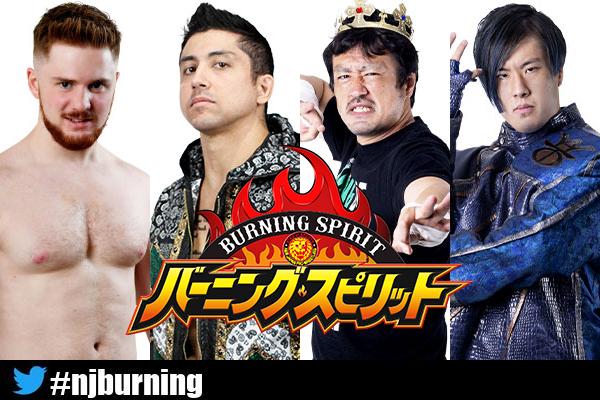 The IWGP Junior Heavyweight Tag Team Championships will also be on the line in Kobe. On June 20, the United Empire team of Francesco Akira and TJP captured the titles from Master Wato and Ryusuke Taguchi, ending Six or Nine’s quest to rack up 69 title defences. The outgoing champions want their gold back though, and will be fighting for those championships in a title rematch on September 25. 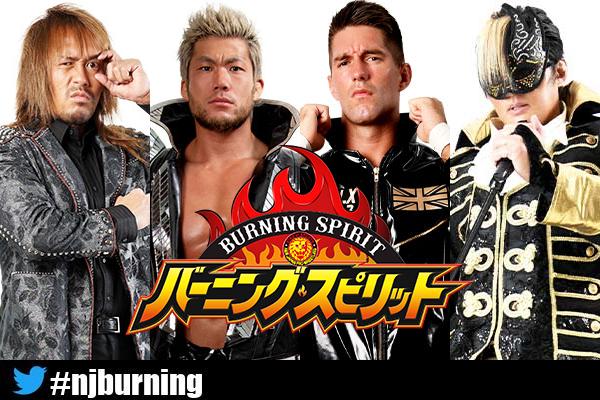 With competition heating up over just who will be FTR’s next challengers for the heavyweight IWGP tag titles meanwhile, Chase Owens and Bad Luck Fale will meet Great-O-Khan and Jeff Cobb, and Tetsuya Naito and SANADA will be taking on Dangerous Tekkers, with a lot more great action besides at the Burning Spirit tour closer!