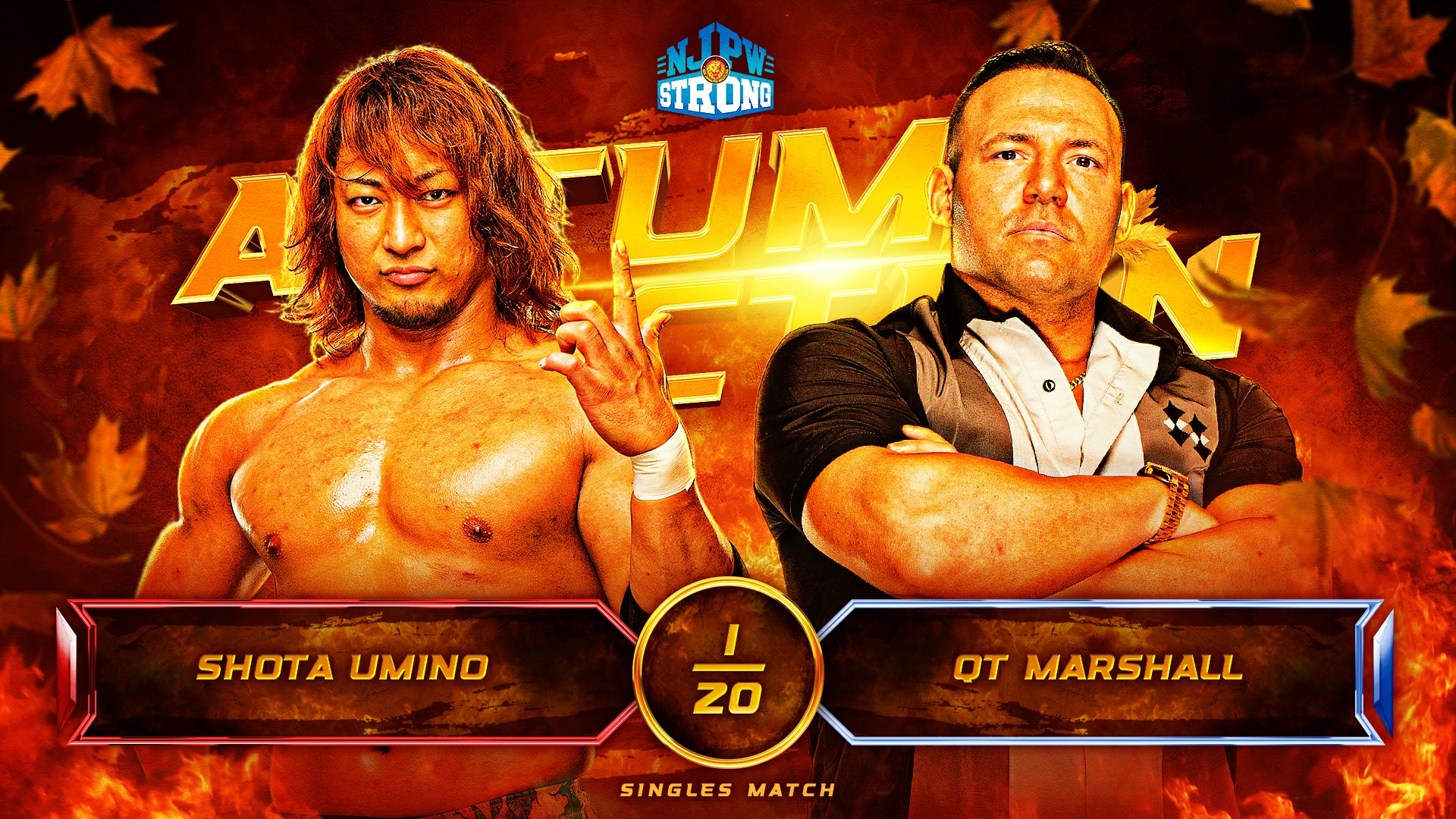 QT Marshall goes head to head with Shota Umino. After Marshall made an uninvited appearance this past week on STRONG, he ran down the town of Charlotte en route to declaring an open challenge. Umino answered the call, but the ever cowardly (or strategic in his own mind) Marshall refused to let ‘Shooter’ do battle. Now Umino gets his shot at the leader of AEW’s Factory in a match that’s sure to turn heads. 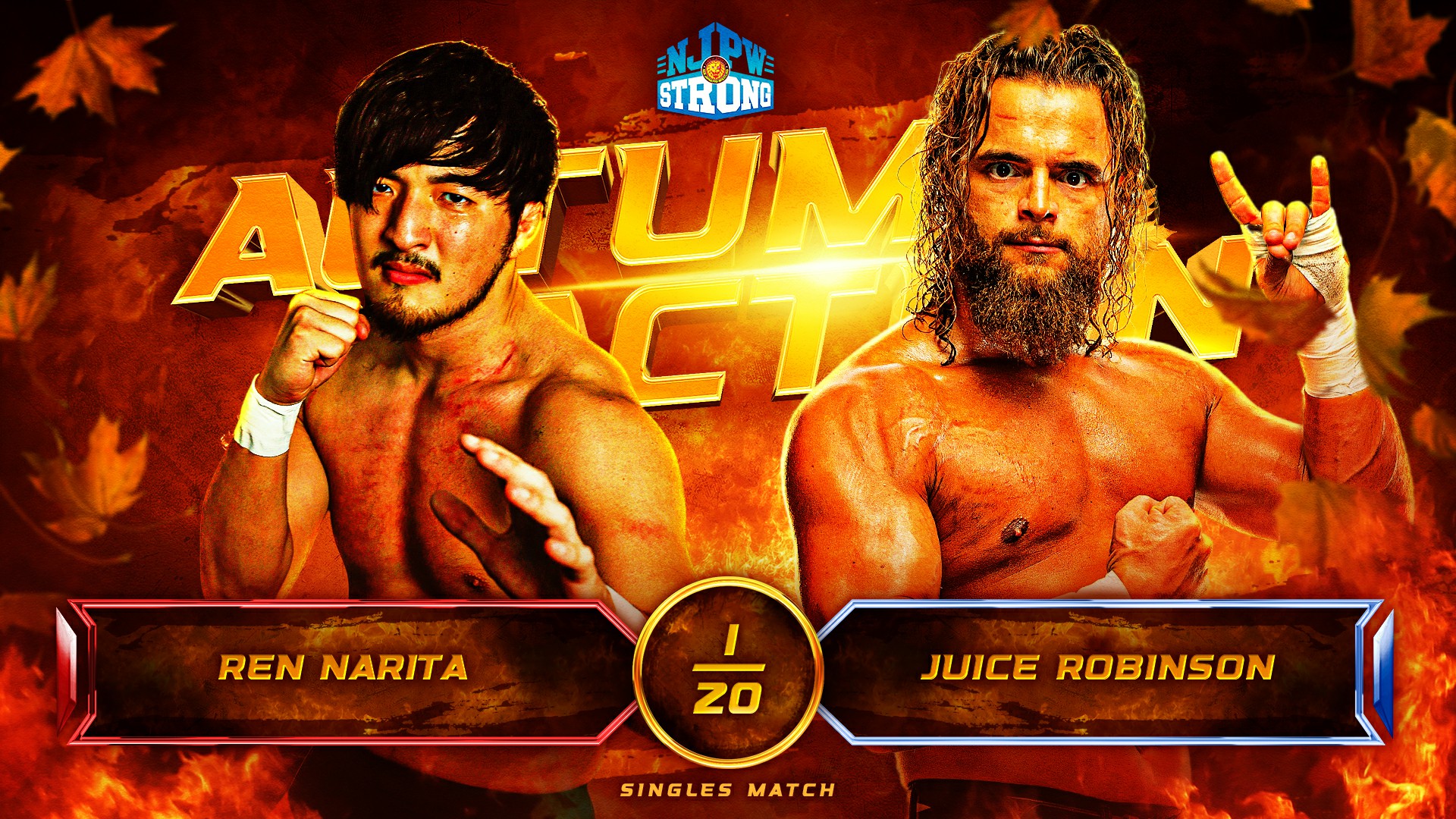 Ren Narita does battle with Juice Robinson. When ‘Rock Hard’ Juice first joined BULLET CLUB back in May, Ren Narita stood opposite the group in Philadelphia, and brought the fight during a wild ten man tag team bout. Now though, the LA Dojo transplant gets a big time singles opportunity in what could be a key match to set both men up for the end of the year. 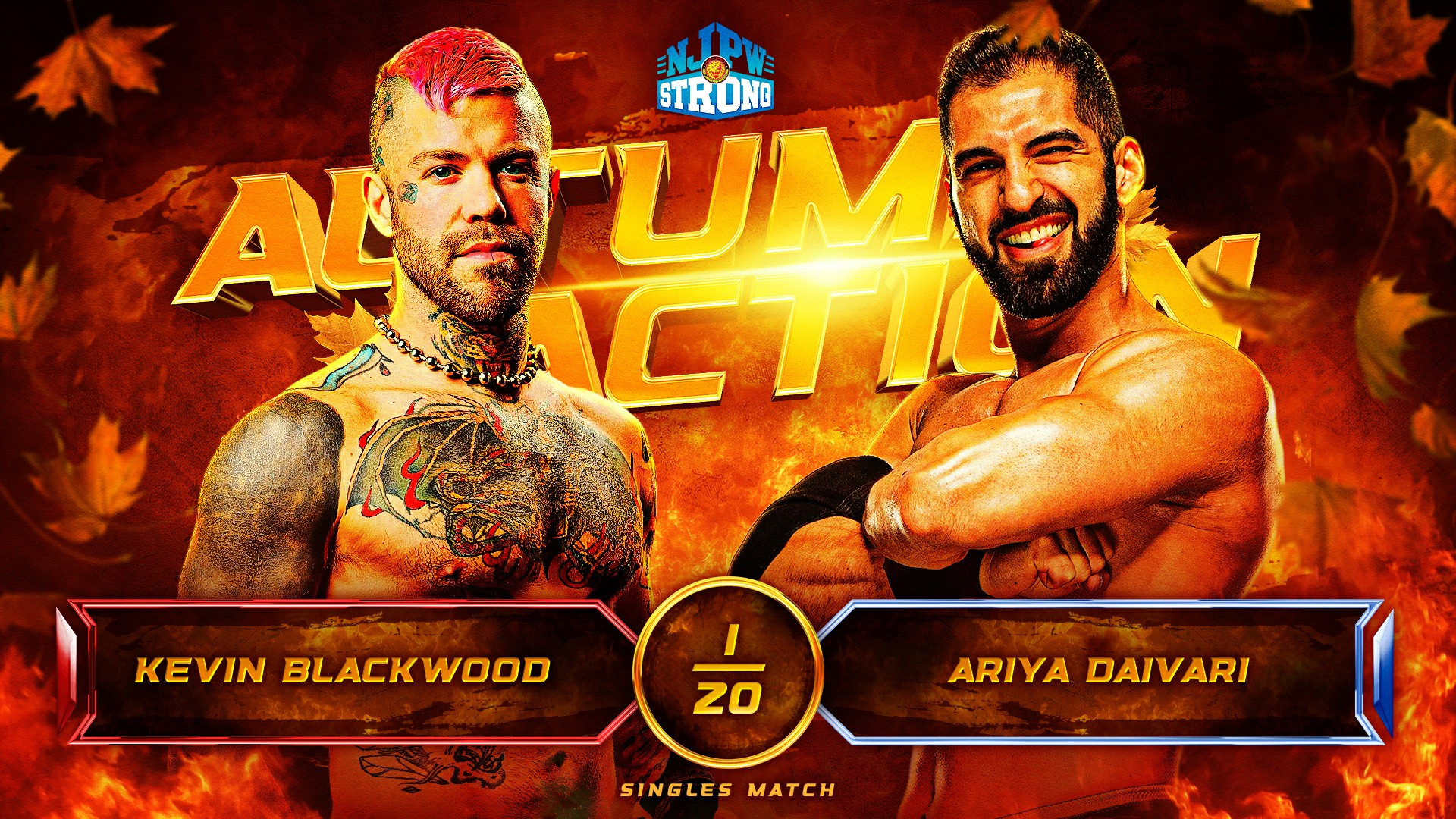 Kevin Blackwood takes on Ariya Daivari. STRONG viewers will soon see young prospect Blackwood take on a technical master and fan favourite in Robbie Eagles, and now he faces a different kind of mastery, and a completely different side of the fan favourite and rule breaker divide. How will he tackle the highly privileged and highly aggressive Persian Lion? 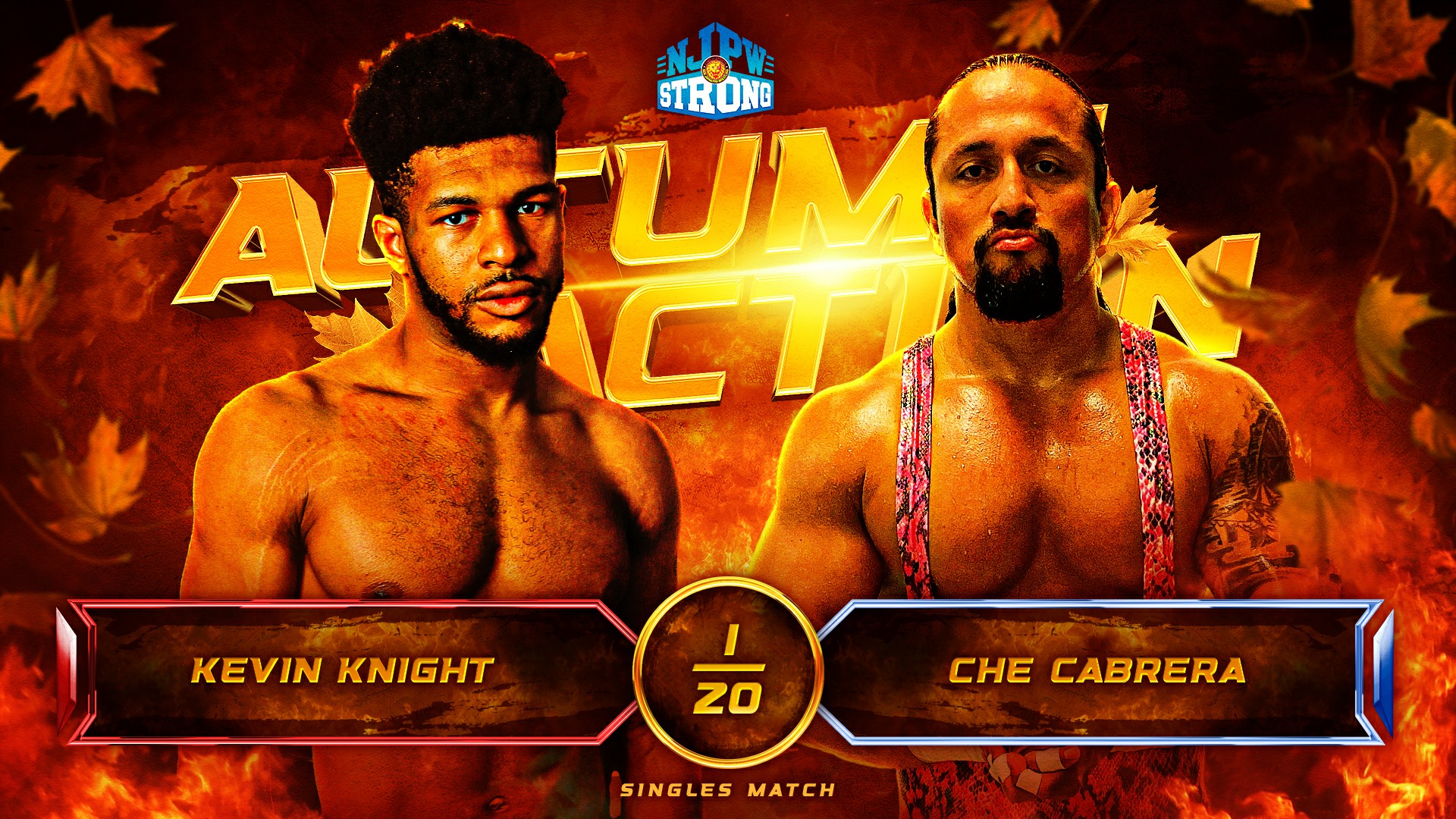 Kevin Knight meets Che Cabrera in singles action. Cabrera made his NJPW STRONG debut in the Vermont Hollywood, and now gets a callback in Vegas, but will Knight continue to guard the STRONG gates?