Christchurch, Sydney to see KENTA, Ishimori and the best from NZ Dojo and beyond this November 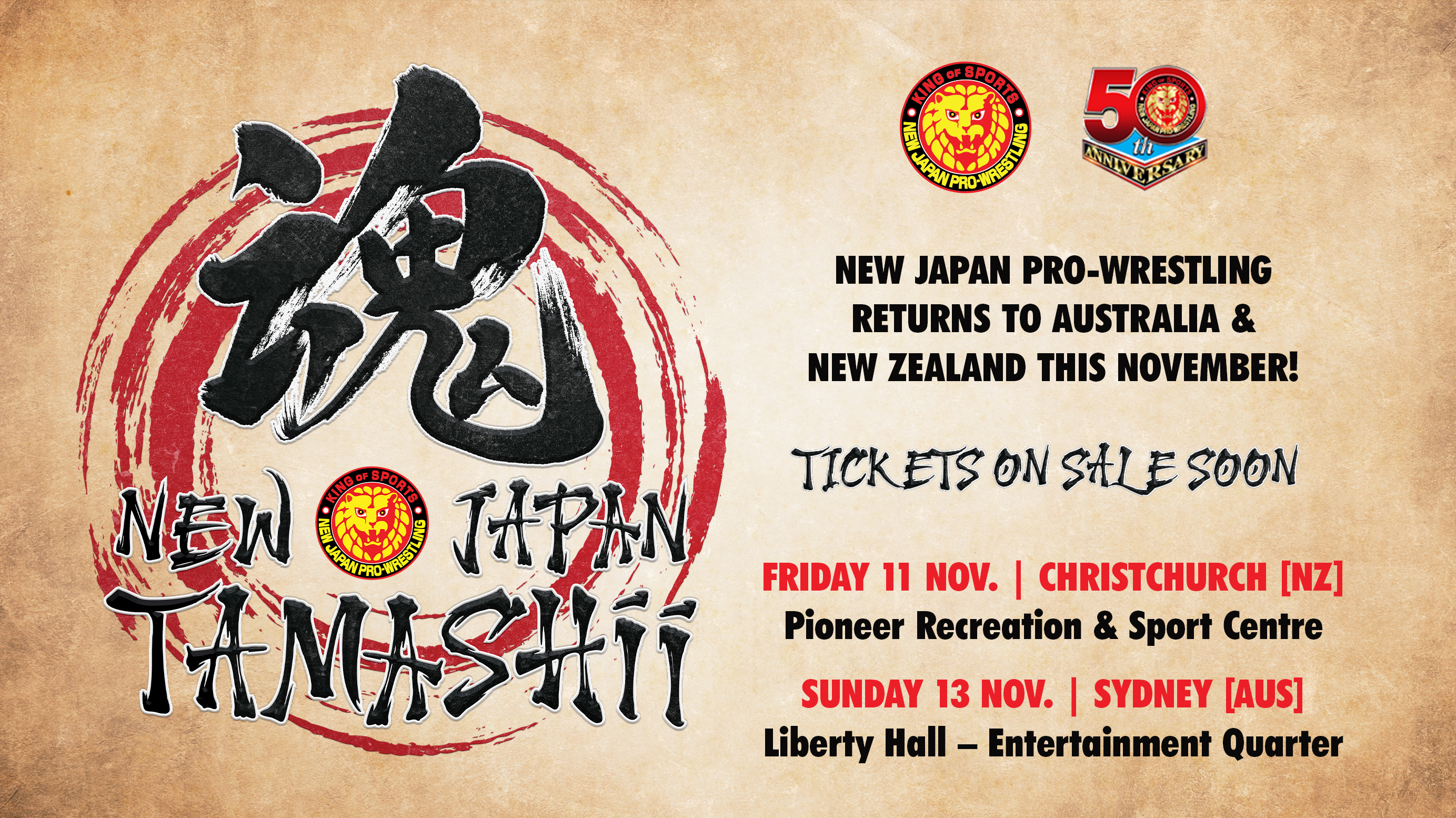 New Japan Pro-Wrestling is excited to announce the November launch of NJPW TAMASHII, a new brand that will see the best of NJPW in Japan compete with the cream of NJPW’s New Zealand Dojo, as well as the best talents from Australasia.

Meaning ‘spirit’, or ‘soul’,  TAMASHII is the logical continuation of the philosophy behind NJPW STRONG in the United States, which has seen established names from NJPW compete with brand new prospects emerging from NJPW’s LA Dojo, as well as the best from the local scene.

Already signed for the debut NJPW TAMASHII events are big names from BULLET CLUB. KENTA, who wrestled on the very first official match for NJPW STRONG in 2020, is joined by IWGP Junior Heavyweight Champion Taiji Ishimori and the Rogue general Bad Luck Fale.

Fale is the principal force behind NJPW’s New Zealand Dojo, the rising prospects of which are set to be highlighted and developed through TAMASHII events, having already been focused on in the Lion’s Roar docuseries on NJPW World.

‘This was once the most popular professional wrestling territory in the world,’ Fale commented. ‘Now with so much talent in Australasia, it was logical to expand the New Japan brand in the territory. We’re very excited for what the future holds.’

Representative Director for NJPW Takami Ohbari stated ‘New Zealand, and Oceania at large is a rapidly growing professional wrestling market rife with strong potential talent. It’s for that reason that we established the New Zealand Dojo, and why these events are so important for NJPW’s ongoing global expansion. The last time NJPW was involved in events in New Zealand specifically was all the way back in 2016, so I thank our Kiwi fans for their patience. Whether from the NZ Dojo, or further afield, you’ll see the same fighting spirit that is uniquely NJPW’s throughout these events. I hope you come to experience them for yourself, and know that TAMASHII is the place to find genuine Strong Style action in Oceania.’

‘We have been working hard to develop and refine our teaching to provide the best possible training,’ remarked NZ Dojo Head Coach Tony Kozina. ‘The Young Lions that have earned a place on these debut events all possess top notch work ethic and strive to go beyond their best both in and out of the ring. On November 11 and 13 the world will see what we are capable of’.

Tickets for both NJPW TAMASHII events will go on sale on September 9 at 12AM midnight from Eventfinda (NZ) and 10AM AET from Moshtix (AU). We look forward to allowing fans to experience the next stage in NJPW’s international expansion and to be in on the ground floor of a new era for professional wrestling in the Australasian market.

Tickets on sale September 9 10AM AET

NOTE: Due to alcohol service laws, Liberty Hall is an 18+ venue. We apologise for the inconvenience and appreciate your understanding.