The main event of NJPW STRONG this week saw the STRONG Openweight Tag team Championships defended, Aussie Open putting the titles on the line against Team Filthy’s West Coast Wrecking Crew. Both teams were evenly matches for strength as Jorel Nelson and Kyle Fletcher traded tackles, but Nelson’s ring awareness saw him leverage a spear to take advantage for his team.

Fletcher was separated by Nelson and Royce Isaacs, who dropped Mark Davis for a double team suplex, but a pair of suplexes on the outside saw the champions regain control of the match. The United Empire duo worked over Nelson until a desperation high cross just caught enough of Fletcher to allow for a tag to Isaacs. The powerhouse of the WCWC team was more than a match for both Davis and Fletcher, and the challengers got a near two off a double team, but double German suplexes were countered by stereo brainbusters from Aussie Open. 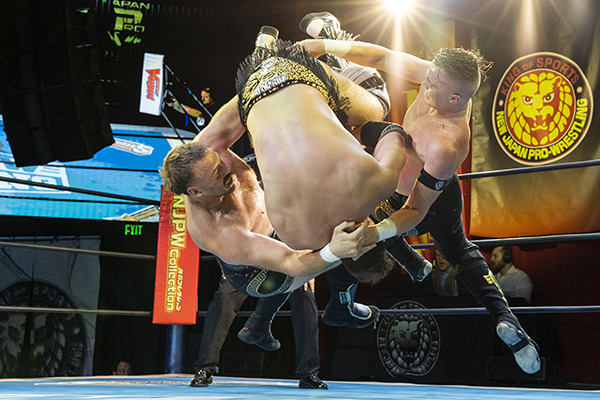 Undeterred, the Wrecking Crew spiked Fletcher with a huge double DVD, but Davis was in just in time to help his partner. As the match broke down, Fletcher sent Nelson off the apron, and Isaacs was left alone to eat Corealis for the three. 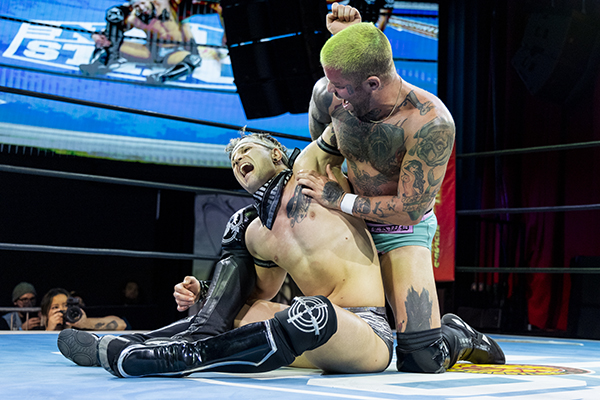 In singles action, Robbie Eagles defeated Kevin Blackwood in a hard fought singles encounter. After Blackwood delivered some stinging chops, and looked for the Sharpshooter twice early, a spinning wheel kick would put Eagles in charge, but Blackwood would fire back with hard strikes of his own, and cut off Eagles’ work on his knee. 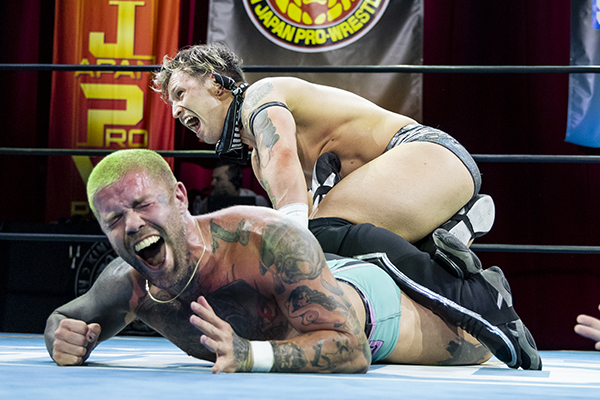 Blackwood was able to apply enough pressure to lock in the Texas Cloverleaf, and got two off a hard brainbuster after Eagles escaped. As he missed with a top rope attack though, Blackwood jammed his knee, and the end was inevitable. Eagles got two off the Turbo Backpack, and then a 450 setting up the Ron Miller Special led to the tapout finish. 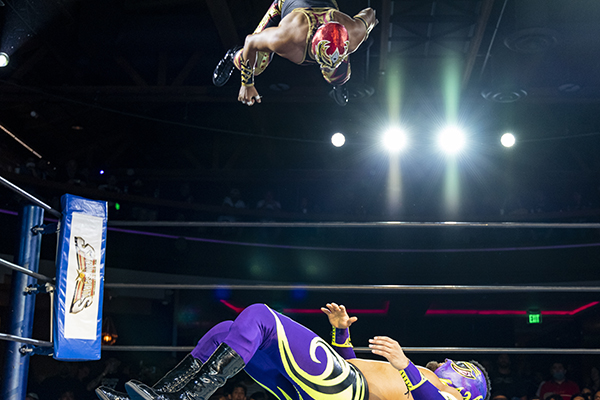 The night’s action began with Mascara Dorada defeating Misterioso. A spectacular encounter kicked off with high paced offence from Dorada, but a tope con giro would be caught by the huge Misterioso, who sent his foe into the guardrails. 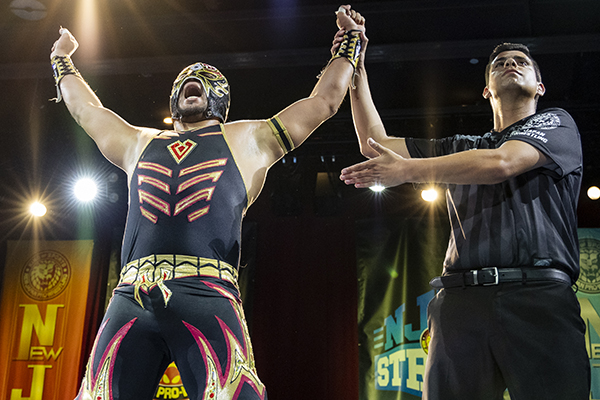 Dorada was able to fight back with an unbelievable rope walk tope, followed by a springboard senton for two, but Misterioso was able to respond in equally impressive form, hitting a shotgun dropkick and then a tope of his own. As the match continued to grow in intensity, Misterioso got two off a top rope Frankensteiner, but didn’t get enough body on body off  a German suplex counter, and Dorada found the Dorada Driver for three.