Shelley and Sabin Gun Down Aussie Open on IMPACT 【NJoA】 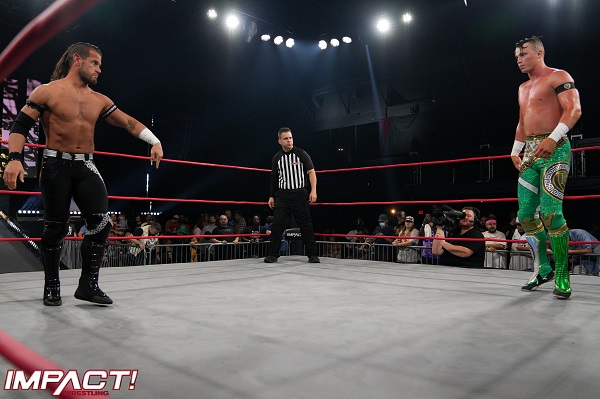 IMPACT Wrestling this week was headlined by a tag team dream match, as Aussie Open, Mark Davis and Kyle Fletcher, took on Chris Sabin and Alex Shelley, with the number one contendership to IMPACT’s Tag Team Championships at stake. 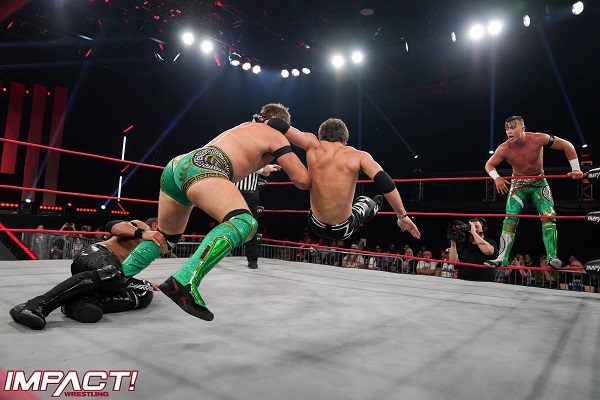 Fletcher would start the match with Shelley, the veteran taking the taller Fletcher down to size as he combined with Sabin to take him to the mat. Davis would fare little better, taken down with a tijeras by Sabin and a double team from the Guns, who low bridged both Aussies to the floor before diving off the apron. 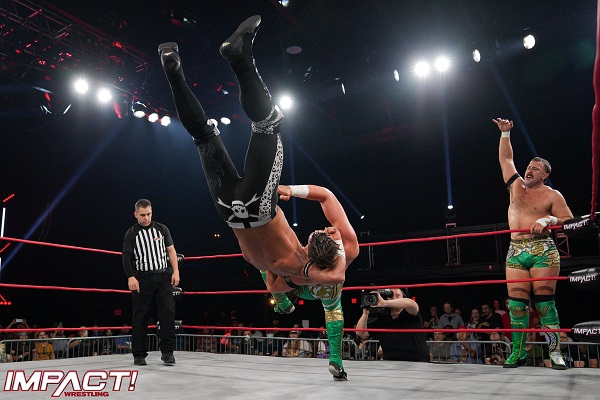 The United Empire representatives were able to get back into the match as they caught a pair of corner charges and sent both Sabin and Shelley colliding into one another back first. Isolating Shelley, a long delayed vertical suplex, with a couple of passes between Davis and Fletcher thrown in for good measure, would score two, but a missed senton from Davis brought Sabin inside with fire, fury and aerial offense on both men. 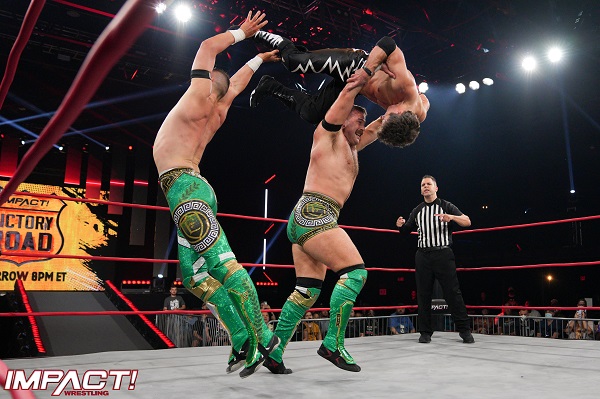 A cross body on Fletcher scored two, and a double team Complete Shot got another nearfall. Fletcher caught a break in Sabin’s offence, and connected with Davis for impressive double team combinations as they got a very close two on Sabin with the Dental Plan; as Aussie Open took Shelley to the floor, it seemed as if victory was within reach, but Sabin still had the determination to kick out at every turn. 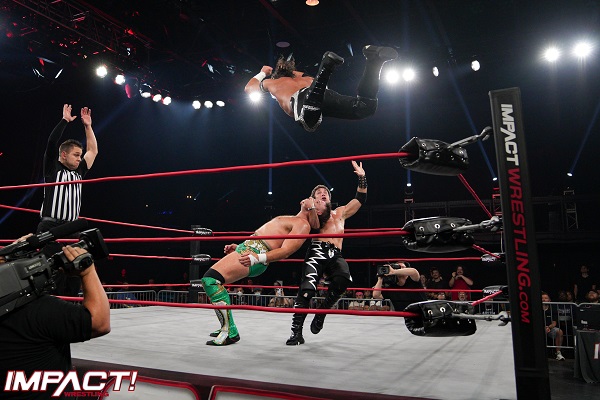 As Aussie Open primed Sabin for Corealis, a tornado DDT counter suddenly shifted momentum. Shelley came back inside for some classic combination work, and then Skull and Bones would score on Davis for three. Motor City Machine Guns will now face Matt Taven and Mike Bennett for the IMPACT Tag Team Championships. 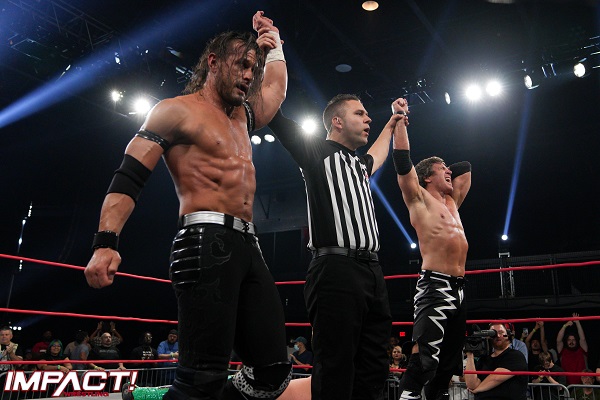