Finlay the sole survivor in Takamatsu 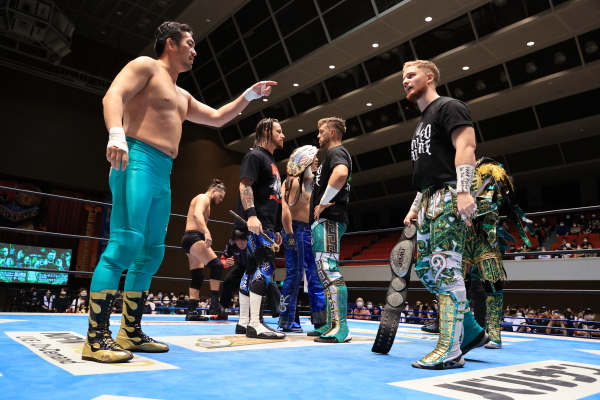 Finlay was eager to take on Ospreay at the opening bell, but the IWGP United States Champion denied his challenger the pleasure early, instead tagging in TJP to tangle with Taguchi. The Public Enemy would be frustrated by his Sunday opposition as both members of Six or Nine cornered TJP, but a rope fake would cause DKC to flinch, and United Empire quickly took over. 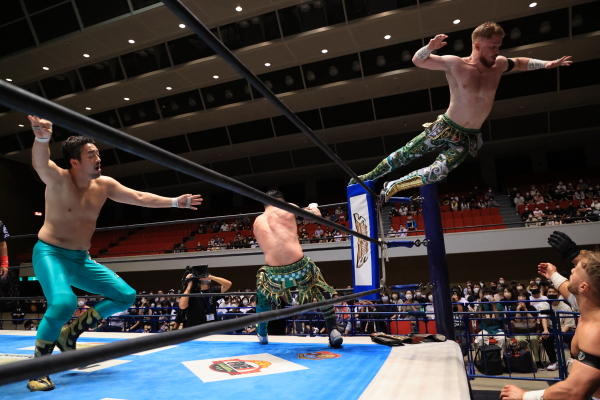 DKC would be worked over with a Facewash from TJP, but a moment’s respite saw the LA Dojo member dive to tag in Finlay. With Ospreay coming in from the opposite side, the pace quickly escalated, as did the level of danger. With Henare assisting, an elevated DDT scored on the floor, taking Finlay out of the equation as Akira set to work on Wato.

Quick work from Wato took the IWGP Jr. Tag Champions off his back, but he and Taguchi couldn’t hit Number Nine, the blue haired phenom instead being subject to United Empire teamwork. A low bridge nearly sent Akira to the floor, but quick thinking would save the Italian, and an innovative headscissors instead led to the first elimination of the match. 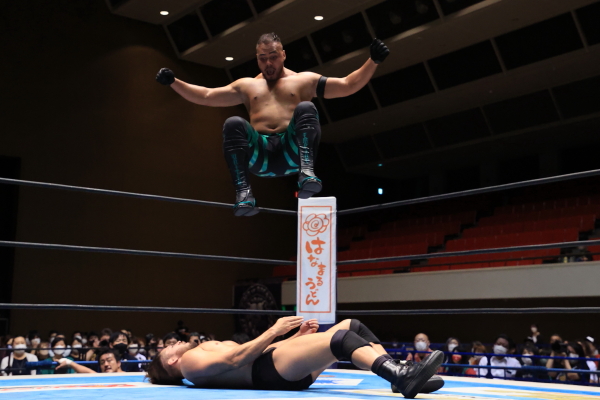 United Empire didn’t have the advantage long, and eliminations quickly followed. Akira was sent off the corner onto Ospreay and the floor, before a hip attack took TJP over the top rope to the outside. With Henare taking care of Taguchi, it was down to DKC and Finlay against Henare and Ospreay, the D-K-Fire burning Henare for a near two. Angered, the Ultimate Weapon struck with a Berzerker Bomb, before a stiff body blow and a senton for three, putting Finlay in a two on one handicap position. 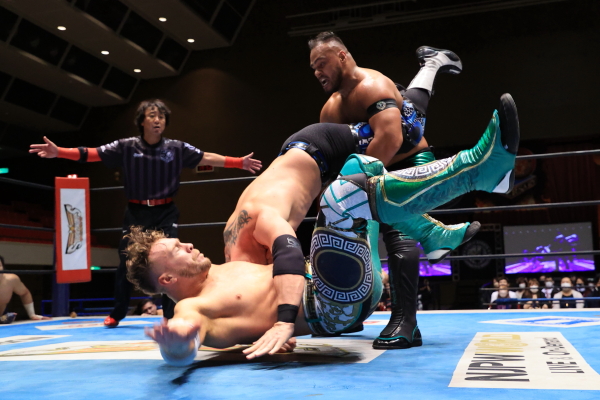 Finlay swung as hard as he could against the odds but quickly found himself smothered and planted with a long delayed Henare suplex. Finlay mounted a comeback, but was spiked with another elevated DDT from Henare and Ospreay; still the number one contender kicked out, and was able to send Henare into the champion as he went for an OsCutter, sending him over the top and to the floor. 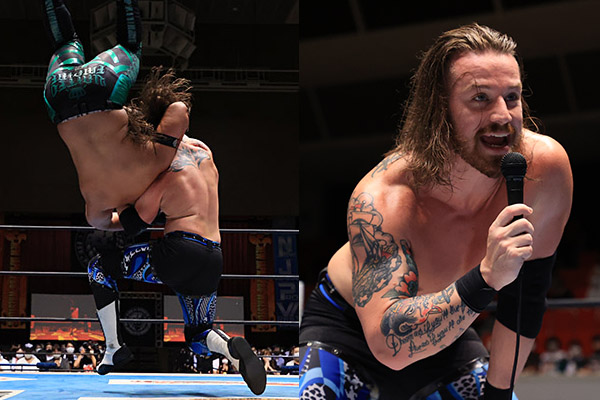 With the match down to one on one, Henare ran through Finlay with the Rampage Tackle, before trying for Streets of Rage, but a quick counter instead led to Trash Panda for three. Post match, Finlay vowed that this was his year, his time, and that he would seize the IWGP United States Championship in Kobe Sunday.