NJPW STRONG this week sees the conclusion of the Fighting Spirit Unleashed series in Hollywood California. With the STRONG Openweight title at stake, can Fred Rosser continue to build his already impressive championship resume? 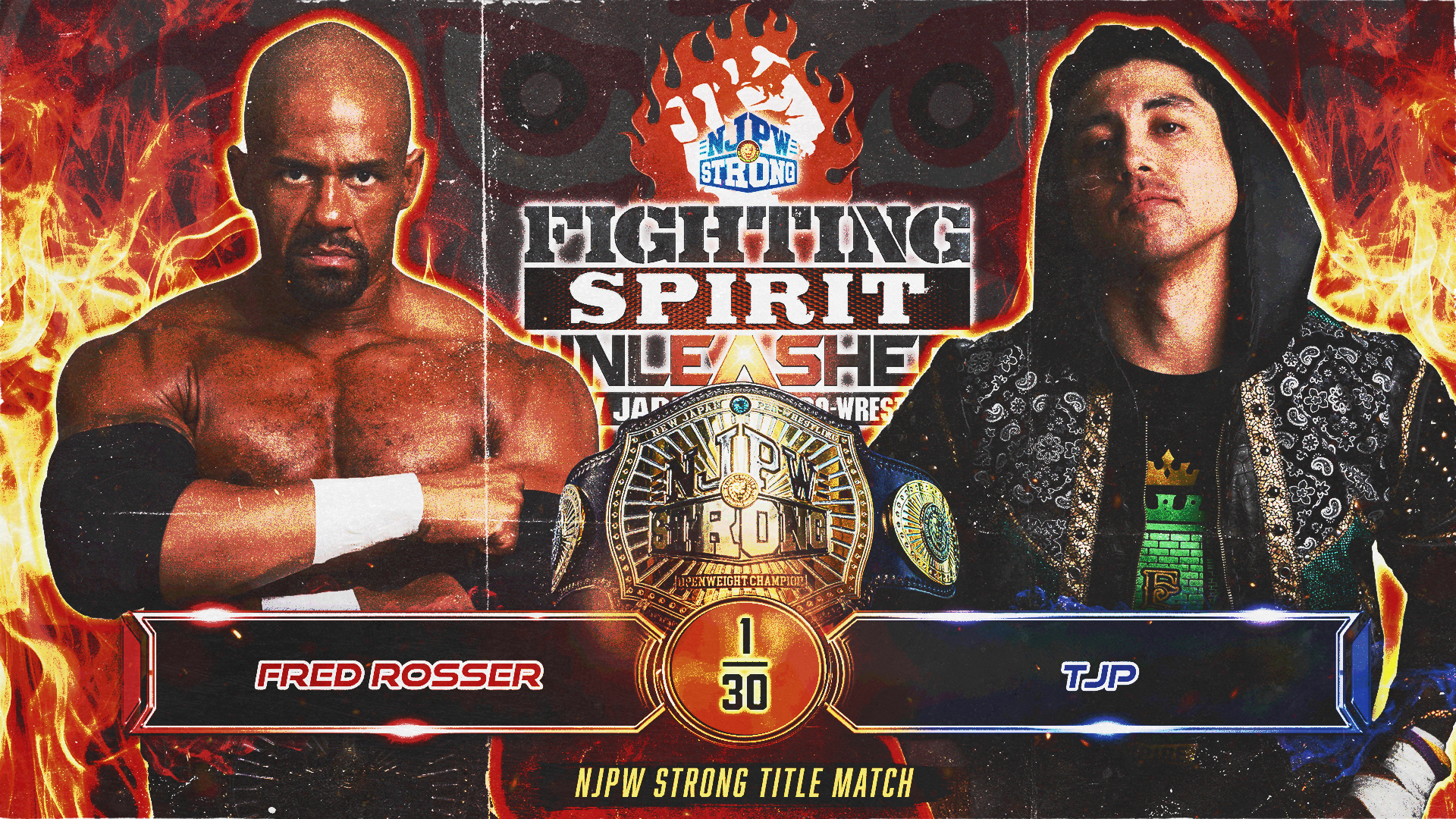 The main event of the evening will see Fred Rosser put the STRONG Openweight Championship on the line against TJP. When Rosser beat Tom Lawlor to lift the STRONG gold in Philadelphia, he vowed to defend his title against all comers, and that has included the biggest and the meanest in the forms of Big Damo and Fred Yehi. TJP presents a different prospect however, the Public Enemy being the first junior heavyweight to challenge Rosser, and the first junior to go for the STRONG gold since Clark Connors back in February.

As such, TJP will look to bring speed, leverage and technique to try and counter Rosser’s considerable power advantage. The United Empire member was keen to point out to Rosser that when the champion was considering joining NJPW and STRONG, TJP was the one he spoke to and that ever since, Rosser was ‘renting time’ in TJP’s ring. Will the challenger come to collect this Saturday night? 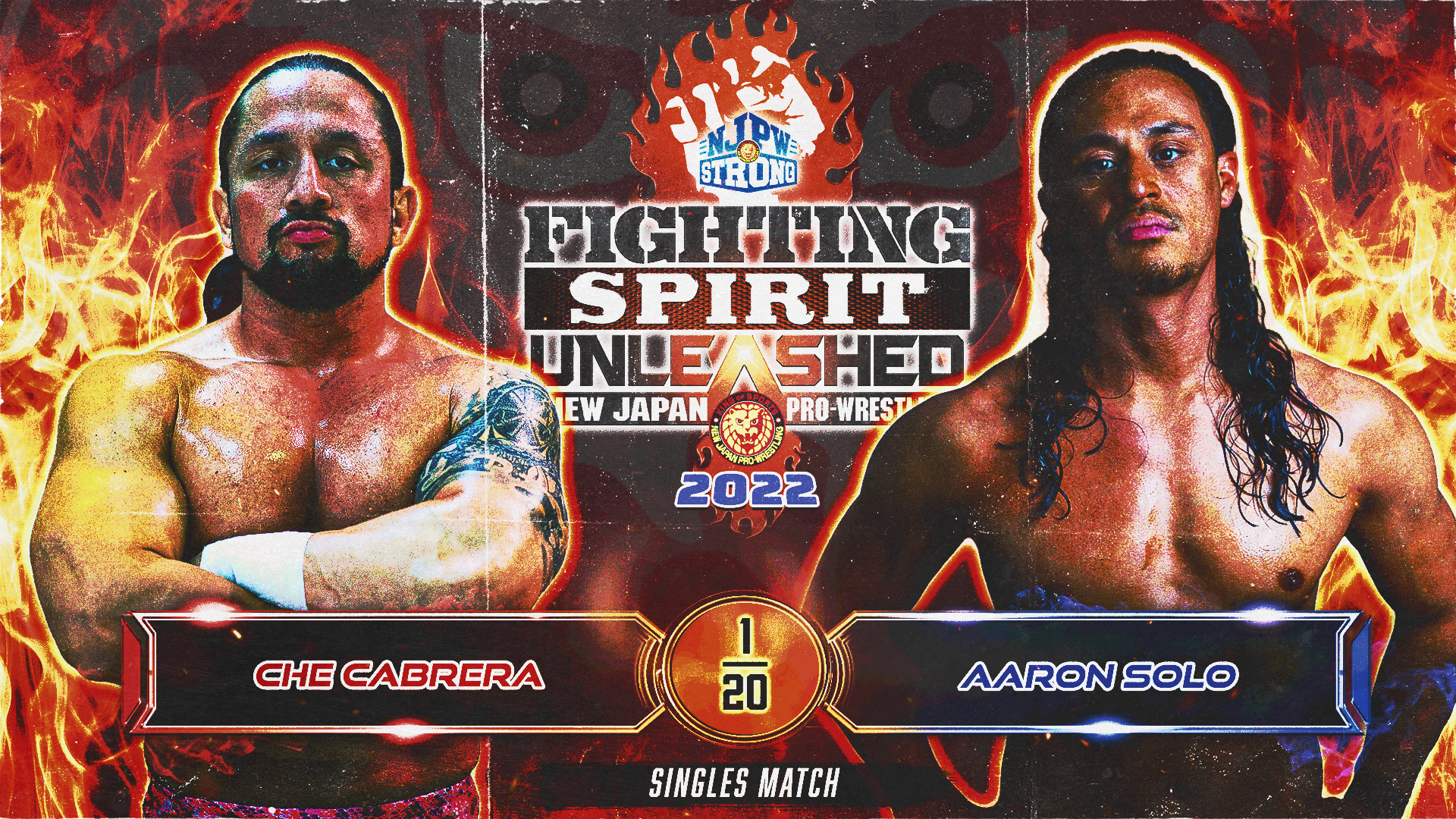 Che Caberera makes his NJPW STRONG debut this week when he faces Aaron Solo. Cabrera is well experienced on the independent circuit, and seeks to be another of the best kept secrets that STRONG has brought to the limelight. Yet Solo and the Factory want to continue expanding their footprint on Saturday nights, and won’t give ‘Latino Meat’ an easy ride. 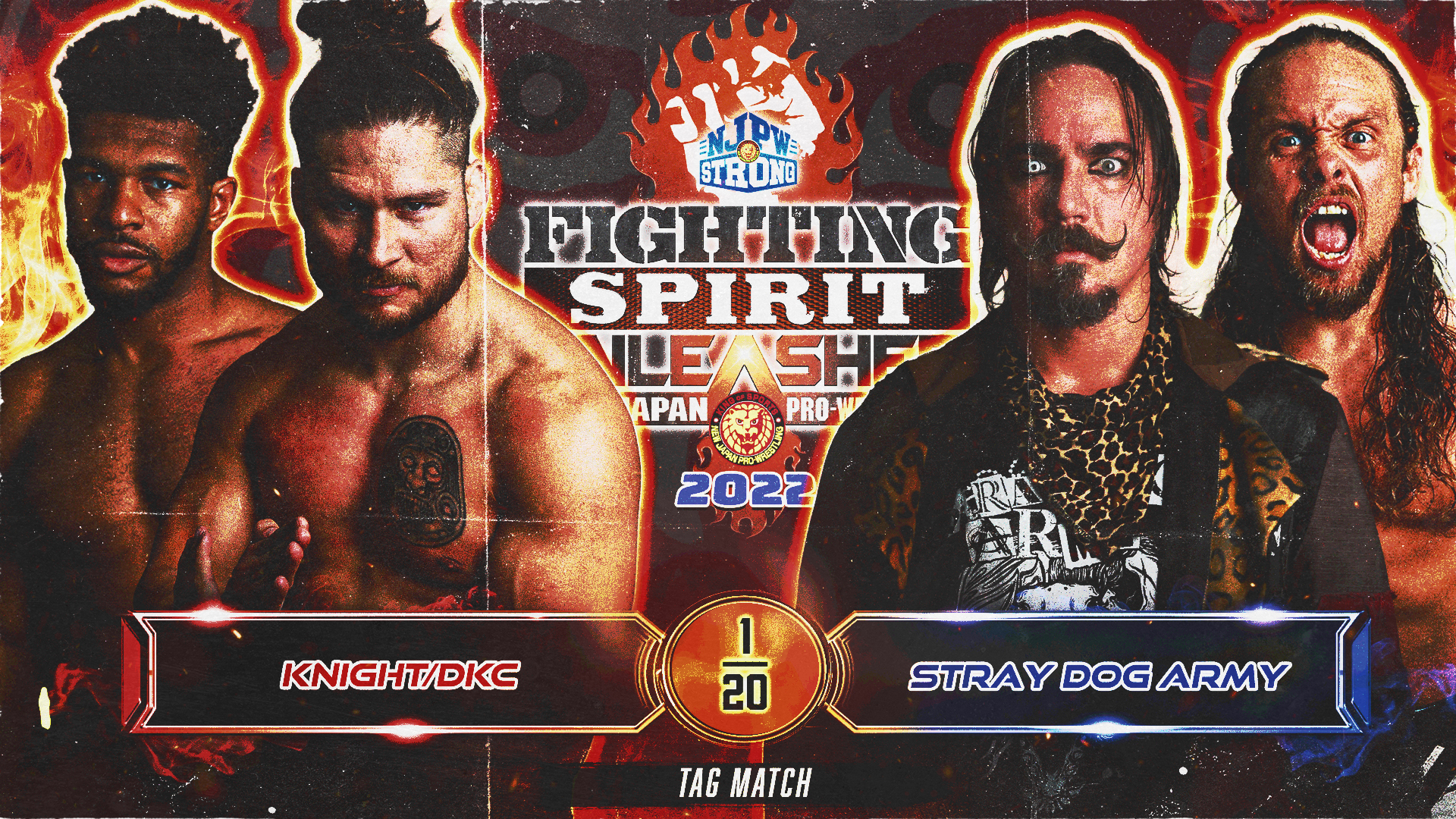 Tag team action will kick off STRONG this week as The DKC and Kevin Knight take on Bateman and Barrett Brown of the Stray Dog Army. The LA Dojo Young Lion combo have been extremely effective as a duo, and with DKC coming off a successful last minute tour of Japan that included a main event win in Takamatsu, they’ll now be looking to move up in the openweight tag ranks.