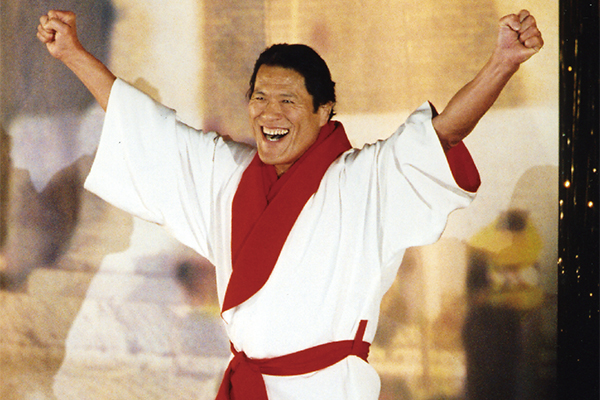 Antonio Inoki, founder of New Japan Pro-Wrestling, wrestler, promoter, politician and social activist, has died after a battle with amyloidosis. He was 79.

Inoki was born in Yokohama in 1943. Relocating with his family to Brazil at age 13, the promising athlete had been working on a coffee plantation when he was scouted by Rikidozan on excursion to the region and recruited into professional wrestling.

After making his debut on September 30 1960 under his birth name Kanji, his teenage years in Brazil would lead to him being renamed Antonio, with a legend being born in 1962.

In the wake of discord within the Japanese Wrestling Association following Rikidozan’s death, Inoki would depart the promotion, forming New Japan Pro-Wrestling in January 1972 before staging NJPW’s first event in Ota on March 6 that year.

As NJPW’s status grew, Inoki’s early career rival and former tag team partner Giant Baba would also become a promoter. In the face of his competition in All Japan Pro-Wrestling, Inoki would brand NJPW around the ideas of ‘Strong Style’ and ‘Fighting Spirit’. The rivalry sparked a boom in pro-wrestling that Inoki would be at the forefront of.

June 26, 1976 would see Inoki break new ground when he battled Muhammad Ali in the Nippon Budokan, a match credited with being the birth of what became mixed martial arts. From his martial arts fights, to bloody brawls with the likes of Tiger Jeet Singh, and an indomitable underdog spirit opposite the hulking Andre the Giant, Inoki blended an in ring versatility with an explosive charisma that made him the image of professional wrestling to generations both in Japan and worldwide. 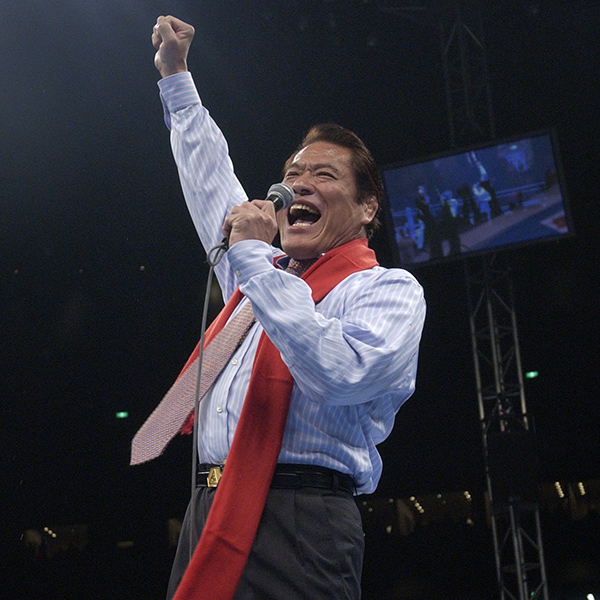 Though Inoki would be active in ring until his Tokyo Dome retirement on April 4 1998, 1989 would see Inoki transition to the political arena, establishing the Sports and Peace Party and winning election into the Japanese House of Councillors on his first attempt. He would serve two terms in the Japanese Diet and was the first ever wrestler to serve in such a capacity.

Inoki would start NJPW’s 50th year celebrations on January 4 2022 with a special video message in the Tokyo Dome at the start of Wrestle Kingdom 16.

The thoughts and deepest sympathies of all at New Japan Pro-Wrestling go out to Inoki’s family, friends and fans.