A surprise return sees the STRONG Champion laid out in Hollywood.

NJPW STRONG this week saw the STRONG Openweight title defended in the main event, Fred Rosser seeking his third defence against TJP of the United Empire. Rosser’s first defence against a junior heavyweight saw him try to use brute force in the bout, but TJP would consistently stay one step ahead with an aggressive submission strategy that saw him snap the arms of his powerful opponent. 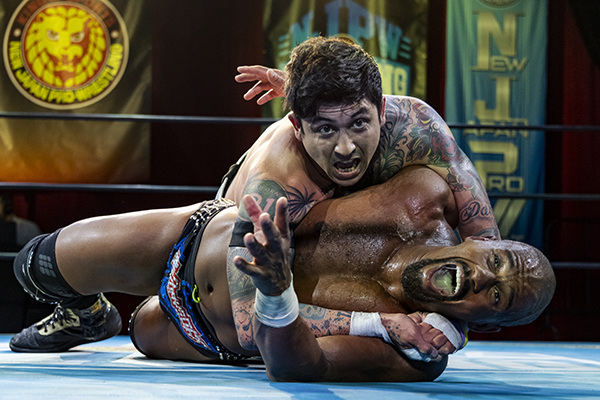 Rosser would catch a break with an apron suplex, and had the Public Enemy reeling with powerful strikes. The challenger was able to get a signature capture suplex, but could not land the Detonation Kick on the big man; Rosser would respond with a death valley bomb and dropped the hips off the apron, but a rare trip upstairs for Rosser saw him thrown off the top rope with a superplex. 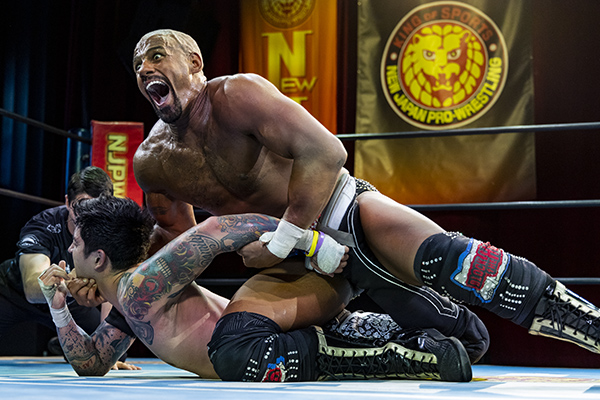 TJP found a swinging DDT and went for the Mamba Splash, but the champion evaded contact; still the challenger was able to counter the gutcheck and negotiate the Pinoy Stretch. After a Final Cut, TJP hit the Mamba Splash on a second attempt, but it wasn’t quite enough; Rosser recovered with the Gutcheck, and an Emerald Flowsion, but this too didn’t finish the match- eventually it would be the Crossface Chickenwing that finally submitted TJP. 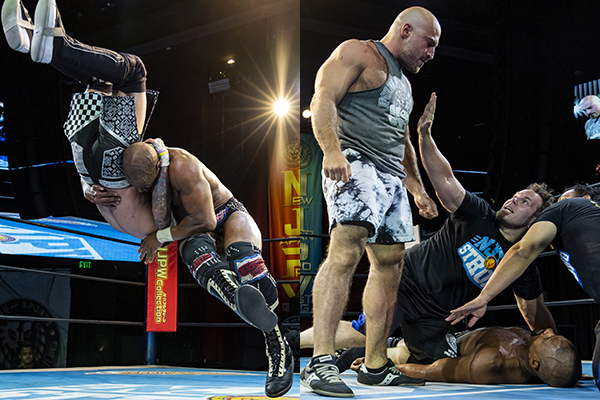 Rosser celebrated a well earned win before being attacked by a hooded figure; one that revealed himself to be a returning Chris Dickinson as STRONG went off the air. What could be next for the STRONG Openweight Champion? 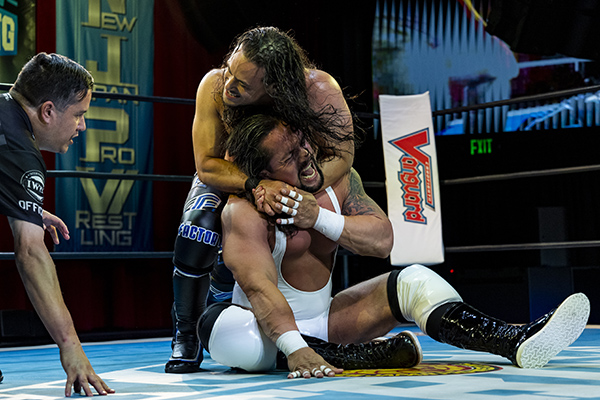 Aaron Solo defeated the debuting Che Cabrera this week on STRONG, but it was far from an easy task for the Factory member. Despite QT Marshall’s interference, ‘Latino Meat’ Cabrera powered through Solo; though Solo showed his own considerable ability, it was the ropes that came to his aid on a schoolboy rollup to earn a tainted win. 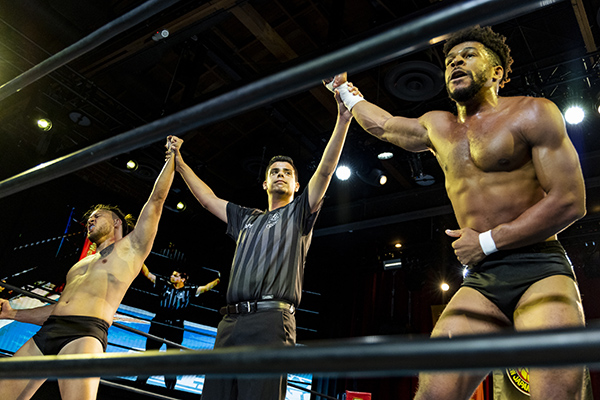 STRONG kicked off with tag team action as Kevin Knight and the DKC represented the LA Dojo against Stray Dog Army. It was a fast start to the bout as Barrett Brown and Bateman jumped the young prospects at the bell, and controlled the early part of the match. After DKC escaped a suplex, Knight was a ball of fire after receiving a tag. While Brown and Bateman again tried to cut off the LA Dojo, they were unable to stop Knight and DKC, with DKC picking up the win over Brown with a Crucifix Bomb.