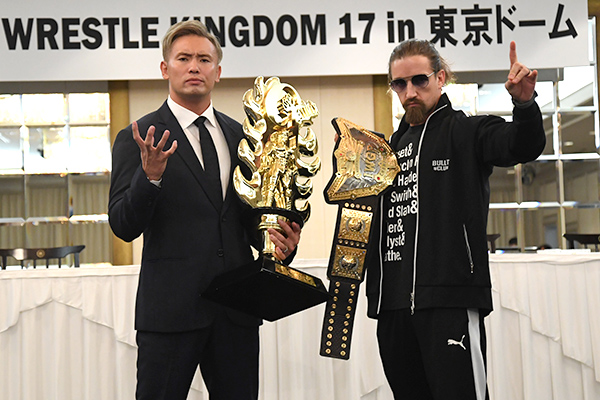 The Tokyo Dome main event on January 4 2023 is now official, as Switchblade Jay White puts the IWGP World Heavyweight Championship on the line against Kazuchika Okada. At October 11’s Tokyo Dome press conference though, the champion had pointed words to put to an ever self-assured Okada before Wrestle Kingdom. 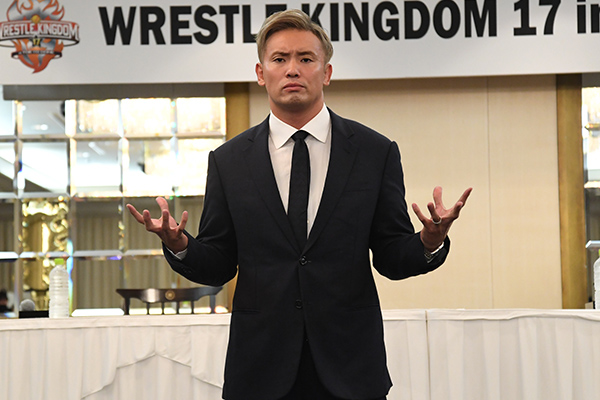 Kazuchika Okada: I already knew I would be the challenger, and now my opponent is decided. Now the Tokyo Dome switch is definitely on. But before then, I’m heading to New York, where I’m sure there’ll be a preview match waiting for me. Maybe it won’t be quite to the heights of the Dome, but I’m excited to fire up New York City. 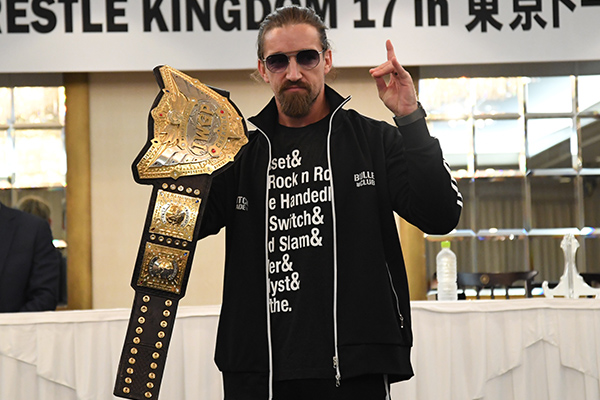 Jay White: My turn. Champion’s turn, huh? First things first, how about we shout out the Good Brothers, huh. Gallows and Anderson making history, I don’t think you realise how big of a moment that is. Look at that. A little earlier this year, I talked about my vision for BULLET CLUB, all over the place and in all these different companies. It’s all part of the plan for the Catalyst of Professional Wrestling.

What else. You know, let me address this man (Okada). I’m still confused as to why his match against the monster JONAH, why that wasn’t for the right to challenge me at Wrestle Kingdom. It doesn’t make sense to me, but then I’m not surprised, or shocked because of course this man is going to get that treatment.

You beat JONAH, but there was no pressure. I’m disappointed in you. Usually you’re the guy that steps up to the plate. You want those big moments, but this time you stepped back and away. He had nothing to lose. Last night I called you Okada the Coward. Kazu the Coward. Anybody else. If it was anybody else, would they have gotten away with that? Especially if it were me I would have had to defend that right. If it were ANYBODY else, but when it’s Kazu the Coward it has to be as easy, seamless and risk free as possible, don’t we? 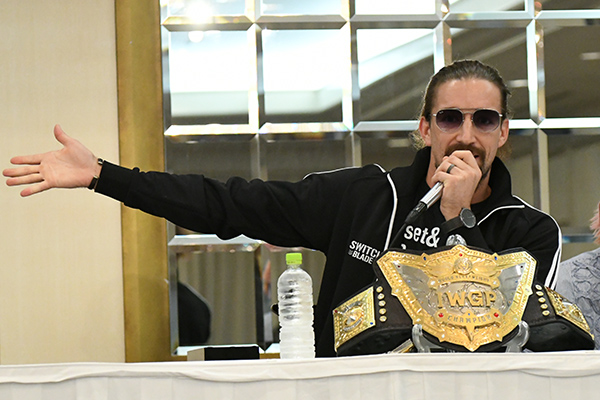 Now you mentioned coming over to New York. You can come, but I’ll be busy there in case you were planning on seeing myself. I’m in high demand. There’s this guy Eddie Kingston, if you don’t know you can Twitter search him and see him talk about all this Japanese history and wrestling and yadda yadda. He’s been ducking me you see. We were supposed to have a little tango in Las Vegas, but he got butterflies, so.

I might not see you in New York Okada, but maybe I’ll go to Eddie Kingston’s place- actually I don’t know his address so I’ll call ol’ TK up and get his address, go over there, knock on the door, and I’ll grab him by the scruff of the neck and take him over there. Have fun in New York, buddy. 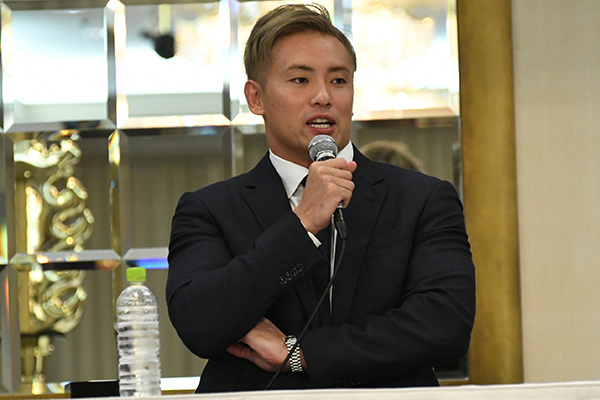 Okada: I’ll be in New York and I’ll definitely have fun. I think it’s my first time there since Madison Square Garden… Jay has been talking for a long time and we’re all sick of it so let’s get to the point. For all this Eddie talk, I’m the next challenger so he should be focused on me. Now as for the coward stuff, say all you want. You’re in no position to talk if you haven’t won the G1 like I have, Jay-kun. 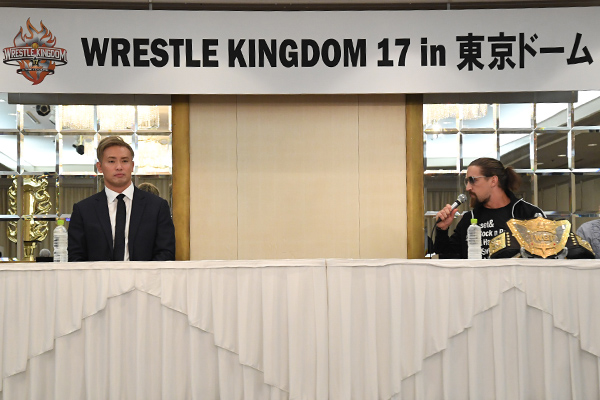 White: Cute. I don’t know where you get off telling me who I should be focusing on. This (belt) means I- not you- call the shots around here. If you’re worried about poor old Eddie Kingston, how about you go to New York. You call up TK, you get Eddie Kingston’s address, you knock on his door and say ‘come on little buddy, I’ll protect you, let’s team up’. And I’ll find a friend of mine. I’m very skilled, I can multitask. I’ll bring a buddy of mine, and I’ll handle you and Eddie Kingston at the same time.