United Empire on retreat ahead of Saturday title bout 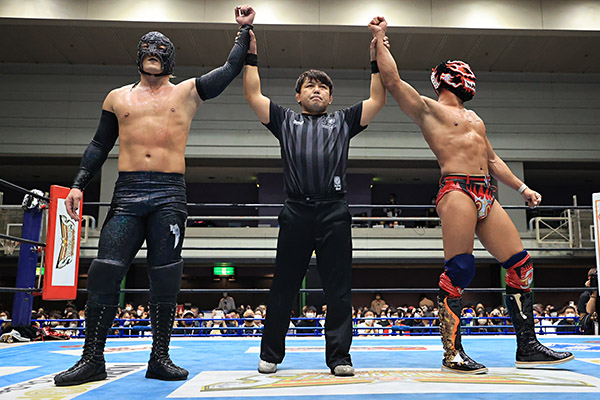 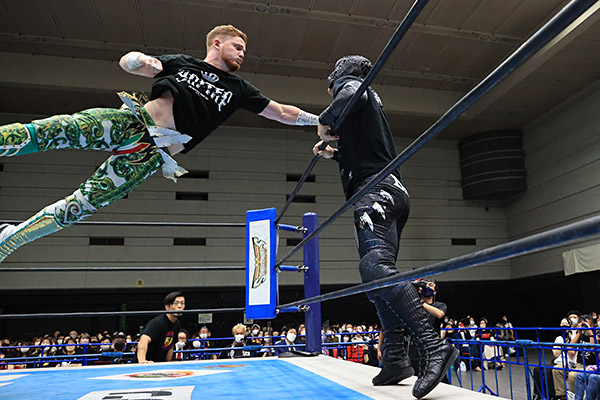 It would be Akira and BUSHI in the first of the bouts, with both men making their entrances unaccompanied by their respective partners. BUSHI the early pace as he sprinted at Akira with a dropkick before the bell rang, and sent the Italian crashing into the ringside barriers. Creating distance, Akira fought back as he cartwheeled into an elbow off the apron before a plancha to the outside and crossbody in ring. 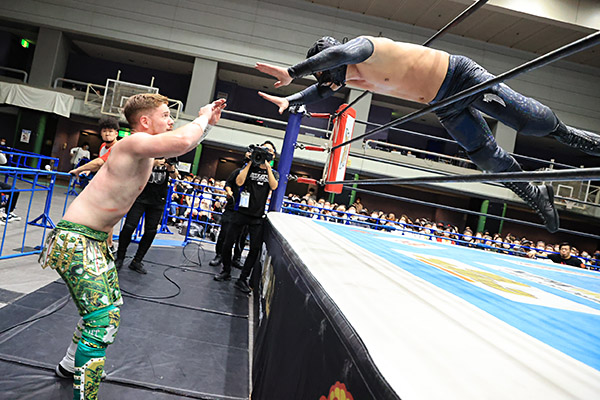 Seeking an underhanded upper hand, Akira loosened the strings on BUSHI’s mask, an action that brought an angry response and a back cracker from BUSHI. Building momentum, BUSHI scored with a missile dropkick and tope suicida that sent the back of Akira’s head cracking into the steel guardrail outside the ring. Still, a Tarantula in the ropes would slow BUSHI; at least until the masked man stopped Akira’s tope follow up and landed a brutal apron DDT. 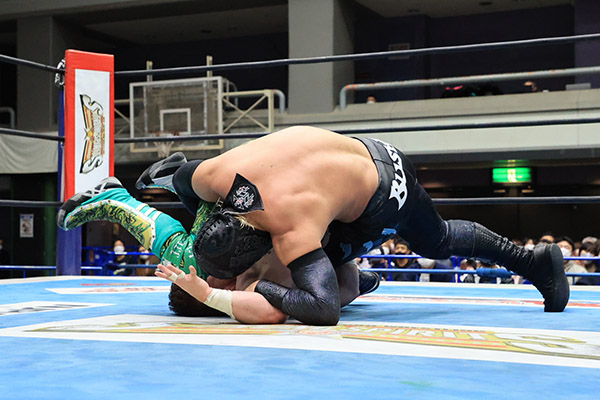 BUSHI wanted that to be the prequel to an MX, but his United Empire foe read the move, and dropkicked the LIJ member out of midair. Flipping out of a Codebreaker, Akira landed the Fireplex for a two count, but BUSHI was able to stay ahead of the game, going prone to avoid the Fireball knee strike and lock in La Magistral for three. 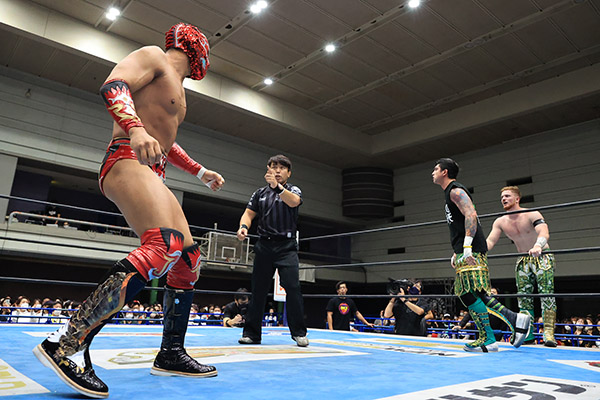 The angered Akira attacked BUSHI after the bell, and was joined by TJP as both men looked to take BUSHI’s mask. Titan would make the save, and the next match followed right away, Titan landing a tope to TJP, but having a follow up springboard stopped by Akira on the floor. 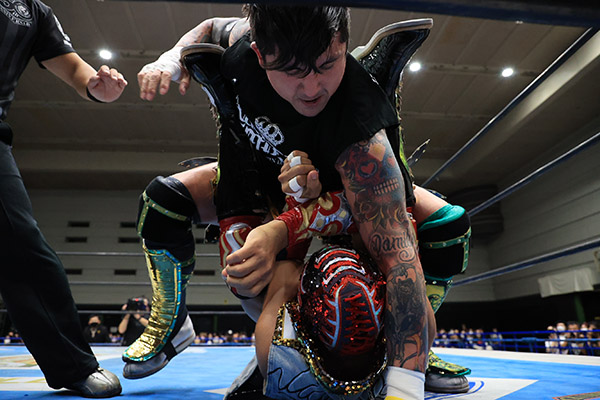 Exploiting the damage done by his partner, TJP stretched Titan and punished his opponent’s knee. As the Public Enemy went for a Facewash though, Titan spotted an opportunity to rally, and found an overhead kick and springboard crossbody before bringing TJP to the floor where he was hit with a stunning tope con giro. Responding with a springboard lariat, TJP reset with Titan before finding the Detonation Kick for two, but could not maintain an advantage as the match grew ever more unpredictable. 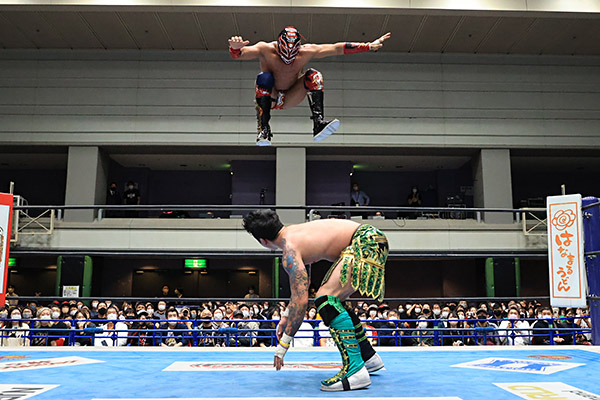 Dropping Titan over the top rope, TJP looked for a splash but was met with a Titan overhead kick. A brutal double stomp followed on the apron, but a second in the ring saw the tag champion evade contact and lock in a figure four. Titan crawled to the ropes, but Francesco Akira would pull Titan’s mask off from the floor, leaving him vulnerable for the Mamba Splash. Still the match rolled on, and BUSHI provided a much needed assist, giving Titan a second mask and setting up a double stomp as the champion side were left on the back foot heading into Saturday’s title bout.