Challengers vow to take the titles to CMLL, champions seek to ‘expose’ Titan and BUSHI 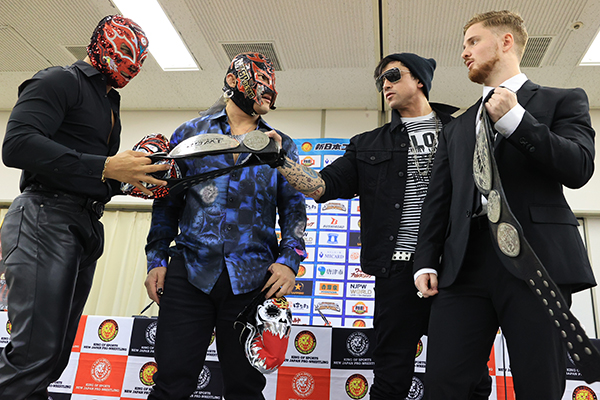 A special public contract signing on November 4 in Osaka saw Titan and BUSHI sign the contract for their Saturday IWGP Junior Heavyweight Tag Team Championship match with Francesco Akira and TJP. After both teams made their entrance, comments were heard from all four combatants, starting with Titan. 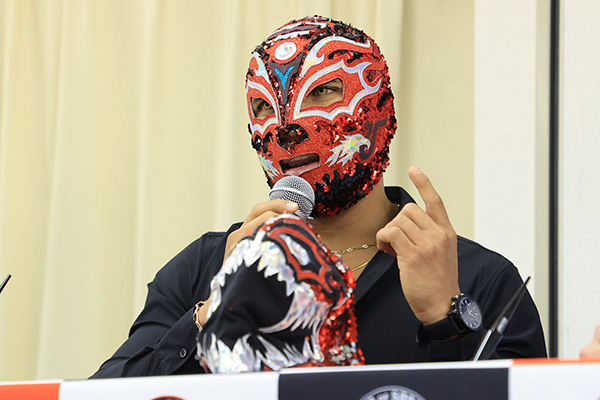 Thank you for coming today. Finally, the time has come to challenge for these IWGP Junior Heavyweight tag team Championships. Francesco Akira and TJP are excellent wrestlers and an excellent tag team, but I have an excellent partner in BUSHI, and we’ll represent Los Ingobernables De Japon in an excellent title match. I came here to become a champion, and with the grace of God, tomorrow I will do just that. 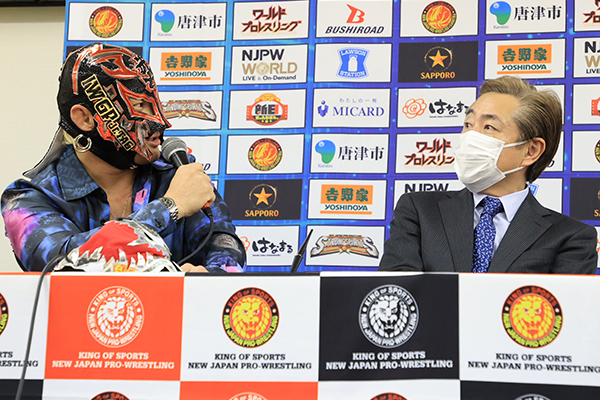 Tomorrow will be the first time we’ll be challenging for the tag titles together. I’m certainly a little nervous, but I already have a clear image in mind of us with those belts. I want to prove that we’re far superior to TJP and Akira in that ring. And afterward, I want to take those titles to Mexico and defend the IWGP Junior Heavyweight Tag Championships in a CMLL ring. Chairman (Sugabayashi) has that ever happened, in a CMLL ring?

BUSHI: Right? That’s why I want to do something never done before, make some history. Titan wants to go back to Mexico as a champion and I want to do that with him. I don’t think anyone will boo me if I’m with him, and we have the belts. So in a lot of different ways, tomorrow will be an important match. 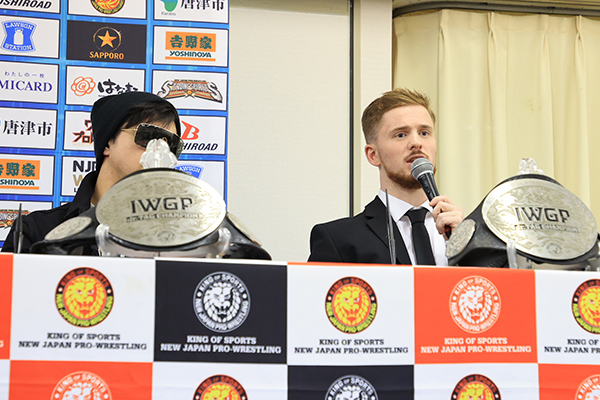 First, I want to say these fans are very lucky to be able to listen to Spanish, Italian, Japanese and English. Now, I’m sure BUSHI and titan will walk in with a lot of confidence tomorrow. They beat us yesterday, they were the better men. I’m not proud of what I did, even before the loss, but as I said in my post match comments, they won where it didn’t matter. Nothing was on the line.

Where it matters is tomorrow, that’s where the big boys play. This sounds weird from a 22 year old kid, but the golden era for this championship was the time of the Young Bucks, or Rocky (Romero) and (Alex) Kozlov, the time of the Timesplitters. Tomorrow, we open the show, and me and TJP, Catch 2/2 bring back the golden age and bring the respect the title deserves.

You have a new mask, BUSHI? It says IWGP Jr. Tag. Tomorrow, you have to put that in the trash. I’m sorry, but you can’t sustain another failure. 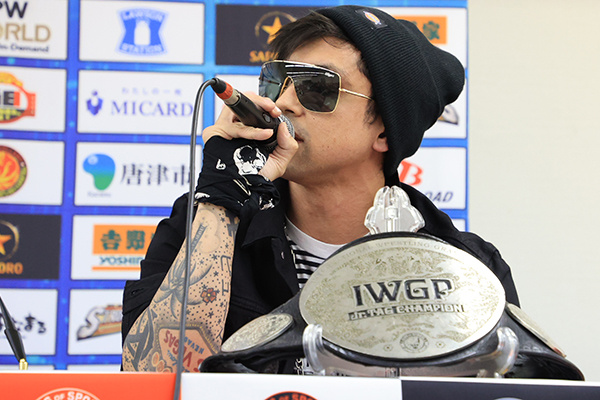 So much talking, and we’re finally here. We finally have to do this, but thank god we have different opponents. Last time, two in a row, we beat those guys. It didn’t go so good for them, and it won’t for you. You are right on one or two things. There will be IWGP Junior Tag Team Champions going to Wrestle Kingdom, but it won’t be you. There will be a team going to CMLL and becoming popular, but it’s not going to be you. You’re looking at the ones. Now, these masks, do you wear them because you’re fake, or to hide? It doesn’t matter. Catch 2/2 is here and we’re staying here. You’ll find out tomorrow that we’ll be here a long time.