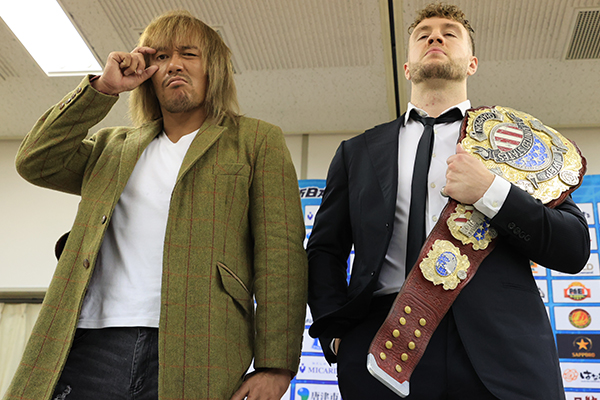 The pre-Battle Autumn contract signing saw Will Ospreay and Tetsuya Naito go nose to nose ahead of Saturday’s IWGP United States Championship main event. As Ospreay entered in a suit, Naito chose to wear the jacket he’d ‘procured’ from Gideon Grey earlier in the tour, before settling to make his comments. 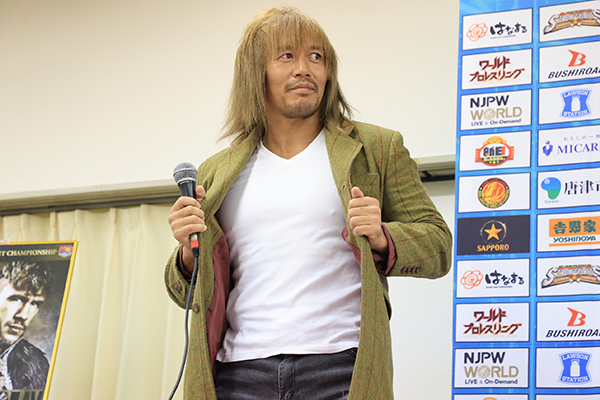 Just like I promised yesterday, I came here in Gideon Grey’s jacket. What do you think? Suits me, right?

Will Ospreay hasn’t been here through the whole tour up to now. I’ve got to be honest, I was worried he might not come to Osaka either, so thank you for being here. Gracias. This will be our second singles match, since the G1 semifinal. I think Will Ospreay ois a much more attractive prospect to me than the IWGP United States Championship. But at this moment in time, what I can say is that if I win and take that belt, then I can create something pretty special. Or, I could just throw the belt away. Until we meet in our second singles match with one another, tranquilo! Assen na yo. 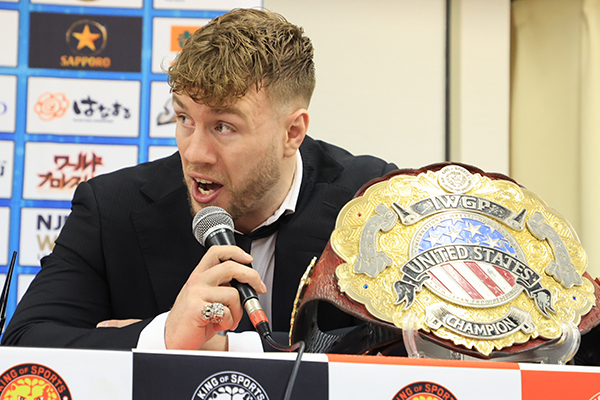 Naito, why does everything you touch turn to garbage? I don’t care what you say, you’re the reason we don’t have an Intercontinental Championship anymore. You treated it like garbage anyway. Then after you held the (IWGP Intercontinental and Heavyweight) championships together, your words were that you would defend them separately, and you didn’t at all. Now the office don’t have a braincell between them, so if you don’t defend them, they would think the Intercontinental title is worthless. That’s on you. By the time you tried to get it off (Kota) Ibushi, it was too little, too late.

That’s why you can’t win the US Championship, because you would turn it to trash. Now as far as me taking time off is concerned, I was having time off, I don’t need to justify that to you. You said in your comments that the office clearly had their favourite? If they do have their favourite and it does happen to be me, I’m not suprised. For everything they’ve given me, I’ve carried the weight, but everything with you, you break down. Your knees are broken down, your head’s broken, it’s only a matter of time before you’re out the door.

I get it, I was the one that ended your Tokyo Dome run. You think that you can take this (US title) and enter the Tokyo Dome with it, when the reality is, you’re being knocked down the rungs of the ladder of supremacy. Naito, I’m so excited to wrestle you tomorrow. I really am. I’m a big fan. But I’m the top star now. 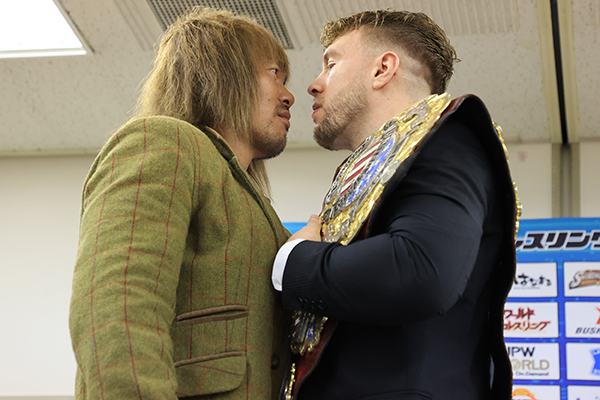