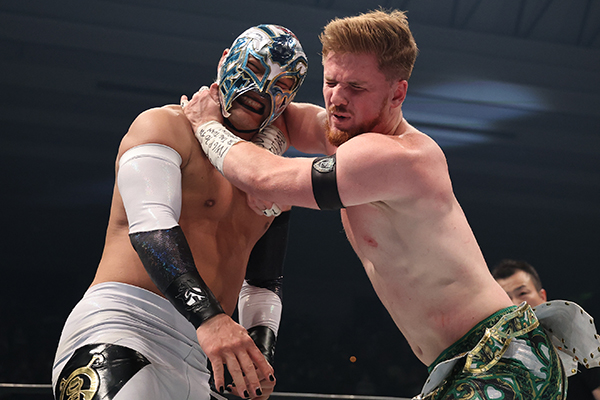 The opening bout at battle Autumn in Osaka on November 5 saw United Empire’s Francesco Akira and TJP face the challenge of Titan and BUSHI over the IWGP Junior Heavyweight Tag Team Championships. 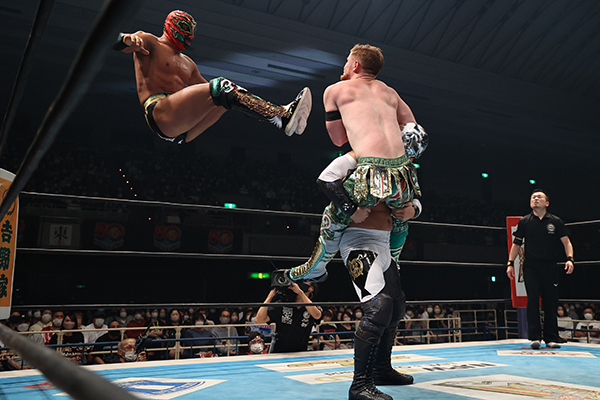 The challengers would set a high pace with stereo dives to the floor, but the champions would quickly recover from the early assault, TJP providing an assist for an Akira tope con giro. Innovative double team offense continued, and BUSHI would be separated from Titan in the corner until cutting off a Facewash attempt and then landing a double tijeras on both champions. 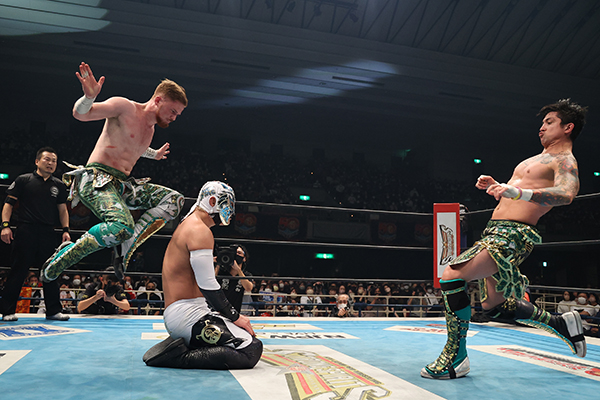 Titan would make the most of a hot tag and landed a picture perfect quebrada. A trademark tornado DDT followed for two, and even as Akira made a blind tag to get legal again, a double dropkick would bring BUSHI in. 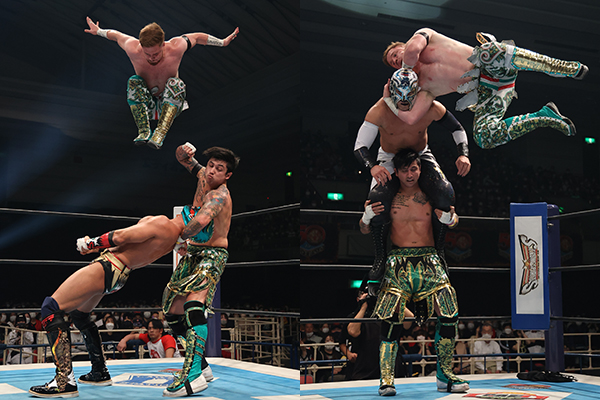 As all four men hit the ring, BUSHI went for a Codebreaker on Akira, only to see the Italian flip on to his feet. Akira used a double stomp to set up an Leaning Tower attempt, but Titan broke things up with a brutal double stomp onto TJP on the apron. With the Codebreaker from BUSHI hitting on its second attempt, the challengers wanted Angel Inmortal, but this time the Public Enemy broke things up. As the champions took over, the 2/2 landed on BUSHI, and after Titan was taken out of the equation, the Leaning Tower brought Catch 2/2 to V2. 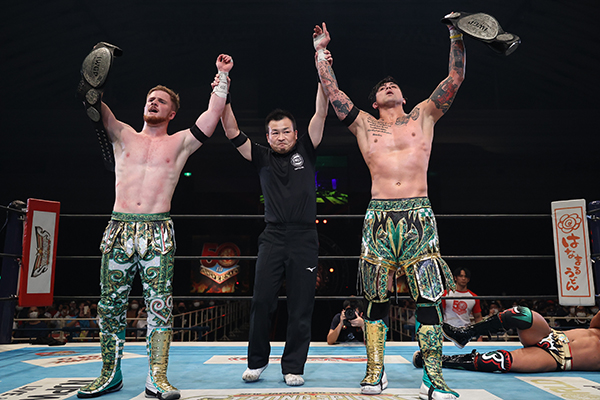