Another match set for the Tokyo Dome January 4

The finals of the NJPW World Television Championship tournament are set, after a pair of thrilling semifinals in Osaka on November 5saw Zack Sabre Jr. and Ren Narita advance to a Wrestle Kingdom 17 showdown. 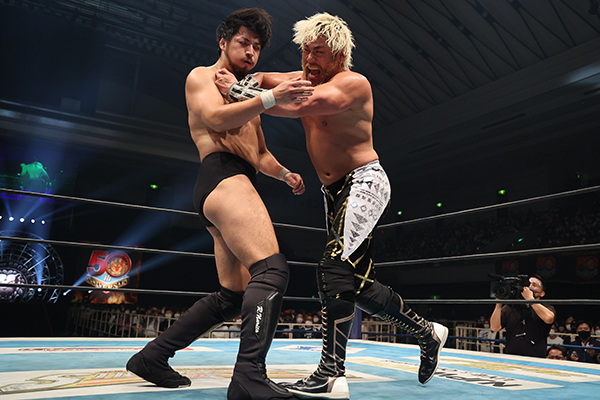 Narita faced SANADA in the first semifinal of the night. In the face of the impetuous Narita, SANADA would try and slow the young man down, grappling him to the mat and then putting him in the Oaradise Lock. The humiliation enraged Narita, who brought the match outside, where he was the victim of a rare fury from Cold Skull; a Piledriver on the floor saw Narita almost counted out. 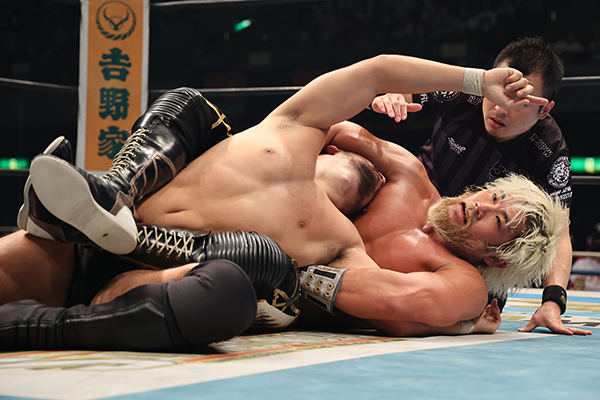 SANADA dictated the pace until Narita escaped a back suplex and found a Cobra Twist. The match going back to where it started, a grappling exchange saw SANADA try for Skull End, eventually getting there after an O’Connor Roll. 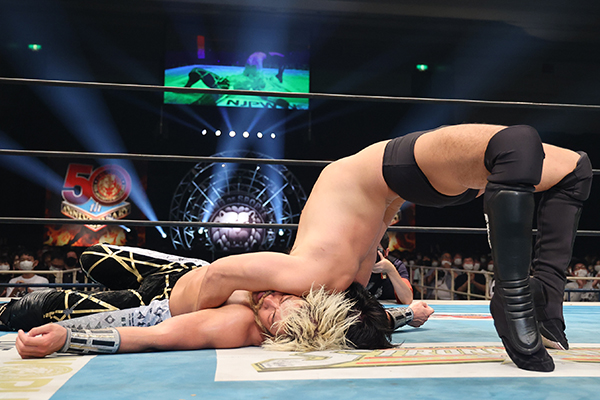 As SANADA went to follow with a Moonsault, he was met by Narita’s knees, and the Son of Strong Style almost picked up the win with his oponent’s own O’Connor Bridge. With time running out and the fans behind both men, SANADA’s own bridge was countered one way and another, and after vicious strikes, the Narita Special #4 saw the youngster victorious. 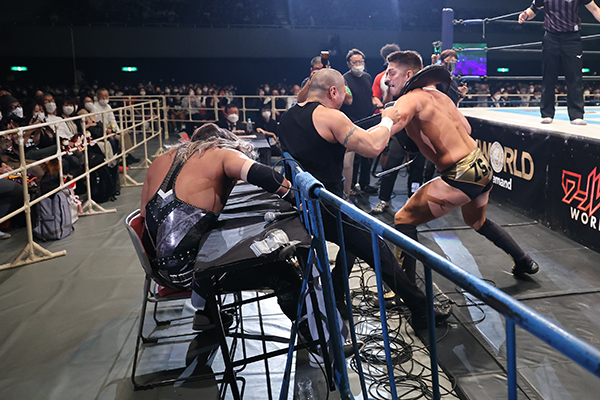 Narita will be met by Zack Sabre Jr in the Tokyo Dome at Wrestle Kingdom 17, who started nice again proved to have the mental advantage over EVIL in the other semifinal.

Sabre’s plan had clearly been to use Kosei Fujita to his advantage as he had during the G1, but the Sabre tracksuit clad Young Lion was assaulted and dragged to the ring by Dick Togo and EVIL. Yet the HOUSE OF TORTURE members had not counted on ZSJ also recruiting Ryohei Oiwa, who drew Dick Togo out to the ramp, while Sabre himself took to the King of Darkness in the ring. 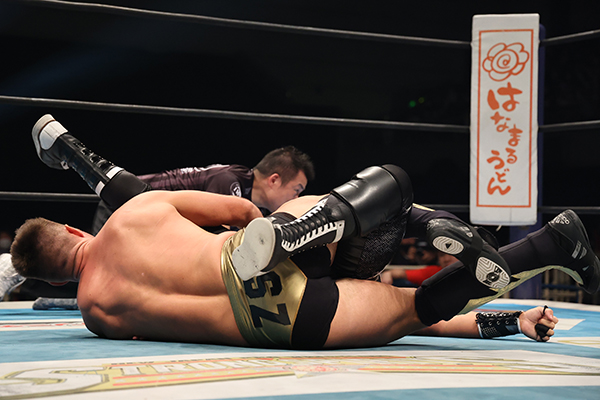 EVIL and Togo would turn the tables on the Anglo Japanese connection, but an attempt at a home run chair swing was defused by Sabre, who sent Togo into the King of Darkness at the timekeeper’s table. As both got back inside, the Young Lions intervened to stop Togo being involved, and EVIL would be countered into a ground Cobra for the win. 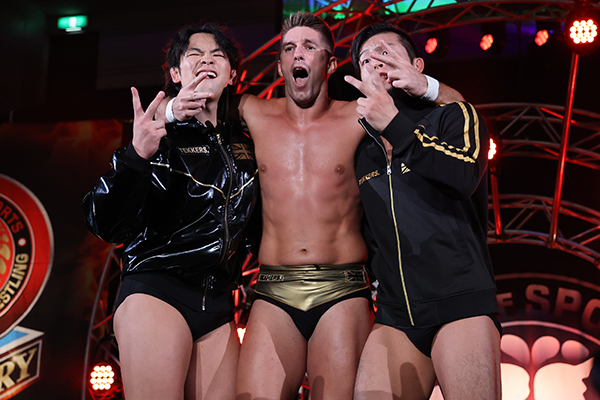