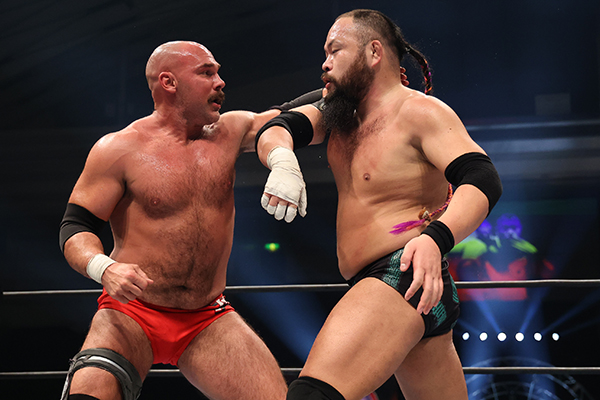 The semi main event in Osaka on November 5 saw the IWGP Tag Team Championships defended, the FTR combination of Dax Harwood and Cash Wheeler meeting the challenge of Jeff Cobb and Great-O-Khan. 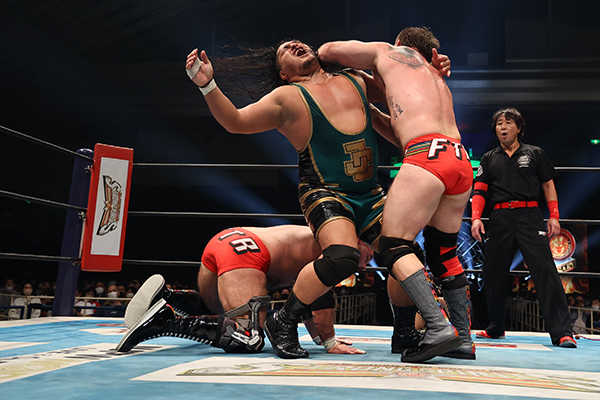 Cobb and Wheeler started the bout, Wheeler getting a head scissors take over before tags on both ends. O-Khan and Harwood would stand in contrast to Cash and Cobb’s early grappling though, and hard strikes would be punctuated by a pair of suplexes before the tag champions kept O-Khan in their corner. O-Khan would gain an advantage though, using his ceremonial braid to choke at Harwood before he and Cobb gained the upper hand outside the ring. 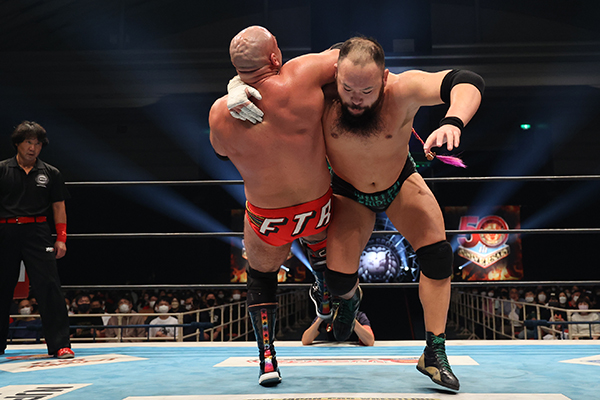 Dax was trapped with the United Empire in full control for an extended period. Even as Harwood would gain some time with a stiff Dragon Screw and a dropkick to the knee on Cobb, O-Khan would be there to make the assist and time and again, the hot tag was denied Harwood until a short snap DDT saw a much awaited tag.

Wheeler brought speed and strength to Cobb, managing an impressive German suplex before a second rope dropkick, and a double team bulldog scored. O-Khan played effective support as he launched Cash with a suplex, and pulled Cobb to the corner to tag in though, and he and Dax entered a gritty exchange, neither man refusing to go down to a series of strikes before an STO from the Dominator. 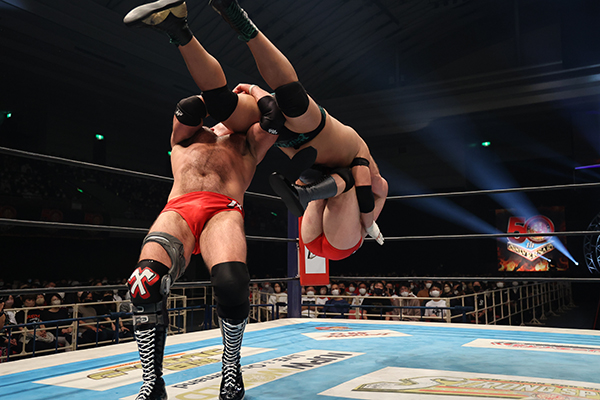 As Cash sent Cobb over the guardrail outside, O-Khan landed a clashing lariat to Dax, but found himself harried into the champions’ corner, where the Power and Glory led to two. Cobb broke up the pinfall attempt, but would fall victim to a swinging DDT; as O-Khan was left alone he got a near two on Wheeler with a TTD, but the Eliminator was denied and the Big Rig scored to secure an FTR win. 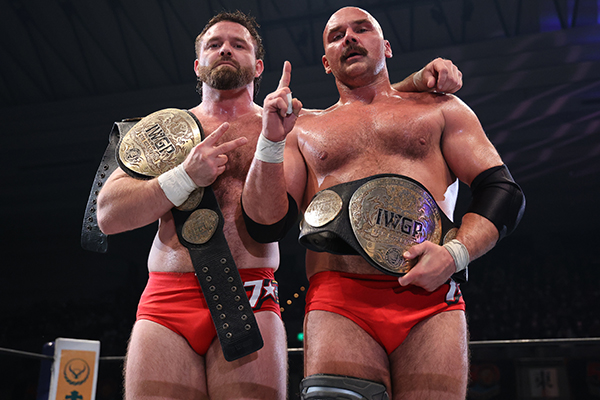