Ospreay victorious in Naito spectacle over US gold

Battle Autumn in Osaka on November 5 was headlined by a stunning bout between Tetsuya Naito and Will Ospreay over the IWGP United States Championship, Ospreay seeking his third defence of the US title and second singles win over El Ingobernable in 2022. 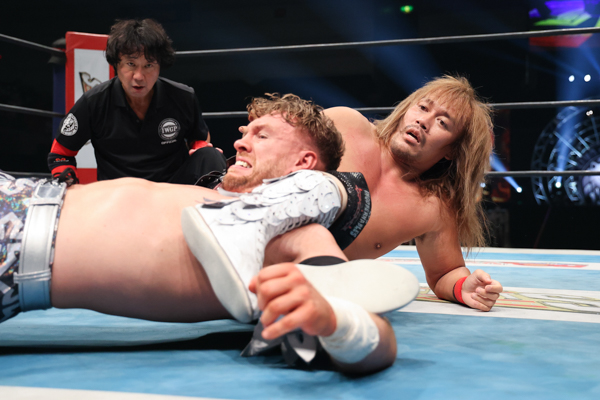 Things did not go as Ospreay had intended from jump, heavy forearms, and then a hip toss across the knee from Naito creating a neck issue that lingered with the champion throughout the 30 minute main event. Naito would rarely deviate from that knee, and Ospreay was rarely anywhere other than on the back foot, still driving with a chop off of the top turnbuckle to the floor. In brief early control, Ospreay would go to the back of Naito, but the challenger would fire back with a one legged dropkick put the challenger back in the driver’s seat. 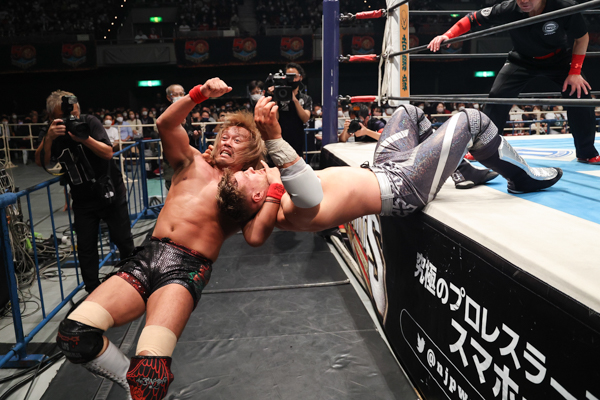 On a second attempt, Naito landed his corner combination, this time to the back of the head and neck of Ospreay. Following through, Naito landed a huge top rope hangman’s neckbreaker before applying his signature double leg full Nelson. With neck badly affecting Ospreay, there was little on the elbows of the champion as he tried to mount a comeback, but the lower body still worked effectively, and an enzuigiri and springboard elbow helped him to a nearfall. 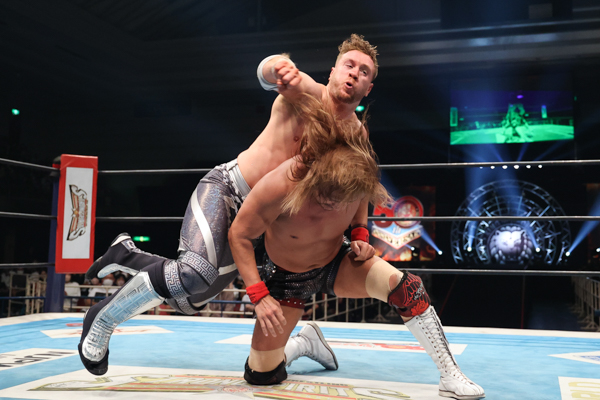 Still every time, Naito would have an answer. As the match went again to the ringside area, Naito sent the champion to the outside with a splat as he connected with a vicious neckbreaker; a second over the guardrail was prevented with an OsCutter on the floor. Yet Naito was still in control, and held the wrist of the champion as he buried elbows to the neck. 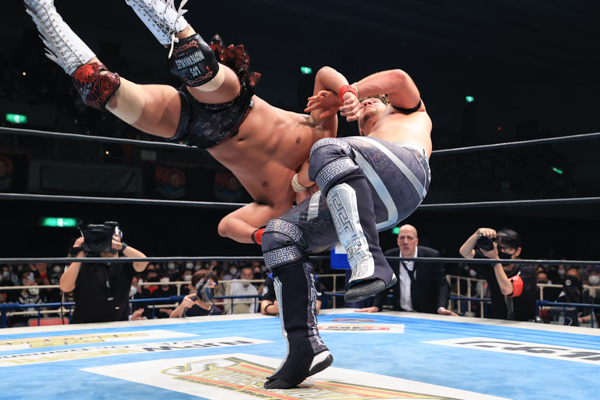 That control slipped at the 25 minute mark. A poison rana from the top rope saw Ospreay flip back to his feet and deliver a desperation OsCutter for two. That same desperation and will to win drove the champion to a Liger Bomb counter to the Destino, but Esperanza landed flush for the challenger, and Naito followed with a running Destino. The crowd stomped their feet and roared despite themselves as Ospreay kicked out of the move, and a second Destino counter to the Stormbreaker; two Hidden Blades and the Stormbreaker later and Ospreay was victorious in another thriller on a stunning 2022 campaign. 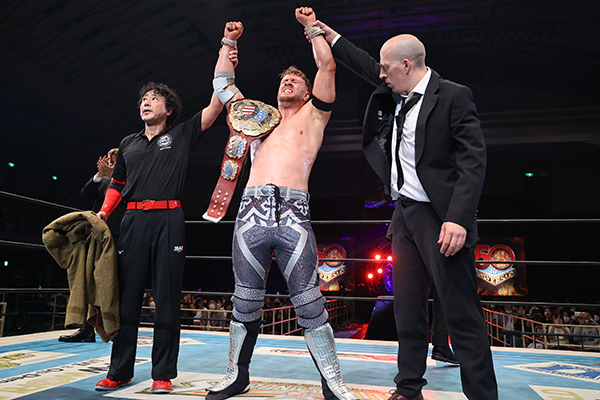