The second night of the Super Junior Tag League sees the tournament head to Tachikawa in Tokyo. Five more league matches will see the battle for duo supremacy continue. 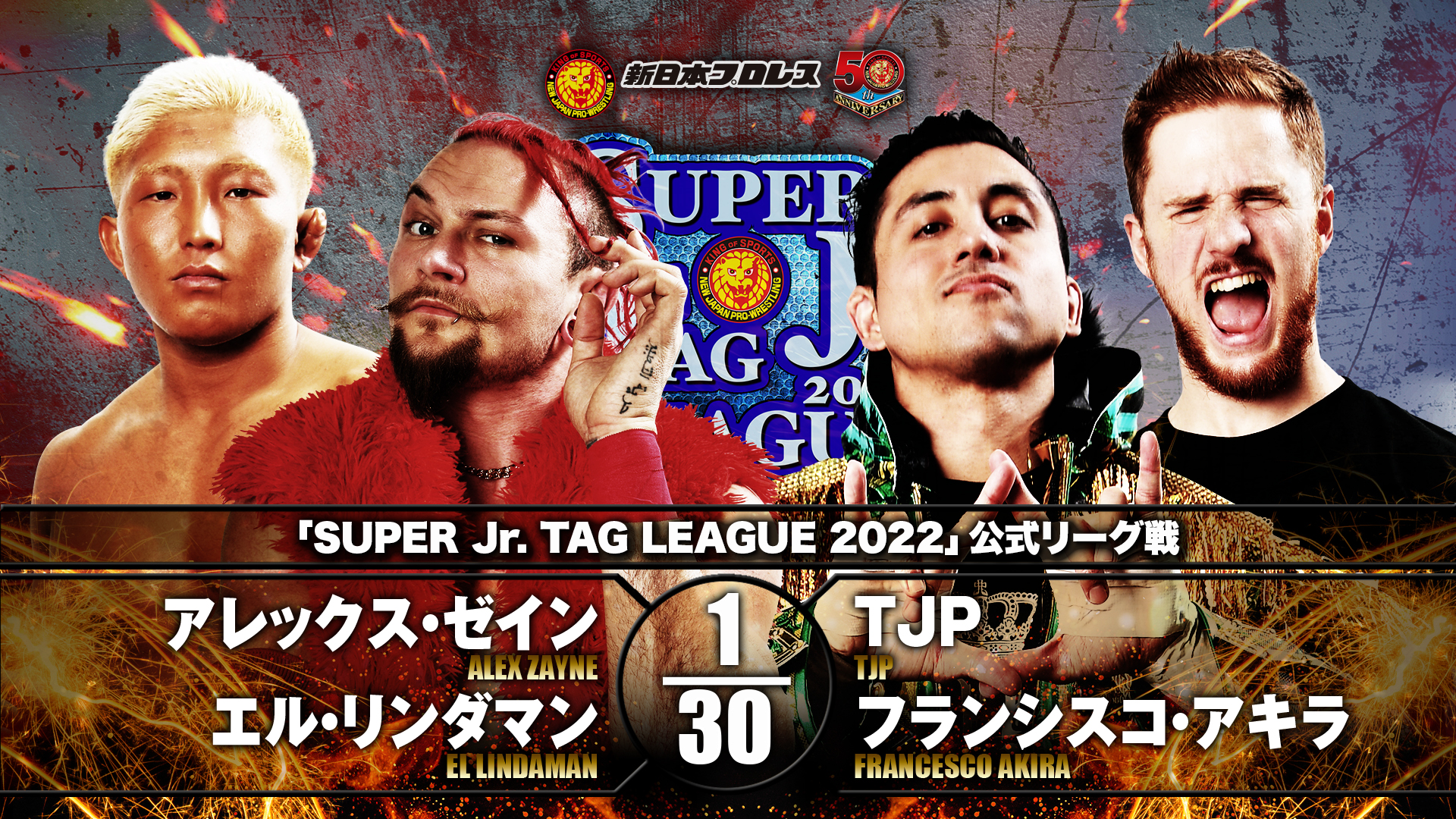 The main event of the evening will see Alex Zayne and El Lindaman taking on the IWGP Junior Heavyweight Tag Team Champions Francesco Akira and TJP. While this is the first time the two have faced off in a tag scenario, Zayne and Lindaman do hold two singles victories over their opponents tonight, earned during Best of the Super Jr. earlier this year. Should they replicate that success tonight, they’ll move to four points, while the champs will be handed their first ever loss as a team. 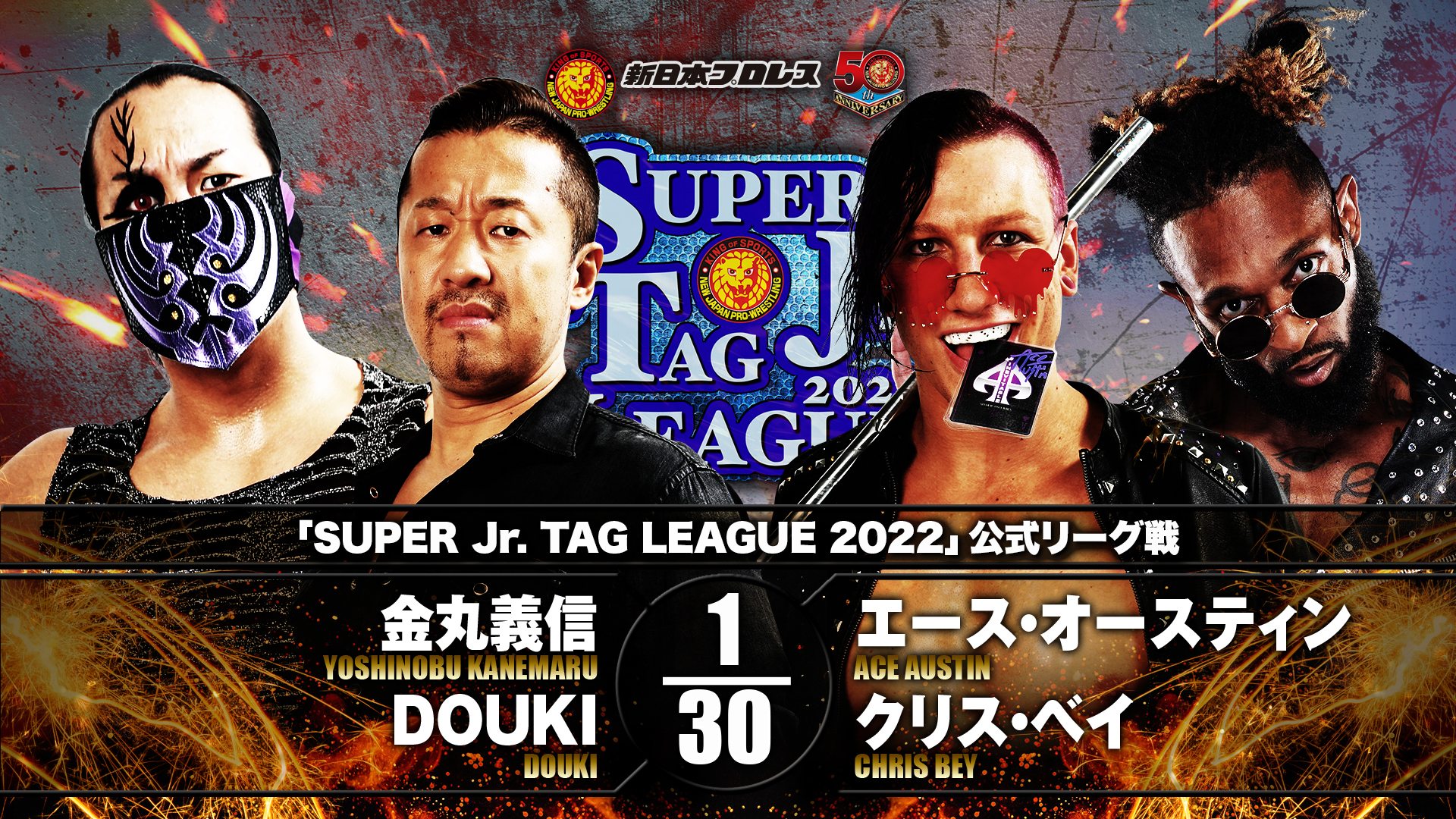 Korakuen Hall’s series opener on Monday saw Yoshinobu Kanemaru and DOUKI defeated by the steel buttocks and iron wills of Clark Connors and Ryusuke Taguchi. Meanwhile IMPACT’s Ace Austin and Chris Bey emerged victorious with an impactful start against Titan and BUSHI. Back in May, Austin was victorious over Heel master Kanemaru; can that singles success be repeated with Bey against Kanemaru and DOUKI? 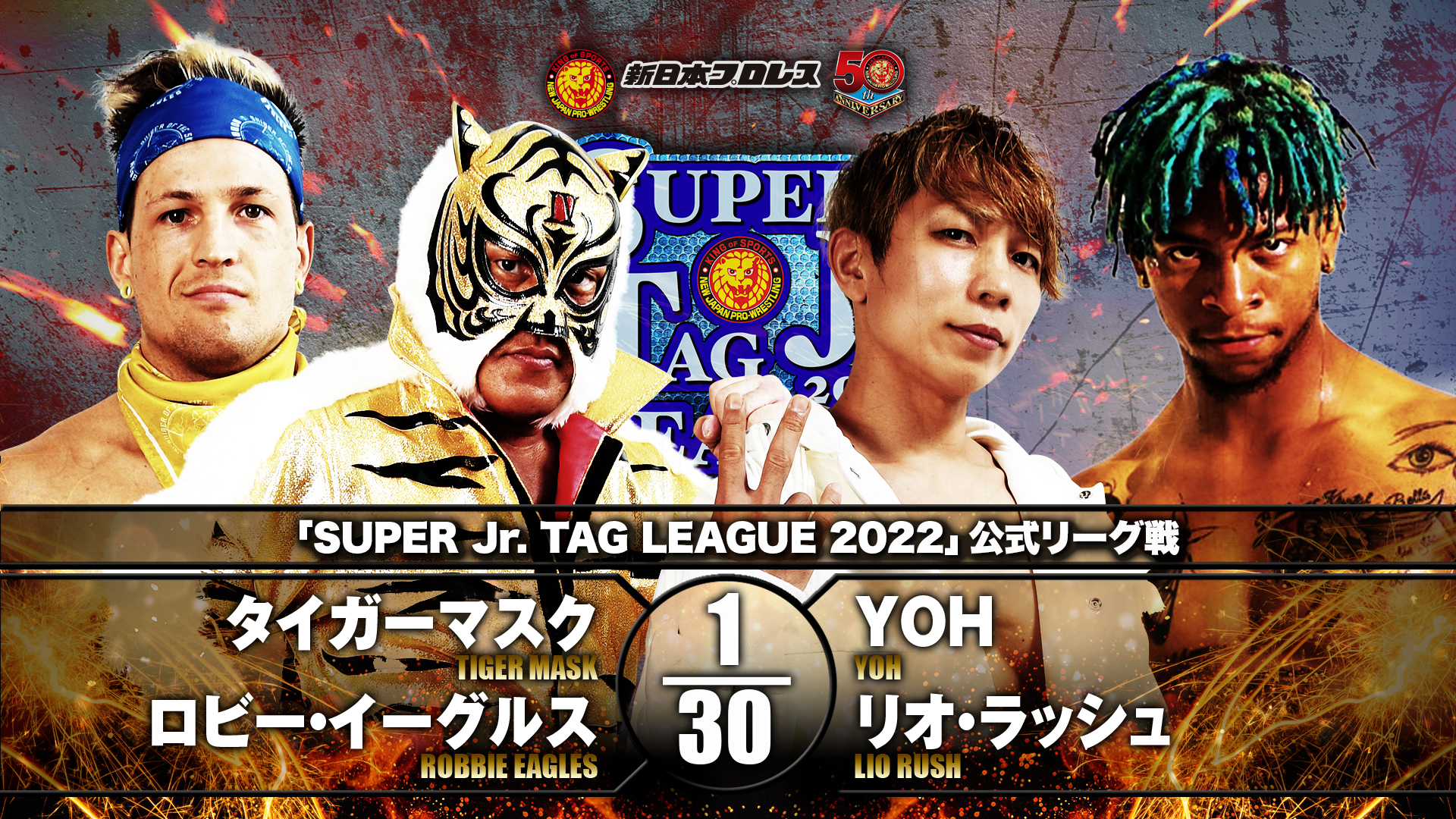 Lio Rush and YOH made their debut as a team together in a high pressure spot, main eventing the first night of the Super Junior Tag League. Pressure notwithstanding, the duo showed just how effective they could be, before just barely falling short against junior tag champions TJP and Francesco Akira. Tonight they face a former champion side in Robbie Eagles and Tiger Mask; can Flying Tiger stay perfect? 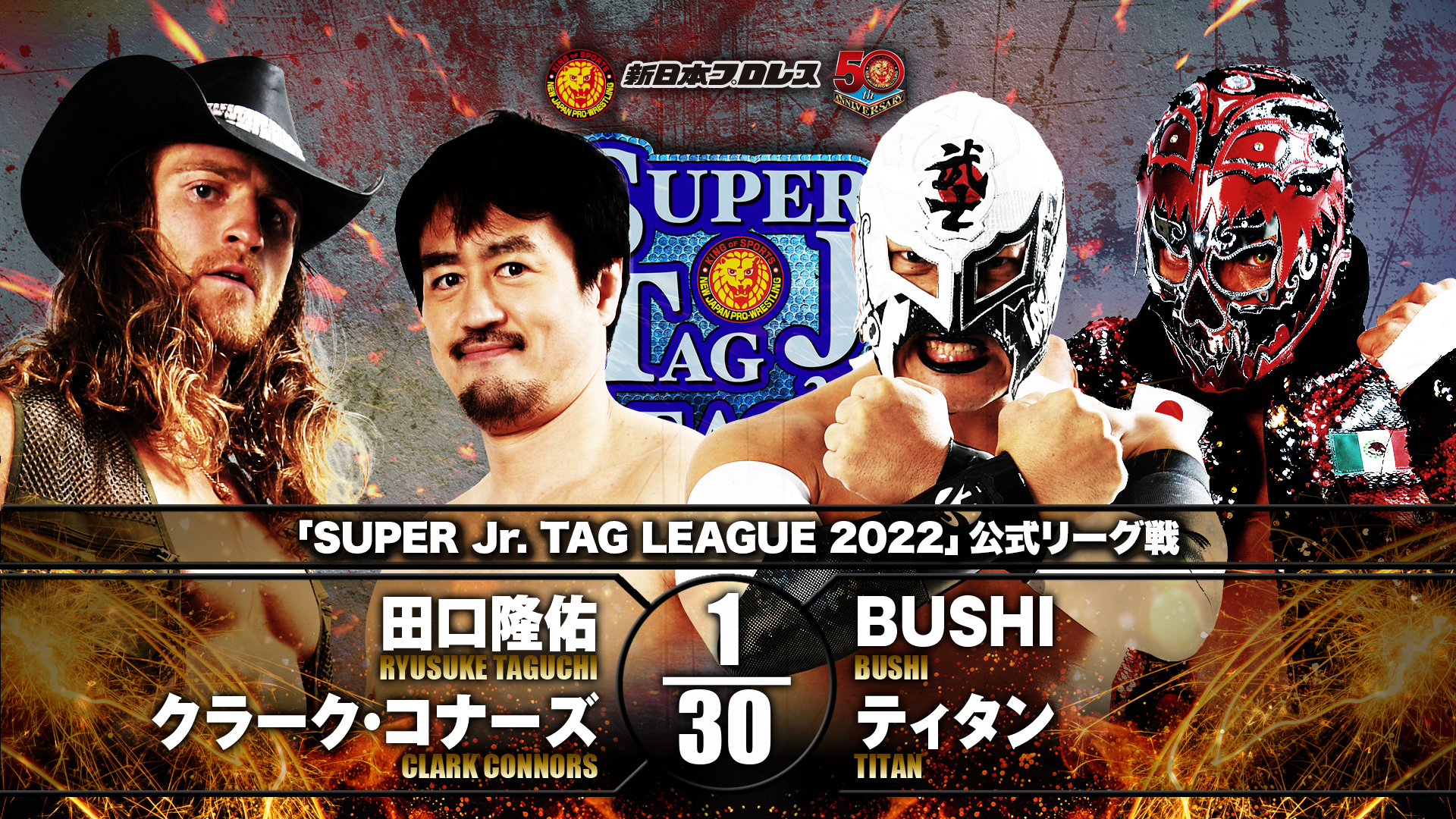 Going from IWGP Junior Tag Team Champions Catch 2/2 on November 5 in Osaka straight to IMPACT’s much lauded combo of Chris Bey and Ace Austin to kick off the tag league on November 21, Titan and BUSHI have been handed some difficult fixtures in quick succession. The Wild Hips duo of Clark Connors and Ryusuke Taguchi presents a very different, but no less difficult challenge. The power of Clark Connors and the educated cheeks of Ryusuke Taguchi were victorious in their first league match, and want to go 2-0 tonight. 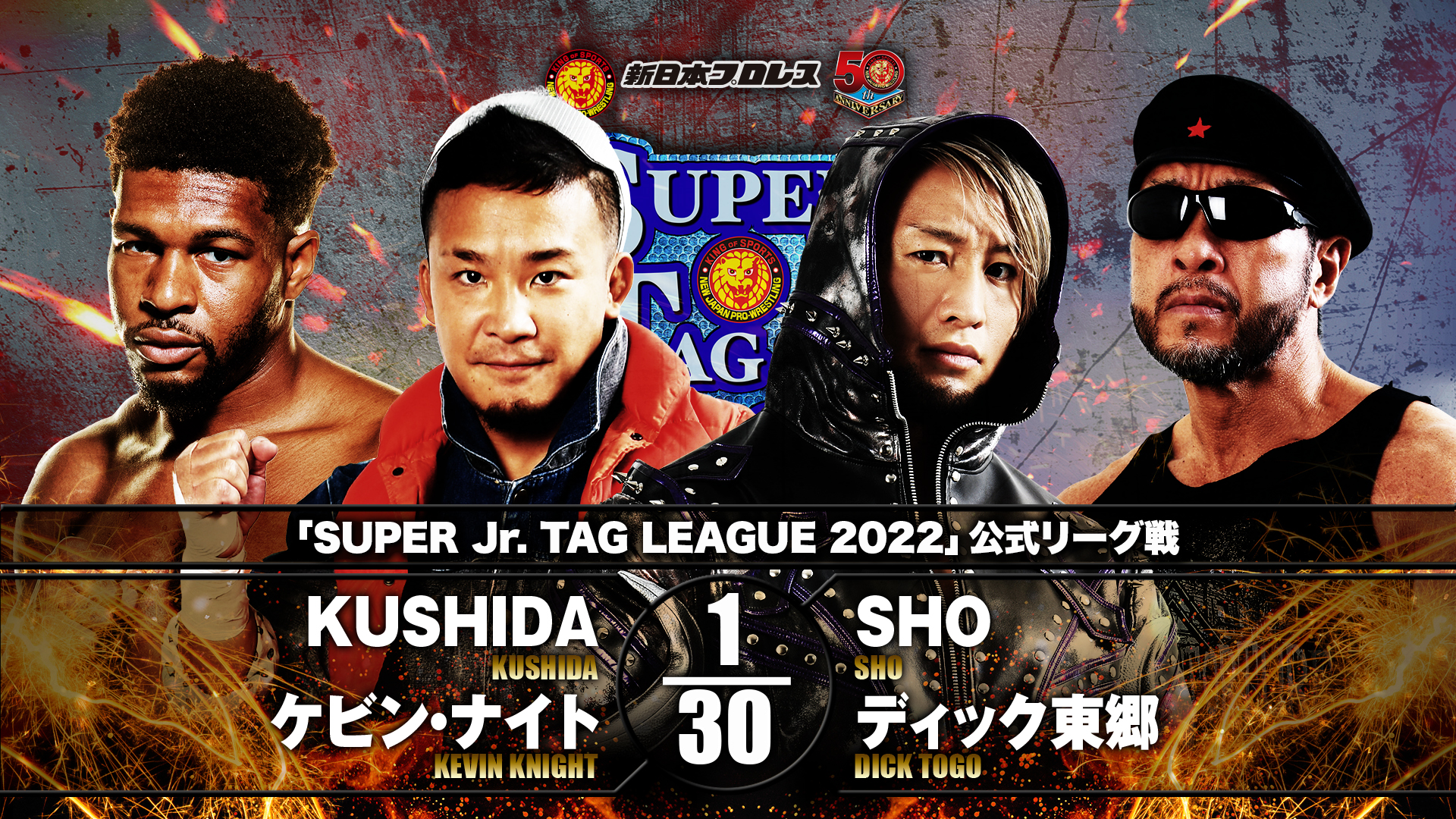 The combination of Kevin Knight and KUSHIDA seek to build on a spirited, if unsuccessful opening night effort against Alex Zayne and El Lindaman against Dick Togo and SHO. KUSHIDA will get his hands on Togo for only the second time in their respective careers, and the first time since way back in 2009, while Kevin Knight will have his will, and doubtless his patience tried in his first matchup against a HOUSE OF TORTURE team. 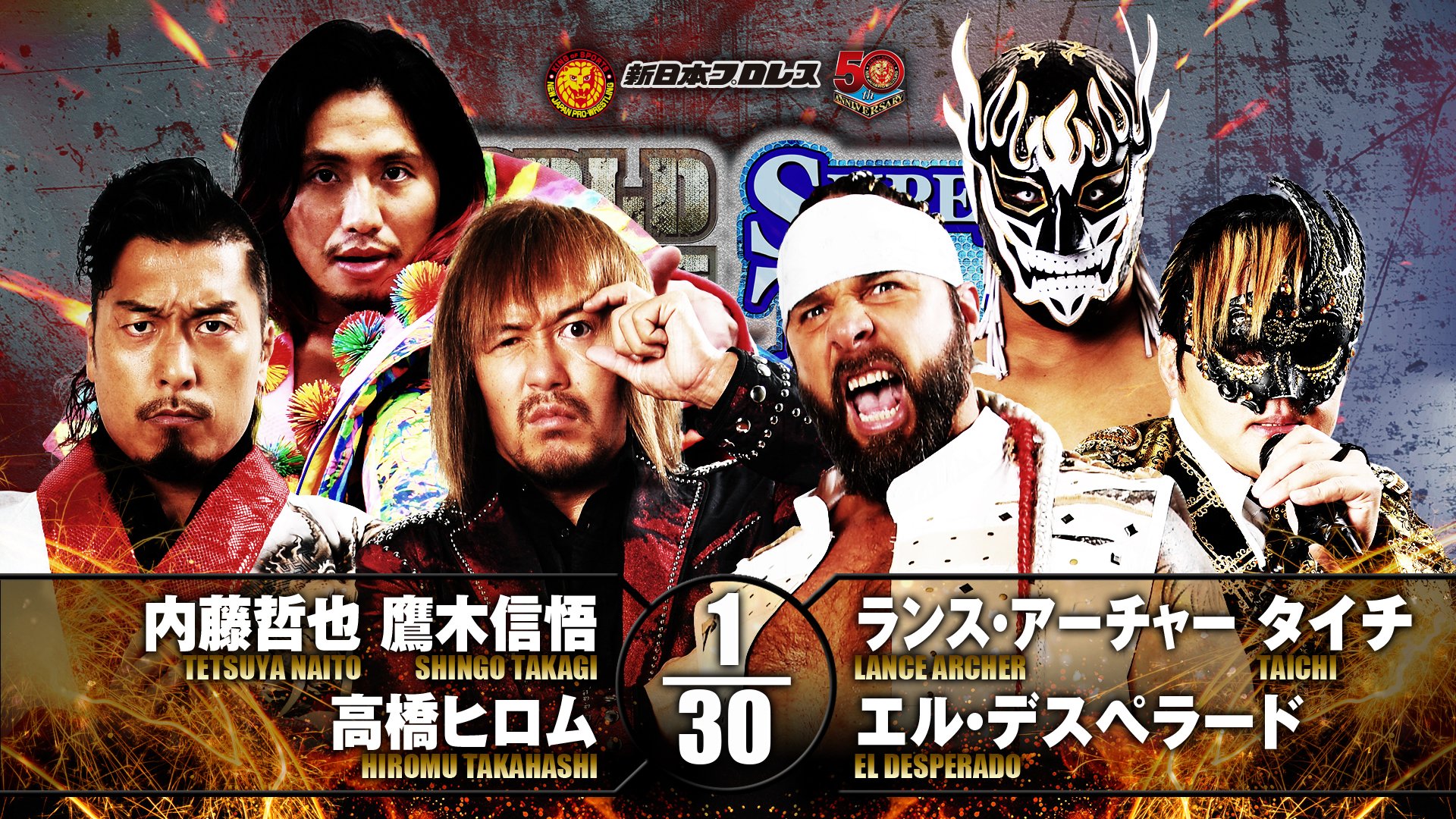 As Shingo Takagi and Taichi continue on a KOPW collision course, Taichi now has a December 19 date and a hometown crowd in TAKATaichi Yoyogi in place for his last shot before the title is renewed for 2023. As the two continue to battle, Lance Archer is added to an increasingly violent mix this Wednesday. 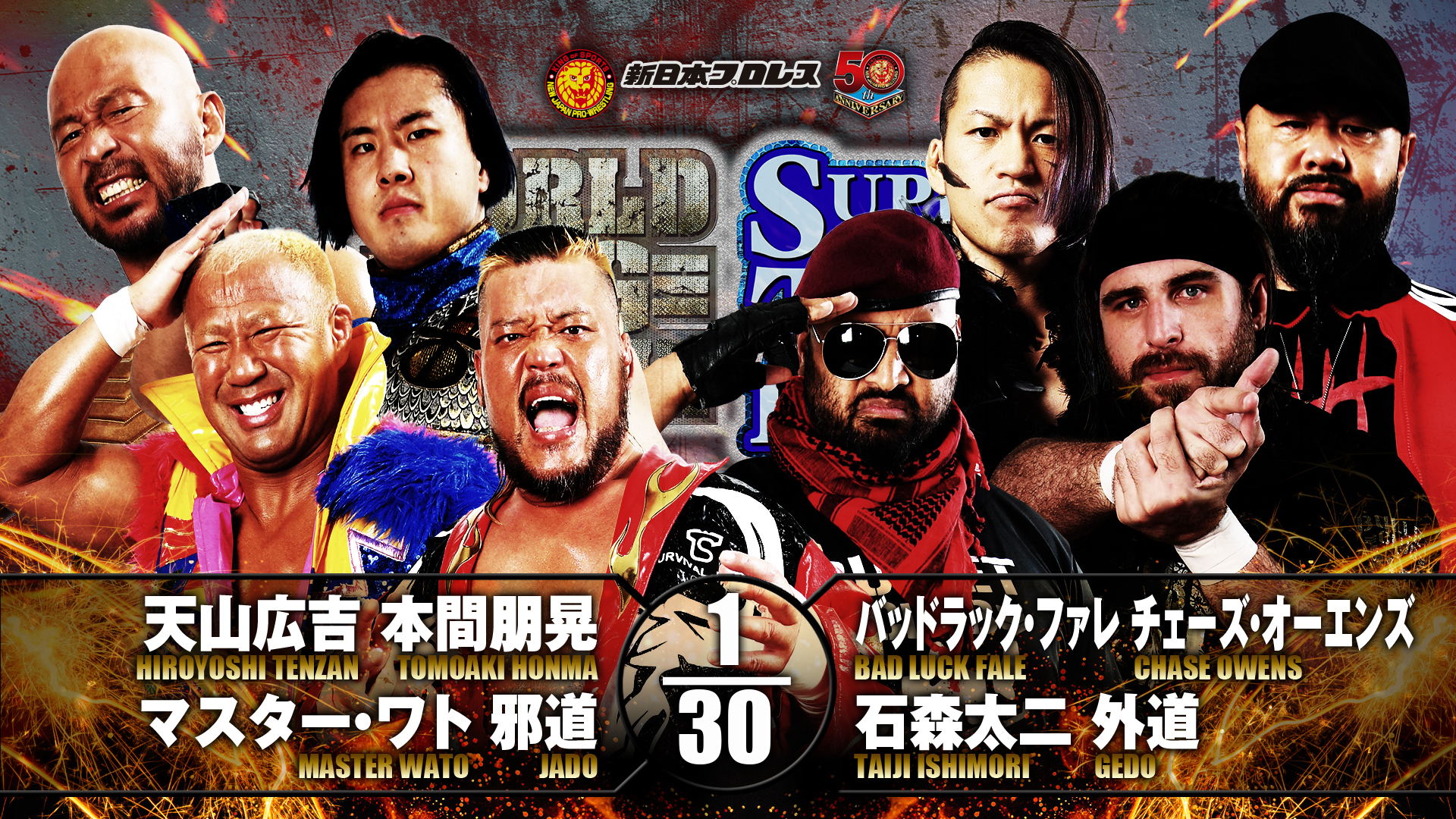 Master Wato will face off against IWGP Junior Heavyweight Champion Taiji Ishimori in Tachikawa. In just six weeks’ time, the two will be half of a four way for Ishimori’s gold, along with Hiromu Takahashi and El Desperado, and the two will be the focal point of this eight man clash. 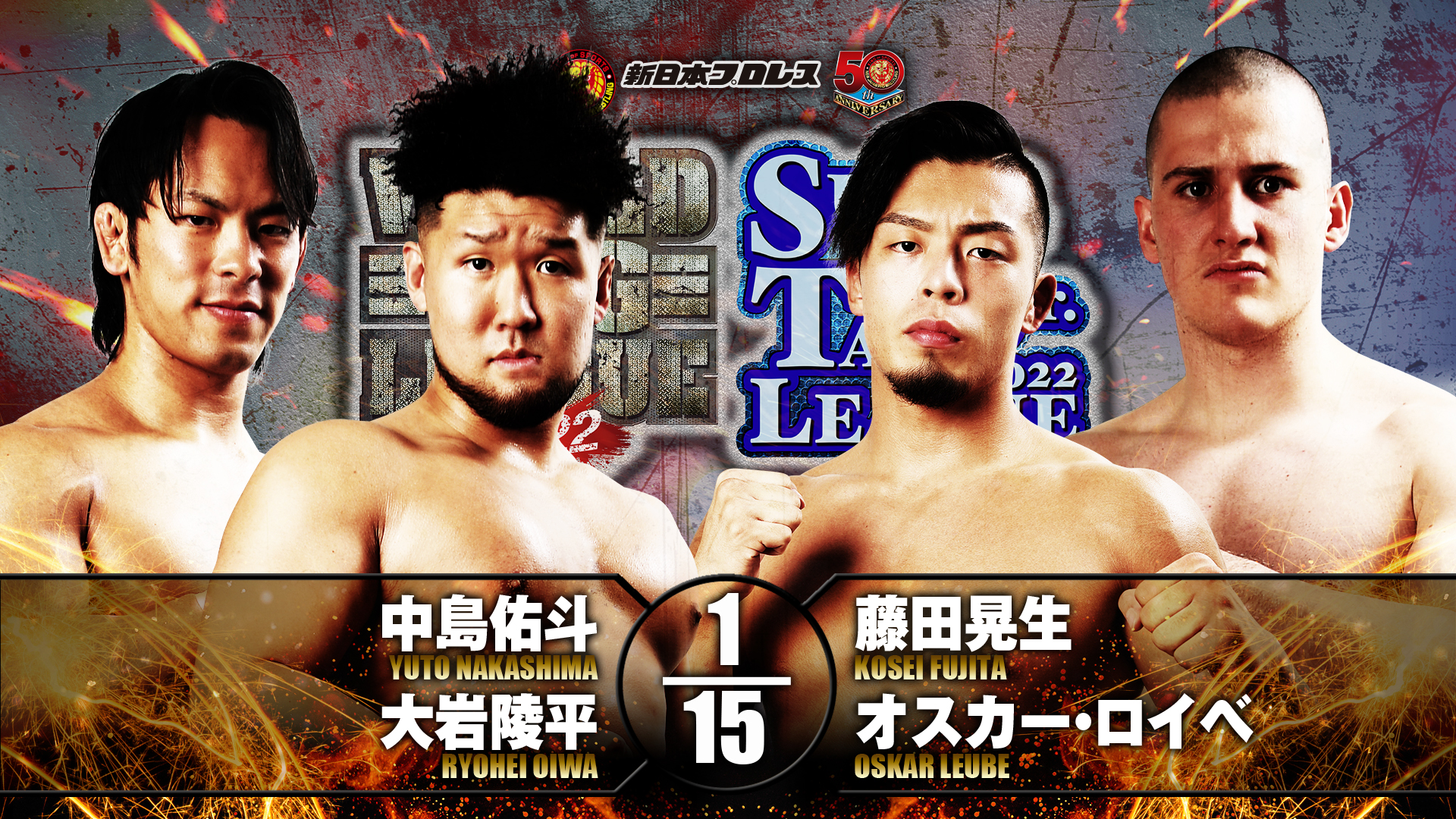 Young Lions will do tag team battle in the opening match of the evening. After Yuto Nakashima was in a pair of singles contests to start the tour, how will he fare teaming with a man in Leube he knows from his New Zealand Dojo days?