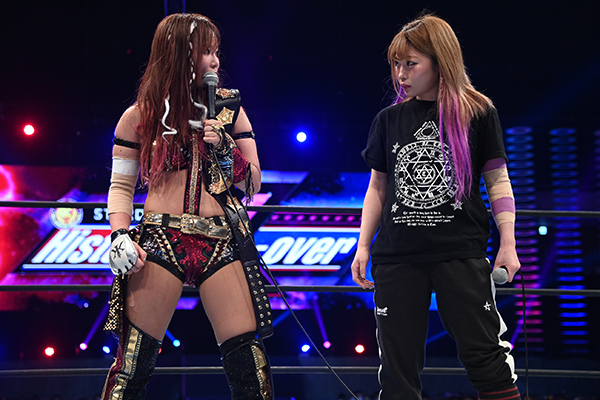 Order the Historic X-Over replay now!
An intense and emotional war to become the first ever IWGP Women’s Champion November 20 at Ariake Arena ended with KAIRI victorious, but with her work just beginning. 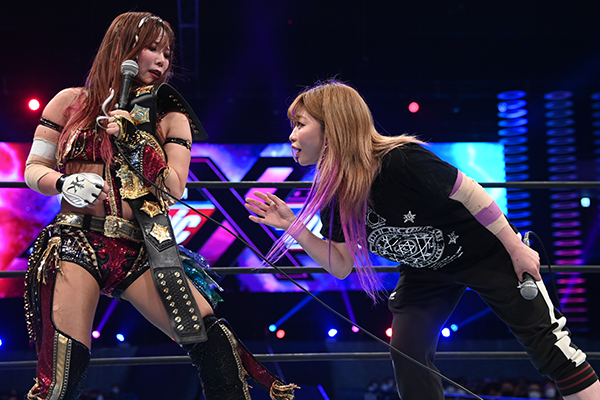 As KAIRI spoke of the life and emotion that is wrapped in the brand new title, the ‘World Travelled Pirate Princess’ asked who would be her opponent for the Tokyo Dome. It was Cosmic Angels’ Tam Nakano answering the call; though a spritely spring was in the step of the ‘Cutest in the Cosmos’, victorious in mixed tag action earlier in the evening, there was a clear threatening tone to her challenge. After declaring she would be the one to ‘steal’ the title from KAIRI, Tam promised a ‘special kind of hell’ for her prospective opponent. 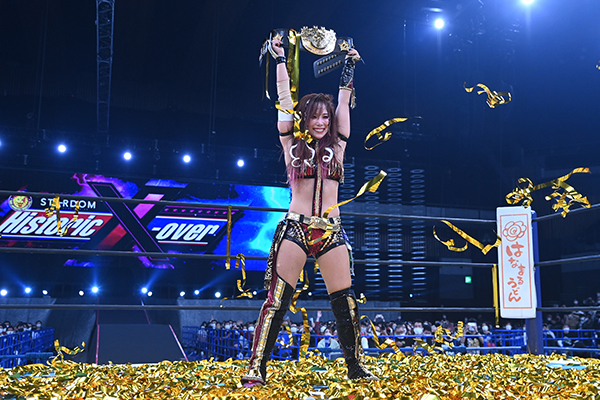 KAIRI was fast to accept the challenge, showing admiration for Tam’s heart in spite of the cute exterior. KAIRI and Nakano seems set to the another big addition to an increasingly loaded January 4 lineup.
NEXT：Mixed tags lead to...