This week on NJPW STRONG, it’s an incredible first time ever singles match and a loaded main event to wrap up the Showdown series! 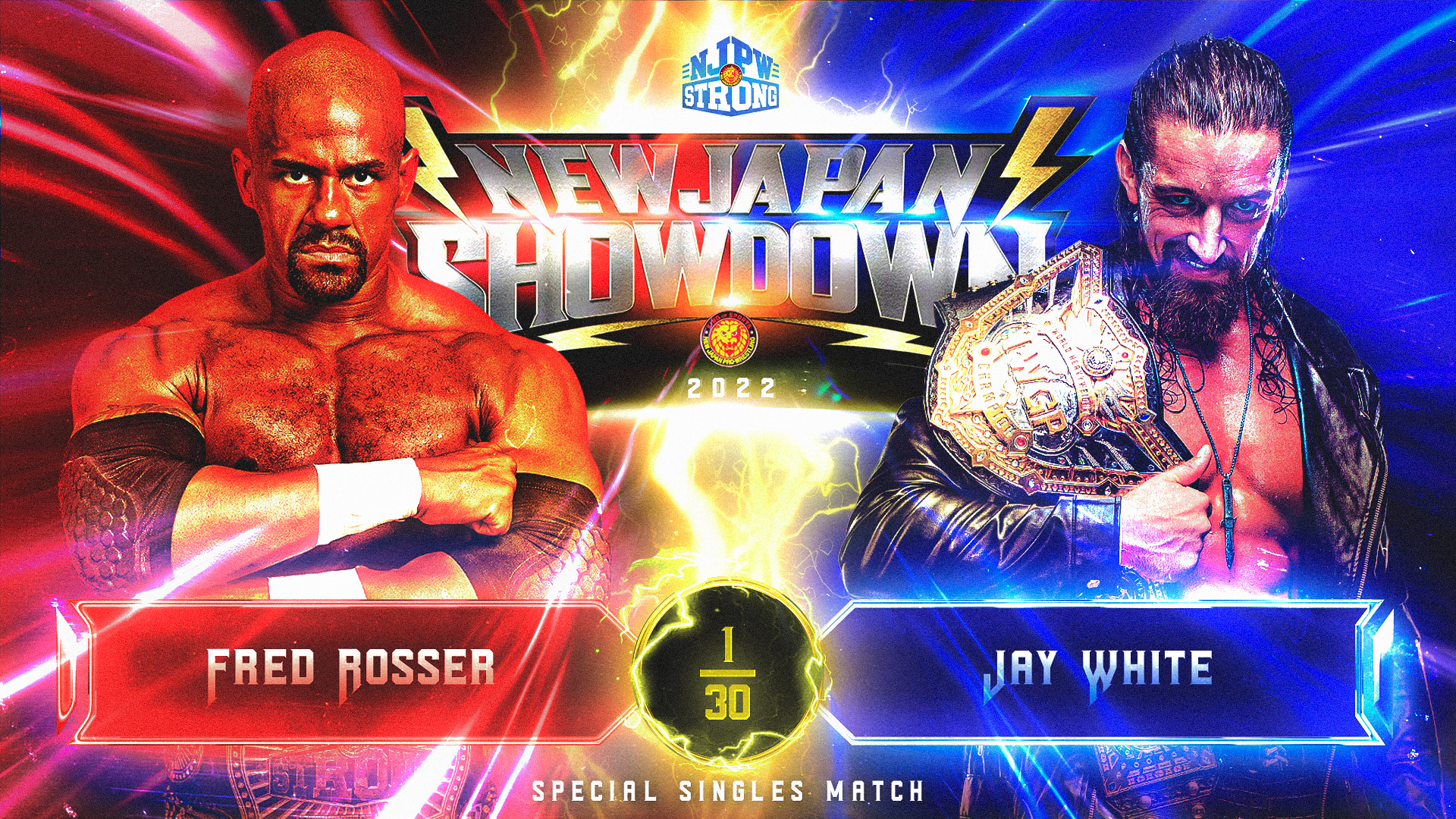 As the flagship event of the year approaches, Jay White is preparing for his January 4 main event with Kazuchika Okada at Wrestle Kingdom 17. Yet Rosser has been working tirelessly to prove that NJPW STRONG deserves just as grand a stage. In this main event match of the Showdown series, Mr. No Days Off will be fighting to prove that he has the measure of the Switchblade in the ring as well. 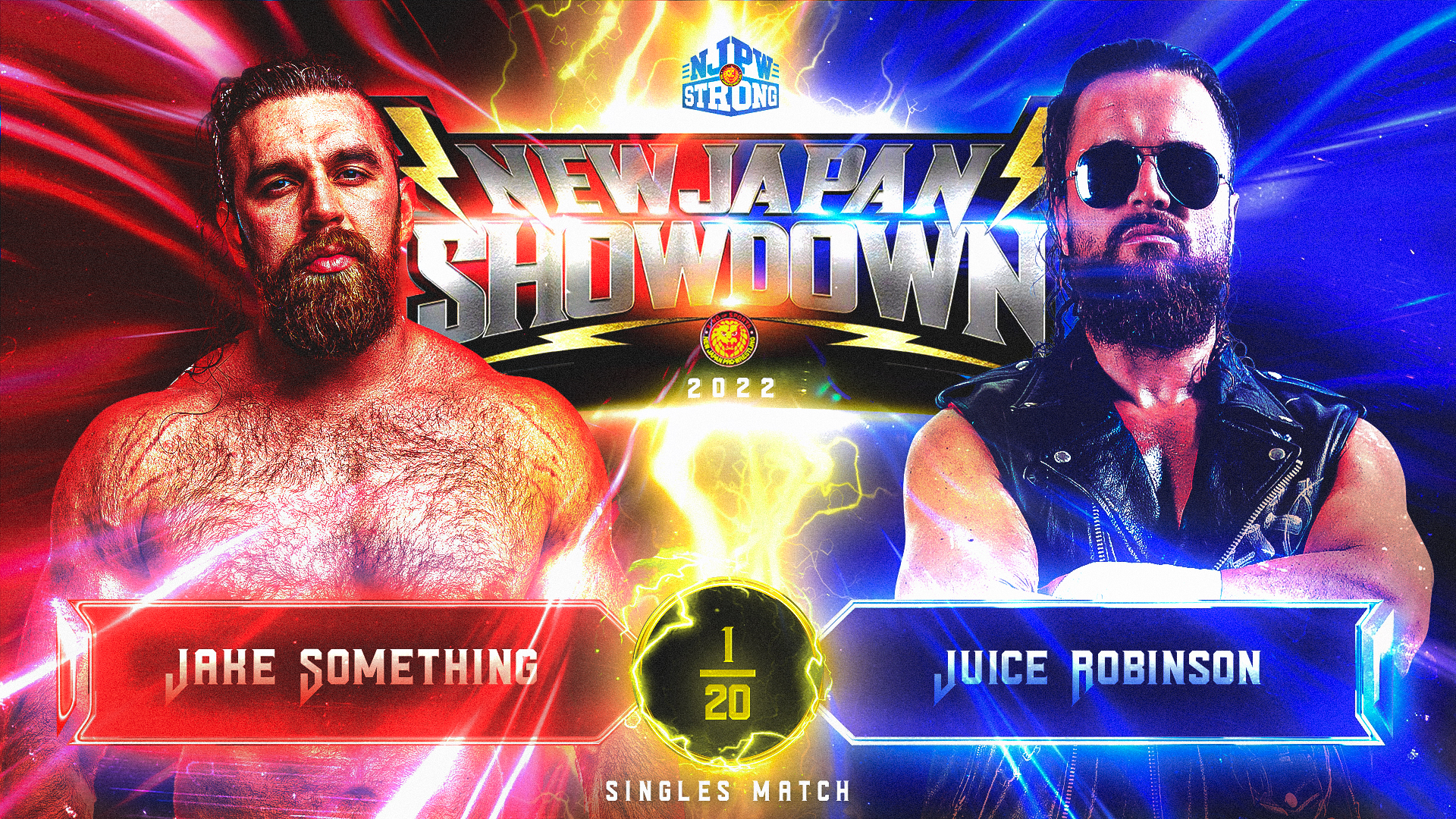 Rock Hard Juice Robinson has had a rocky 2022; one that started in NJPW STRONG before a return to Japan and defection to BULLET CLUB. That defection brought him the IWGP United States Championship, but only briefly; after a controversial vacancy in the title lineage, Robinson couldn’t find a rhythm in the G1 and was facing a downturn. Yet Rumble on 44th Street saw Rock Hard rise again, half of an impressive victory alongside Jay White against Eddie Kingston and Kazuchika Okada. Now he seeks to keep that momentum going toward the end of the year as he faces Jake Something, for whom the only thing missing has been success on STRONG of late. 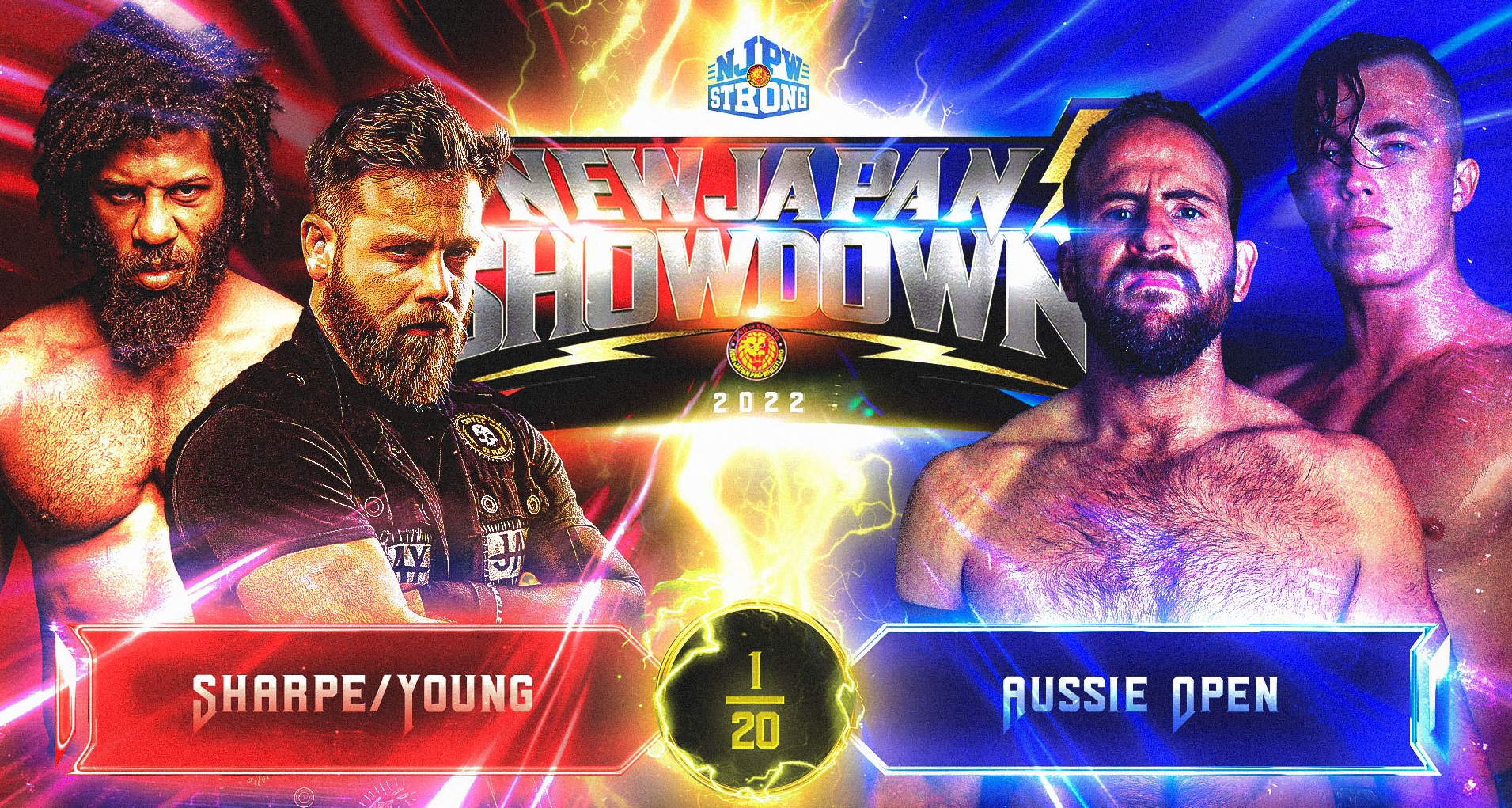 With World tag League getting underway, Aussie Open have been getting the chance to show Japan what STRONG viewers have known since the summer. Yet their tag team dominance on STRONG came to an end at Rumble on 44th Street, when the Motor City machineguns seized the STRONG Openweight Tag Team Championships. Aussie Open aren’t just satisfied with the IWGP Tag Team Championship shot that comes with the World Tag League trophies; they’ll be looking to earn back the STRONG straps as well, and will keep their hand in tonight against J.A.Y and Greg Sharpe.