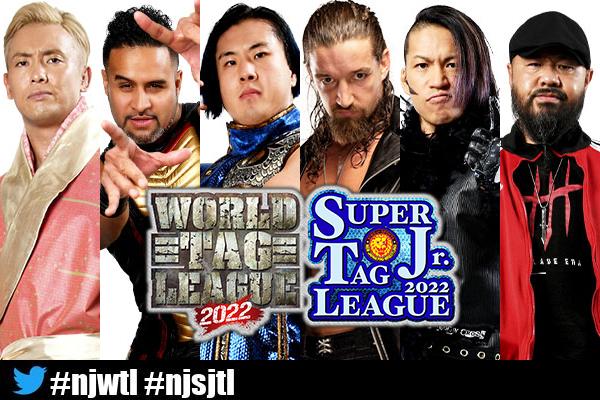 The cards are looking increasingly stacked for the World and Super Junior Tag Leaguie finals in Sendai December 14. Not only will both leagues see their top two teams fight it out to win prestigious trophies and likely paths to Wrestle Kingdom 17, but Karl Anderson will defend the NEVER Openweight Championship against Hikuleo, and, freshly added, Jay White and Kazuchika Okada will square off ahead of their IWGP World Heavyweight Championship battle in the Tokyo Dome.

After White vs Okada was made official in the wake of Declaration of Power in October, champion and challenger turned their sights to New York, where Rumble on 44th Street saw the Rainmaker delivered a pair of crushing losses at the hands of the Switchblade. Yet November 5 and Battle Autumn saw Okada, with Tama Tonga at his side, gain some ground against Jay. As the champion headed to NJPW STRONG for November and December tapings, December 14 will be the first time the two have locked horns in over five weeks, and with just three more to go before Wrestle Kingdom 17, the pressure will be on for both men to make a definitive statement in Sendai.

With Master Wato and Taiji Ishimori also in the mix ahead of the IWGP Junior Heavyweight four way on January 4, and the ever combustible Tama tonga and Gedo in the fold as well, this six man bout is just another reason to tune into the action from Sendai Sun Plaza December 14!