Saturday night sees the Detonation series get started, with the Vermont Hollywood seeing a spectacular lucha tag battle, and a pair of heated singles contests. 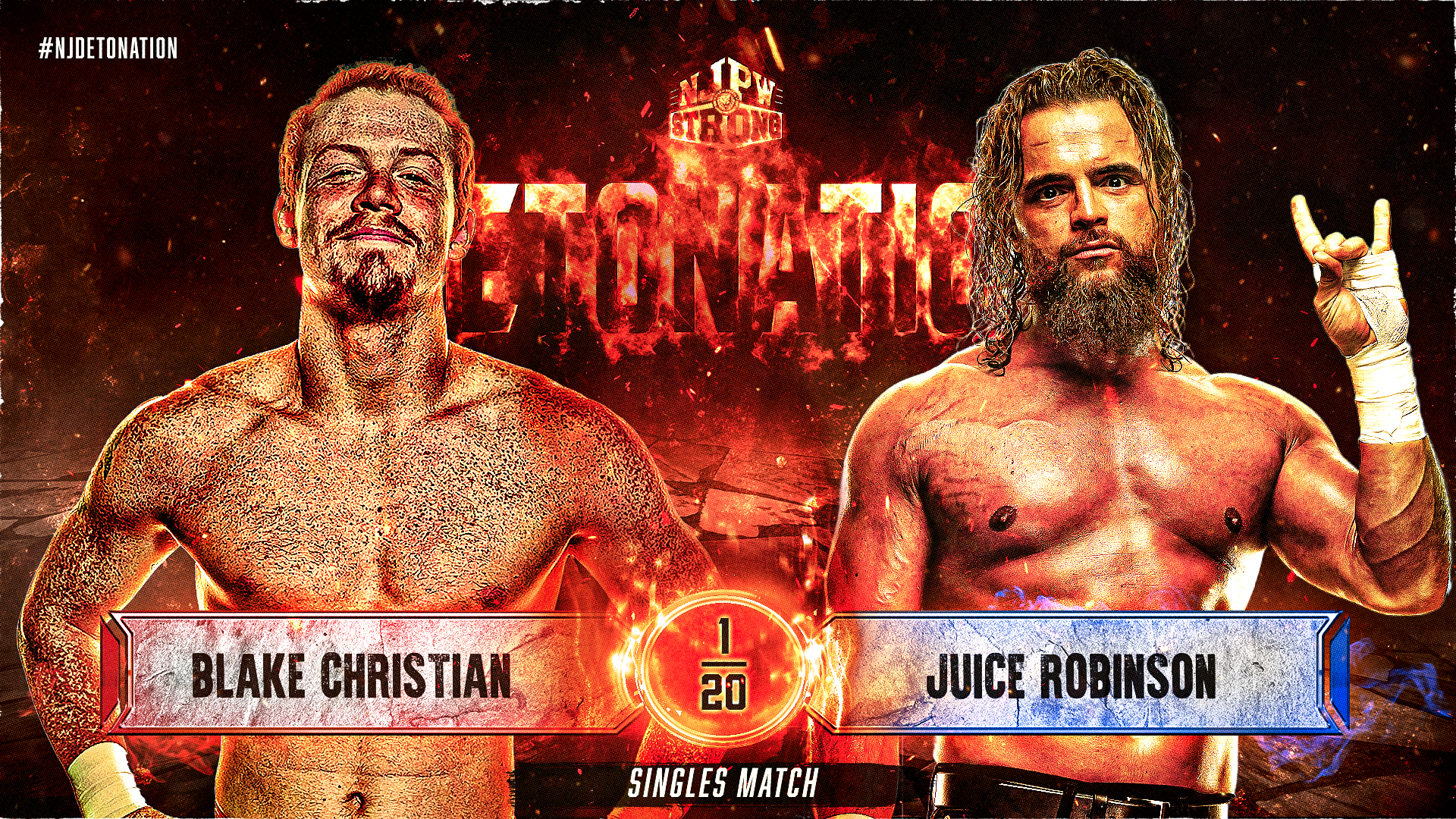 With wins under his belt at Rumble on 44th Street and then last week against Jake Something, Juice Robinson is riding strong momentum into the end of the year. After facing the super heavyweight Something last week though, he now transitions to taking on one of the most dynamic junior heavyweights of the year in Blake Christian. Certainly this week saw ‘All Heart’ making a mark for himself, electing to jump Juice after his match in an attempt to show ‘Rock Hard’ that he isn’t to be taken lightly. Can that heart lead him to an upset victory to close out his 2022 STRONG campaign? 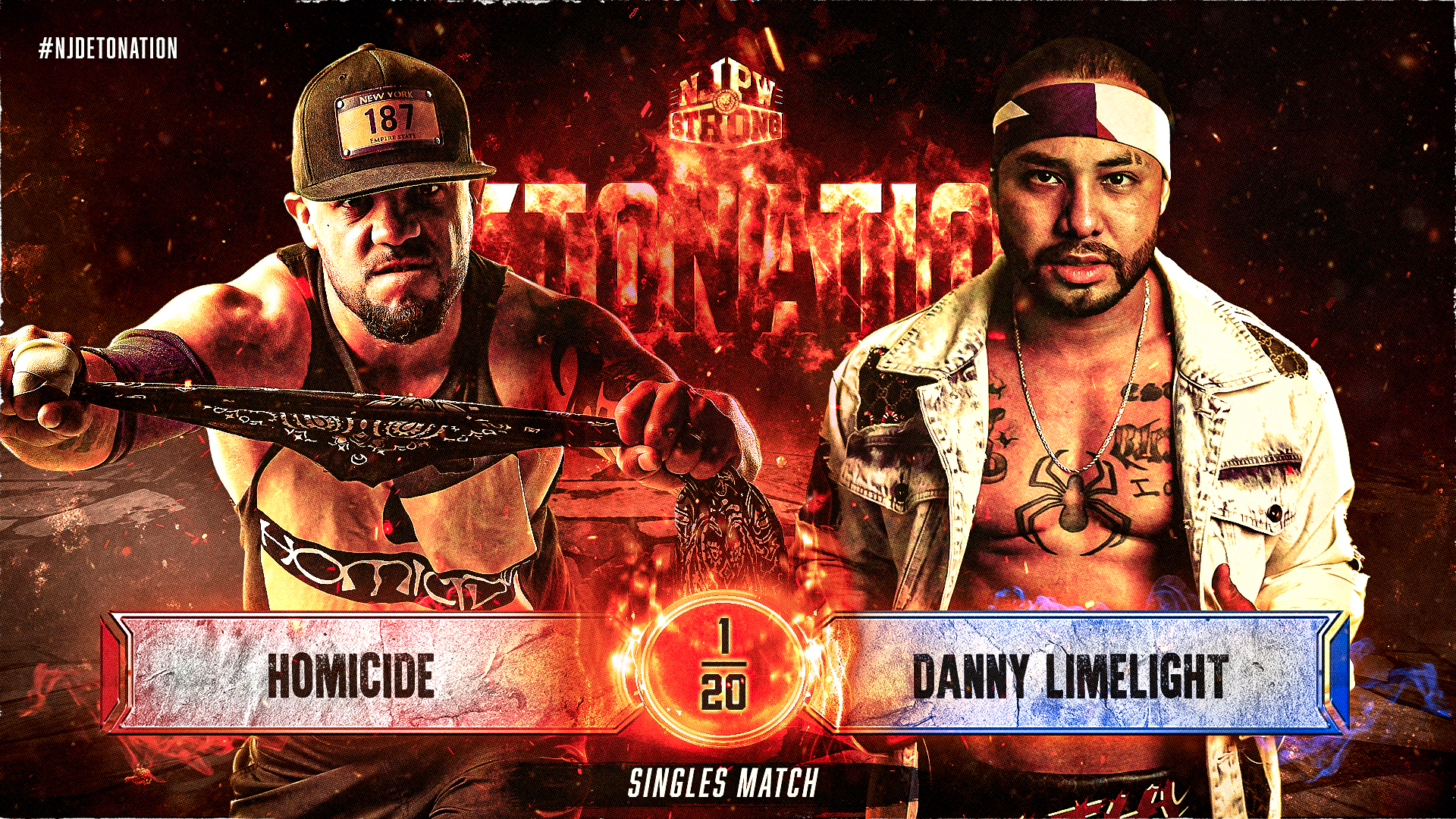 Singles action sees Homicide go one on one with Danny Limelight. Back at Autumn Action in Vegas, the Notorious 187 and Tom Lawlor started a feud that has extend through to the rest of the year. By extension, that has meant Homicide had issues with all of Team Filthy, but his former LAX running buddy Danny Limelight stayed out of the situation until a singles bout for Lawlor and Homicide two weeks ago.

After Homicide was victorious with the Eastern Lariat on Lawlor, he was not satisfied with a simple notch in the win column. Taking a fork in his hand, Homicide threatened to carve up Lawlor before Limelight came to his faction leader’s aid. Now it’s Homicide vs Limelight with a deep personal history playing out in Hollywood. 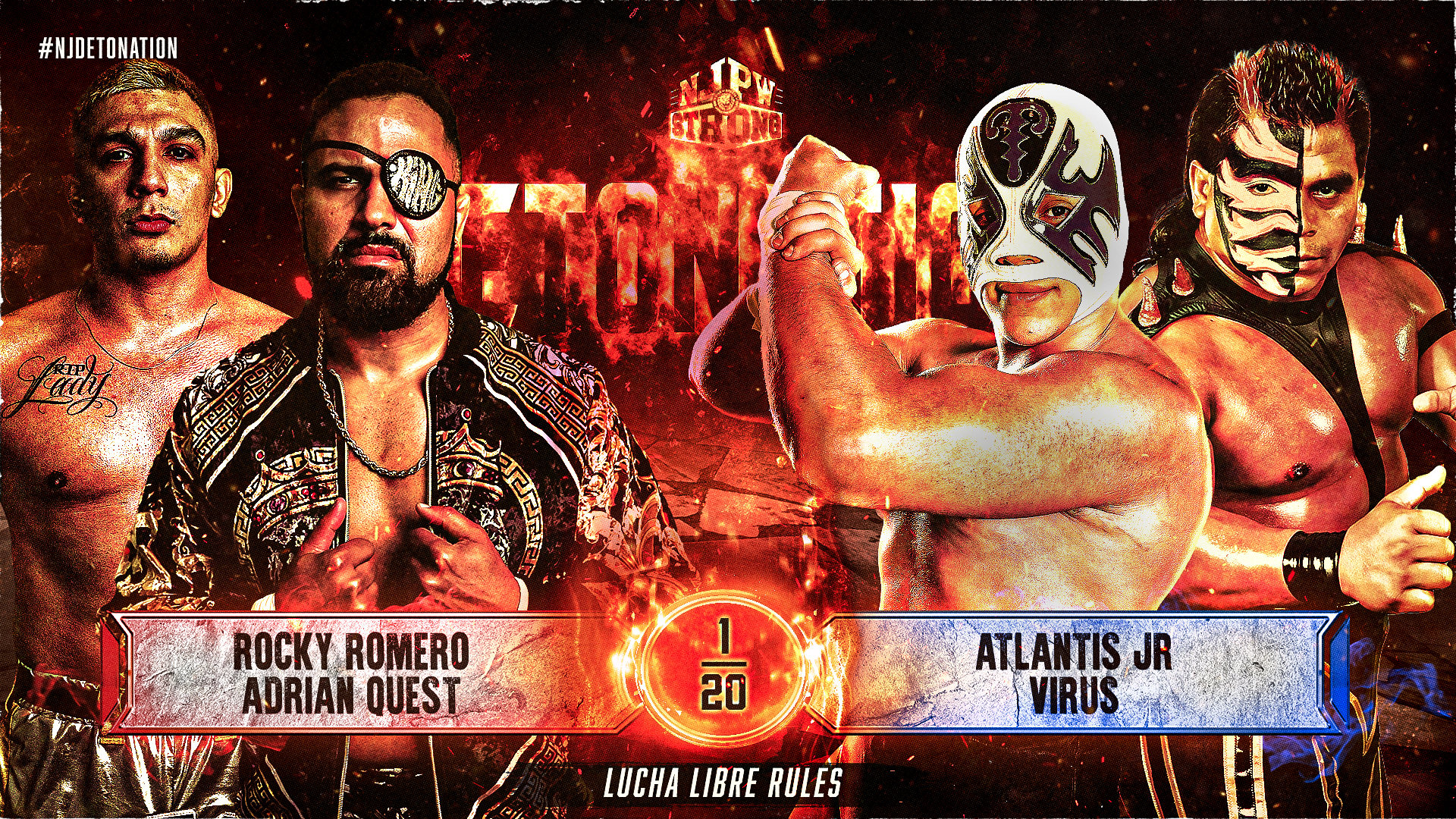 Once a wrestler leaves the ring, his partner may enter without a tag

February 2023 will see Fantasticamania make a long awaited return to the NJPW calendar, but fans will get a taste on NJPW STRONG this week, a combination of youth and experience from CMLL in Atlantis Jr. and the veteran Virus facing Rocky Romero and Adrian Quest. Romero and Virus are reuniting in the ring for the first time in 14 years, and had an extensive feud in CMLL all the way back in 2003 and 2004. Old grudges die hard tonight, while Quest and Atlantis Jr. are sure to bring the spectacle to Saturday night.