November 30 sees cheering fans in Twin Messe Shizuoka for World Tag League action. As our ten teams approach the mid way point, the pressure is on front runners to stretch their legs, while the back markers need to get on the board badly. 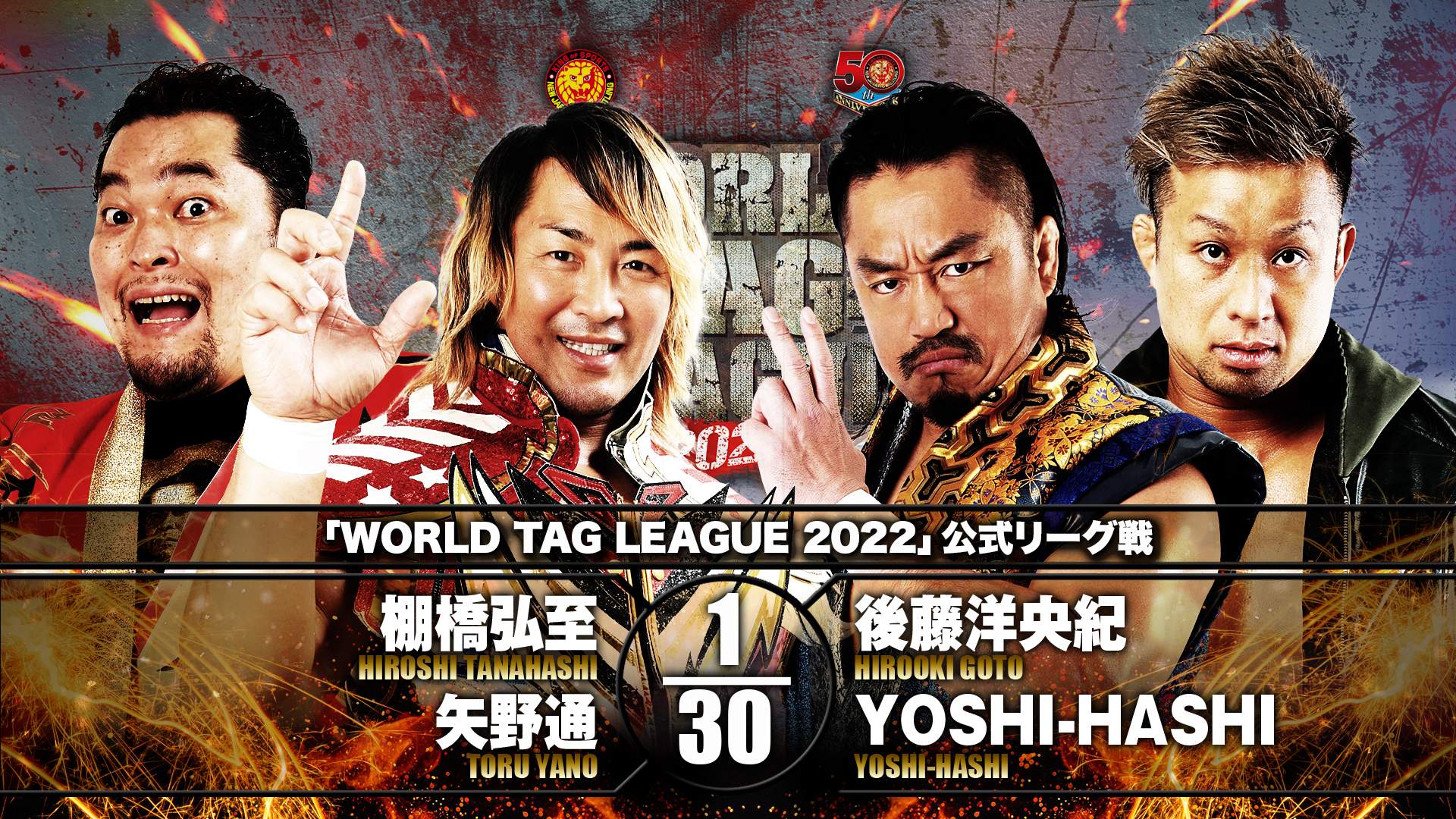 The main event of the evening will see a clash of fan favourites in Shizuoka, Bishamon taking on the Be-Bop Tag pairing of Hiroshi Tanahashi and Toru Yano. Hiroshi and Toru finally got on the board Sunday in Aichi as they tripped up Bad Luck Fale and Chase Owens, but it’s both teams that are riding high heading into this main event. After putting a stop to Tetsuya Naito and SANADA’s opening streak, Bishamon are looking to get back to the head of the table, and could do so if the results play out for them tonight. 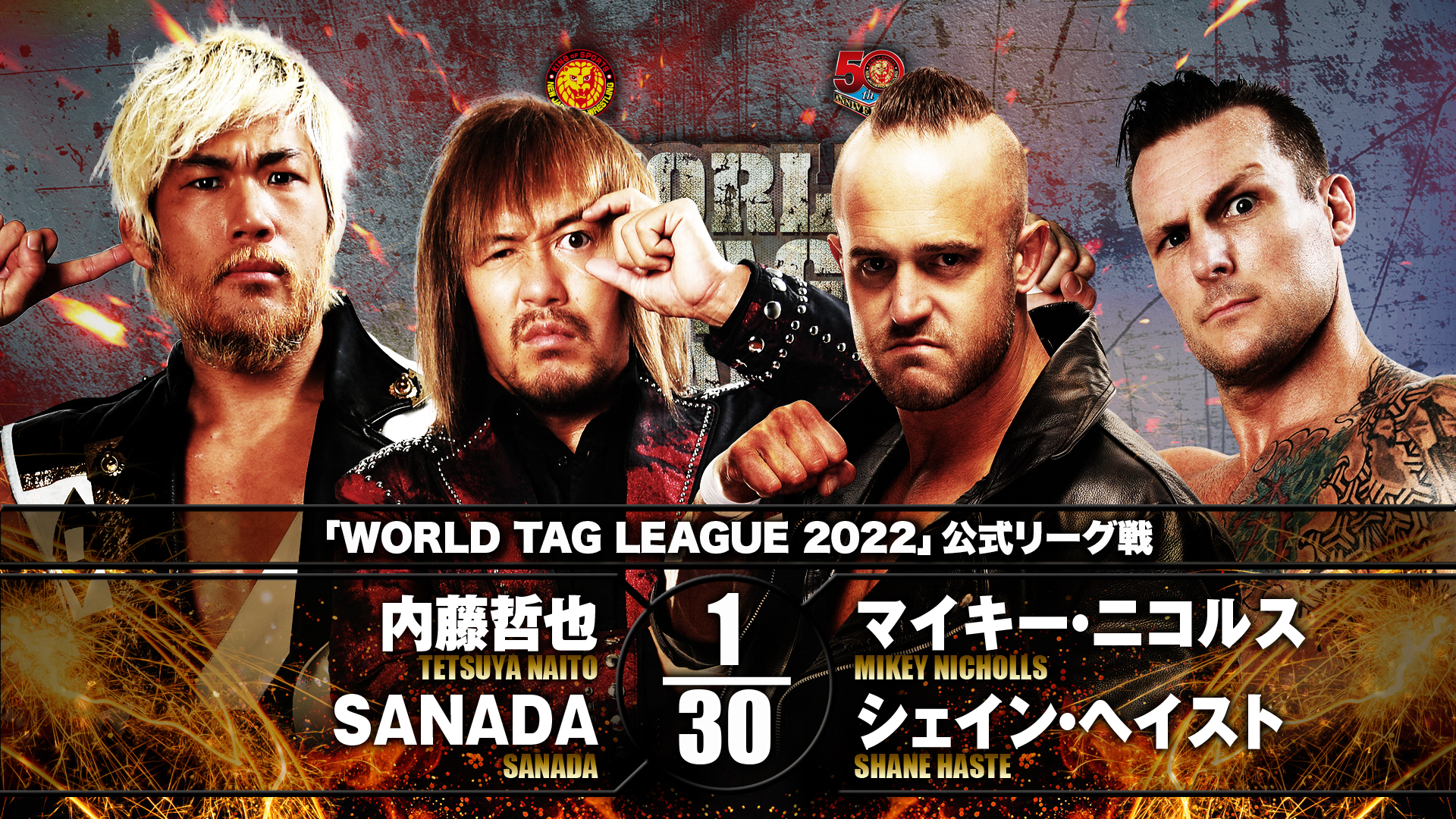 After a sore loss to Bihsamon in Aichi, Tetsuya Naito and SANADA will try and get back to their winning ways tonight in Shizuoka. The TMDK pairing of Shane Haste and Mikey Nicholls were able to do just that Sunday with a satisfying victory over EVIL and Yujiro Takahashi, but only one of these two sides can improve to six points tonight. 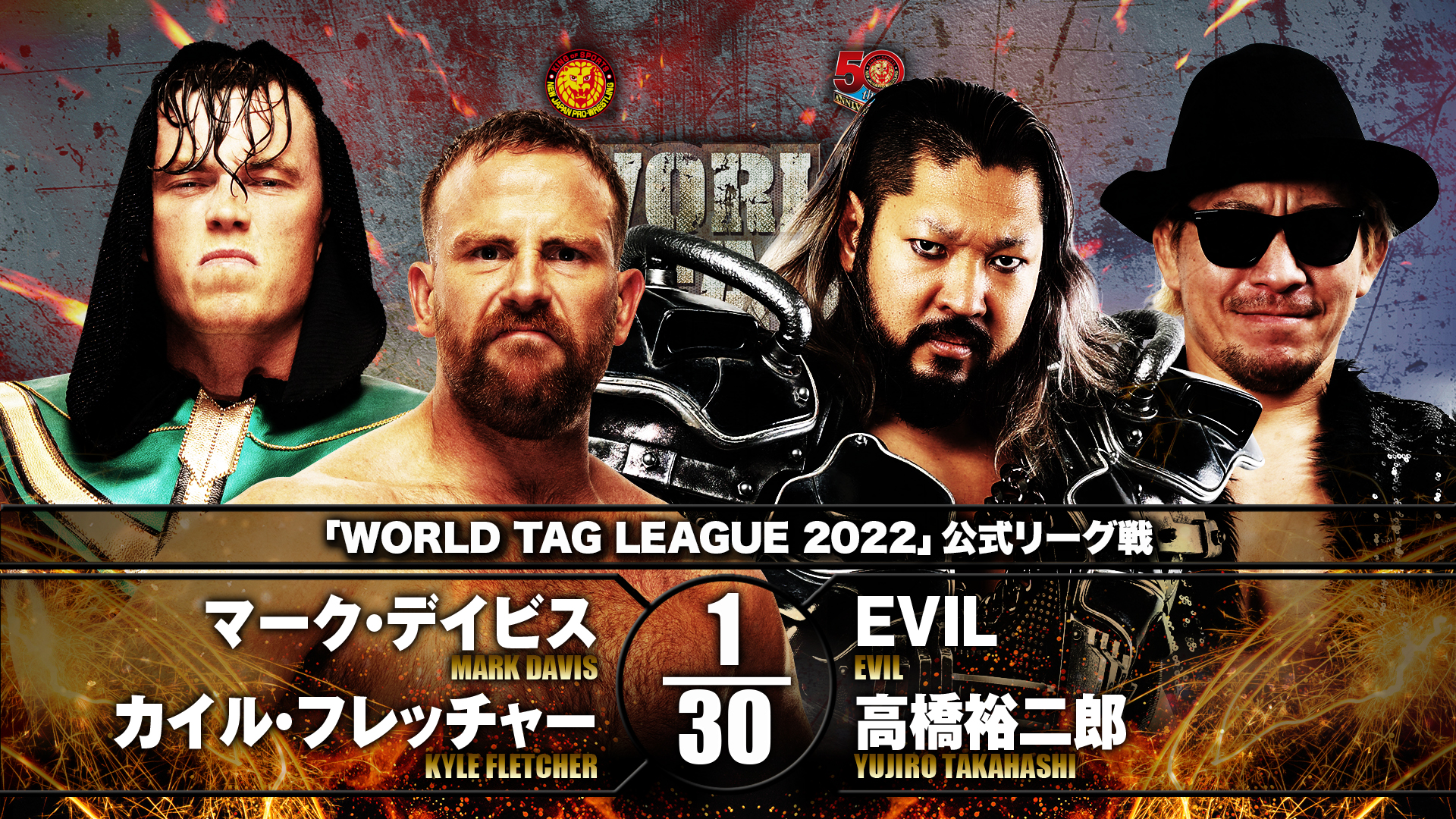 Two teams with perfect records meet in the sixth match of the evening, but unfortunately for the slim number of HOUSE OF TORTURE fans, it’s a perfect record of defeat. Yet another loss will put them on the bubble tonight, and at the hands of Fletcher and Davis, things certainly look ever bleaker for EVIL and Yujiro. 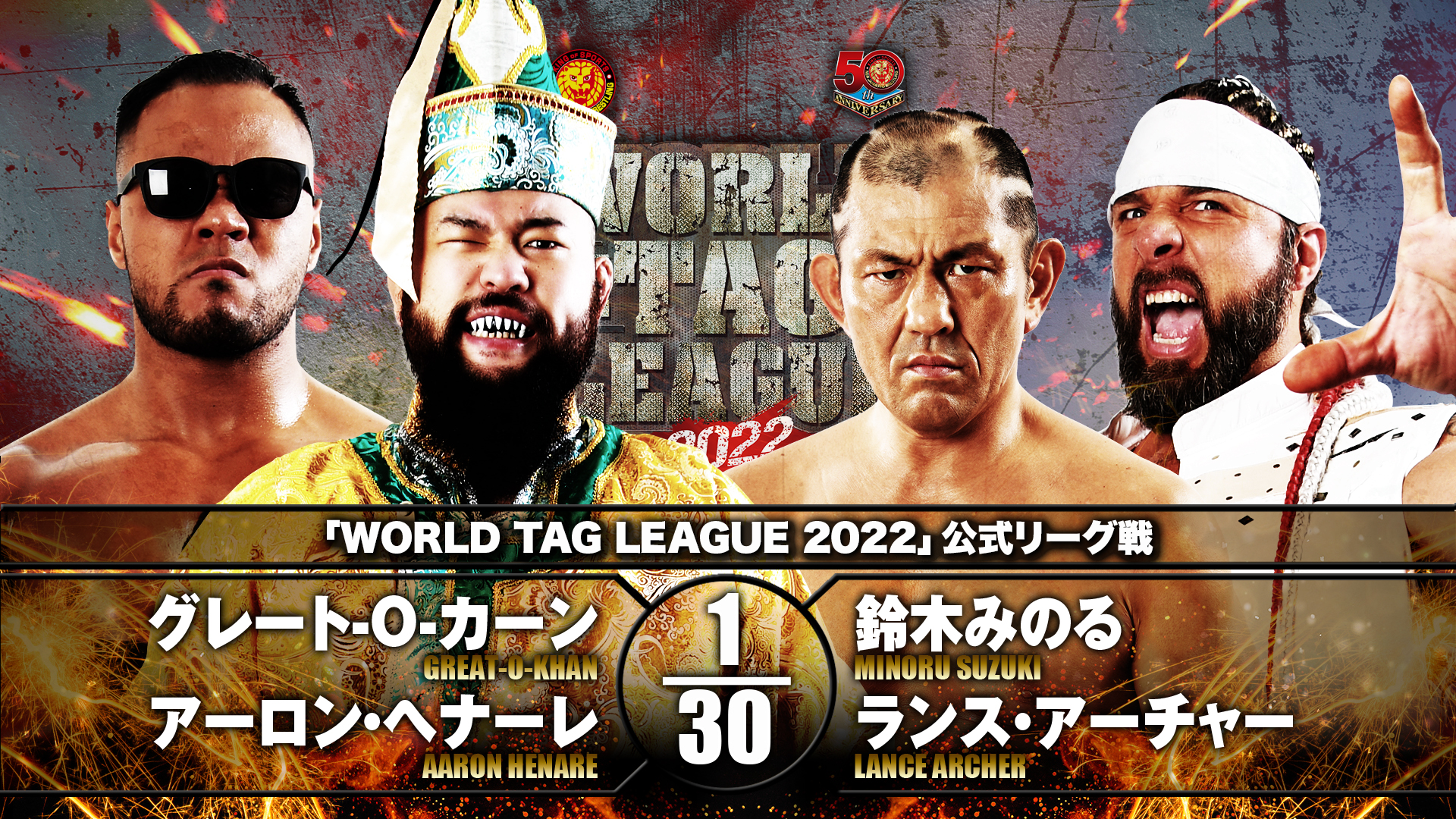 Lance Archer and Minoru Suzuki are sure to head to the ring in Shizuoka in distinctly foul moods after being handed their first loss this past Sunday in Aichi. With Henare and O-Khan having won their last two, contrasting momentum collides in Shizuoka, but who leaves on six points? 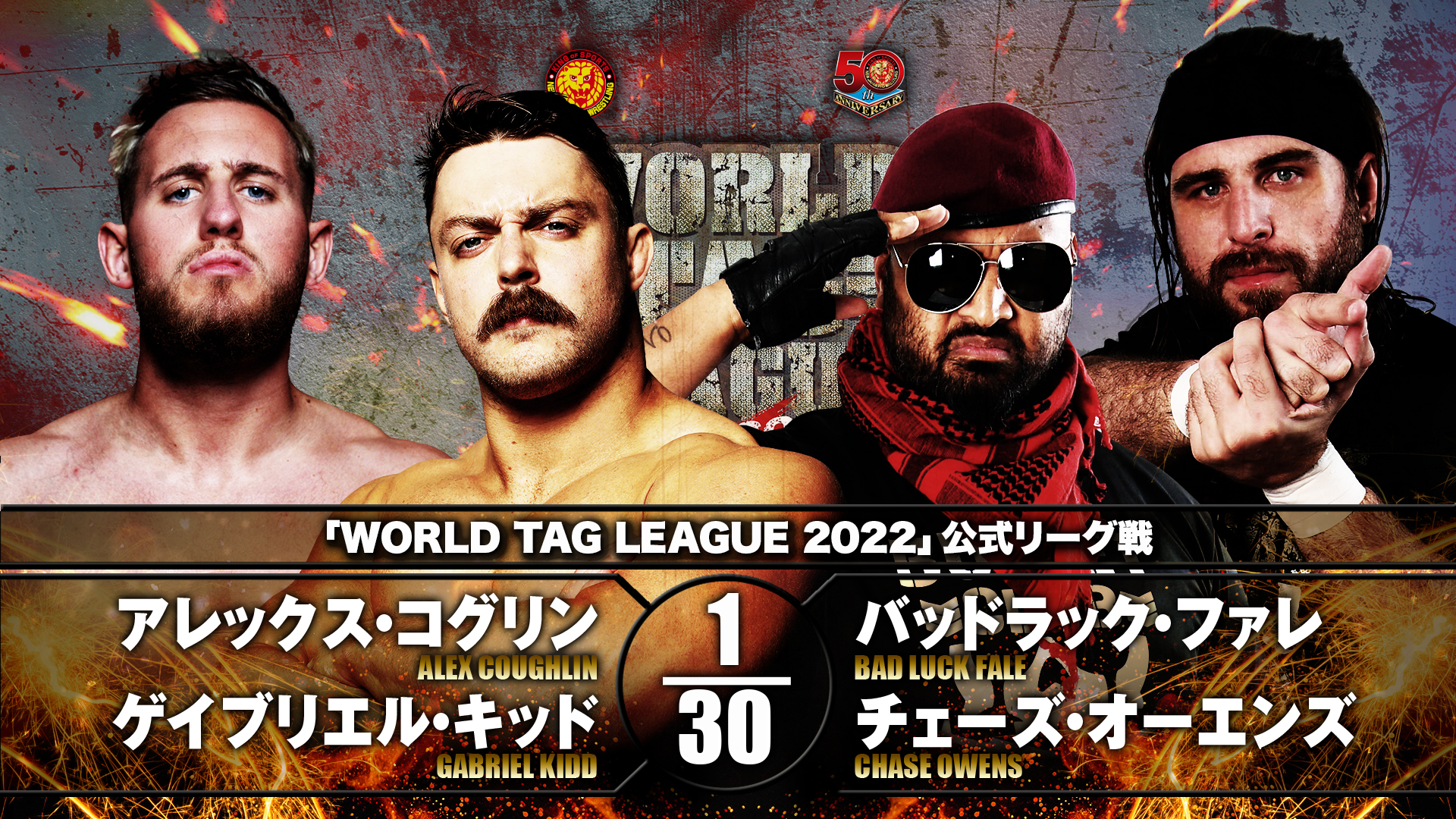 While Gabriel Kidd and Alex Coughlin have impressed with their athletic ability, attitude and brute strength, it’s fair to say that their teamwork has left something to be desired at points on this tournament. With the duo needing a wain, they face a tough mountain to climb in former IWGP tag team Champions Fale and Owens, who have hit their own speedbumps on the results front and want a commanding win to improve to an even record. 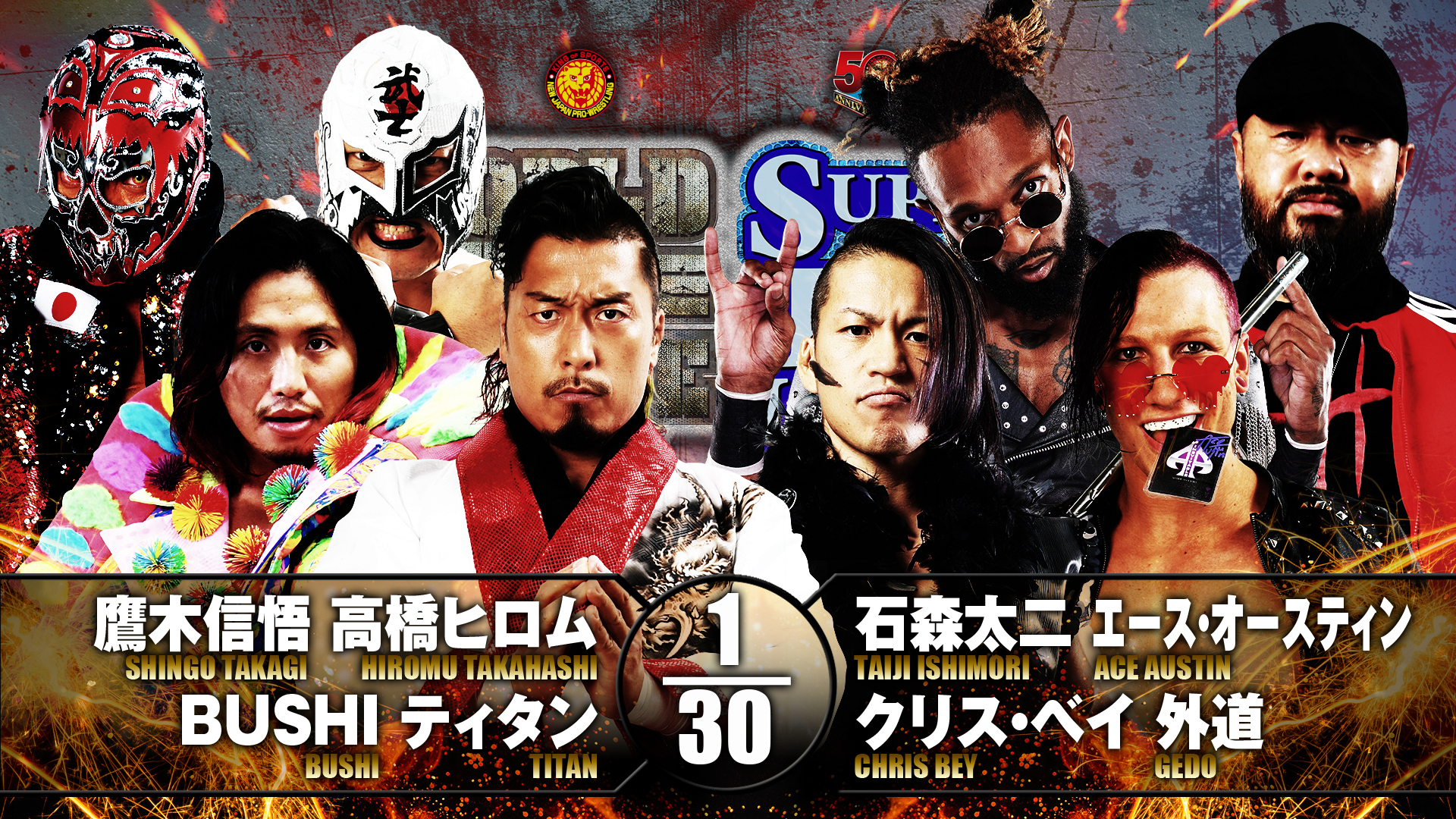 LIJ have had more than their fill of Suzuki-Gun in undercard tags this tour, and now change focus to BULLET CLUB. Hiromu Takahashi will be grateful to get hsis hands on Taiji Ishimori before they face off in the IWGP Junior Heavyweight Championship four way at Wrestle Kingdom, while Titan and BUSHI seek night one revenge on Ace Austin and Chris Bey.

Six man action will see Master Wato looking to make a pre-Tokyo Dome mark on El Desperado. With plenty of ground still to cover before Wrestle Kingdom, can Wato make an impact on his bitter masked rival? 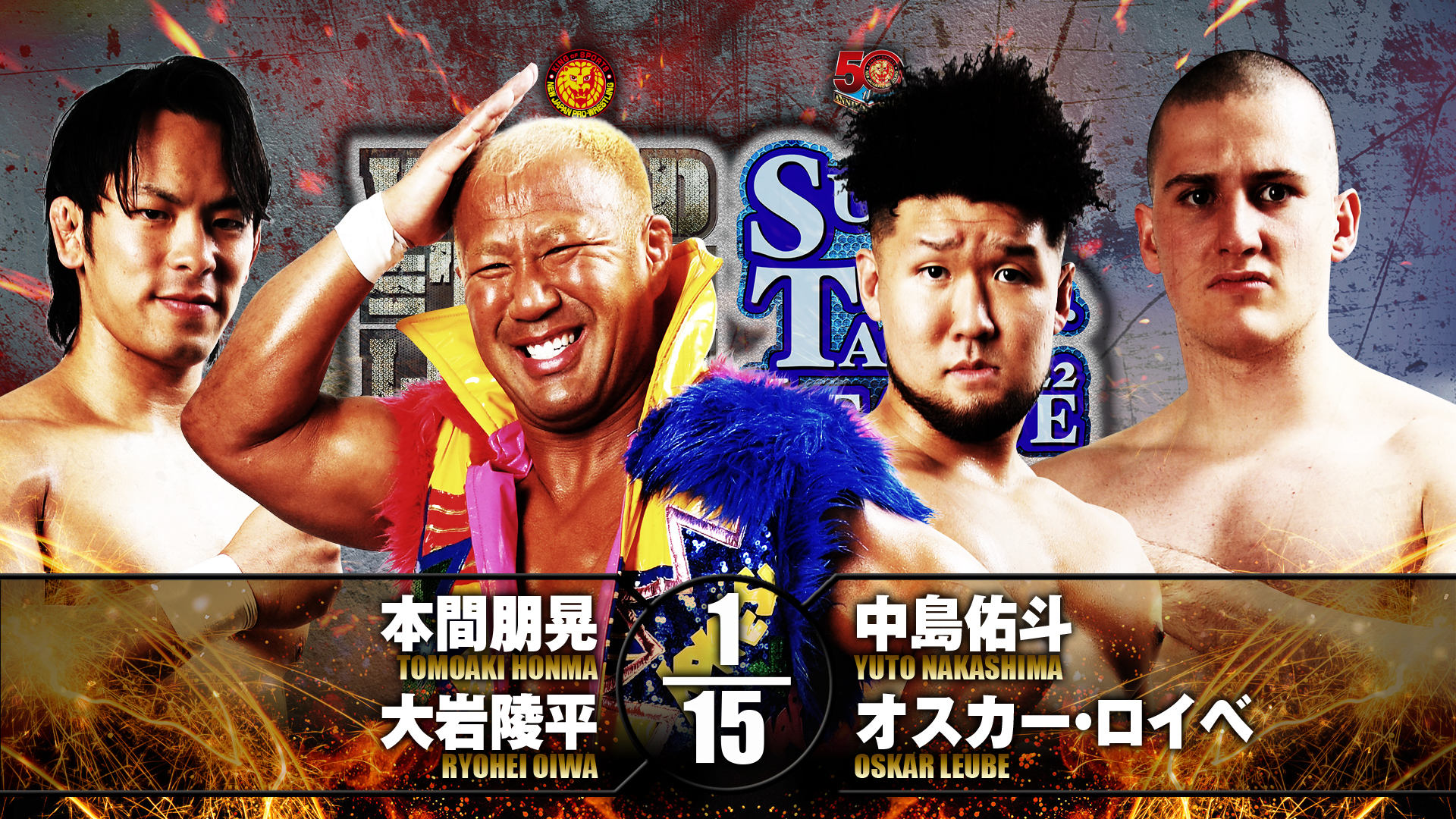 Ryohei Oiwa will be joined by Tomoaki Honma to take on Oskar Leube and Yuto Nakashima to kick off. Can the two New Zealand Dojo graduates turned Noge trainees take down the combination of youth and experience in the other corner?