The second joint night of Super Junior and World Tag League is seeing Osaka’s Maruzen Intec Arena rapidly approaching capacity, and World and Super Junior Tag Leagues’ fifth and sixth nights respectively. As competition heats up, tonight will be crucial to every team.

Watch Super Junior and World Tag Leagues live and in English on demand on NJPW World! 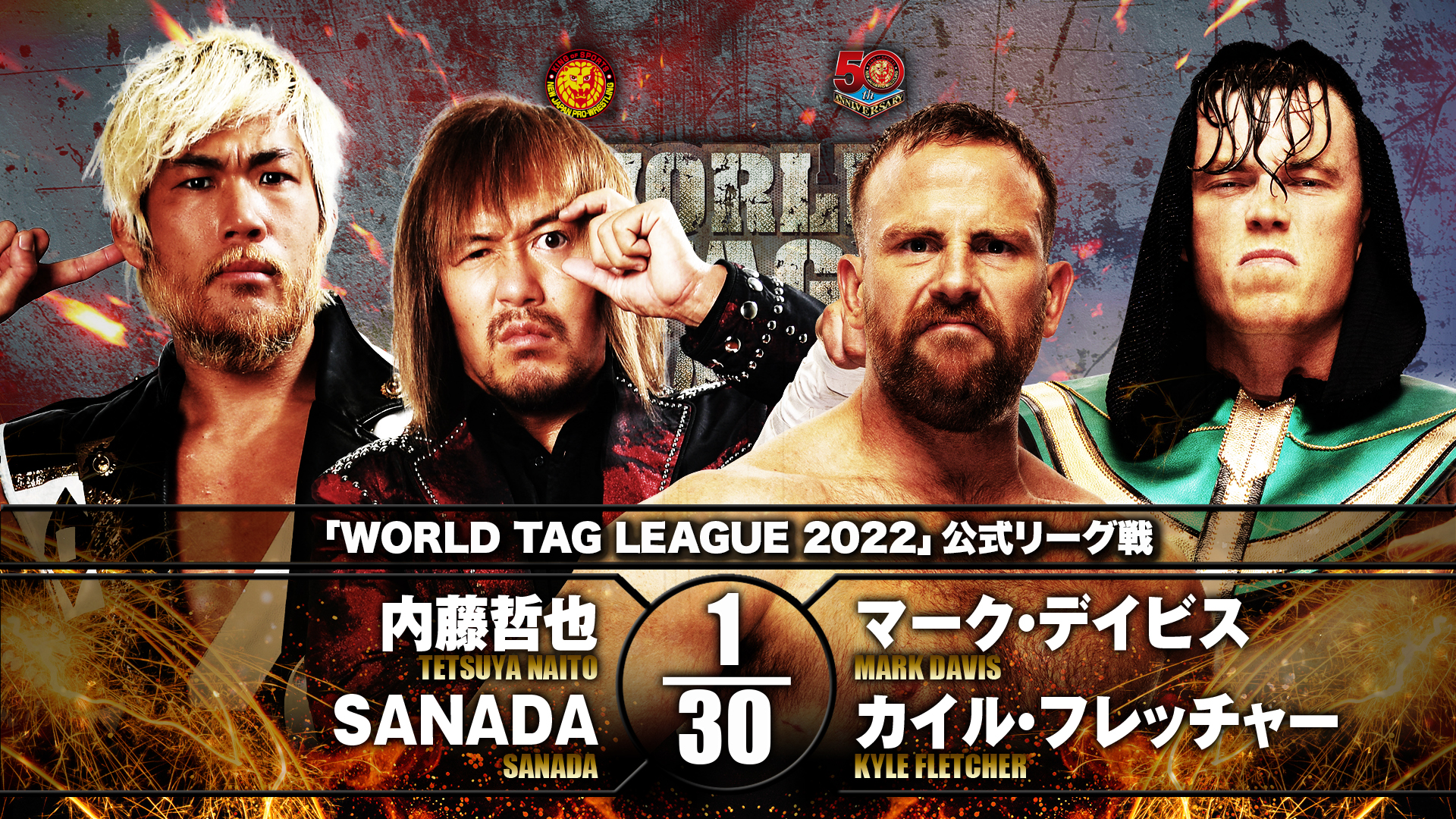 Osaka’s main event sees the undefeated Aussie Open take on Tetsuya Naito and SANADA. The Super Junior Tag League saw TJP and Francesco Akira rocket ahead of the competition until coming up against an LIJ side in Titan and BUSHI that proved Catch 2/2 could be beaten. Will the same be the case here in Osaka? Mark Davis and Kyle Fletcher have been dominant to date and remain undefeated on Japanese soil, while Tetsuya Naito and SANADA at 2-2 are beginning to find their backs pressed against the wall. That’s always been where LIJ are at their most dangerous however, and Aussie Open are in no small amount of danger here in our main event. 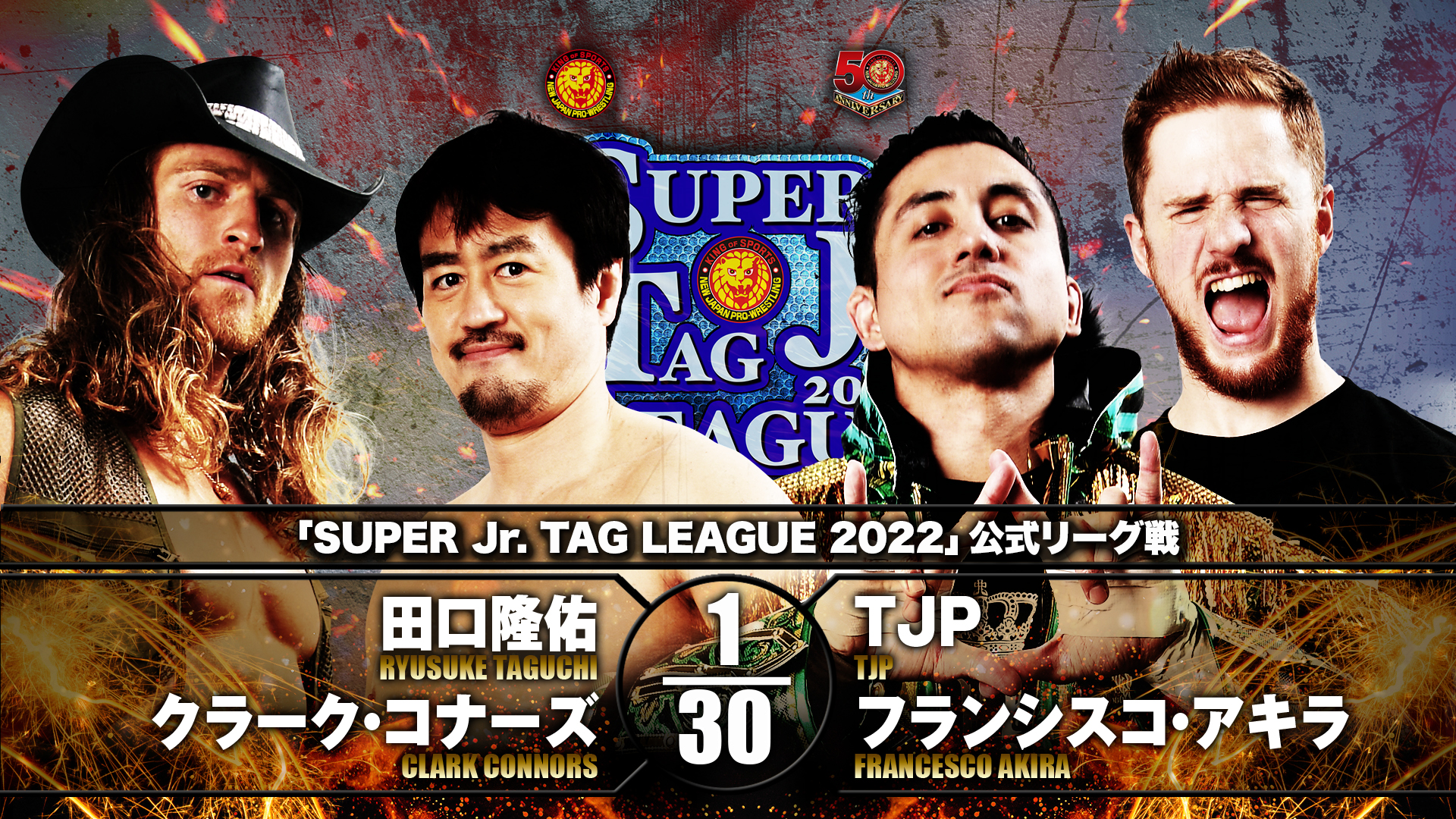 After a mid air spear and Trophy Kill from Clark Connors in Nagano, Wild Hips put a stop top a three match losing streak when they put away Kevin Knight and KUSHIDA Monday. That’s enough to keep the two alive going into Osaka, but another loss will put them on the bubble tonight. TJP and Akira have managed to recover from their defeat at the hands of Titan and BUSHI, and picked up a morale boosting victory against HOUSE OF TORTURE to start their week. Will they end it with another two points? 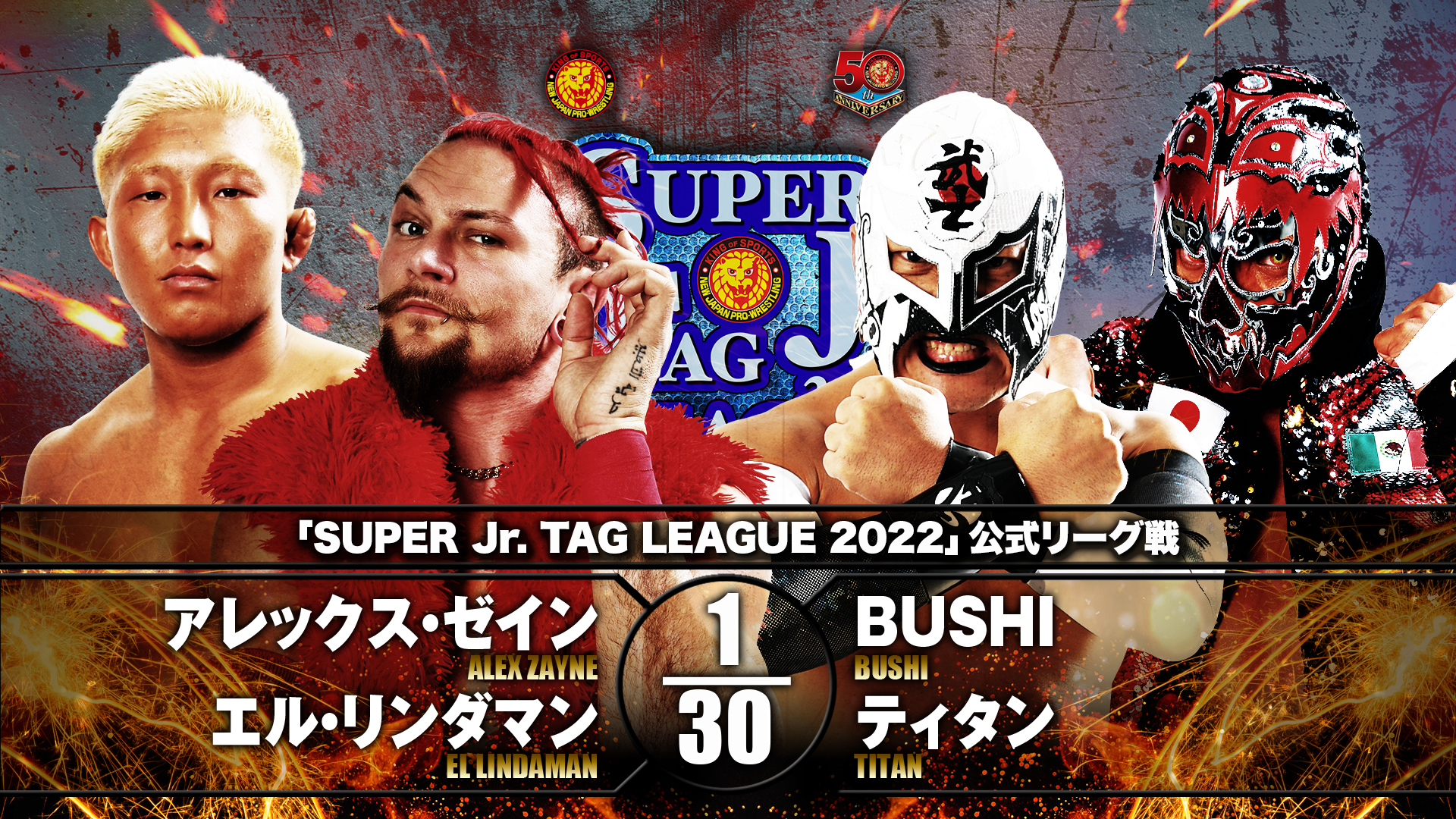 ‘SAUCEHEARTS’ and LIJ collide in a bid to reach ten points tonight in Osaka. With the top two teams making the final in Sendai on December 14, this match may not decide the fate of the block outright, but it could well be seen as a turning point by the time the league is done. During Best of the Super Jr, Lindaman was 1-1 against Titan and BUSHI; how will he fare with Alex Zayne against the two together? 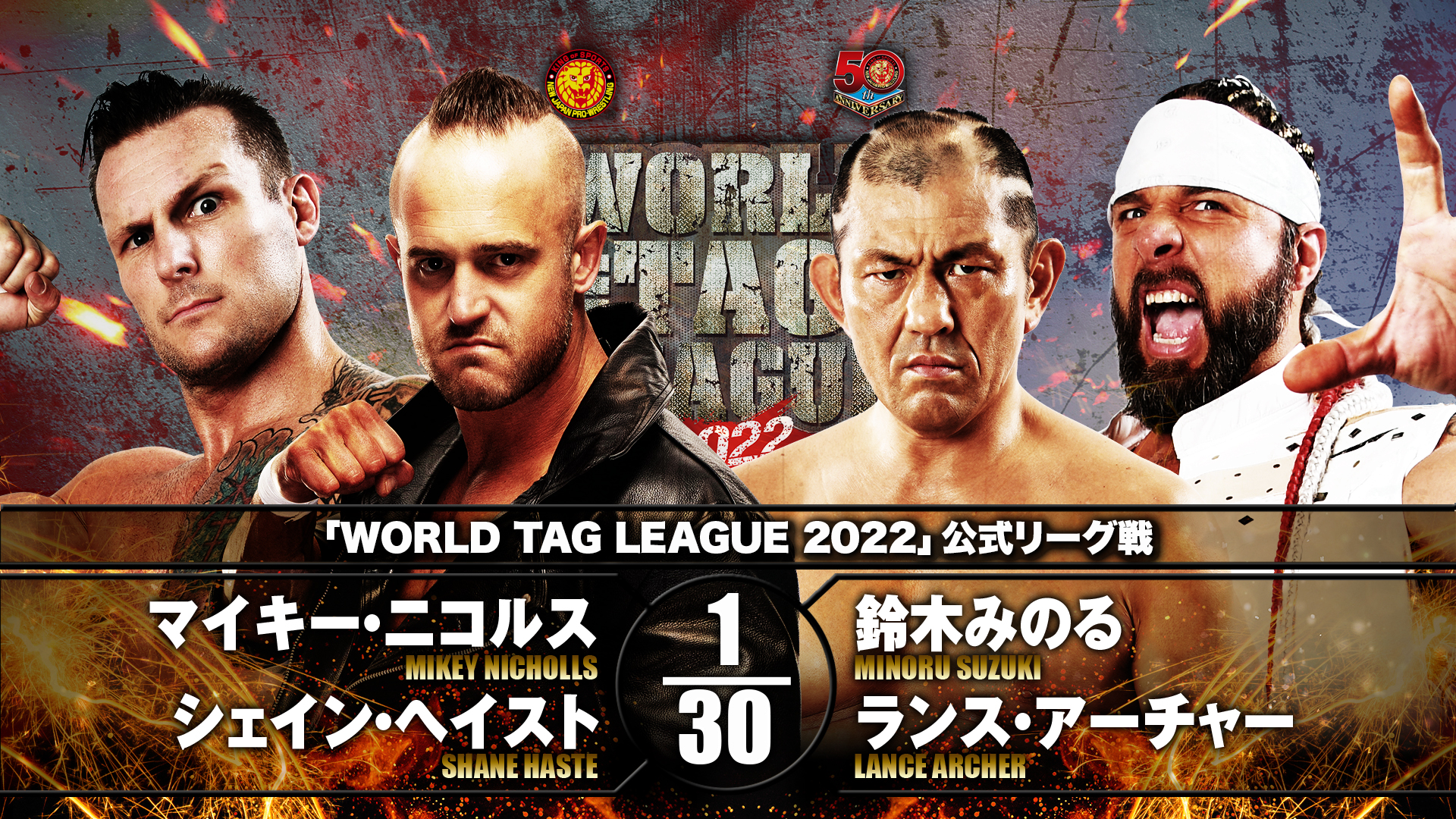 TMDK are no strangers to Suzuki-Gun. When Minoru Suzuki’s cadre sought to conquer Pro-Wrestling NOAH in 2015, Shane Haste and Mikey Nicholls would be on the defending side in the face of the Suzuki Invasion, and this will be a violent reunion in Osaka. Only one side will leave Osaka on eight points, and in the important top two of the table as we pass half way through the WTL capmpaign. 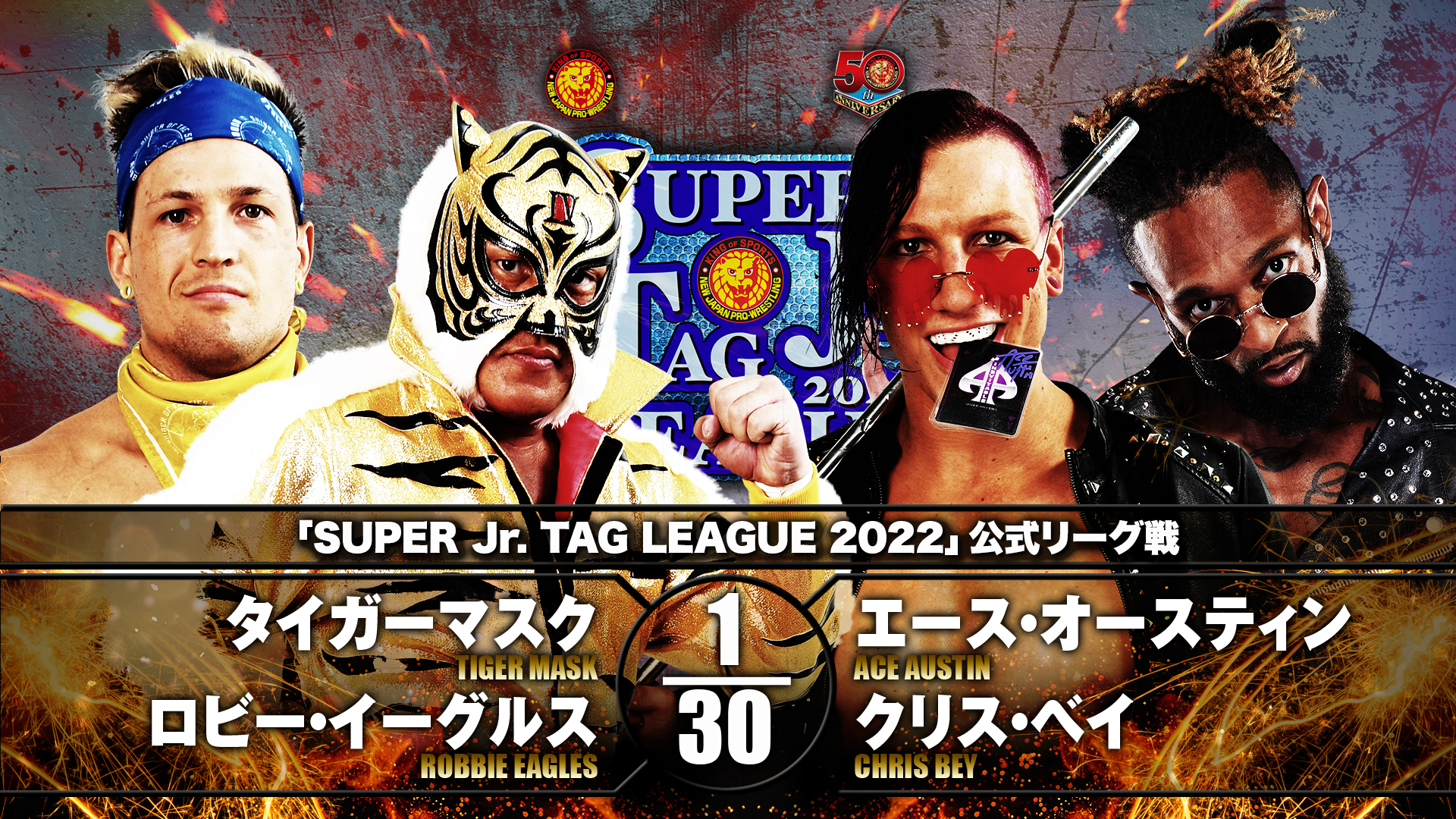 After an incredible hot streak to start their campaigns, Ace Austin and Chris Bey were finally handed their first defeat Monday in Nagano at the hands of Lio Rush and YOH. With Flying Tiger needing to get their own leagues back on track, Tiger Mask and Robbie Eagles will be keen to turn one loss into two, but will the IMPACT pair be able to regain the momentum, or risk stalling out? 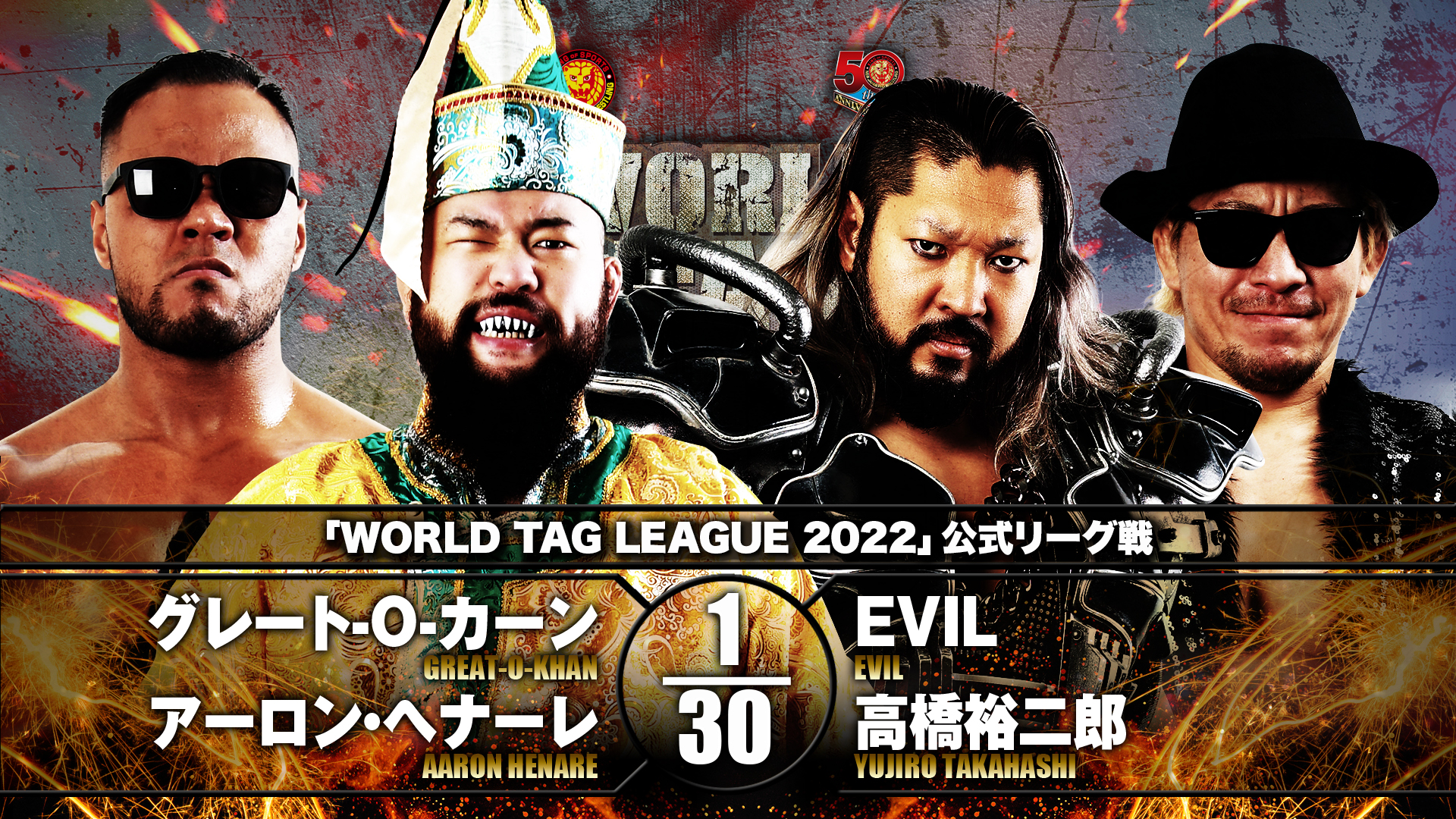 What a difference a year makes. 12 months since the then new HOUSE OF TORTURE threatened to capture the World Tag League trophies, and with their presence striking dread into their opponents and paying audiences, EVIL’s BULLET CLUB sub group sits at an abysmal 0-9 across both leagues. Night in and night out their attempts at cheating their way to victory have been quickly snubbed, most recently by Great-O-Khan, who came to the aid of Aussie Open in Shizuoka. Can EVIL enact his brand of ‘just’ revenge, or will H.O.T teams be mathematically eliminated from both leagues by the end of the evening? 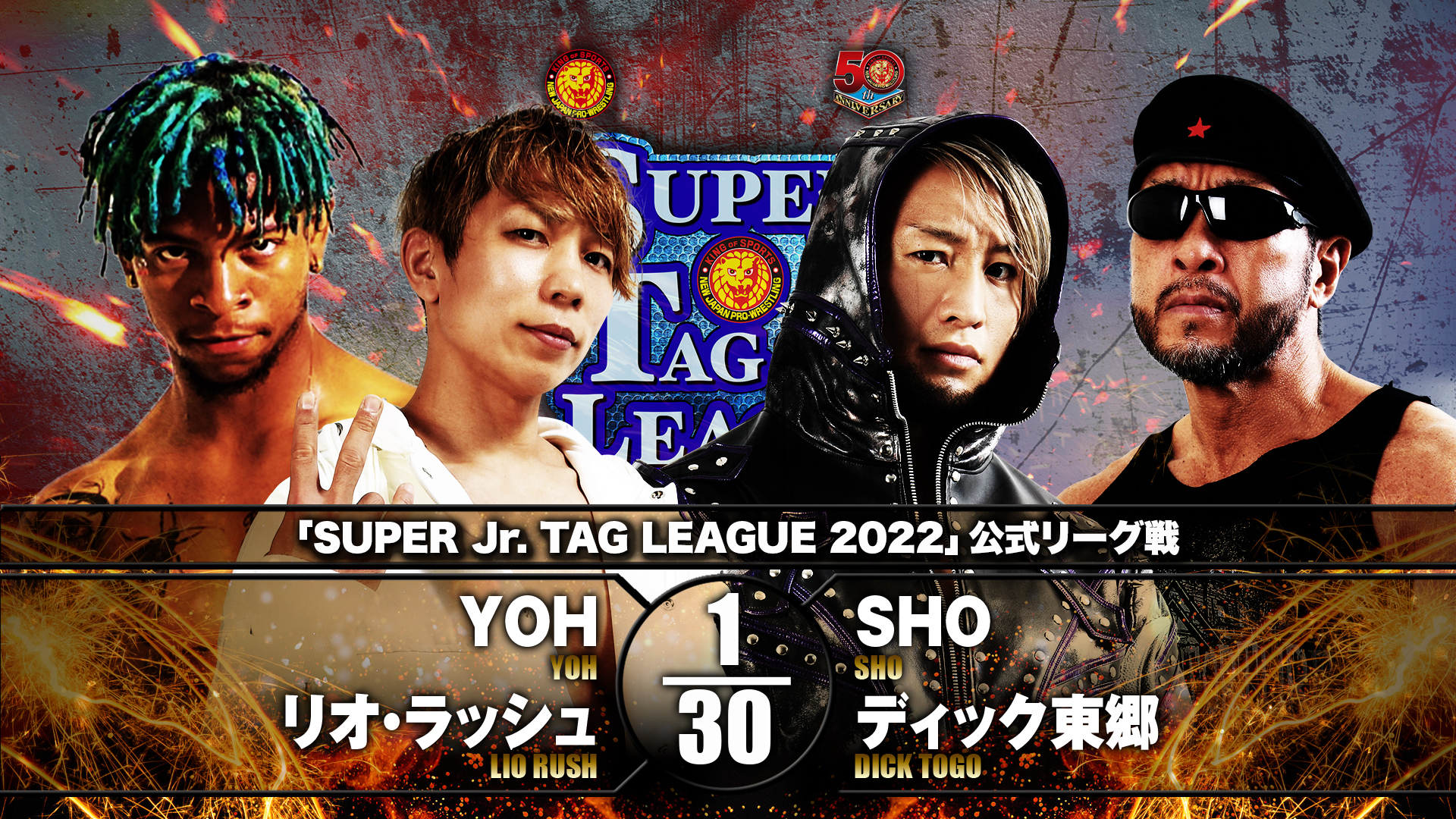 With current standings meaning that a minimum score of ten points is what’s required to make the top two teams in Super Jr. Tag League and by extension the December 14 final, SHO and Dick Togo have found themselves eliminated in record time. Their atrocious 0-5 record comes despite the constant presence of EVIL and Yujiro Takahashi and liberal interference. Nobody will be happier to see the HOUSE OF TORTURE downfall than SHO’s former partner YOH; days after handing Ace Austin and Chris Bey their first defeats, YOH wants to underscore his current success by hitting SHO with the former Roppongi 3K double team finisher. 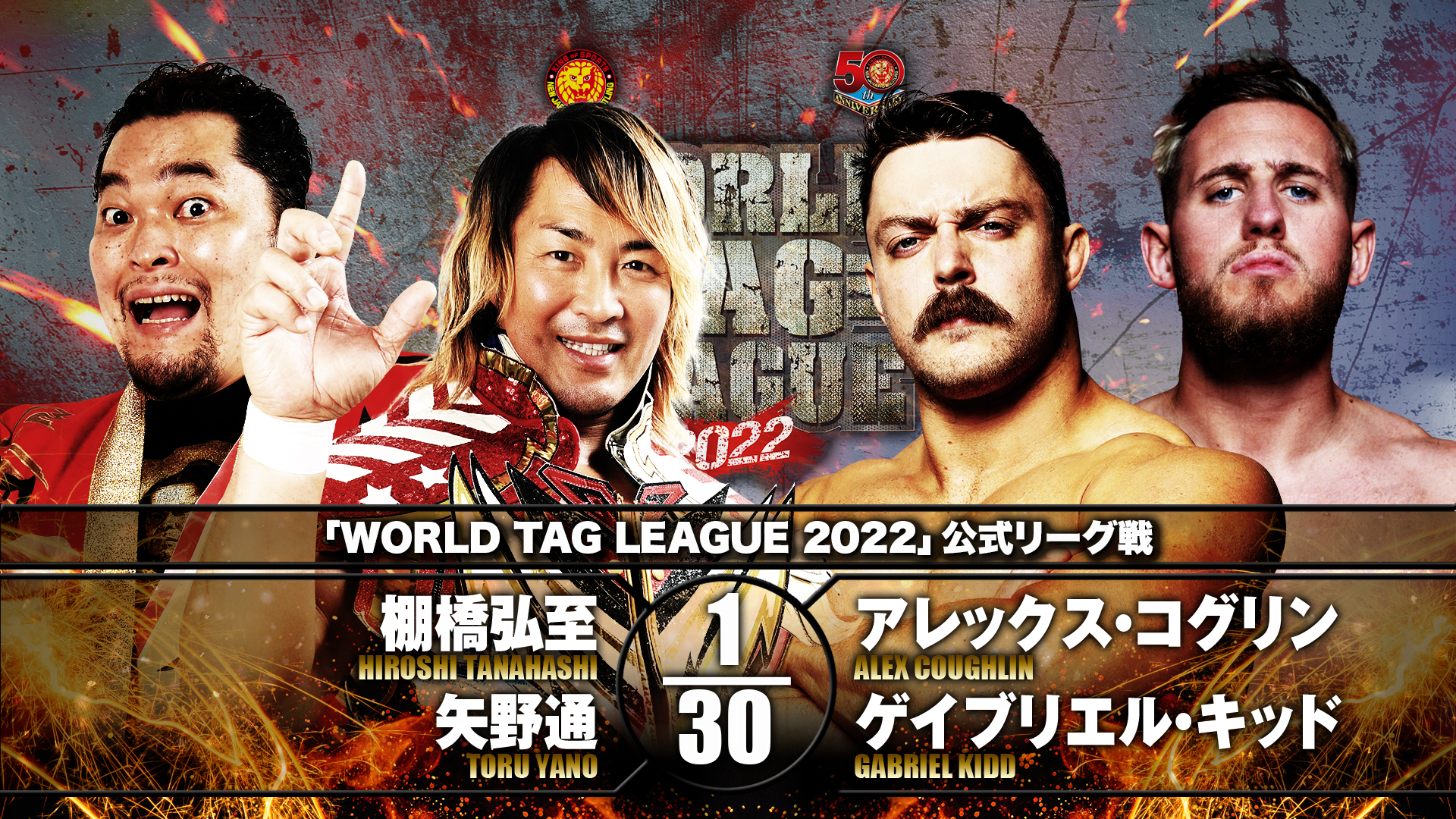 Despite incredible potential as individuals and a duo, the results have not been forthcoming for Alex Coughlin and Gabriel Kidd in this tour. Unable to gain results, they sit at zero points in a tournament where they had wished to make a powerful statement. Though a position in the top two now looks highly unlikely for the two, a win will keep them in the hunt; moreover, being able to defeat a team with the Ace on board will do much to make that declaration of power, but with frustration mounting for both men, can they come together for a key win, or will they drift further apart? 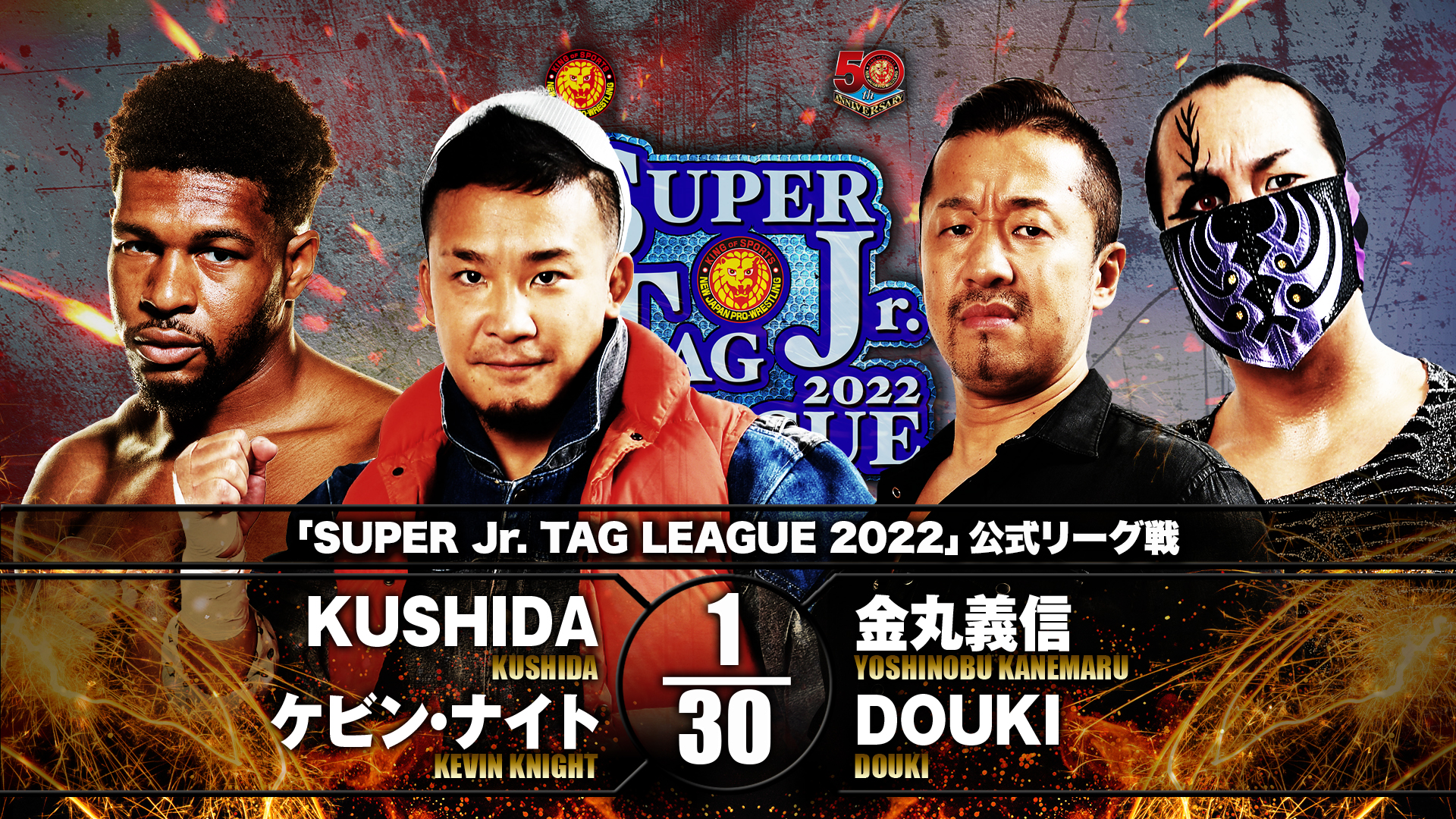 Monday night in Nagano, KUSHIDA had a special gift for Kevin Knight to mark his confidence in the LA Dojo member, presenting him with brand new ring gear, as Knight seemed to make the unique step of graduating from his Young Lion status into ‘The Jet’ midway through the series. New gear and spectacular offence notwithstanding though, the two are still on the brink of mathematical elimination tonight. KUSHIDA and Knight must beat the already eliminated Yoshinobu Kanemaru and DOUKI if they’re to have any chance to make the top two of the league; meanwhile can the Suzuki-Gun side finally get on the board in their sixth bout?