As a record breaking cold spell sweep northern Japan, Sapporo could certainly use some heating up, and will get just that when the New Beginning series hits Hokkai Kita-Yell on February 4 and 5. The first night of a massive double header will see new, but very personal issues playing out in ring as the tour reaches its biggest stop so far.

Watch the New Beginning live in English on NJPW World! 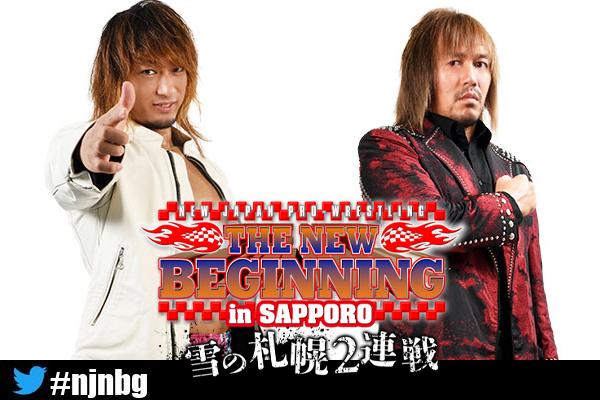 The main event will see a first time singles collision for Shota Umino and Tetsuya Naito. While Umino has a family connection to the wrestling business through his father, referee Red Shoes Unno, it was Tetsuya Naito, in his Stardust Genius days that inspired him to lace up a pair of boots. As Umino’s superstar is on the rise though, he’s gotten short shrift from Naito, who hasn’t given the Roughneck the time of day, outwardly at least, on his own path to facing Keiji Muto in Muto’s final match on February 21.

It’s fallen to Umino then to put himself on Naito’s radar as well as the pro-wrestling map at large, something that he could do in a major way tonight. While tag team wins have shown how effective ‘Shooter’ is in ring, including on the massive stage of the Tokyo Dome at Wrestle Kingdom 17, it would be a win over Naito that would see Umino plant the flag in a new era of NJPW. At the same time Naito, with the immense responsibility of ending Muto’s career later in the month, can not afford a high profile loss to Umino or anyone else.

7th Match: Taichi vs Will Ospreay 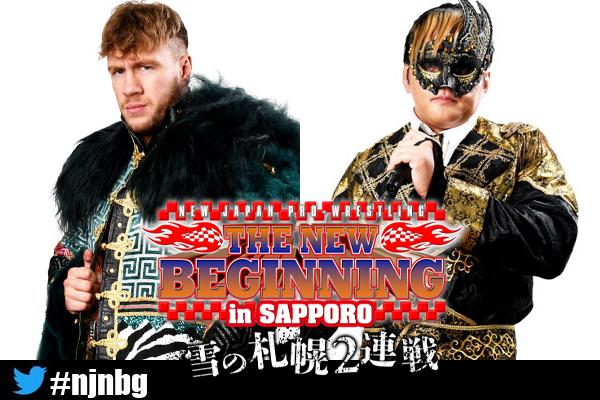 The semi main event sees Taichi return to his hometown of Sapporo to face Will Ospreay. In the face of an emotional loss to Kenny omega in the Tokyo Dome, Ospreay set a one year time limit for himself in NJPW, and New Japan in the wrestling space. Ospreay feels that he needs to be at the very top of the very top worldwide promotion, and is picking the biggest fights he can to get there. First up that means the always dangerous Taichi in his home town in Sapporo.

Taichi and Ospreay face off for the first time in two and a half years tonight, and the first time since Ospreay formed what became the United Empire in 2020. Their most high profile encounter  would be back in 2018, when Ospreay defeated Taichi for the NEVER Openweight Championship in a match that would eventually, via Kota Ibushi have a throughline to Kenny Omega on January 4 2023. This starting point could create a line back to Omega and much needed revenge, but only if the Commonwealth Kingpin can win- or survive. A devastating Dangerous Backdrop delivered in Korakuen Hall on January 24 saw damage on ospreay’s neck clearly exacerbated, and it’s likely Taichi will exploit that point. Post Suzuki-Gun, TAKA Michinoku said of himself, Taichi, DOUKI and Yoshinobu kanemaru that they were ‘Just Four Guys, with no records and no results’, but guys that plan on changing the face of NJPW in short order. Should Taichi leave Sapporo with his hand raised, he’ll be in a strong position to do just that. 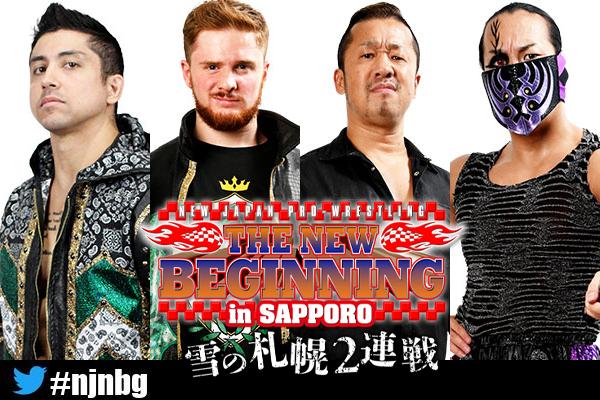 The IWGP Junior Heavyweight Tag Team Championships are on the line when Catch 2/2 look to make their fourth defence against Yoshinobu Kanemaru and DOUKI. In a typically turbulent title scene, Akira and TJP have brought stability as well as spectacle to the junior heavyweight tag space, with the division arguably garnering the most attention it has had in years. Consistent success is a key part of that story, but something that’s been less forthcoming when it comes to kanemaru and DOUKI. During Super Jr. Tag League it was over the current champs that Kanemaru and DOUKI secured their first points, and DOUKI would follow up on that with a direct pinfall over Akira at New Year’s Dash to secure this championship match. Certainly the records show that DOUKI is more than capable of capturing his first championship, and Kanemaru his seventh time with the junior tag belts; but can they pull off the win where it matters most? 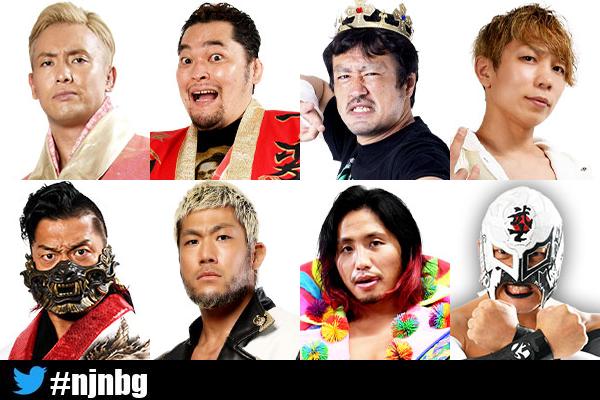 Eight man tag team action sees a pair of championship previews, Shingo Takagi and Kazuchika Okada a week away from their Osaka IWGP World heavyweight title showdown on February 11 while Hiromu Takahashi and YOH will go face to face over the IWGP Junior Heavyweight Championship in Sunday February 5’s main event. Meanwhile as that story is centered around a newly invigorated and confident challenger to Hiromu’s crown, SANADA has been confronted with a slump and a need to, in his words ‘start from square one’. Can he begin that build in the same town he began an ill fated US title reign in 2022? 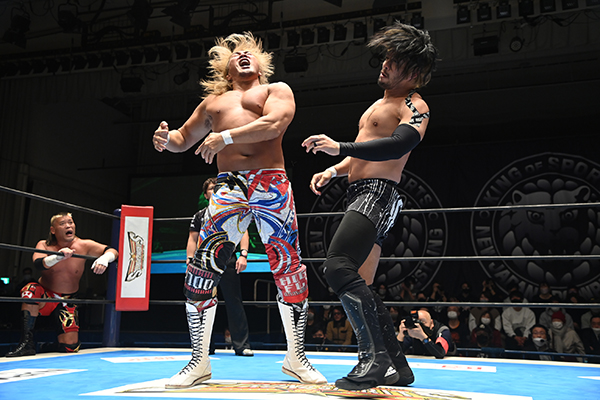 Eight man action will see a clutch of Osaka previews. All four pairings of Wato and Ishimori, KENTA and Tanahashi, Tama Tonga and El Phantasmo and Hikuleo and Jay White will be meeting on February 18, but while the NEVER Openweight Championship is on the line for Tama and ELP, the stakes are at their highest for Hikuleo and Jay White. One or the other will be wrestling their final match in Japan in the EDION Arena; with White now a month removed from an emotionally driven challenge to Hikuleo, what ground will he be laying in Sapporo to ensure that he keeps his spot as the Catalyst of Professional Wrestling in japan as well as elsewhere? 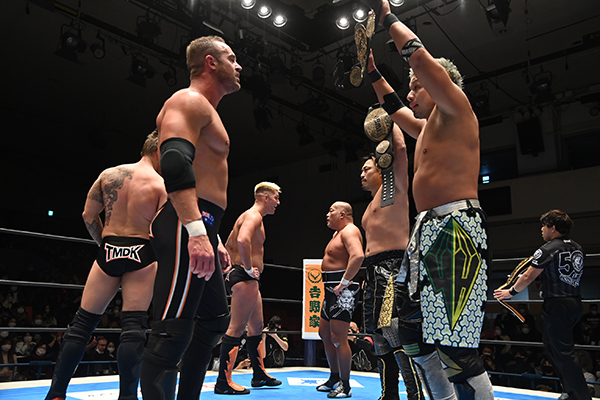 The second night in Sapporo on February 5 will see the NJPW World Television Championships and IWGP tag team titles both on the line; Bishamon will defend against Shane Haste and Mikey Nicholls while Zack Sabre Jr. faces the challenge of Tomohiro Ishii. With CHAOS taking a different Young Lion to battle every night against TMDK, there’s been a series of on the job training sessions for ‘official TMDK Young Lion’ Kosei Fujita through this tour. Tonight though, it might not be class in session as the title contenders focus on key matches Sunday. 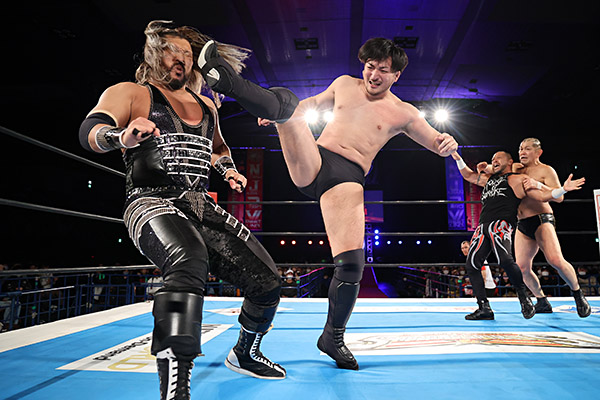 In the wake of Suzuki-Gun’s dissolution at the end of 2022, a like minded independent spirit and predilection for pain meant that El Desperado and Minoru Suzuki maintaining friendly relations was not a big surprise. More of a shock were the overtures the duo have made to Ren Narita since the start of the year; overtures that the Son of Strong Style still doesn’t seem to have processed or understood. Meanwhile Suzuki himself has made it very clear that he wants the NEVER Openweight 6 Man Tag Team Championships, titles officially held, but not worn by, EVIL, Yujiro Takahashi and SHO. The H.O.T duo are adamant that they have retired the belts, and with their prospective opposition, no small wonder. Suzuki, Narita and Desperado will be fighting to make sure this NEVER 6 Man retirement honors the tradition of many a wrestling retirement- ie that the belts get very unretired very quickly. 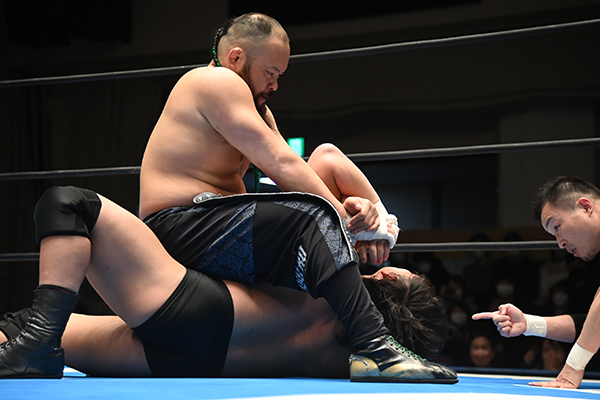 We start in Sapporo with singles action as great-O-Khan faces Oskar Leube. Having started the tour with a painful loss to Shingo takagi, Great-O-Khan is unlikely to be in a gracious mood. How long can the German Young Lion Leube survive the Dominator’s punishment?