YOH with the Strats and Skills to beat Hiromu in Korakuen 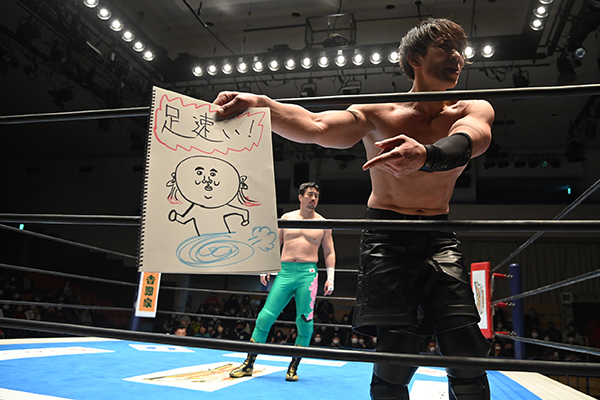 The main event on the second night of Road to New Beginning action in Korakuen Hall saw a double championship preview; Kazuchika Okada was preparing for Shingo Takagi February 11 in Osaka while YOH was getting set for February 5 and IWGP Junior Heavyweight Champion Hiromu Takahashi. 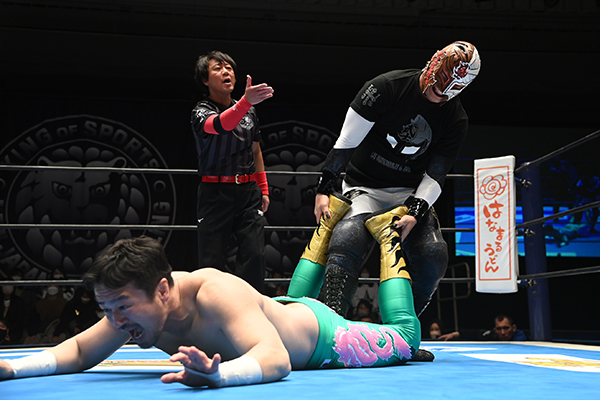 Rounding out the trios sides were BUSHI for LIJ and Ryusuke Taguchi as his opposite number. The Coach had a plan up his sleeve for YOH, in the form of a ‘comprehensive strategy guide’ sure to give the challenger an inside track. It was opened to page one this evening, with the stunning insight: ‘he’s fast’.

Certainly a high pace was set early in the bout, both junior champion and challenger fast out of the blocks with YOH gaining the upper hand. Taguchi continued to pile on the pressure with his offensive arsenal, but an attempt at the Bummer Ye was cut off by Shingo, who intervened and continued to trap Taguchi in the wrong part of the ring. 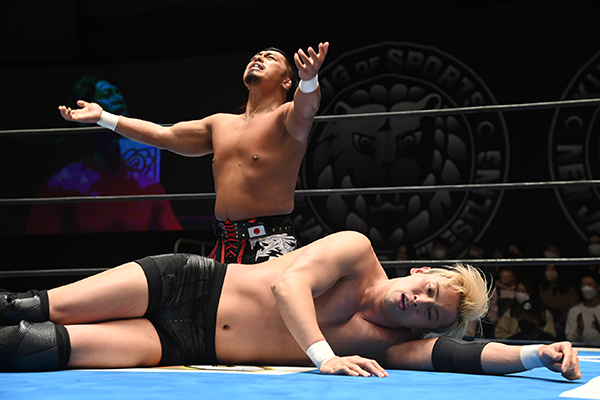 Despite the best efforts of Okada to provide assistance, Taguchi was trapped before a tornado hip attack brought in the IWGP World Heavyweight Champion. Okada built steam with attacks to all three LIJ members before sinking in the Money Clip on his Osaka challenger who responded with a rolling neckbreaker and sliding lariat. 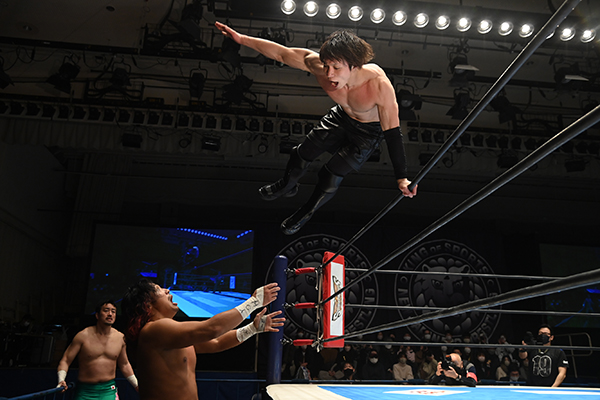 Made In Japan didn’t work for Shingo, and not did a Pumping Bomber attempt that was met with a classic dropkick. YOH and Hiromu were waiting to receive a tag, and came in to tear at one another with stinging knife edge chops. YOH was close to hitting Direct Drive on the champ, and while he was denied, a pop up powerbomb leading to a BUSHI tag, it was a delay of the inevitable. BUSHI could not score with an MX, and quickly felt YOH’s DNV before the Direct Drive and an emphatic win, YOH in the direct driving seat as Sapporo looms larger.