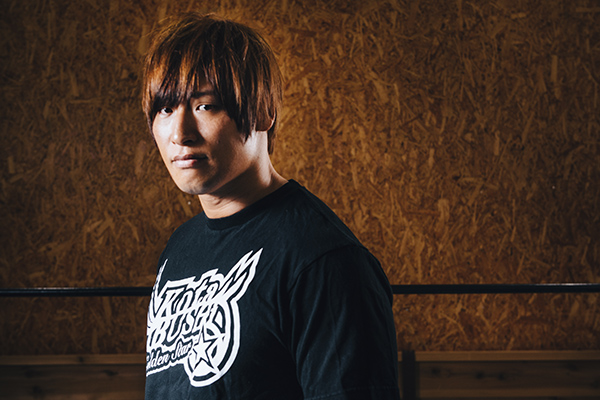 Exclusive Interview Part1 : Kota Ibushi speaks on the G1, his return, and the brutal Kamigoye! ‘I’m having the most pure, genuine fun I’ve ever had in wrestling!’

Kota Ibushi was one of the most talked about participants in this year’s G1. In this interview, the Golden Star speaks out on his match with Tanahashi and his new finisher, ‘Kamigoe’

–OK, first let’s talk about you being back in a New Japan ring, and being such a focal part of the G1. It’s been a couple of weeks now, looking back, how was the G1 for you?

Ibushi: Ultimately I wrestled more in that one month than in the two years before. I was a little wary of that beforehand, doing two years worth of matches in such a short time, but it actually turned out OK.

— There were fans and officials within NJPW as well who were worried whether you’d be able to finish.

Ibushi: I wasn’t worried about physically getting through the G1, it was more about finding the New Japan style again, finding the rhythm of those matches, and I think I did that.

Ibushi: I had faith in what I can do, and what I’d done in other companies while I was away, but was worried about whether that would gel with the New Japan style, especially with so many matches in a row.

–Worried about matching your style with New Japan’s while still giving your best. But in the end…?

Ibushi: It was much better than I’d expected.

–Before the G1, Naito was very vocal about how many matches you wrestled.

Ibushi: The thing is, I think I showed that wrestling isn’t about the number of matches you have in a year.

Ibushi: Right. Take this as an example. The finals, Naito v Kenny Omega, how long was that match?

–34 minutes 35 seconds. Actually, it was the longest G1 final in history.

Ibushi: OK, so my question to him is, could you wrestle 30 minutes plus every night for 19 shows? I’m not looking to tear into him, but my counter to his point is if you wrestle too much you can spread yourself too thin.

–Even if you wrestle 100 plus matches a year, not every match is as tough as the last.

Ibushi: Doesn’t he feel like he’s diluting himself? That’s what I want to ask. Maybe I’ve only averaged one match a month these two years, but I’ve put absolutely everything I have into each one.

Ibushi: Right, I guess you can say I’m as neat as you can get. 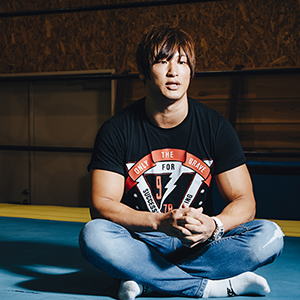 –Before the G1 started, you mentioned that New Japan today is a different place from when you were last here. How do you feel about that now?

Ibushi: I think New Japan started, in about 2014, 2015 advancing to a new level. 2016 I wasn’t around, so coming back in 2017 it really feels like they’ve kicked into this higher gear… although a part of that is a little dangerous, a little frightening.

–Can you elaborate on that?

–You said about the 2015 G1 that the only word that sprang to mind was ‘tough’. How did this year compare?

Ibushi: This year was just so much fun. Some of the most pure, genuine fun I’ve had in wrestling. I haven’t felt anything like that recently.

Ibushi: Right, not in WWE.

–Why do you think this time was so enjoyable?

Ibushi: This time it was about wrestling the way I wanted to wrestle. I always want to make the fans happy when I wrestle, but this time, more than that, I did what I wanted.

Ibushi: Yes. Not thinking about the fans and just doing what I wanted to do. Not doing a move because the fans wanted to see it, but…

–You weren’t responding to fans who were saying “I want to seeIbushi do this”. You were just doing what you wanted to do.

Ibushi: Exactly. But don’t get me wrong, I do like listening to the fans and giving them what they want to see. It was kind of a mix.

–You’re still aware of the fans, but more self assured in the ring.

Ibushi: Yeah. Up to now, I’ve been thinking ‘I have to pull out everything they want to see!’ and that’s been my focus. But now, my approach is to think for myself a little more.

–That makes one think of your comments after Kenny Omega vs Okada at the Tokyo Dome this year. You said it wasn’t the kind of wrestling you wanted to do.

–And with that in mind, do you feel you managed to show exactly what you wanted to?

Ibushi: Right. I would do something that was what I wanted to do, and I got a response for it, too. That’s what I mean when I say it was a fun experience. Not to say that wrestling’s a result of trial and error, but I got a good deal of confidence from trying things out and being able to think ‘ok, I can run with this’.

–Was there a point in the G1 where everything clicked for you?

Ibushi: I’d say before the G1 I didn’t feel it at all, and after the Naito match I was maybe halfway there. After the third or fourth match I really felt I was enjoying it.

–Around the Ishii match?

Ibushi: I wouldn’t necessarily say that was the start point, but man, that match was definitely fun!

–It would make sense that it would all lead up to the Tanahashi match in front of your home crowd in Kagoshima. How was that match?

Ibushi: Oh, that felt great. It was my first hometown match with NJPW as well. The reaction from the crowd was unreal.

–You said you hadn’t been to Kagoshima arena often..

Ibushi: Yeah, hardly at all, just once, as a fan.

–And here you had those three focal points, your home town, the main event, and your opponent being the Intercontinental champion, Hiroshi Tanahashi. And you won with Kamigoe; but that wasn’t the first time you used the move.

Ibushi: Right, I’d used it two or three times before that match, with Ishii and Zack Sabre Junior.

–When we talked to you at your public workout, you said you wanted to debut a new move, but that became you saying you couldn’t do it. Was debuting Kamigoe up in the air for you?

Ibushi: I actually had the move in mind for a while, so it wasn’t quite a matter of ‘this is the new move’, more that I wanted to see just how much power I could get behind that knee, and I couldn’t know for sure without trying it in a match.

–It’s very different in a match instead of with a training partner.

Ibushi: Again, I don’t want to say it was trial and error or pure experimentation, but it wasn’t until the Tanahashi match that I really felt I could run with that move.

–It’s certainly got a cool name.

–To a lot of long term New Japan fans, the move and its name will have them thinking of a certain wrestler.

Ibushi: To tell the truth, I’ve wanted to use a Boma-Ye like move for a long time. I’ve given a lot of thought to using the Boma-Ye. 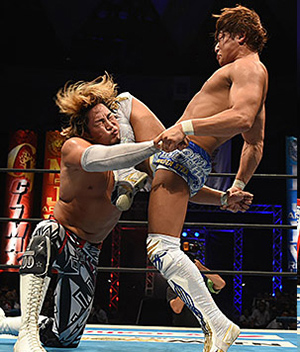 –That being the finish for Shinsuke Nakamura, in WWE now.

Ibushi: With that connection to Nakamura, I’d have liked to have pulled it off soon after he left for America, but I was away at that point..

–You missed your chance then, and decided to use it on your comeback instead.

Ibushi: Ever since we first faced each other in 2013, I’d felt I wanted to add something of Shinsuke’s to my moveset. Actually before he went to WWE, I met with Shinsuke. I don’t know whether he was kidding or not, but he told me ‘go ahead, you should totally use the Boma-Ye’. Those word stuck with me. I think it was a test, in a way.

–You read between the lines somewhat and got the message?

Ibushi: Right, I took it the way I took it.

–Did you feel an obligation perhaps, or rather a feeling of ‘ok, I’ll do it sometime?’

Ibushi: Right, but then I wasn’t wrestling. I thought ‘I’ll definitely do it when I get the chance’, and I didn’t get the chance. I did the tournament for WWE and thought, ‘as soon as I get back to Japan, I’ll do it’. But more time went by, and eventually this was the perfect time for it.

–And to use that move to beat Tanahashi, there’s something romantic about that.

Ibushi: When you think about the history between those two, there was definitely an intangible extra there.

–So, you’re now 1-1 against Tanahashi. Maybe your plans aren’t completely solidified, but do you feel you want to face him again?

Ibushi: Like I said after the match, I don’t feel at all like I’ve put Tanahashi behind me. And there’s the aspect of both those matches being in the G1. That’s not to say G1 matches are any less important or demanding, but they’re very different to a title match or a big singles match. So I definitely want to beat Tanahashi in a separate match.

–With Naito and Zack Sabre Junior, who’s challenging him in Hiroshima, you were one of only three to beat Tanahashi in the G1.

Ibushi: Right. So it’s Zack and Tanahashi next. I definitely want to face who comes out on top of that one. 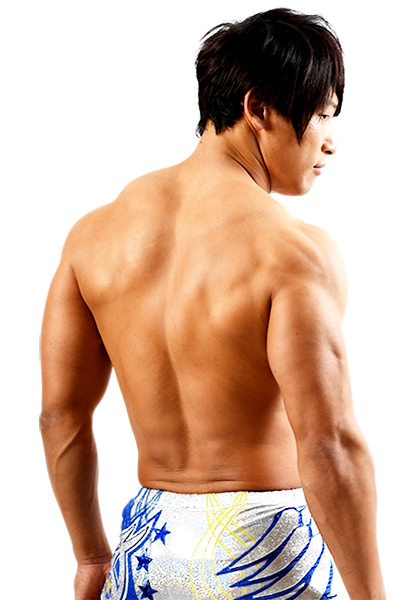