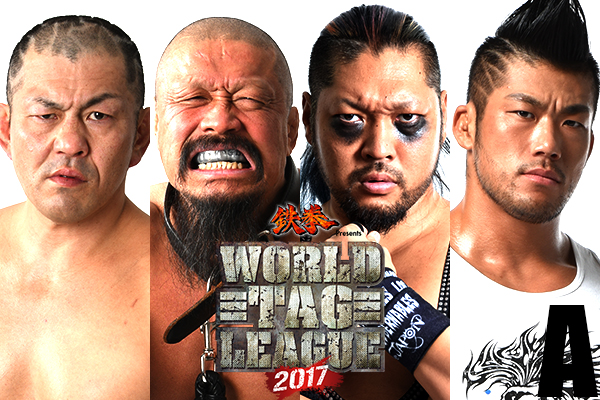 World Tag League 2017 entrants announced! Juice and Callahan! Elgin and Cobb! Henare returns! The tournament will kick off from Korakuen Hall on November 18 and will air on NJPWWORLD for FREE‼︎

▪️WTL 2017 tour schedule till the finals & tickets info each of event https://www.njpw1972.com/schedule/

▪️WTL 2017 all league matches will be Live-Streaming or VOD on http://njpwworld.com/

All 16 teams participating in this year’s World Tag League have been announced. The tournament will kick off from Korakuen Hall on November 18 and will air on njpwworld.com for FREE. From there, two blocks of eight teams will have league matches until December 9. Then, on December 11 in Fukuoka, the winners of each block will do battle to decide the winners.

This year, the World Tag League will have major consequences for Wrestle Kingdom. Those wrestlers who already have matches signed for the Tokyo Dome on January 4 will not take part in the league, with an emphasis put on remaining teams to secure their spots at the Dome. Okada, Tanahashi and Naito will still be a part of every show on the tour, while Kenny Omega will join the tour on the December 11 final. 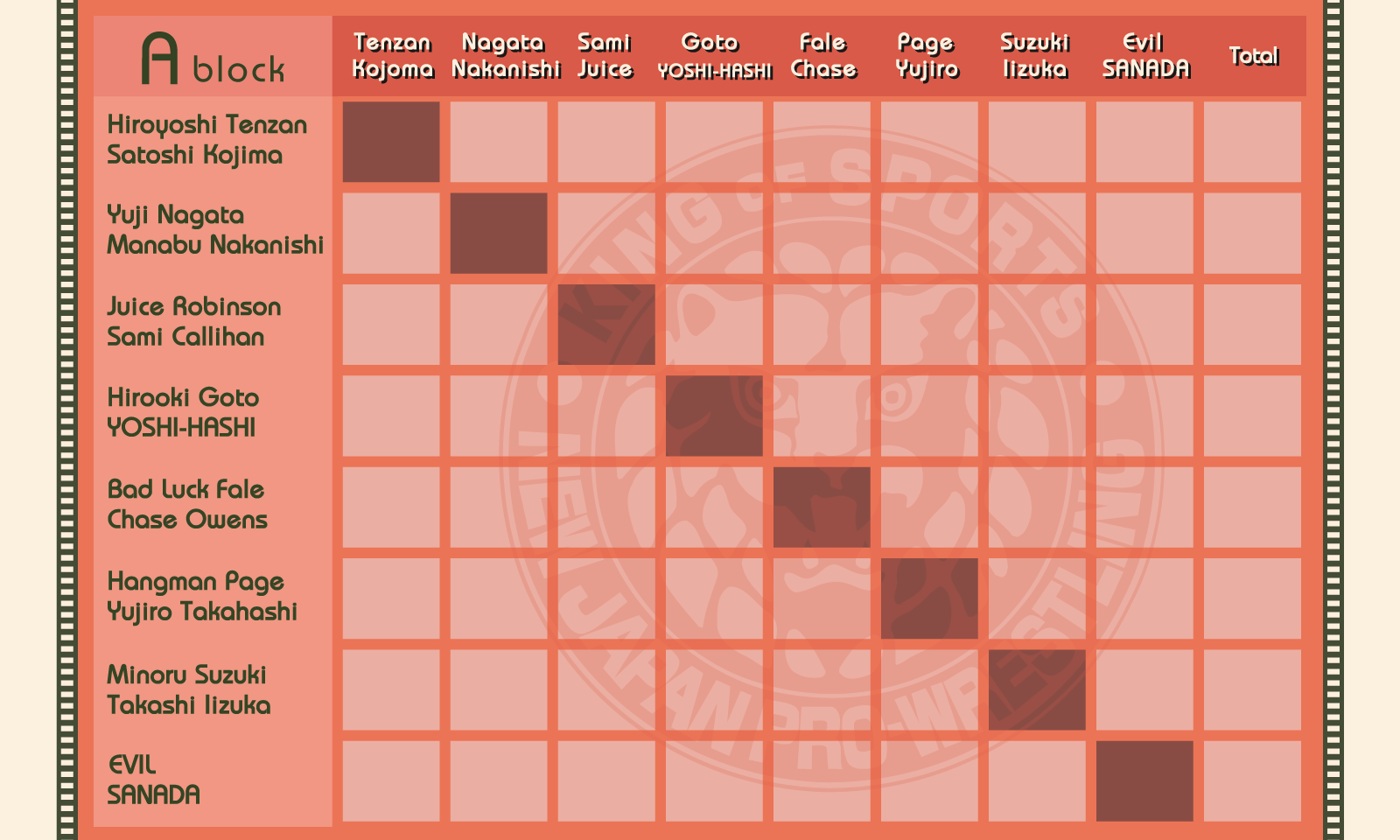 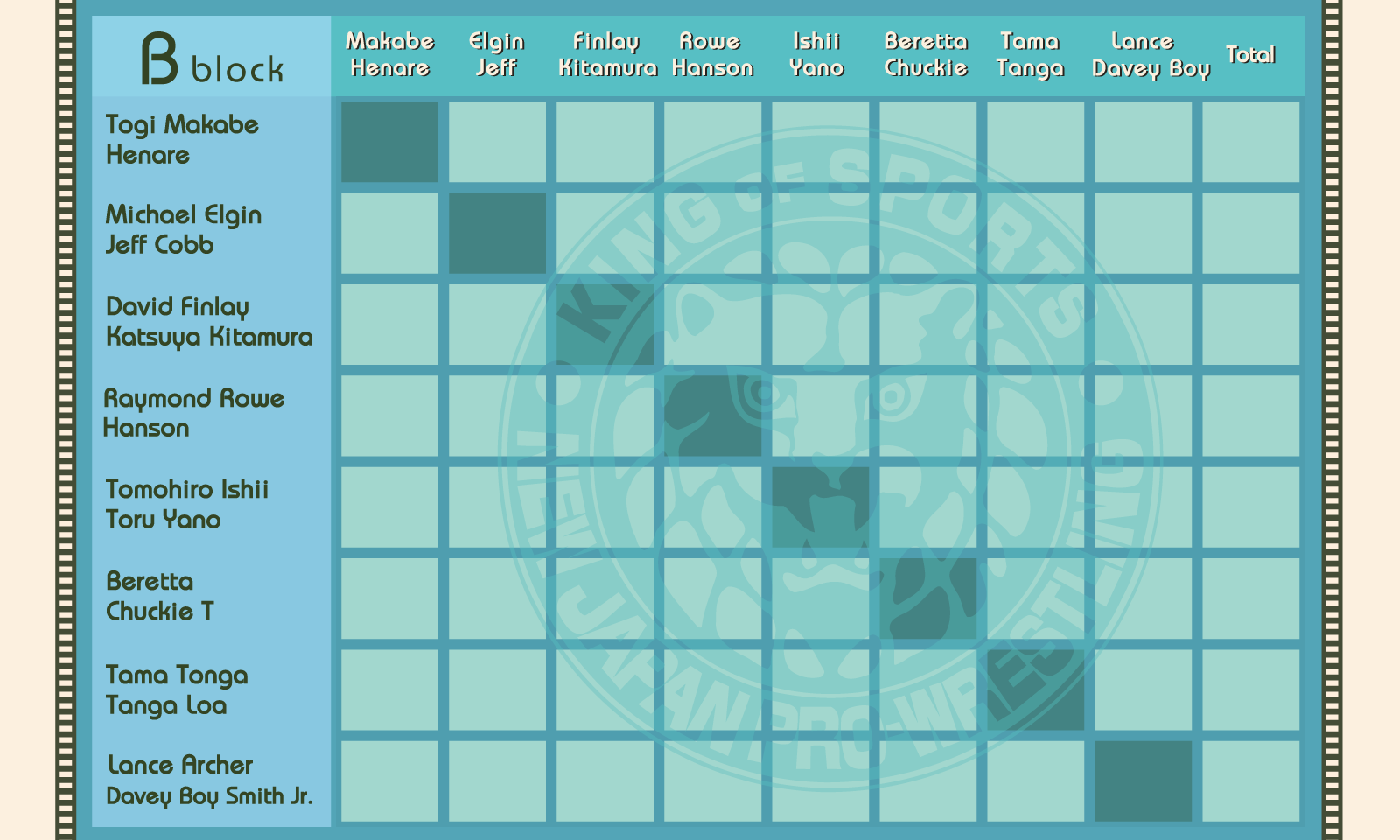 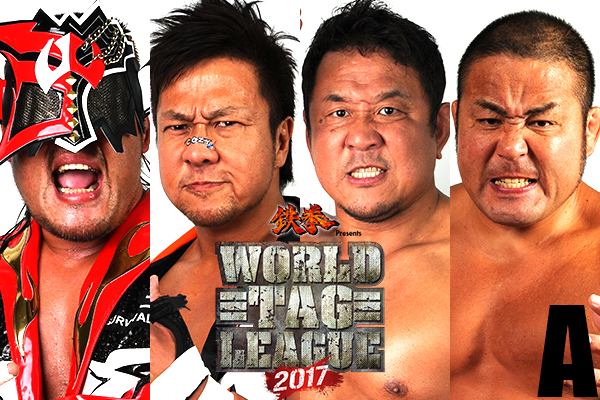 Leading the way in block A is the veteran living legend tag team of Tenkoji. Tenzan and Kojima have been trying for a Tag League win since 2008. Joining them in representing New Japan’s third generation are Nagata and Nakanishi. 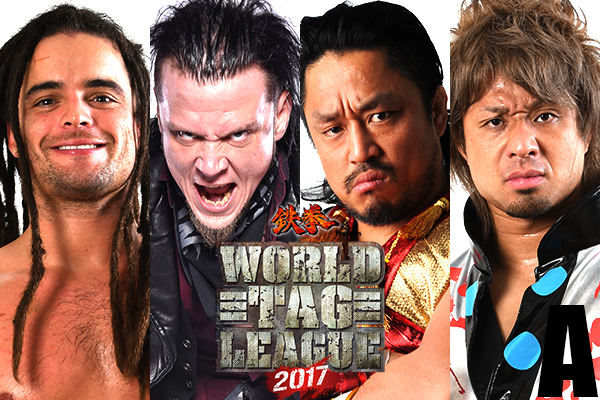 Juice Robinson has had a breakout 2017, with challenges for singles titles and a G1 debut. For the World Tag League though, he has a new partner in Sami Callihan. Debuting in 2006, Callihan is a veteran of the American independents. Joining WWE’s NXT in 2013, Callihan battled Juice, but now they find themselves partners.

From CHAOS, YOSHI-HASHI seeks to turn over a new leaf as he forms a new tag team with a man he’s very much in tune with in Hiroki Goto. Goto has had WTL success, winning in 2012 with Karl Anderson, and in 2015 with Katsuyori Shibata. Now he looks to secure his third win with a new partner. 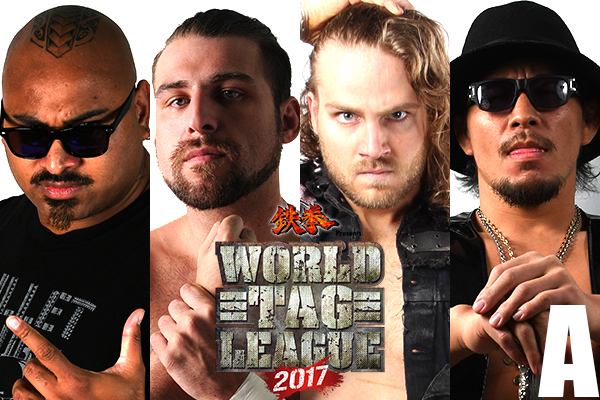 Two teams from Bullet Club will be in block A. Bad Luck Fale will bring the Crown Jewel Chase Owens to the WTL. Page and Yujiro meanwhile have challenged for the IWGP Tag Team Championships before. During the WTL, they seek to merge their undeniable physical ability with the fighting spirit required of worthy challengers.

Rounding out A block are SANADA and EVIL. Last year they came within a hair of Tag League glory before falling to Makabe and Honma, and will seek to go all the way this year. 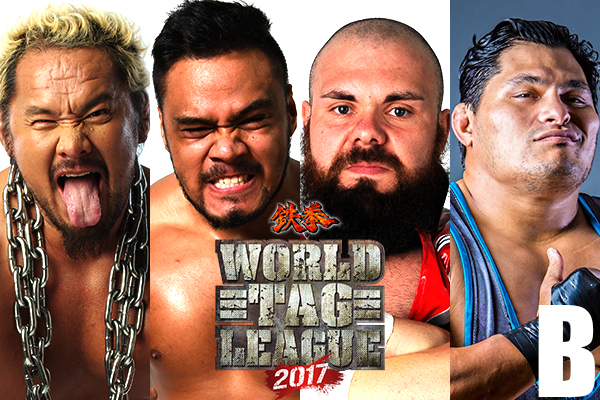 In block B, 2015 and 2016 Tag League champion Togi Makabe will have a new partner in Henare. As Tomoaki Honma continues to make his recovery, Henare will step forward, returning after suffering an Achilles’ tendon injury on February 21.

Michael Elgin will team up with the debuting Jeff Cobb. With a strong amateur grounding, Cobb represented Guam in the 2004 Olympics. Now two men with superhuman strength seek to make a huge impact. 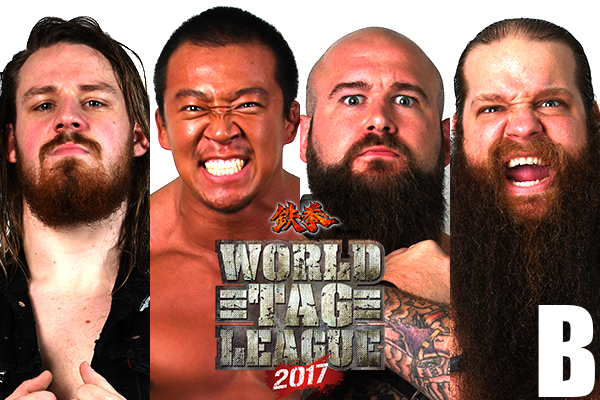 Dojo leader David Finlay will form a fresh tag team with a giant fast outgrowing his Young Lion status in Katsuya Kitamura. The ‘Wrestling Monster’ will seek to make a sizable mark in the tournament, as will his more experienced partner.

Former IWGP Tag Team Champions Hanson and Rowe, War Machine, will be in Block B. The fearsome pair only recently lost their titles on September 24 in Kobe. This WTL is a chance for redemption and to retake their spot at the top of the tag team ranks. 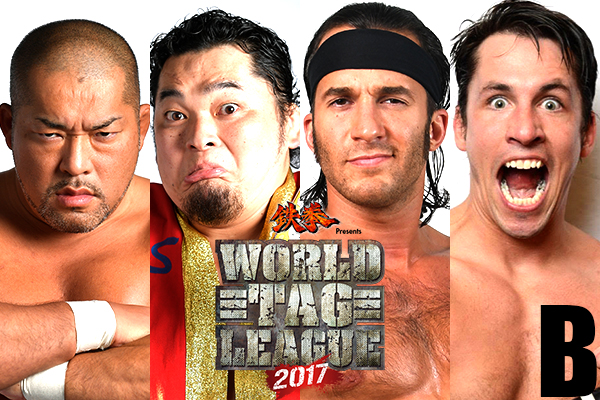 Two teams will represent CHAOS in B block. First, Tomohiro Ishii and Toru Yano will be Tournament dark horses after injecting themselves into the tag title scene post World Tag League last year. Then an ROH tag team will look to make the WTL a good deal friendlier as Beretta brings Chuckie T to give the Best Friends their New Japan debut. 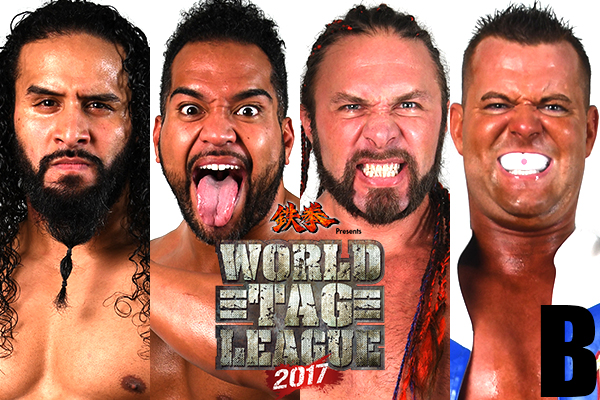 The Bullet Club is represented by three time tag champions Guerillas of Destiny. Defeated in the finals last year by GBH, Tama Tonga and Tanga Loa are out for revenge.