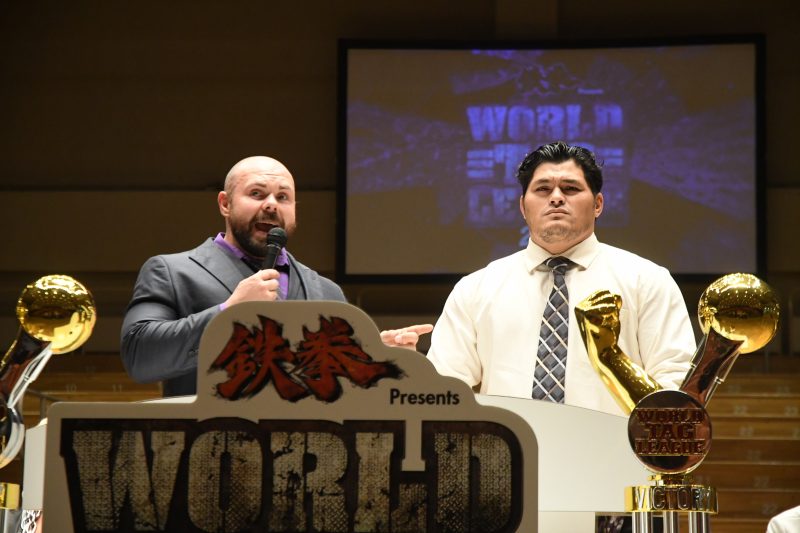 Exclusive Interview : Jeff Cobb talking about NJPW, His experiences outside the ring in Japan, World Tag League tour, Teaming with Elgin, His goals… 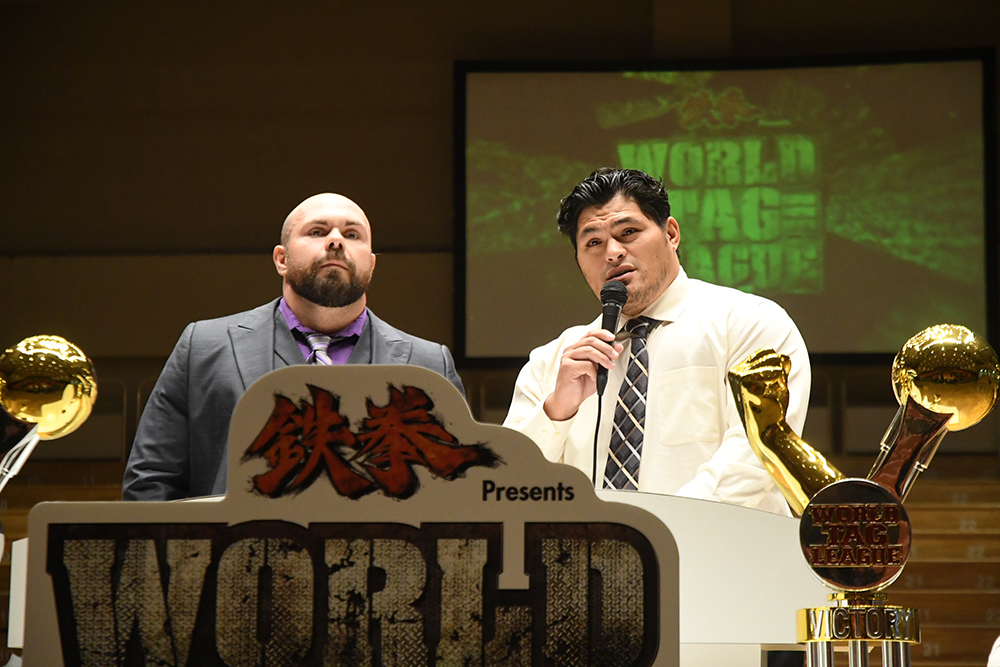 Jeff Cobb is participating in his first tour with New Japan Pro Wrestling as part of the 2017 World Tag League with his partner, Michael Elgin. The 35-year-old is an eight-year pro, but his experience in wrestling goes back further than that. Cobb is an accomplished amateur wrestler and represented Guam in the 2004 Summer Olympics.  Cobb has been on a meteoric rise in pro wrestling over the last two years. He’s branched out from working in his home state of California to companies all over the United States, as well as Mexico and Europe. He’s known for a variety of suplexes and throws that can disorient and destroy opponents thanks to his unique abilities.  I caught up with Cobb during a rare moment of downtime during the World Tag League tour to get his thoughts on making a lasting first impression in NJPW, his experiences outside the ring in Japan, the grueling schedule, teaming with Elgin, his goals in New Japan, and the story of getting his hair done by Hiroshi Tanahashi.

Your first action in a NJPW ring was suplexing all four of your Chaos opponents in Korakuen Hall. Could you have asked for a better way to make a first impression?

Jeff Cobb: If our team won, it would have been the icing on the cake. Throwing them all was a great introduction and I would gladly do that again.

In that same match, you had face-off with one of the best wrestlers in the world, Tomohiro Ishii. Were you nervous about that? What was that experience like?

Cobb: That was definitely someone I was looking forward to wrestling. His aura and presence is just amazing. They don’t call him the “Stone Pitbull” for nothing. It was so much fun getting to throw him around. When we wrestled in our tag league match, it was great to trade blows with him. He’s so good. He’s so amazing. If the world doesn’t know him, they should. 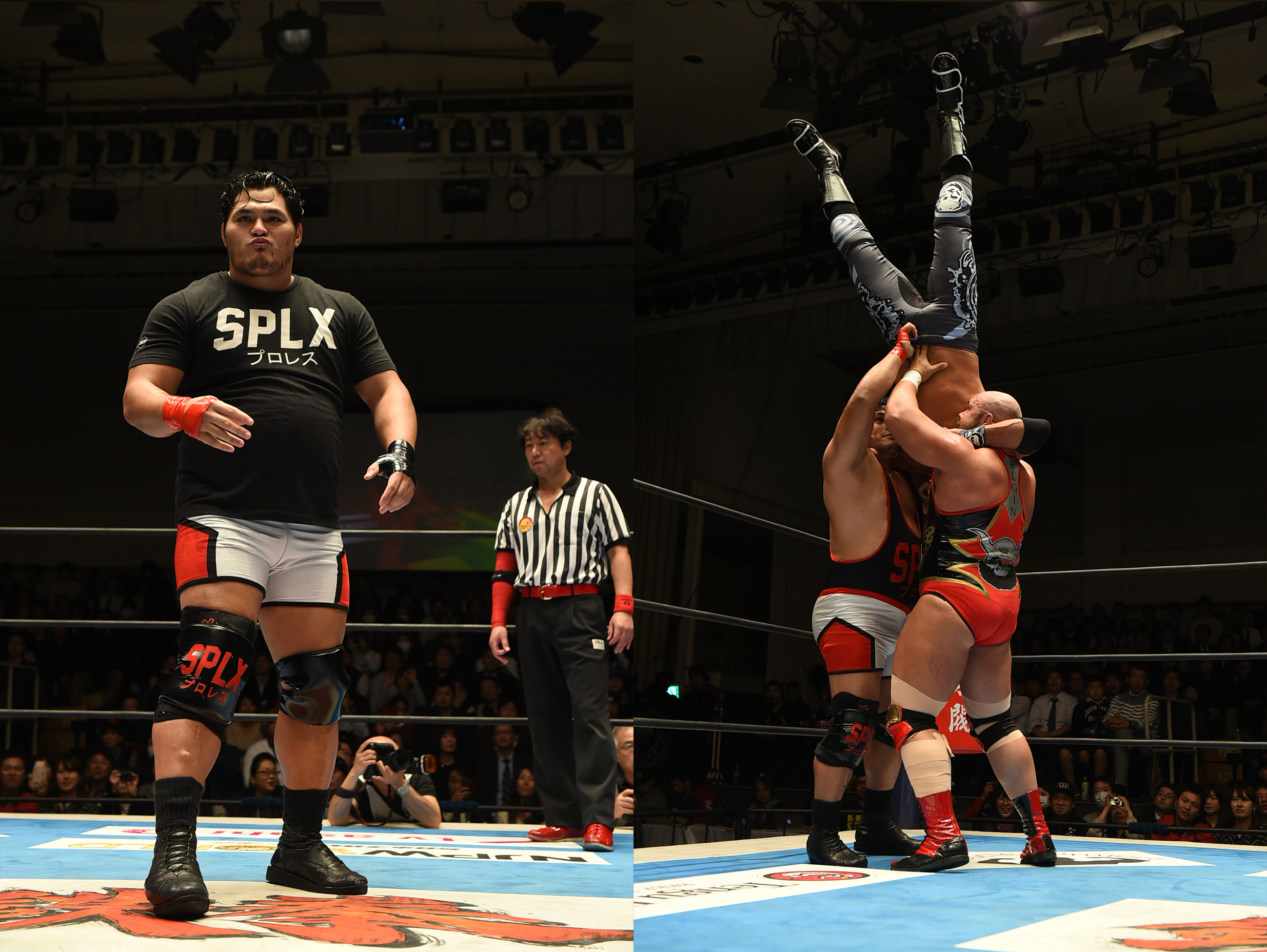 – When you arrived in Japan, what was the first non-wrestling activity you wanted to do?

Cobb: I’ve been here before, so I’ve done the tourist thing. As an amateur wrestler, I was here for three months training, but this is my first time back since 2003.

– Did that experience of being in Japan as an amateur wrestler prepare you for returning for this tour with NJPW?

Cobb: It did because I’m used to the vibe and atmosphere of being in Japan, but it’s been 14 years since I’ve been back. I’m coming back for a totally different machine that is New Japan. I wasn’t prepared for fans stopping me on the street for autographs and pictures. That’s crazy.

– Has that been a regular occurrence during the downtime of this grueling schedule?

Cobb: In Japan, yes. In America, not so much. Japan’s been crazy. When we’re in a new town and a new hotel, there’s always people at the hotels waiting for us. Not rude, just outside waiting. They’re very polite when they ask for autographs. They’re very polite when they ask for pictures. It’s really cool. I wasn’t prepared for that. It’s a new thing for me. It’s a humbling experience. I’m down for signing anything.

– When did New Japan come on your radar?

– As a former IWGP Intercontinental Champion and now a NJPW vet, what did you ask your tag partner Michael Elgin about working in New Japan? What did you want to learn about?

Cobb: I asked what Japanese people like as opposed to American fans and what they are accustomed to seeing. Little things like that.

– You and Elgin have an impressive tag team move when you trade off an opponent in a stalled vertical suplex. How did you come up with that and does it have a name?

Cobb: That does not have a name. That’s actually a move that Elgin uses when he teams with Brian Cage in America, so we figured we would do that here because no else will do that and no one else can do that. We’ve adopted it over here.

– Will we see other tandem moves?

Cobb: We haven’t had too much time to come up with tandem offense, but we’ve got one or two things that we’ve used in our matches. We haven’t really thought of a team name yet. For some reason, I thought the Super Strong Team would fit, although I think there was a wrestler called Super Strong Machine. I’ll do some research and run it by Mike and see if he wants to be called Super Strong Team. I don’t know what that translates to in Japanese, but it might sound cool.

– While you’ve had success outside of Japan as a tag wrestler and as a singles wrestler, so what’s it been like to be part of a tournament like this? Is this the most grueling schedule you’ve had as a wrestler?

Cobb: Most grueling? Yes, because it’s 19 matches in 21 days plus traveling halfway around the world. You’re wrestling some of the best guys in the world. In our bracket alone, the current tag team champions in KES, Lance Archer and Davey Boy Smith Jr.. Then, you have guys that have been teaming on a regular basis like Chuckie T and Beretta. You also have Chaos’ Yano and Ishii. Plus, we’re in a bracket with GOD, who are former tag team champions just like War Machine. The nights we’re not doing tag league matches, we’re doing six-man, eight-man, ten-man tags with guys in our block, so it’s a grueling schedule. The talent level is there. It’s definitely the toughest thing I’ve done to date so far. It’s wonderful, though. I enjoy every minute of it, no matter how sore I am at the end of the night.

– In the free time you’ve had in Japan, what’s been your favorite activity not related to wrestling?

Cobb: Probably going to the Gold’s Gym here and trying to find Gold’s Gym t-shirts and tanks with the town name on them. Well, trying to find ones that actually fit us. Also, going to a place called Pepper Lunch. It’s just a quick, five-minute turnaround for steak. It’s wonderful. I don’t know why we don’t have Pepper Lunches in America. One of War Machine’s goals is to open a Pepper Lunch in America. I’m gonna see if I can beat them to it. 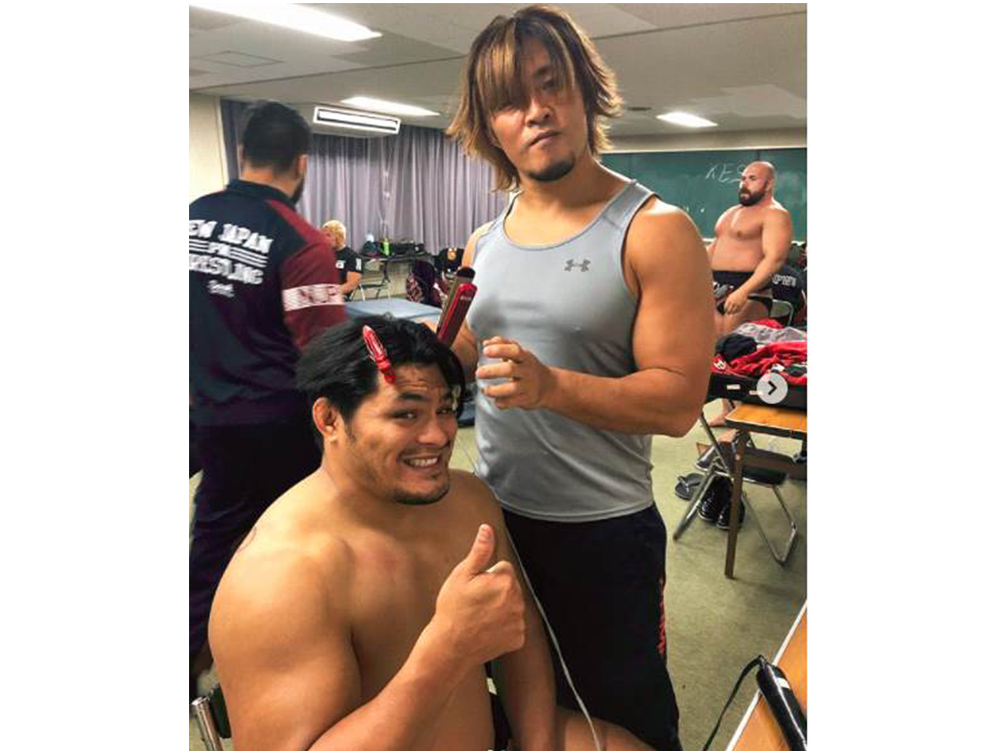 – There are pictures on your Instagram of you getting your hair done by Tanahashi. Were you the only one? Did you volunteer? Can you even say no if he asks? How did this even happen?

Cobb: Everybody here is really friendly. Tanahashi, that’s the Ace of New Japan. He was doing his hair one day and I came over and talked to him for a little bit. I just asked how long it takes, how long he’s been doing it, do you ever get tired of doing it? We teamed one night and I told him next time we team up, you have to do my hair. He said, “I’ll do your hair tomorrow.” Tomorrow came and he already unplugged his curling iron or straightening iron. I don’t even know what it’s called. So he said, “I promise, tomorrow.” I thought he would forget, but when I showed up to the venue, he was doing his hair and when he finished he said, “Jeff-san, I do your hair?” I said, “If you want to, man.” It turned into this big thing and that picture turned up on Instagram and it got retweeted by a lot of Japanese fans. It was super cool. He’s got great hair. I mean this in a very nice way, he’s an attractive man. When a very attractive man is doing your hair, I felt even more attractive after he did my hair, so I can’t turn that down.

– Other than winning the World Tag League, what are your other goals in NJPW?

Jeff Cobb and Michael Elgin are currently proving themselves to be formidable foes in World Tag League, Block B. They have their eyes on winning the block, facing the winners of Block A and then challenging the current IWGP World Tag Team Champions Killer Elite Squad.  （Interviewed by Matt Camp） 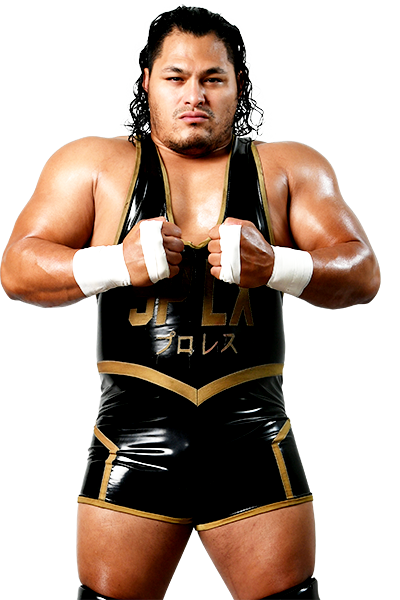