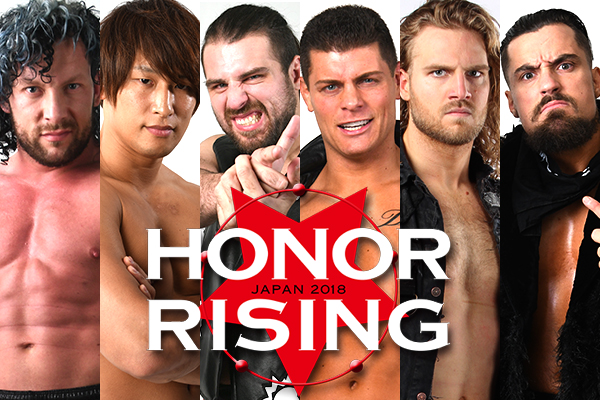 Card set for Honor Rising night one February 23! Ibushi and Omega in 6 Man action! NEVER title on the line!

The card for night one of Honor Rising 2018 has been locked down. The Bullet Club explodes, and Kota Ibushi and Kenny Omega stand in the same corner at last.

This all goes back to New Beginning in Sapporo on January 28. After Omega shockingly lost the IWGP US Championship to Jay White, he was involved in a heated confrontation with Cody, Hangman Page and Marty Scurll. When the Young Bucks were caught in the crossfire, Cody hit the Cross Rhodes, laying Omega out. Before more damage could be done by Cody with a steel chair, Ibushi made the save, leading to an emotional reunion for the team known as the Golden Lovers.

Now, Ibushi and Omega appear to have at least one Bullet Club ally in Chase Owens as they head to the ring for six man tag action. On night two, it’ll be the Golden Lovers taking on Scurll and Cody. It’s a tumultuous pair of matches: Ibushi and Omega are back together at last, but on the backdrop of the Bullet Club exploding and a struggle for power. These matches will have huge repercussions for the entire wrestling world. 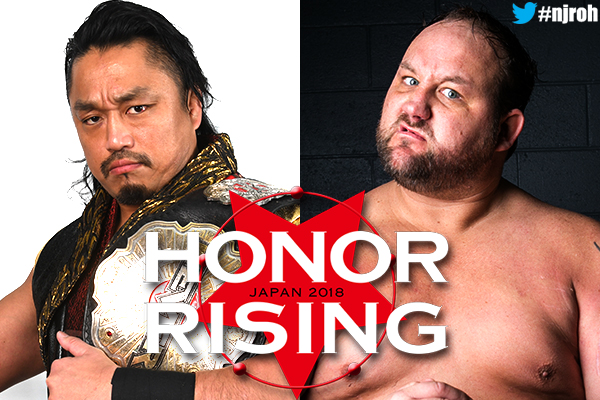 In the semi-main event, the NEVER Openweight Championship will be on the line, Hirooki Goto defending his title against the Beer City Bruiser. Making his Japanese debut, Bruiser is a 17 year veteran of the American scene, debuting for World League Wrestling in 2001 and becoming part of the Ring of Honor roster in 2015. Having proved himself in feuds with the likes of ROH World Champion Dalton Castle, the 280 pound Bruiser could halt a Goto riding high on the momentum of a successful defense against EVIL. 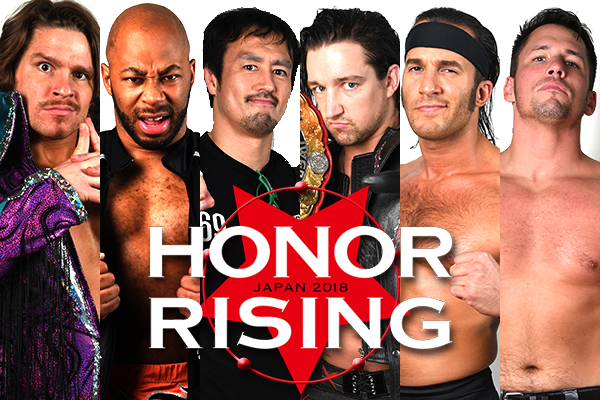 Another six man tag match on the 23rd will serve as a preview of an ROH World Championship bout the next night. On the 24th, Beretta will challenge Dalton Castle, and the night before, each man will captain a team. Castle has partners in the fundamentally flawless Jay Lethal and the rather more unorthodox Ryusuke Taguchi. For Beretta meanwhile, it’s a combination of trust in the form of Best Friend Chuckie T, and unease in the shape of Switchblade Jay White. With his World Tag League 2017 partner and the new IWGP US Champion on his side, Beretta will look to make a mark before one of the biggest matches of his career. 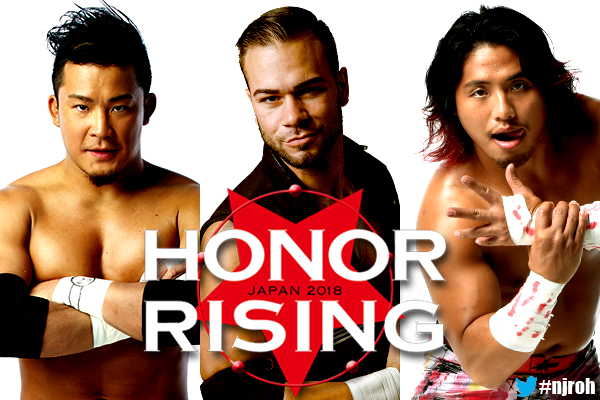 Fourth on the card is a unique three way matchup. KUSHIDA and Hiromu Takahashi are old rivals, but inserting himself into the mix is dynamic high flier Flip Gordon in his first match in a New Japan ring. Gordon only debuted in 2015, but you will not want to take your eyes off this innovator’s aerial offense. For Gordon, it’s a huge opportunity to make a massive first impression, and make himself known to the IWGP Junior Heavyweight division in a big way. 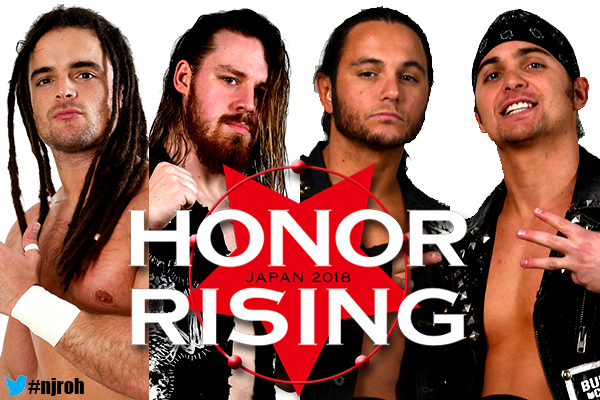 We’ll also see the Young Bucks face David Finlay and Juice Robinson. It seemed in Sapporo that The Elite was no more, but with Matt and Nick Jackson separate from Kenny Omega on both Honor Rising cards, there’s a lot of questions still to be answered. Perhaps we’ll get a hint of what’s in the Bucks’ minds and futures on the 23rd- or perhaps their distraction will see Finlay and Juice to victory.

Honor Rising 2018 goes down February 23 and 24th from Korakuen Hall, and you can catch all the action live and in English on https://njpwworld.com/