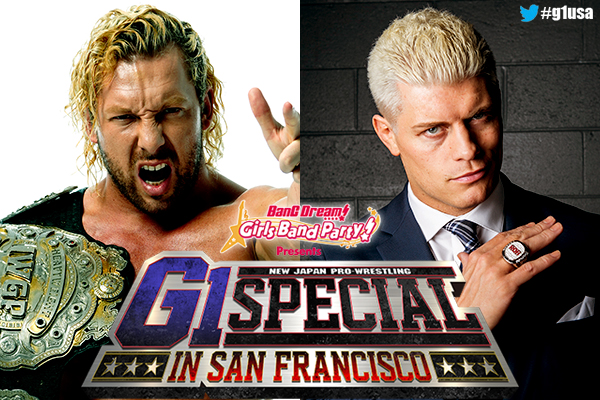 It’s almost time! With the full card revealed, check out our preview of the G1 Special as NJPW hits San Francisco!

As previously announced, Kenny Omega will defend the IWGP Heavyweight Championship against Cody in the Cow Palace. Will the civil war in the Bullet Club finally be ended? And who will be left standing when the dust settles? 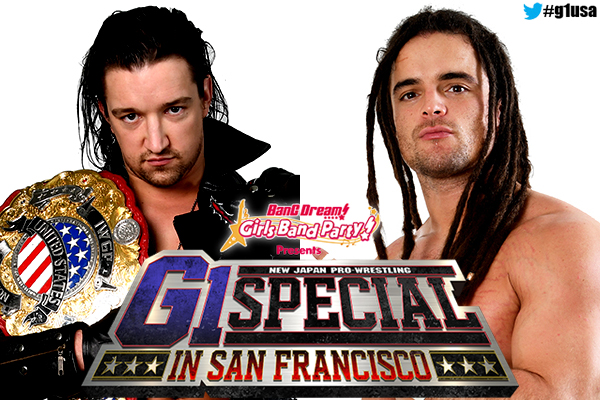 Juice Robinson’s challenge to IWGP US Heavyweight Champion Jay White will be the semi main event. On June 18 in Korakuen, Juice fractured his fifth metatarsal as a result of a brutal steel chair attack from the Switchblade. Juice’s self confidence is shaken as he commented ‘I think all night about how to beat Jay White, and I haven’t figured it out yet’. But Juice’s fighting spirit is not to be denied, and the Flamboyant One is spending the remainder of the Kizuna Road tour wrestling in a cast so as not to take time off. Could his heart finally win out? Will he make good on his 6/20 promise to damage White’s ‘pretty face?’ Or will he eat the cold steel of the Switchblade?

At the champion’s request, Hiromu Takahashi takes on the challenge of Dragon Lee! 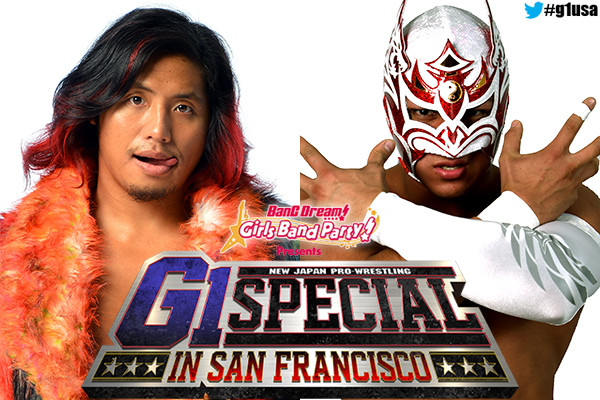 One of the modern era’s most passionate wrestling rivalries hits SF when Hiromu faces Dragon Lee. During the Best of the Super Juniors, the pair met in Osaka where neither took their foot off the throttle. A wild and dangerous affair saw Lee beat Hiromu with his Dragon Driver. But Takahashi would go on to win BOSJ overall, and win the IWGP Junior Heavyweight Championship at Dominion before riding that momentum through a hard fought defense against El Desperado on June 18. Post match, Hiromu called out Lee, inviting him to ‘come and play’. This feud has spanned promotions, countries and continents, and now lands in the world famous Cow Palace. 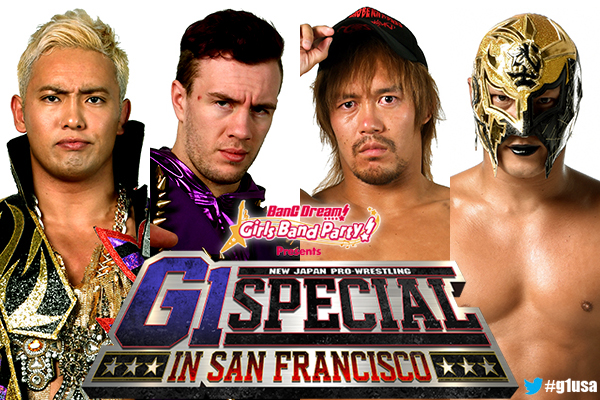 Former IWGP  Heavyweight Champion Kazuchika Okada will team up with Will Ospreay to face Tetsuya Naito and BUSHI of Los Ingobernables De Japon at G1 Special. The Okada and Naito rivalry tore up arenas in Japan and is now set to blow away the Cow Palace. 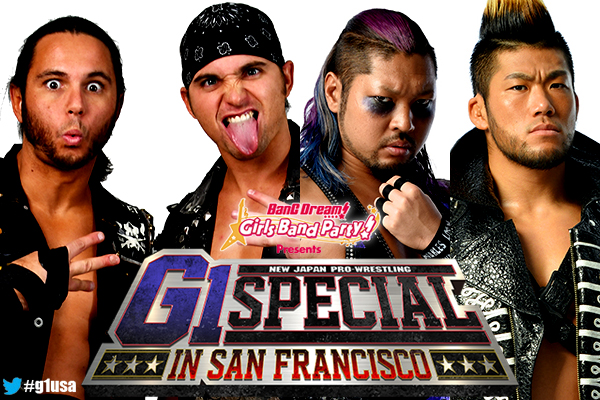 Meanwhile, at Dominion, the Young Bucks scored a historic victory over EVIL and SANADA. Matt and Nick Jackson have long proclaimed themselves to be the ‘best tag team in the world’ and in Osaka they won the gold to back up their popularity and athletic ability. After holding the IWGP Tag Team Championships for the first half of the year though, EVIL and SANADA will want to make the Bucks’ time at the top a short one in this title rematch.

Jeff Cobb gets his first NJPW singles match… against Goto for the NEVER title! 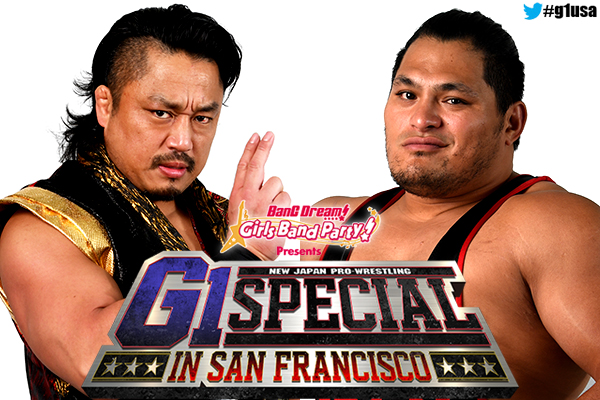 The NEVER Openweight title is also on the line at G1 Special. The NEVER belt has been in a state of flux of late; Hirooki Goto was deposed as champion by Michael Elgin, but was never pinned for the belt as Elgin beat Taichi in a three way match. In a singles environment after a hard fought bought June 16 in Korakuen, Goto prevailed. Jeff Cobb stepped up after the match and challenged Goto- and Goto backs down from nobody.

Cobb is a relatively fresh face in NJPW, having debuted in the World Tag League last year alongside Elgin. His awesome power and agility wowed fans however, and Cobb has some amazing amateur credentials, having represented Guam in the 2004 Athens Olympics. Can he bolster his pro resume with his first New Japan championship? 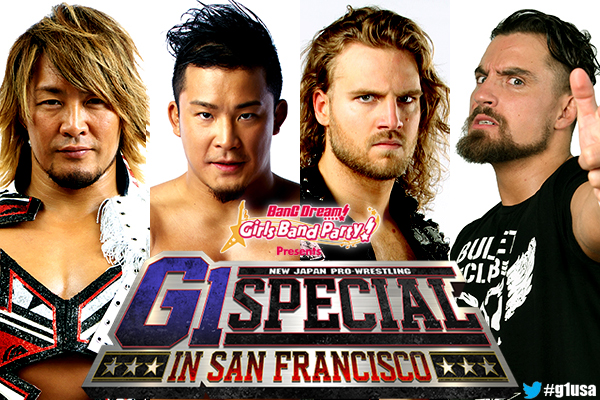 Hiroshi Tanahashi and Hangman Page will square off in tag action in what will serve as a preview for their G1 Climax A Block encounter.

Back at Dontaku May 3, Page stood in the ring in his first main event, and while he fell to Kenny Omega, he proved his worth enough to be allowed into his first G1. For Tanahashi, this G1 is a chance for redemption, having come up short when challenging for the IWGP title May 4.

Meanwhile, each man will have a junior heavyweight tag partner familiar to US fans. Marty Scurll has taken the Villain Club worldwide, while KUSHIDA is arguably NJPW’s most well travelled and hardest working roster member. This one is sure to fire up the SF fans.

Ishii and Yano take on Suzuki and ZSJ! And KING HAKU makes an appearance! 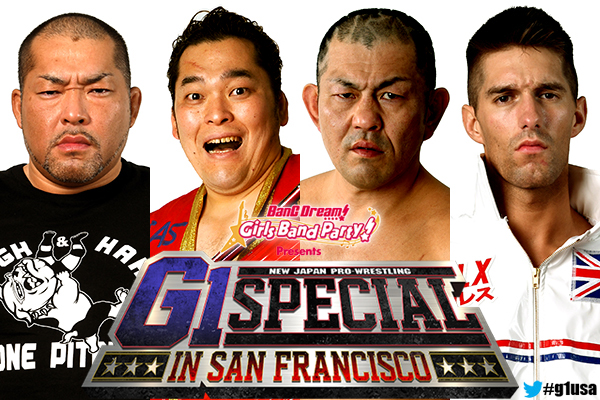 Tomohiro Ishii and Toru Yano will team up in Sam Francisco to face Minoru Suzuki and Zack Sabre Jr. This is a rematch from Dominion, a tag encounter that would see Ishii and Suzuki tear into one another after the bell and brawl all the way backstage. As if things weren’t volatile enough between these two, the match goes down less than a week after Ishii defends the RPW British Heavyweight Championship against Suzuki in the UK. However that match goes, expect the bad blood to flow into this tag meeting. 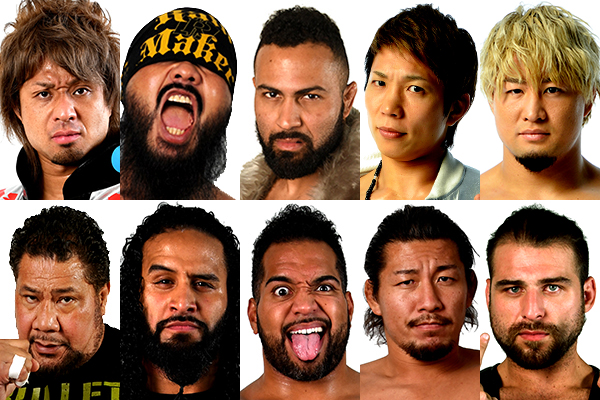 Finally, our opening bout sees Bullet Club against CHAOS in ten man tag action. Chase Owens and Yujiro Takahashi will team with Guerillas of Destruction and some awesome backup in the form of their legendary father, King Haku! They’ll face the Roppongi 3K trio of SHO, YOH and Rocky Romero, Gedo, and a G1 entrant looking to make a mark before the tournament in YOSHI-HASHI.

G1 Special in Los Angeles will air live in the US on AXS TV! (NJPW World VOD after the event). For those outside the US, watch the whole event live on https://njpwworld.com/!