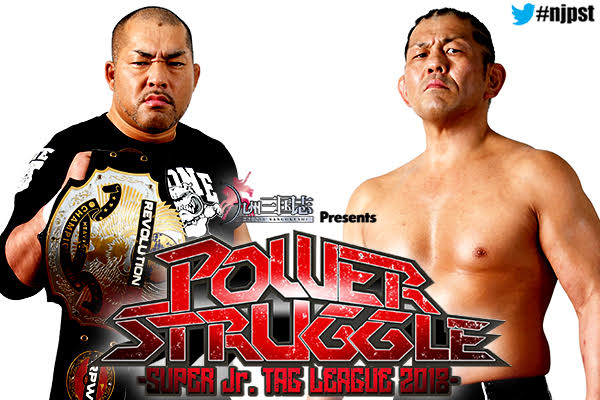 RPW British Heavyweight Championship is now on the line at POWER STRUGGLE!!

The card for “POWER STRUGGLE ~ SUPER Jr. TAG LEAGUE 2018 ~” on November 3rd (Saturday) has been updated. In a championship match for the British Heavyweight Championship Tomohiro Ishii will face off against the challenger, Suzuki Minoru.

This match will be a rematch of the RPW “Global Wars UK” tournament / British Heavyweight championship match held on October 14th, in London. Ishii, after a fierce fight against the champion Suzuki, finally won with a Vertical Brainbuster and took back the British heavyweight title.

A furious Suzuki said backstage; “Ishii! Oi, Ishii! That thing in your right hand, it’s mine! It’s mine! Return it immediately, you bastard!”

With tension ratcheting-up over the British heavyweight championship, will things finally boil-over in Osaka?

This event will be live-streamed on https://njpwworld.com/