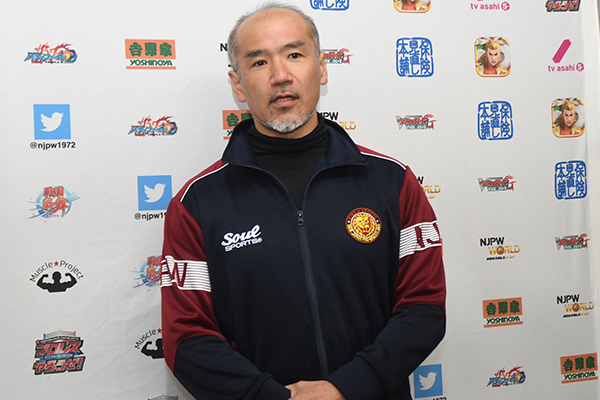 NJPW medical trainer Takeshi Misawa announced a comment about the current situation of Tomoaki Honma’s injury before the match at Ota on March 6.

Misawa: ‘Honma suffered an injury to his spinal column. There was swelling between the third and fourth cervical vertebrae, which led to some paralysis. The following day, he was gradually able to regain some motion in his hands and feet.
Now he is able to move his feet a fair amount, and he can grip objects and bend his elbow. He is making progress day by day.
The biggest worry with an injury between the third and fourth vertebrae is the effect it can have on circulation and respiration. At this point he is out of the most dangerous period of the first couple of days after the injury. As such he was moved from the ICU this afternoon and we hope he will continue to recover from there.

(From the press)
— Is Honma conscious?

Misawa ‘He was conscious when it happened. He was talking in the ring.’

— There was talk that he wasn’t able to speak properly.

Misawa ‘He was able to talk. Obviously he wasn’t able to put much strength in his speech, but by the time he got to the hospital he was talking normally.’

— This is a difficult question, but what is the prognosis from here?

Misawa ‘With an injury between the third and fourth vertebrae, there are cases where people are unable to recover. That said, I’m very happy to see him make progress day by day, and we just have to monitor things from here and see how it goes.’

— What has Honma said to you?

Misawa ‘He’s saying that he’ll get better, that he’ll absolutely be in the ring again. He apologized for making the fans worry, said some normal stuff, cracked some jokes. He’s doing well in that regard.’

— What are the treatment options for him going forward? Will he have surgery?

Misawa ‘When it comes to the spinal column itself, there’s very little you can do positively through surgery. Right now, we just have to wait for him to recover on his own. It may well be that down the road he has surgery, much like Manabu Nakanishi did, but that’s not something we’re thinking of now, that’s for down the line.’

— It’s waiting for the swelling to go down?

Misawa ‘Well, not quite. The easy way to think about it if you sprain your ankle, it swells up. The spinal column is the same way. When that swelling goes down, then things settle and you get better from there.’

— So you hope that the swelling goes so that things can progress.

Misawa ‘Correct. Actually we’re already seeing that. Where the spine differs from a torn ligament, sprained ankle or broken bone is that you never know to what extent you can recover. That’s something we really can’t know for a few months. There are cases where it gets better overnight, and others where the paralysis is permanent to some extent. It’s really just hoping for the best right now.’

— Can you explain just what happened when the injury occurred?

Misawa ‘I didn’t actually see the move itself, I just rushed into the ring and he told me “I can’t move”. He was quadriplegic at that point. As we were getting ready to move him I was checking his feet and hands but he couldn’t move.’

— He’s currently in hospital in Okinawa- will he be moved to Tokyo soon?

Misawa ‘Right now, undue movement that could vibrate the spinal column is something that could make things worse. So he’ll be in Okinawa for the time being until things settle down and we’ll reassess.’

— Are his family present?

Misawa ‘Right now there’s another trainer with him. We’re in constant contact with his family, but as things aren’t life threatening right now, they aren’t present.’