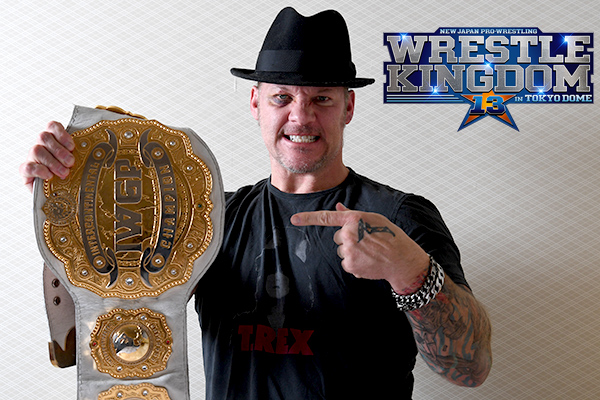 “He didn’t win. I won, just like I said I would” – Interview with Chris Jericho, Part 1

After his victory over EVIL in the main event of POWER STRUGGLE on 3rd November 2018, we sat down with Chris Jericho to get his impressions on how he thought the match went. In the first part of this two-part interview, he talked about his fight the previous night, his history in Japan and the tribute he paid to his late mentor during the match.

Interviewer: Last night you had a very impressive match against EVIL, this time was your first opportunity for a main event in NJPW. Tokyo Dome main event was actually semi-final, last night was the first genuine show. 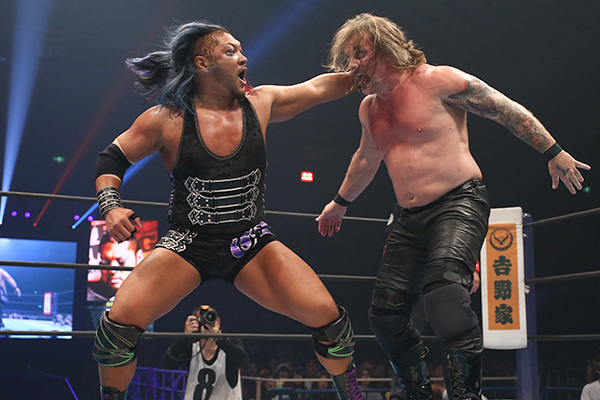 IN: Last time we had an interview you said that you prefer an arena to a stadium since you can control the audience more.

CJ: Like I said, the Tokyo Dome is such a giant animal, it’s hard to control because even if you have the crowd’s attention and they are responding how you want them to respond and doing what you want them to do; the sound travels up into the rafters. Whereas, last night in a venue like the EDION, the sound travels down. That makes a difference. You can feel the difference; the electricity is so much better. There’s pros and cons to wrestling in every venue, whether it’s the Tokyo Dome or Club Citta down in Tokyo. Every show has a different vibe, every show has a different crowd. Last night was a great crowd. They weren’t super loud all night long, but whenever you have a championship match, foreign guy, Japanese native, title at stake, you know that people are going to respond to it because they know the title can change. That adds more atmosphere, more drama and more prestige to the match.

IN: After the match you gave credit to EVIL – Evil is quite a tough wrestler so what do you think about EVIL, your opponent last night?

CJ: I’ve never been in a match with EVIL before. I think the fact that the match was so great; the quality, the fighting spirit, the intensity, the strong style. I think EVIL was very good. He’s got a great character, a great gimmick and I really enjoyed working with him. I think it’s the best match EVIL has ever had – a classic match, a must-see match. That makes it 1 for him and 557 for me, which is just a result of the experience that I have in comparison to EVIL. I really enjoyed it. He’s a very good wrestler here in Japan and I think he learned a lot from me last night. He almost won once or twice, which is surprising for me and good for him. But he didn’t win. I won, just like I said I would. 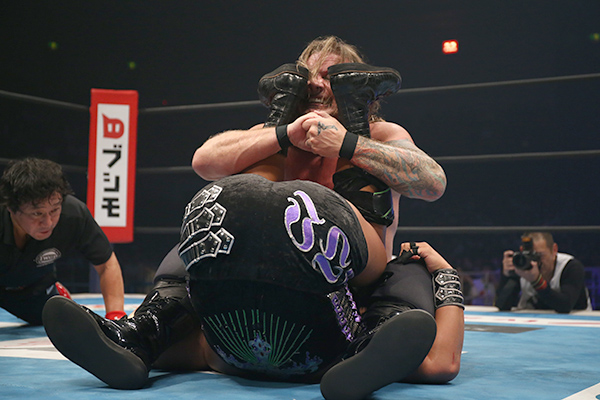 IN: Have you fought any wrestlers in the past who are similar to EVIL? In WWE or in Japan?

CJ: I don’t rate and think of performers that way, everyone is unique and different. If you say “Oh EVIL’s like this guy, or that guy” then it’s usually not a good thing. I think he’s got a great character. Obviously, it’s a little bit of an Undertaker theme, but it’s an original take on that. In the ring, I don’t know… it’s hard to compare…  He’s a very Strong-Style type of wrestler, but he’s fast. I just really think that if you put him in comparison with Okada, Kenny or Tanahashi; he’s different from those guys and I think that’s one of the reasons he has a chance to be a real top guy in NJPW because he’s unique, but he’s very good. He’s a very skilled wrestler; he has an exciting Strong Style, he’s kind of a throwback to Nagata and Choshu, that sort of style. He’s not really a high-flyer, but he can do anything that he needs to do to stand out. He’s a unique performer.

IN: You gave EVIL a Samson clutch during the course of the match. Older fans were surprised…

CJ: Oh really? Which one was that?

IN: Near the end of the match

IN: You did that naturally?

CJ: Oh yeah, it’s always a tribute to him… I just don’t remember doing that last night. I mean Fuyuki was a big Sempai for me and a big influence. When I was working for WAR in ‘94 and ’95, I was in Fuyuki-Gun with Jado and Gedo. He spoke no English but was very smart psychologically as a bad guy, as a heel. I learned a lot from him both about the psychology of wrestling and about Japanese wrestling. When we were having 8-man matches against Heisei Ishingun, 4 New Japan guys versus 4 WAR guys, 7 Japanese, 1 gaijin. I was only listening, not only learning Japanese but learning wrestling movement and always thinking. He was a very good mentor and I was sad when he died. What year did Fuyuki die?

CJ: Yeah that’s it. He was a very quiet guy, he came off as almost arrogant like intimidating, but I think maybe he was just shy, quiet but a very smart guy.

IN: I’d like you to talk a little bit about the match last night. After the match, Naito came into the ring and asked for a rematch, but you denied him, saying “No more rematches against Naito” why was that?

CJ: Why does Naito get a re-match? Why? What does he do? He beat Zack Sabre Jr. You know, ZSJ is a great technical wrestler, but I can break him in two like a branch. I beat Naito. I beat EVIL. To me, you don’t just get to have a re-match just because you say so. When I lost the WWE title to John Cena, I didn’t just come back the next day and say, “I want a re-match”, it doesn’t work that way. I don’t care what NJPW says, I don’t care what the NJPW officials say, I don’t care what Harold Meij says – there’s not going to be a re-match! If they want to try to make the match, I’m not approving it and I’m not agreeing to it. Hey, Naito’s amazing, he’s one of the best wrestlers in NJPW but I already beat him, so now you have to think of other matches that Chris Jericho can have, maybe versus Suzuki or Ibushi or Okada. Tanahashi even. These are the guys I’m looking at.