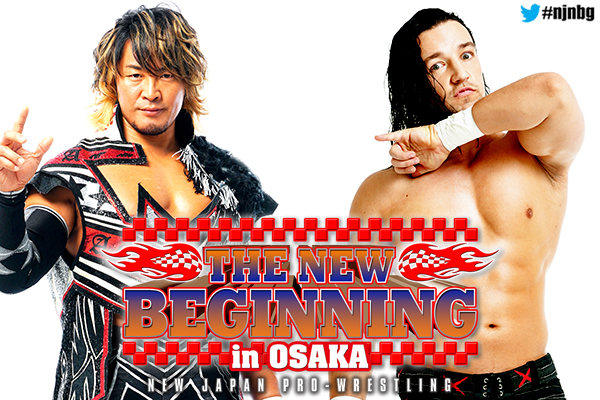 Full matches for THE NEW BEGINNING in OSAKA are announced!

The decisive bettle headlining THE NEW BEGINNING in OSAKA will be the IWGP Heavyweight Champion Hiroshi Tanahashi’s first title defense. He will defend the title against the challenger Jay White.

Tanahashi won the title at Wrestle Kingdom 13 in the Tokyo Dome from Kenny Omega in an epic confrontation where both parties struggled against each other in a battle over ideology and the future of Pro-Wrestling. After the match, Jay White confronted the champion backstage, the former having ruthlessly dispatched his former stable-mate Kazuchika Okada earlier in the night. He commented “I said that I was better than Okada and I proved it tonight, I’m better than you and I think you know it…I think I want to take [the title] from you.” With that, he declared war on Tanahashi.

Furthermore, after the 6-man tag match at NEW YEAR DASH!! at Korakuen the next day, Jay brutalized Tanahashi with a blade runner and staked a strong claim towards taking the title.

The two wrestlers fought three times last year. During Wrestle Kingdom 12 in Jay’s triumphant return after being on excursion, Tanahashi won handily. However, during the G1 Climax over the summer Jay White triumphed over Tanahashi in a frantic battle.

Finally in the fight over the rights to challenge the IWGP Heavyweight Champion in Wrestle Kingdom 13, during KING OF PRO-WRESTLING Tanahashi emerged victorious, but an angry and frustrated Jay took out his frustrations on the victor and events were set in motion that would end with him join the BULLET CLUB.

It had been a trilogy of matches that has been playing on the mind of the man who has finally regained his greatest treasure after four long years of disappointment. Having completed what he calls his “complete revival” its time for him to settle old scores. What kind of battle will we expect in what his opponent, SWITCHBLADE, calls “My New Era.” 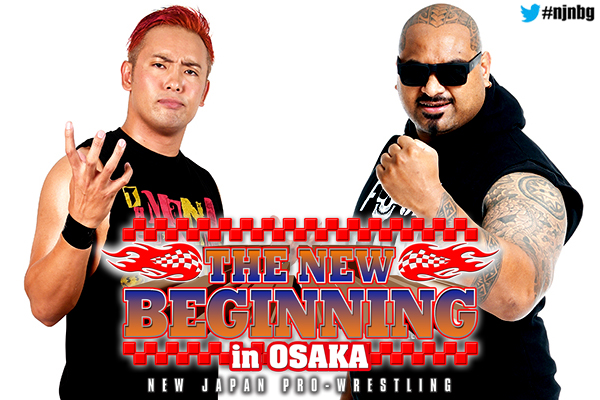 In the semi-main event (7th match), a special singles match between Kazuchika Okada and Bad Luck Fale will take place. Both took part in a 6-man tag at NEW YEAR DASH!! on January 5th. After the bell, BULLET CLUB brutalized Tanahashi in the ring causing Okada to rush back and try to rescue his new friend. Fale put a stop to any sort of rescue plans with a powerful Grenade on Okada.

Backstage, based on the fact that Jay had defeated Okada at Wrestle Kingdom 13 the day before, Fale told Okada “I think that you’re on your way out and I’m going to help you get outta here! I’m going to show you it’s time out!”

In 2018 Okada set new heights by reaching the legendary “V12” – twelve consecutive IWGP Heavyweight Championship defenses. However, in the latter half of the year, his progress stalled somewhat, but recently Okada seems like he has rediscovered his sense of purpose and is determined to revive himself in 2019. Determined to get revenge on the BULLET CLUB, the monster, Bad Luck Fale stands in his path. His revival will not be easy.

The two combatants have shown what they are worthy of in their encounters during the “NEW JAPAN CUP” and the G1 Climax. We are sure to be in for an exciting match. 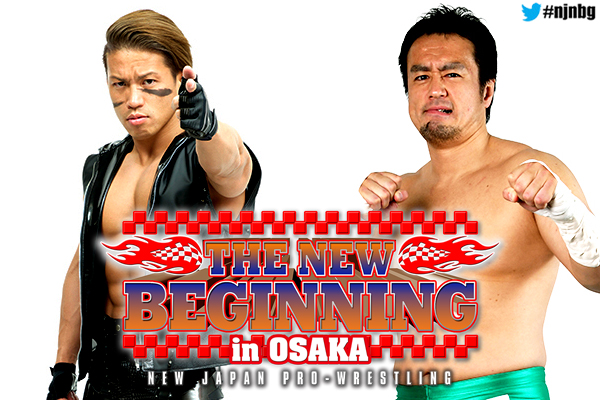 In the 6th match, Ryusuke Taguchi challenges the IWGP Junior Heavyweight champion Taiji Ishimori. Ishimori fought a fast-paced battle with KUSHIDA at Wrestle Kingdom 13, finally overcoming him with a Bloody Cross. After the match he declared that having won the championship for the first time will “elevate the level of NJPW’s Junior Division title. It will be REBORN!”

After the championship match Taguchi said “I got a sense of what Ishimori is about. I got it. The Junior title is within reach for me. Your ankle…I’ll take your ankle. I will challenge Taiji Ishimori.” The uncharacteristically serious tone in his voice was remarkable.
In recent years, as the head of Taguchi Japan, Rusuke Taguchi has taken a laid back approach to life, and his matches have been amusing affairs, but he is well known to be someone not be trifled with and is a fierce opponent. Taguchi makes his challenge for the IWGP Junior Heavyweight title for the first time in around 4 years, how does he plan to overcome the “BONE SOLDIER” who has shown remarkable ability in the Junior division using his physical prowess as a weapon since he joined BULLET CLUB last May? 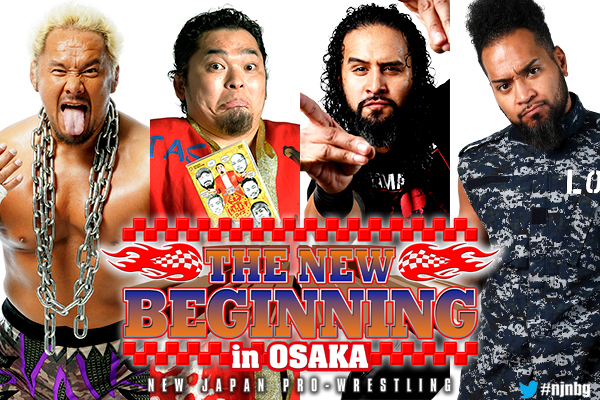 The 5th match pits the team of Togi Makabe & Toru Yano against the IWGP Tag champions Tama Tonga & Tanga Loa. Both teams came face to face at NEW YEAR DASH during their match for the NEVER Openweight 6-man Tag Championship, but before the match was over Yujiro Takahashi and Chase Owens came out to support BULLET CLUB before Tanga Loa was able to defeat his opponents. The challenger team left the match feeling unfulfilled and nursing a grudge.

Previously Makabe & Yano had reigned as the IWGP Tag Team Champions ten years ago, when Yano was a member of GBH. After abandoning Makabe to join CHAOS at the invitation of Shinsuke Nakamura, he has recently taken advantage of the cooling of hostilities between CHAOS and the main unit and decided to revive his former team. Both GBH and BULLET CLUB have been known for their dirty play, employing underhanded tactics such as allowing teammates to interfere. Will we see a clean fight here?