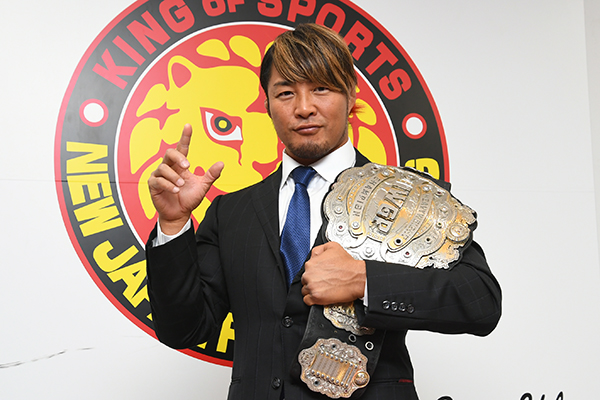 “No need to worry, I’ve got this!” The new IWGP Heavyweight champion Tanahashi is confident about his title defense against Jay White! Plans to take his tag-team with Okada “One step further”

A press conference was held at the New Japan Wrestling Corporate HQ on January 7th, (Monday). Hiroshi Tanahashi, the 67th IWGP Heavyweight Champion, who won at the Tokyo Dome on January 4th, talked about his feelings.

In addition, Tanahashi decided to accept the challenge from Jay White, which has been scheduled for the Osaka Prefectural Gymnasium (Edison Arena Osaka) contest on February 11th (Monday, National Foundation Day) 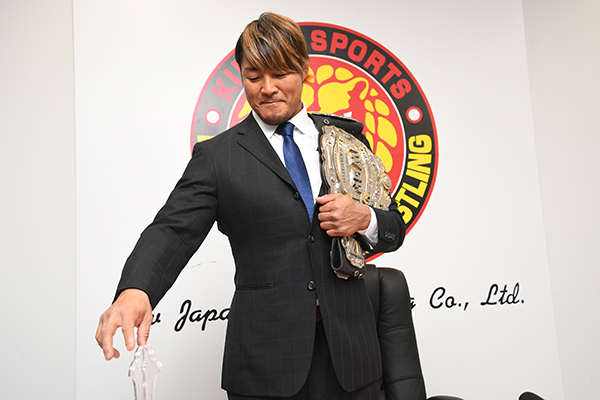 ■ Comment by Tanahashi
“It is I, the 67th IWGP heavyweight champion, Hiroshi Tanahashi. When I won the IWGP belt for the first time in 4 years, it was something fresh. I said in the post-match comments that it was like I had won it for the first time. The IWGP title had felt out of reach. Maybe that was the case. Today it is the 1st time for this new Tanahashi to take a picture of the belt. I’m not at the point where I can say I want to do this and that with the title. Not yet. First of all, I have decided the challenge. Even if I end up defeating Jay, there are still many challenges ahead. I am determined to at least hold this title until the Tokyo Dome shows in 2020 at least. This is my firm goal. Either that or I will take this belt and exceed my past defense records and exceed Okada’s streak. A lot of visitors saw me at the Tokyo Dome, and on the NJPW World. Thank you very much for watching me (*He bows*) That’s it from me.”

■ Q & A
– This will be your third singles match against Jay, whow do you think he’s doing?
Tanahashi: “The fact that Okada (Kazuchika) has been defeated at the dome must be acknowledged, so I will admit that ability, but there’s no need to worry, I’ve got this!.”

– Does he remind you of the old Okada, when he was with Gedo ?
Tanahashi “Well … somewhat… I am cautious about it, but it’s inconsequential … I do not need to be concerned”

– Do you have anything to say to Kenny Omega?
Tanahashi “I lost in Nagaoka, I won in the dome, my record against Kenny in singles matches is 1 win and 1 loss. I’m ready for a rematch anytime, but is Kenny going to work with New Japan Pro-Wrestling in the future? I don’t really know for sure…. But I get the feeling that our paths will cross again in the future.” 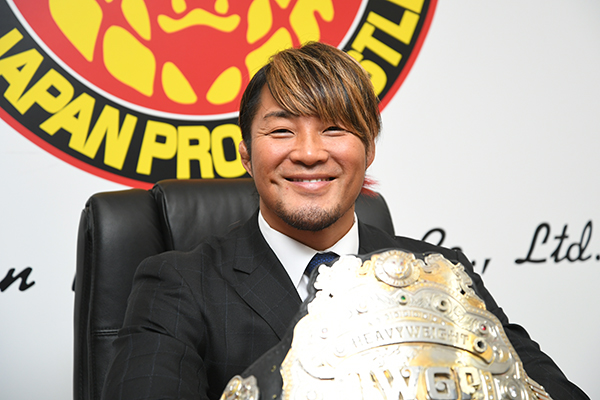 – On Saturday, February 2nd (Sat) In Sapporo, you will tag with Okada and fight against Jay White & Bad Luck Fale group. Since this is the first time you and Okada will team by yourselves, how do you feel about this upcoming card?
Tanahashi “I didn’t know that (laughs) Oh, is that the card that’s upcoming???? (After saying thing he nods) I see. Since, our opponents make a very powerful tag team, having seen the state of the Tanahashi / Okada team, we have to really step up our game.

– After the match at Tokyo Dome, you only played air guitar once, are you fed up with doing it?
Tanahashi “Heh Heh Heh … (smiles bitterly) … No, I’m not fed-up with it … Um… … Can I this say honestly? Uh, at the time I won, a member staff said “You only have so many minutes to make post-match comments” Don’t you get it?! That means I cannot do the special effect that I often do! (*Makes an electric guitar sound effect*) You know what I mean (*does it again, but louder*). So, if I play air guitar more than twice I will lose the impact of the last one! It’s like being stuck between a rock and a hard place (more bitter smiling). I also really wanted to play air guitar for the fans. But I was in rough shape. Also, the staff said “Mr. Tanahashi, we do not have time!” This is not really something the fans need to know, but that’s what happened. But from now on, no matter what, I’m going to summon my last ounce of strength to fulfill the fans dreams. 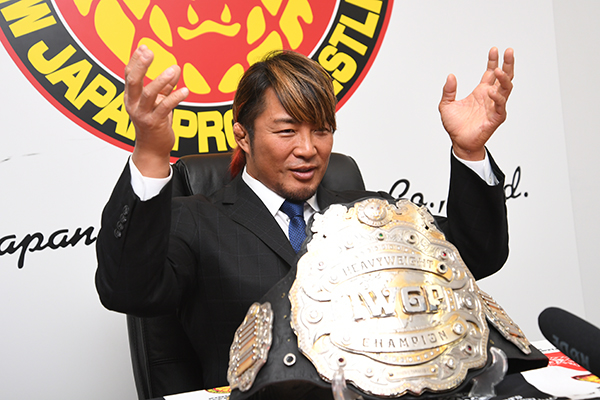